Last summer, we heard Aston Martin was planning to phase out its Rapide sedan following the introduction of the automaker’s next-generation sports car platform, which makes its debut next year in the DB9 replacement. The good news is that Aston Martin won’t be exiting the sedan segment completely, as a new four-door, most likely badged a “Lagonda”, will eventually arrive.

The new sports cars, replacements for the DB9, Vantage and possibly the Vanquish, will come first, and will be followed by a production version of the recent DBX crossover concept. Then it will be time for the sedan. Note, the new sedan will be completely unrelated to the current Lagonda Taraf, which is actually a modified Rapide. 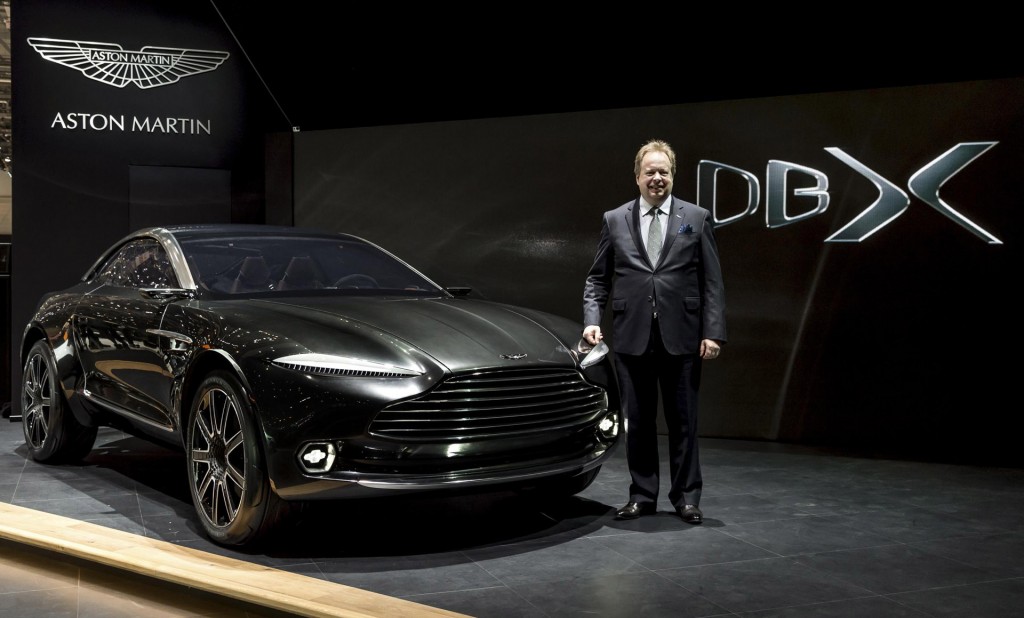 As for the new crossover, Palmer said it will have a more conventional five-door body, as opposed to the DBX’s three-door design, but the general proportions of the concept should remain. The key will be to boost the car’s practicality while keeping its “beauty”.

And while the DBX was said to be purely electric, any production version will come with a regular internal combustion engine, and possibly a plug-in hybrid option at some point. Aston Martin is investigating EVs, though, and is expected to build an electric version of its Rapide in the next year or two, possibly with 1,000 horsepower on tap. But this one won’t be for sale—Palmer calls it a “technical study”. Aston Martin is seriously looking at EVs as a way to offset the carbon emissions of its V-12 models, a necessity for things like CAFE regulations.