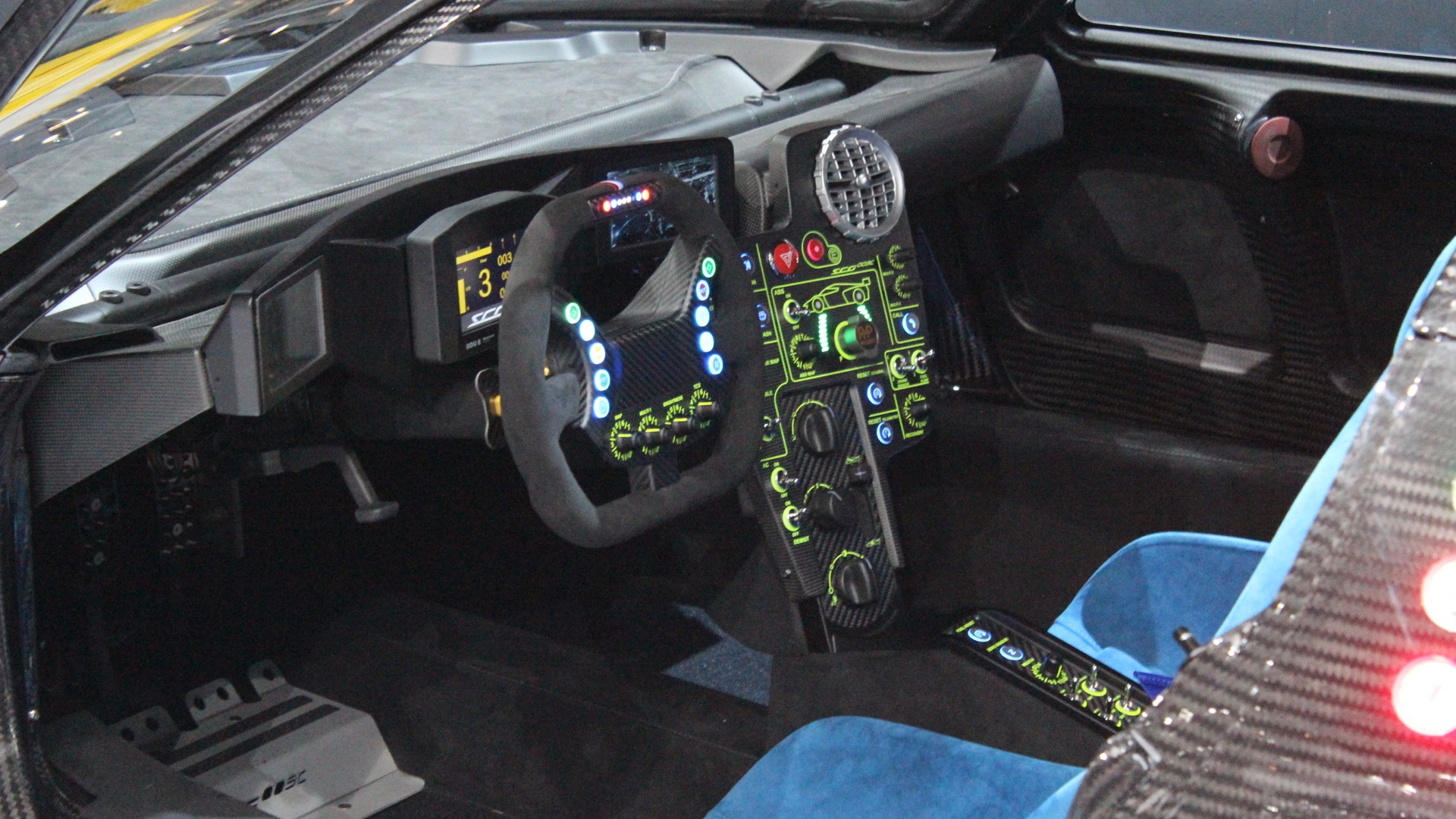 We may soon see Porsche’s 6:57 production car Nürburgring lap record, set by the 918 Spyder in 2013, slashed dramatically by Scuderia Cameron Glickenhaus’ new SCG003 supercar. The car in race trim already set a time of 8:12 for the full length track, which includes the regular 12.9-mile Nordschleife and the 3.2-mile Grand Prix circuit, during last weekend’s ill-fated 2015 VLN season-opener, where a spectator was killed, and this, says SCG, could mean a lap of the Nordschleife in as little as 6:42.

But this is the time for the SCG003 Competizione, the racing version of the SCG003. In street mode, the car could be even faster! That’s because the SCG003 race car’s 8:12 time was set with numerous other cars on the track. The SCG003 was also bogged down by ‘Balance of Performance’ regulations, which meant its power was limited and its curb weight increased with ballast. Without these hindrances, the SCG003’s time could slip into 6:3X territory.

The performance of the SCG003 race car is a good guide for that of the street car. Remember, unlike most cars, the differences between the SCG003 in street and race modes are very minor, with the main difference being the massive rear wing attached to the race car, so their on-track performance should be similar. In fact, for the Nürburgring 24 Hours race in May, there are rumors SCG founder James Glickenhaus will drive from his hotel to the race track in the SCG003 and then hand it over to the race team which will then compete in the grueling 24-hour event after making a few mods.

Right now, however, everything is up in the air as an investigation into safety requirements for the VLN, which the N24 race is part of, is finalized. Right now, organizers of the VLN have put a stop to any GT3-spec cars and those from the special classes like the SCG003 from running at the ‘Ring pending the outcome of the investigation.

Note, we’re using the word “production” here loosely. As yet, SCG has built just two SCG003s, and only one of these has been sold to a private customer. Guinness requires that a car needs at least 30 examples built to be considered a production car for one of its records, thus any time set by SCG should really be grouped with purely street-legal cars like those from Radical rather than production cars like the 918, unless of course SCG manages to find a lot more buyers. No easy task considering the SCG003 is priced around $2.5 million.