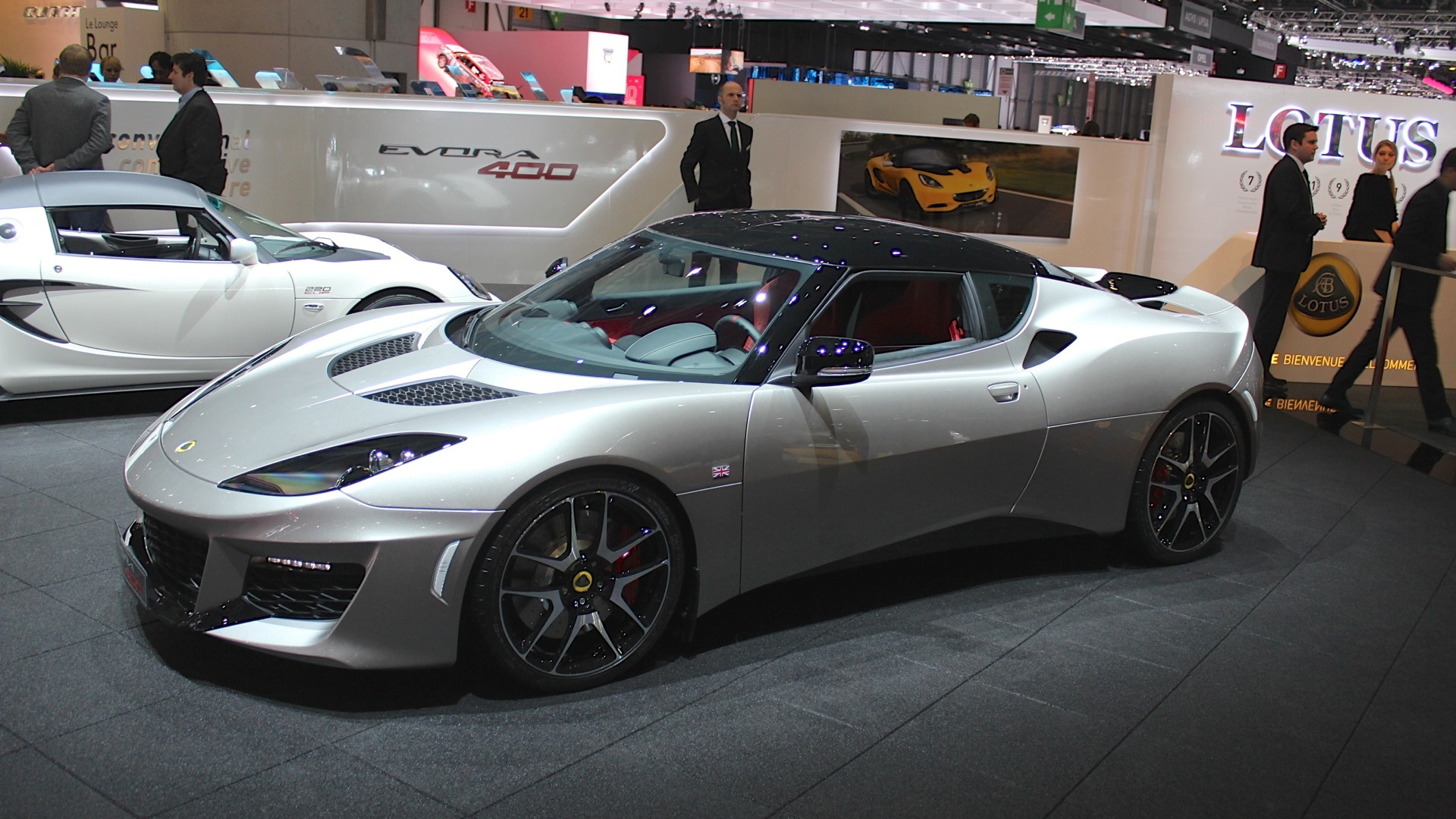 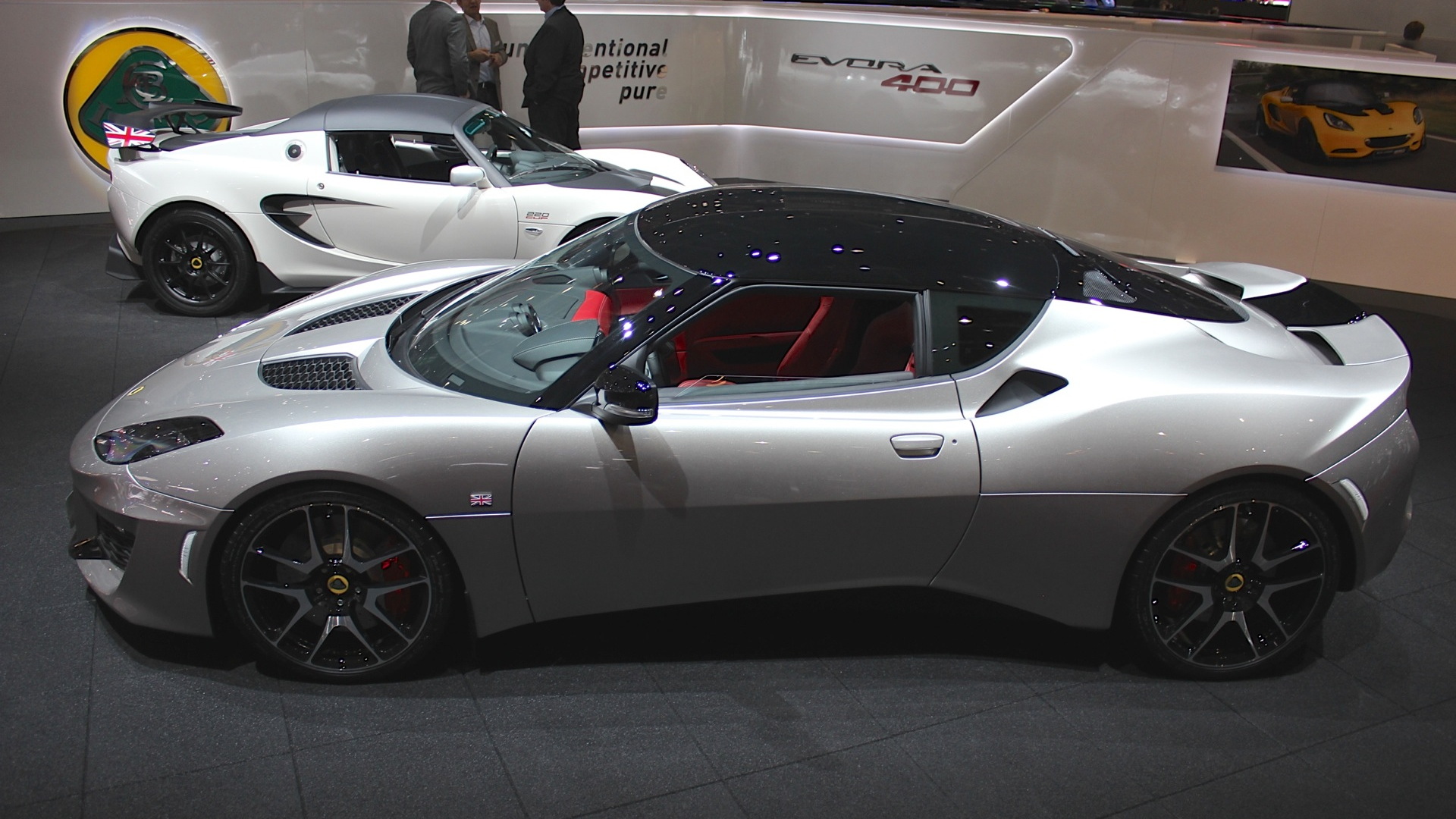 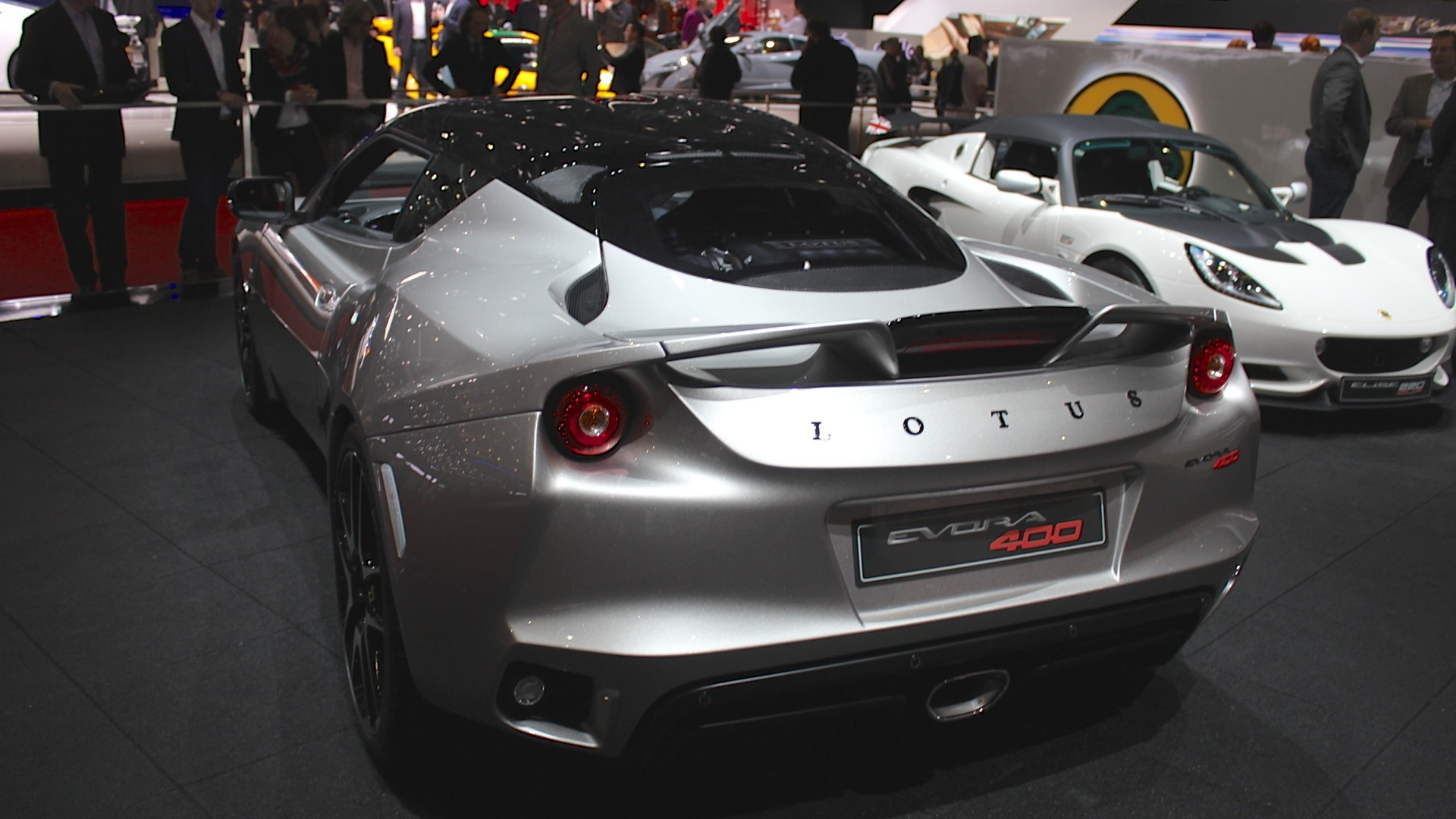 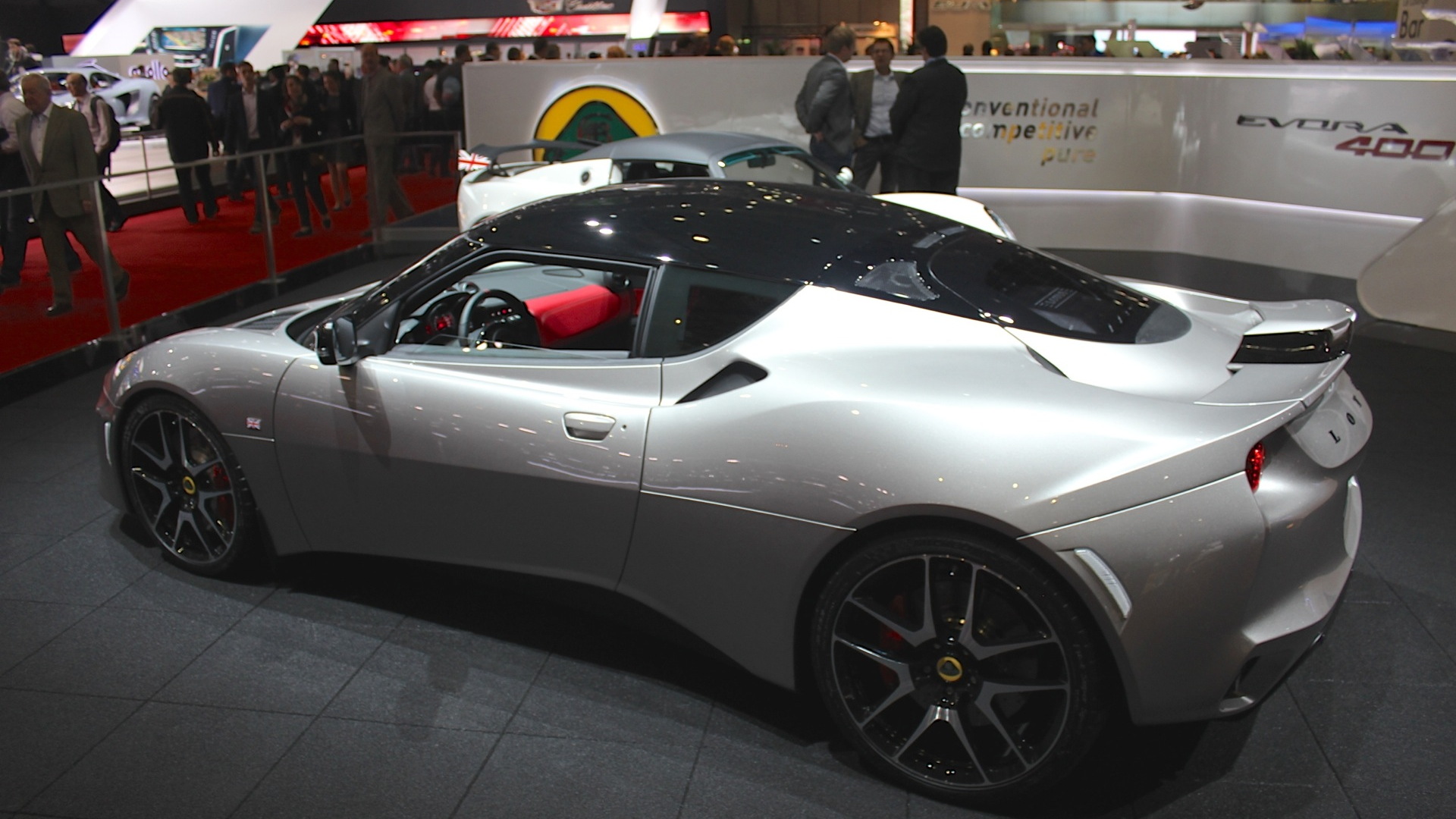 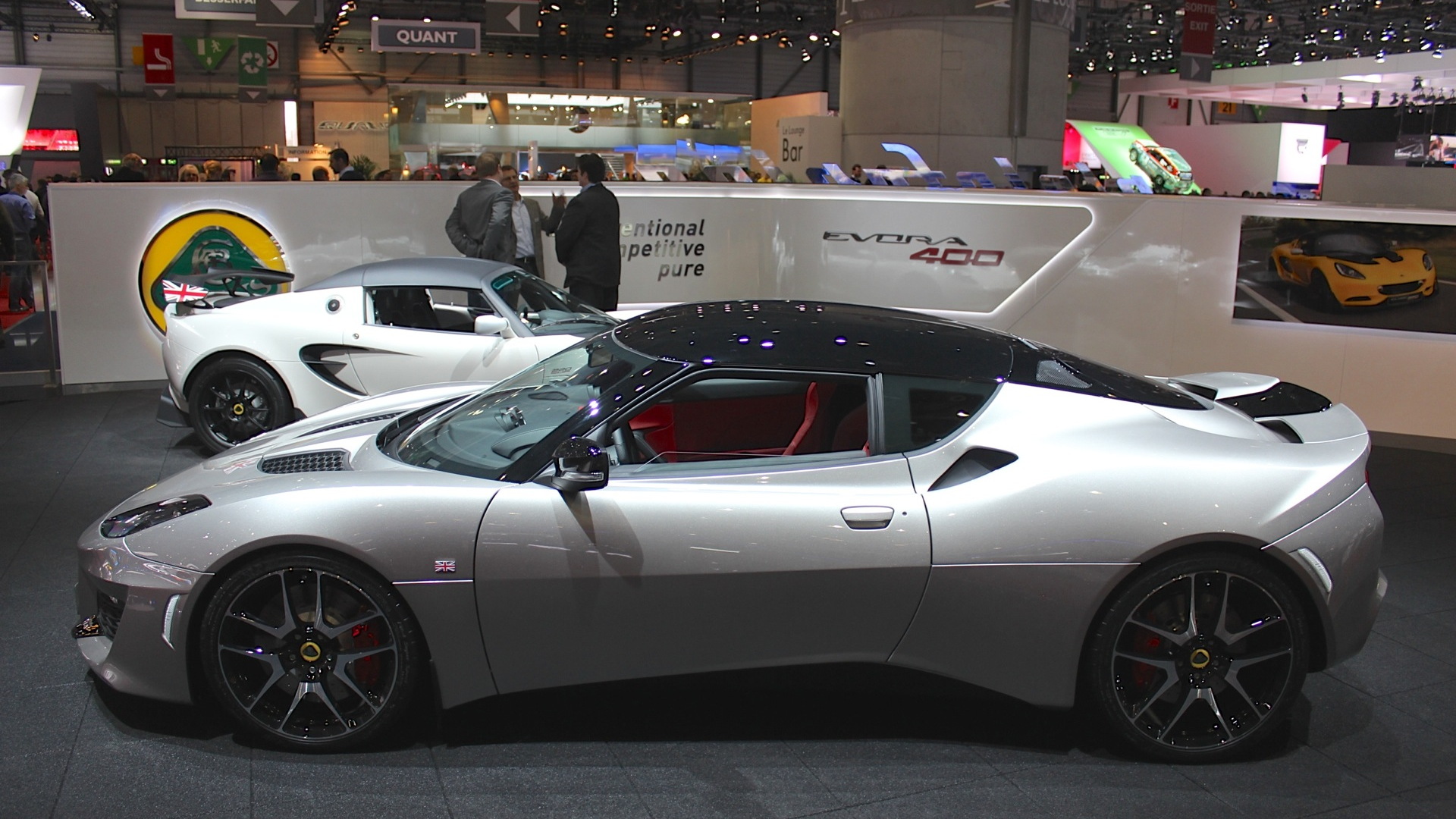 It’s no secret that British sports car brand Lotus has been struggling—heck, it only has one road-going model on sale here—but the company has embarked on a turnaround strategy devised by straight-shooting CEO Jean-Marc Gales and is planning a host of new models, starting with a revamped version of its Evora flagship.

The new version is called the Evora 400, and with 400 horsepower and 302 pound-feet of torque generated from its supercharged 3.5-liter V-6 it promises to be the fastest road-going Lotus to date. Some of the performance claims include a 0-60 mph time of just 4.1 seconds, a top speed of 186 mph and a lap time of Lotus’ Hethel test track that’s six whole seconds faster than the current Evora, which is rated at 345 hp and 295 lb-ft. 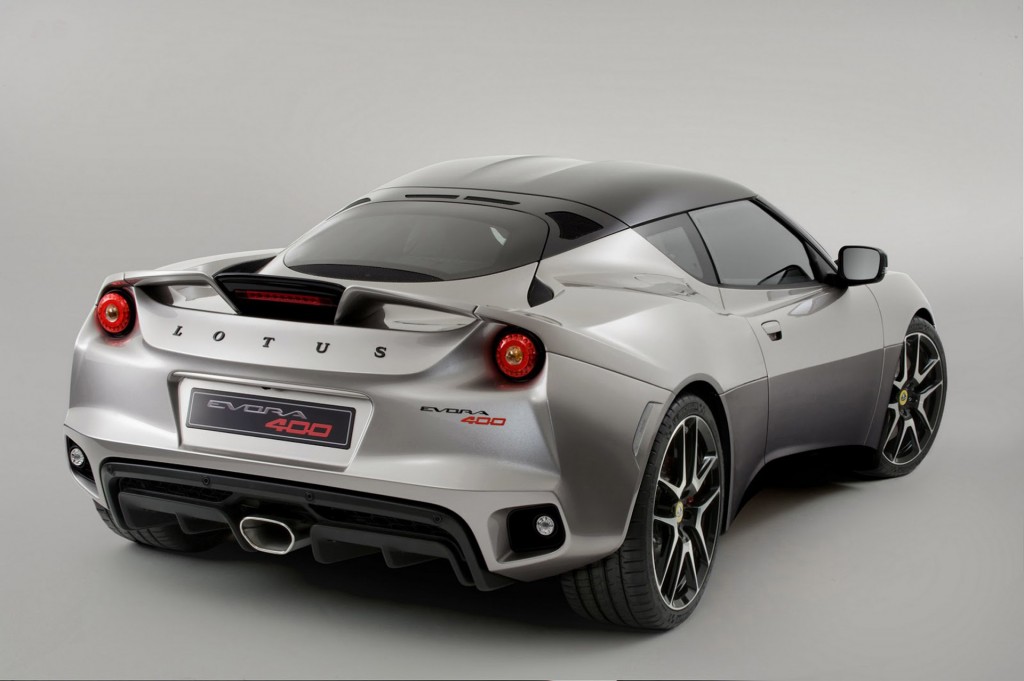 The engine is mid-mounted and drives the rear wheels via a six-speed manual or six-speed automatic with paddle shifters. For manual-equipped models, a Torsen-type limited-slip differential has been fitted as standard, while the automatic-equipped model benefits from a new shift strategy compared to the current Evora. Another highlight is a switch in the dash that allows the driver to control the level of traction between "Drive", "Sport" and "Race" settings.

The current Evora’s aluminum monocoque chassis remains in the transformation to the Evora 400, but there have been subtle improvements made almost everywhere. According to Lotus, every component was scrutinized to determine where lightness could be added. Key mods include new engine mounts, a new rear sub-frame and carbon fiber body panels. Total weight savings amount to roughly 50 lbs.

CHECK OUT: What An F1 Car Would Like If Ferrari’s Road Car Division Penned It

For the interior, there has been a comprehensive round of changes. The most significant is a narrowing of the Evora’s wide door sills to ease egress and ingress (the sills are 43 millimeters narrower per side and 56 mm lower than before). This has been achieved without degradation of either torsional stiffness or bending stiffness of the chassis, Lotus tells us. 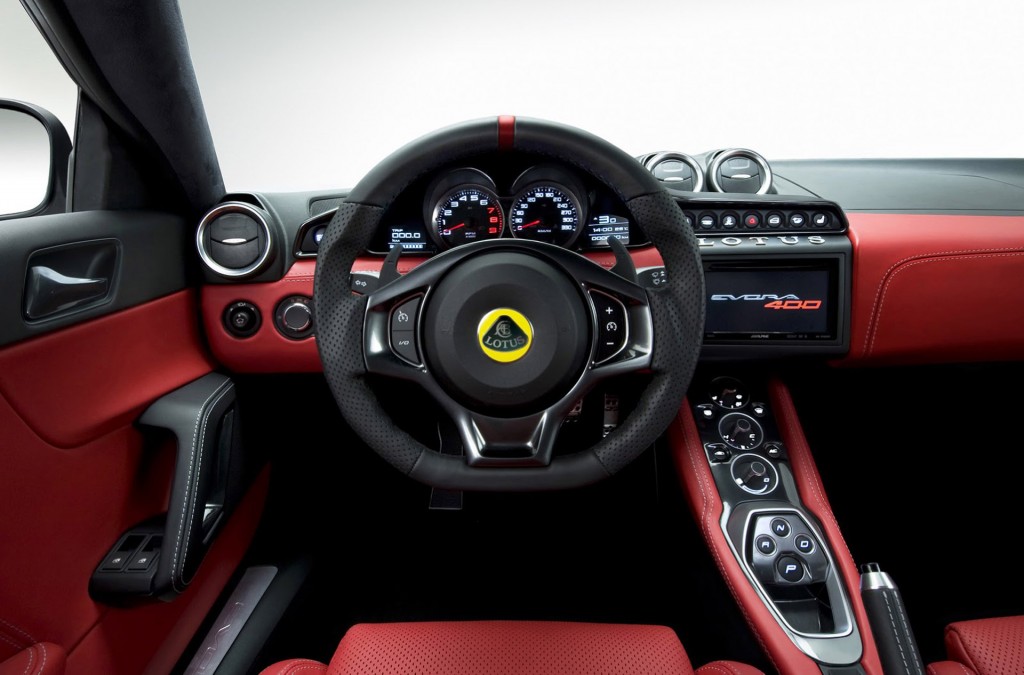 “We have always said that to make a car better, you must make it faster and lighter,” Gales said in a statement. “We have achieved this, of course, but we didn’t stop there, as the considerable number of changes in the interior, chassis, engine and body design have warranted emphatically, the title of a new Lotus Evora.”

The Lotus Evora 400 is currently on show at the 2015 Geneva Motor Show. It will land in showrooms in December of this year, as a 2017 model. Note, Lotus isn’t offering 2015 and 2016 Evoras. Instead, the company has enough 2014 Evoras on stock to satisfy demand until the Evora 400 arrives.

To accommodate the expected demand for the Evora 400, total production of Lotus cars (Evora, Elise and Exige) is planned to increase to 70 cars per week by September of this year. Current build volumes are around 45 cars per week.