For a car that’s officially been out of production since 2013, Pagani’s original Zonda supercar appears to have an awful lot of special edition models still in the works. The latest is another variant of the Zonda 760 line, and it’s the first we’ve seen with the Zonda’s roadster bodystyle. It also features a conventional manual transmission, just like the Zonda 760 owned by Formula One ace Lewis Hamilton (shown below).

This particular Zonda 760 features a blue and bare carbon finish similar to that of the Zonda Revolucion we saw at the 2014 Geneva Motor Show, officially the last of the Zonda supercars. It was at London detailer Topaz where it was receiving a clear protective film prior to being shipped to its owner. According to Shmee150, who was at Topaz to do some filming of the awesome cars being worked on, Horacio Pagani himself visited the workshop to ensure the results were perfect.

You may recall that Jay Leno previously made a video where a protective film was being applied to his McLaren P1 supercar.

ALSO SEE: Mercedes-Benz May Have The Best Ad Of Super Bowl XLIX: Video

Like all Zonda 760s, the car will be fitted with a 760-horsepower version of the Mercedes-AMG 7.3-liter V-12 used by Pagani, as well as a host of other upgrades borrowed from the track-only Zonda R. As for the car’s owner, he or she has wished to remain anonymous, even requesting that the initials applied to the car be covered for filming. 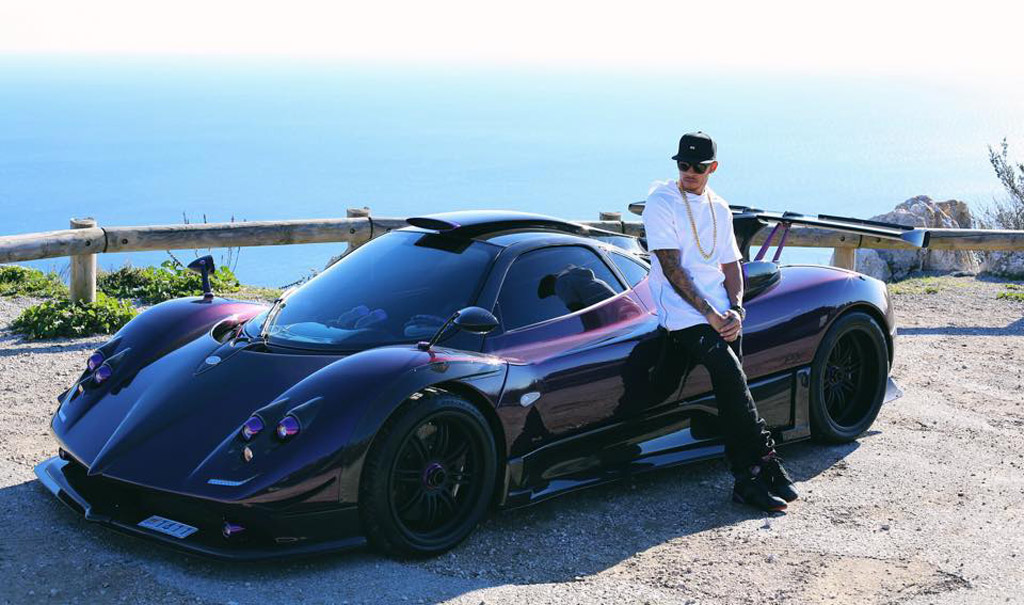