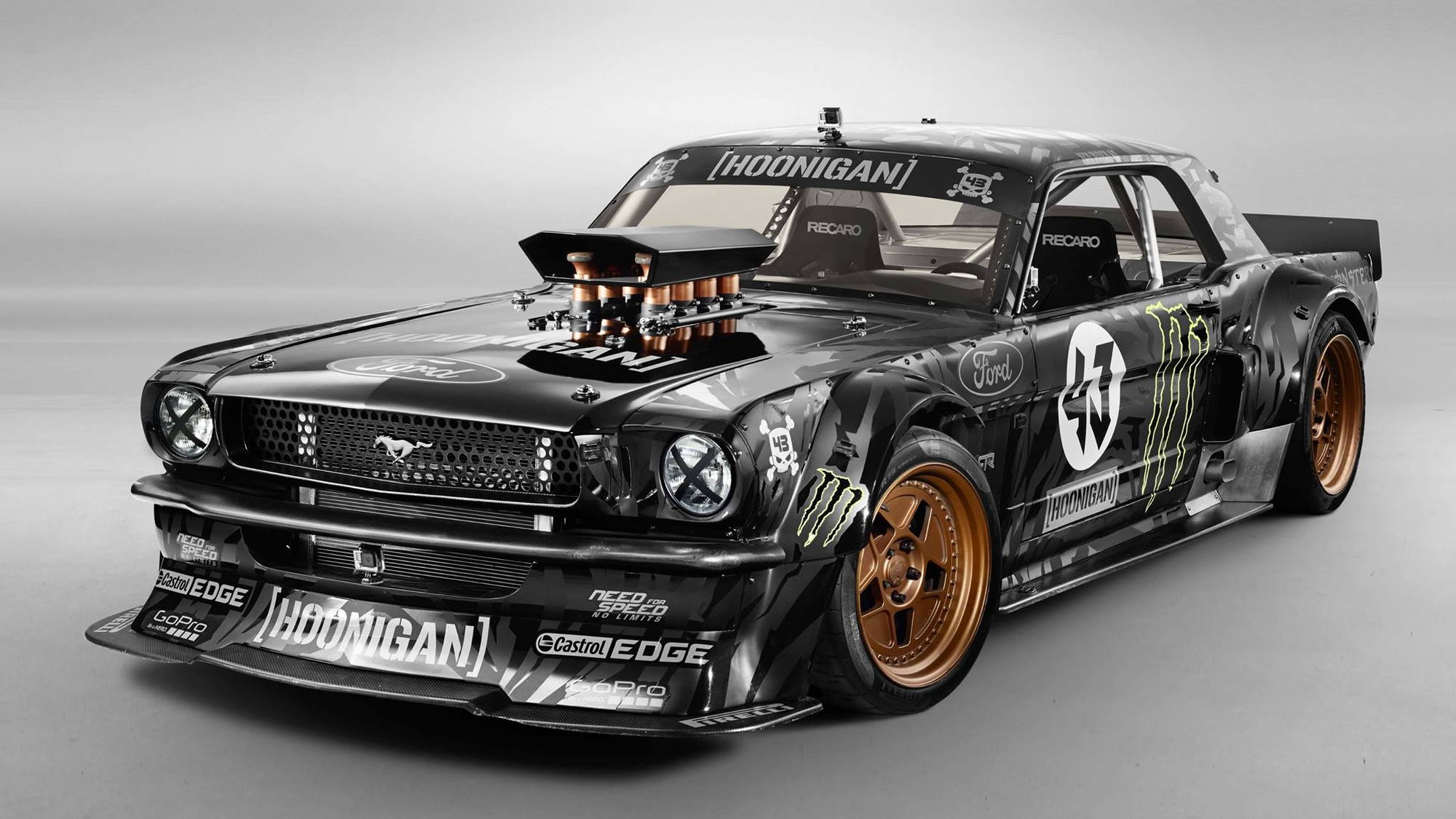 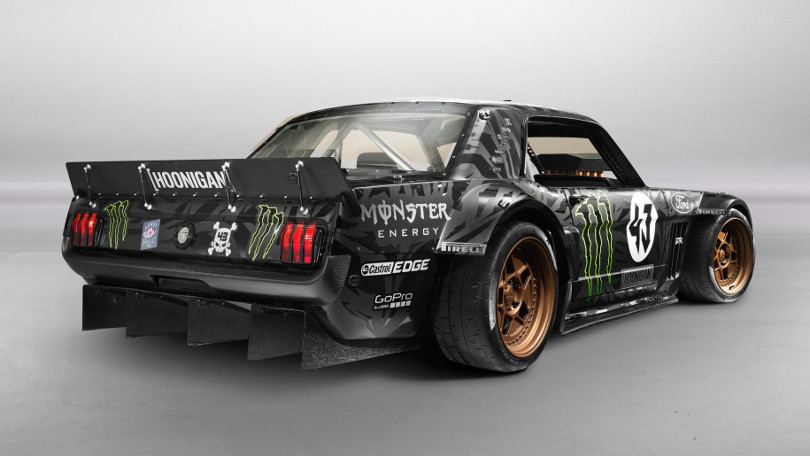 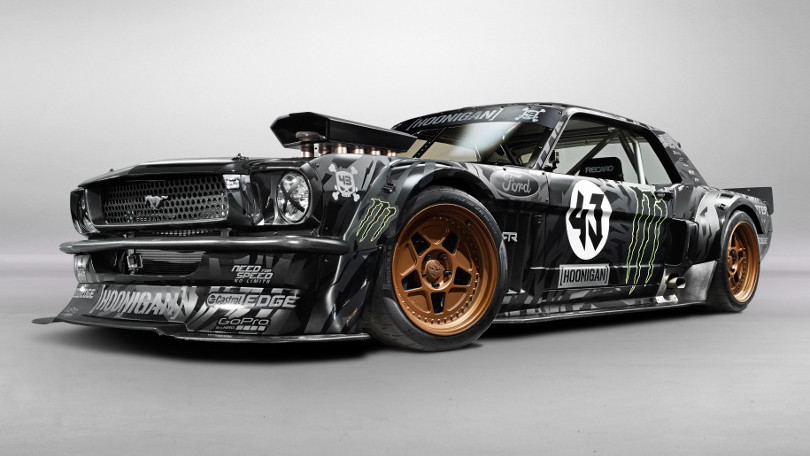 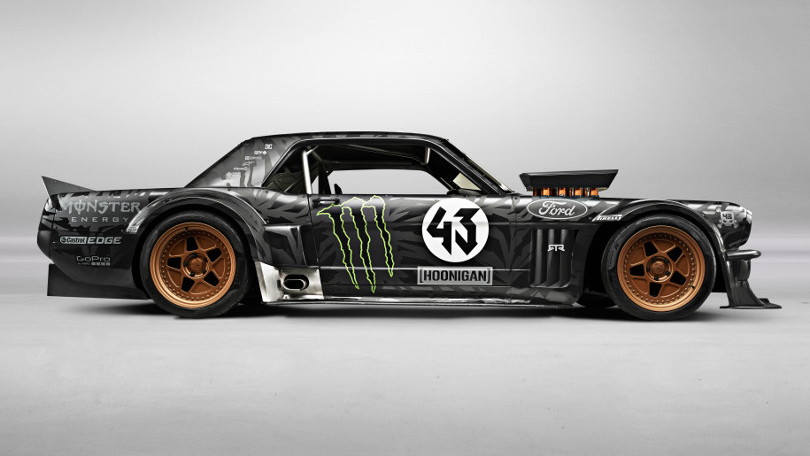 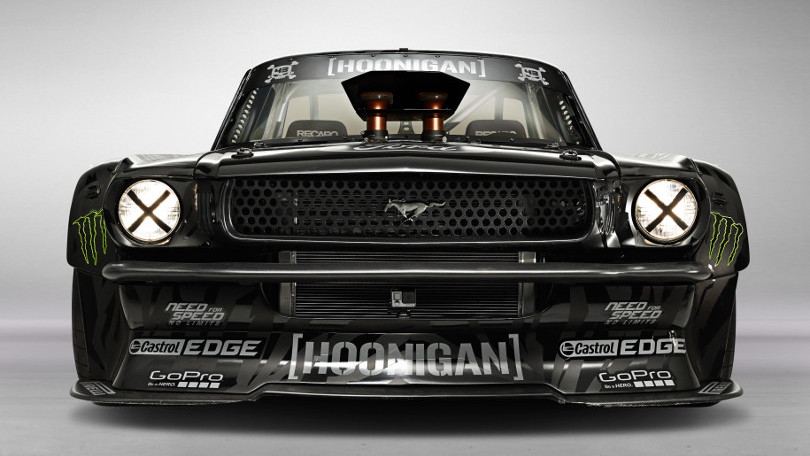 8
photos
SEMA is kind of ridiculous, most of the time, with everyone from tuners to manufacturers unveiling their most extreme—and often most tasteless—takes on everything from the family minivan to the heaviest super-duty trucks. But one item on display at SEMA this year is utterly badass.

It’s Ken Block’s Hoonicorn RTR, an 845-hp all-wheel-drive retro-modern 1965 Ford Mustang built to do what Block does best: hoon. It will be featured in Gymkhana 7.

“I’m stoked to be able to publicly unveil this car for the first time at SEMA in the Ford booth,” said Block. “This is a project that I’ve been working on for two years, so to see it fully come to fruition and be able to drive it for Gymkhana SEVEN was absolutely amazing. I also knew that working with Vaughn [Gittin Jr.] and his RTR team was the right choice for this project since Mustang’s are their world, but they really went above and beyond on this car. The attention to detail with the fabrication and bodywork blows my mind. This is hands-down the best Gymkhana car I’ve had yet.”

Sporting a Roush-Yates 410-cubic-inch (that’s 6.7 liters) V-8 engine, the Hoonicorn was built over a period of two years at North Carolina’s ASD Motorsports, with the help of RTR, Vaughn Gittin Jr’s tuning brand.

A Sadev all-wheel-drive system (built just for the car),  six-speed transmission, some rather flamboyant body work inspired by WRC and DTM, and a hellaciously mean graphics package—plus some rather comely bronze wheels—complete the package.

Is this almost certainly the most interesting Mustang to come along in years? Yes. Is it perhaps the most badass ever? We’ll have to wait for Gymkhana 7 to find out.