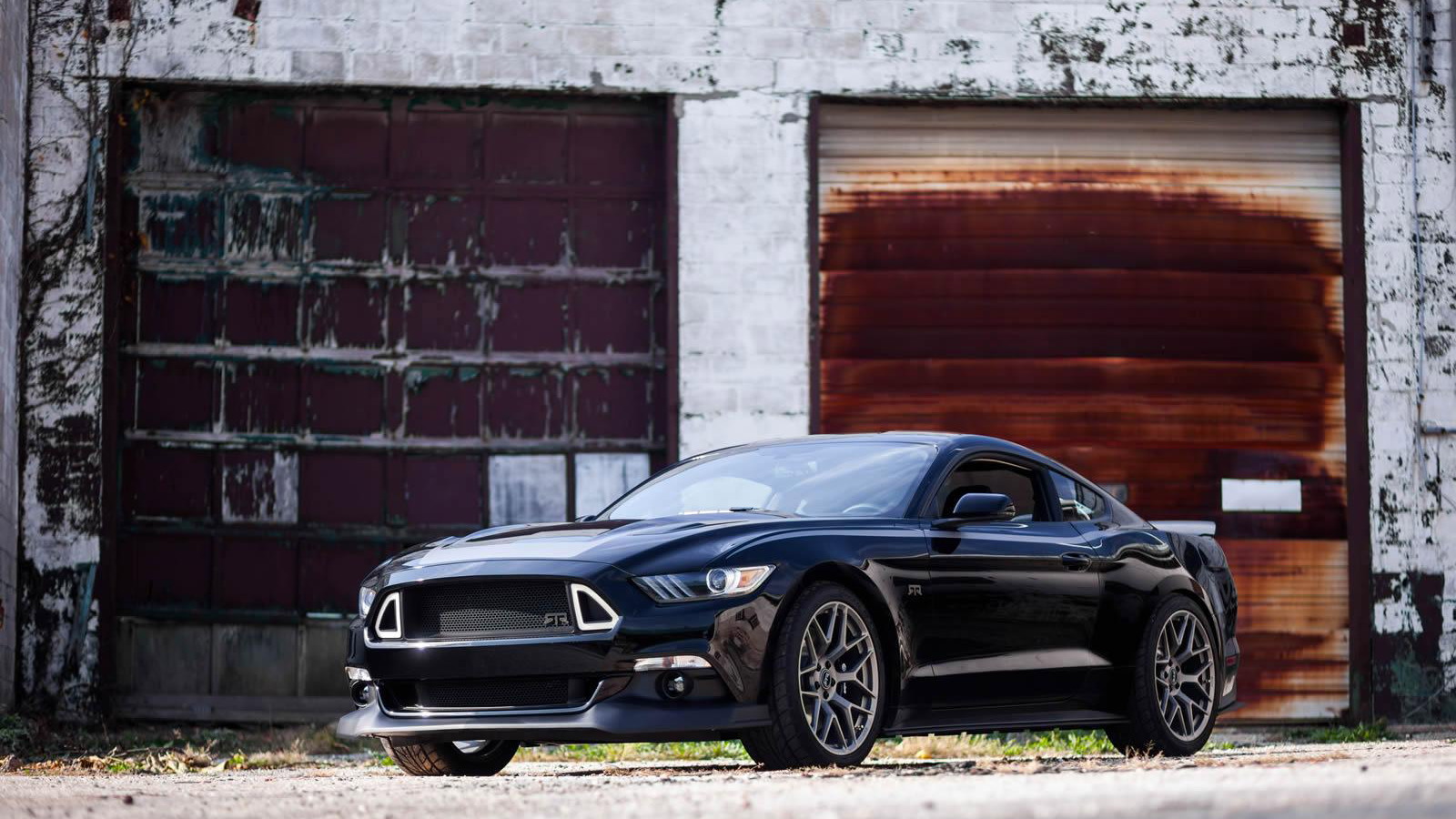 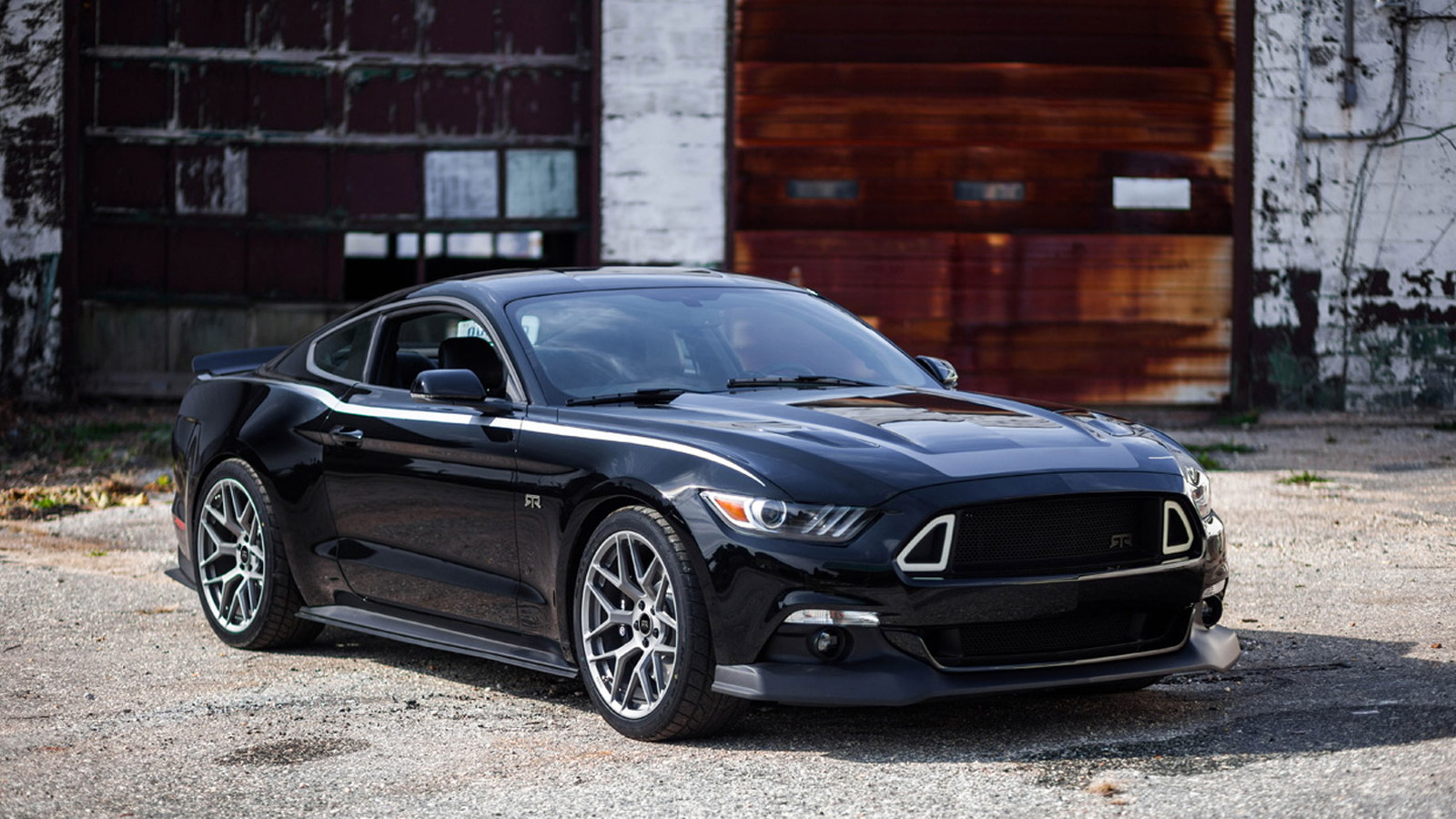 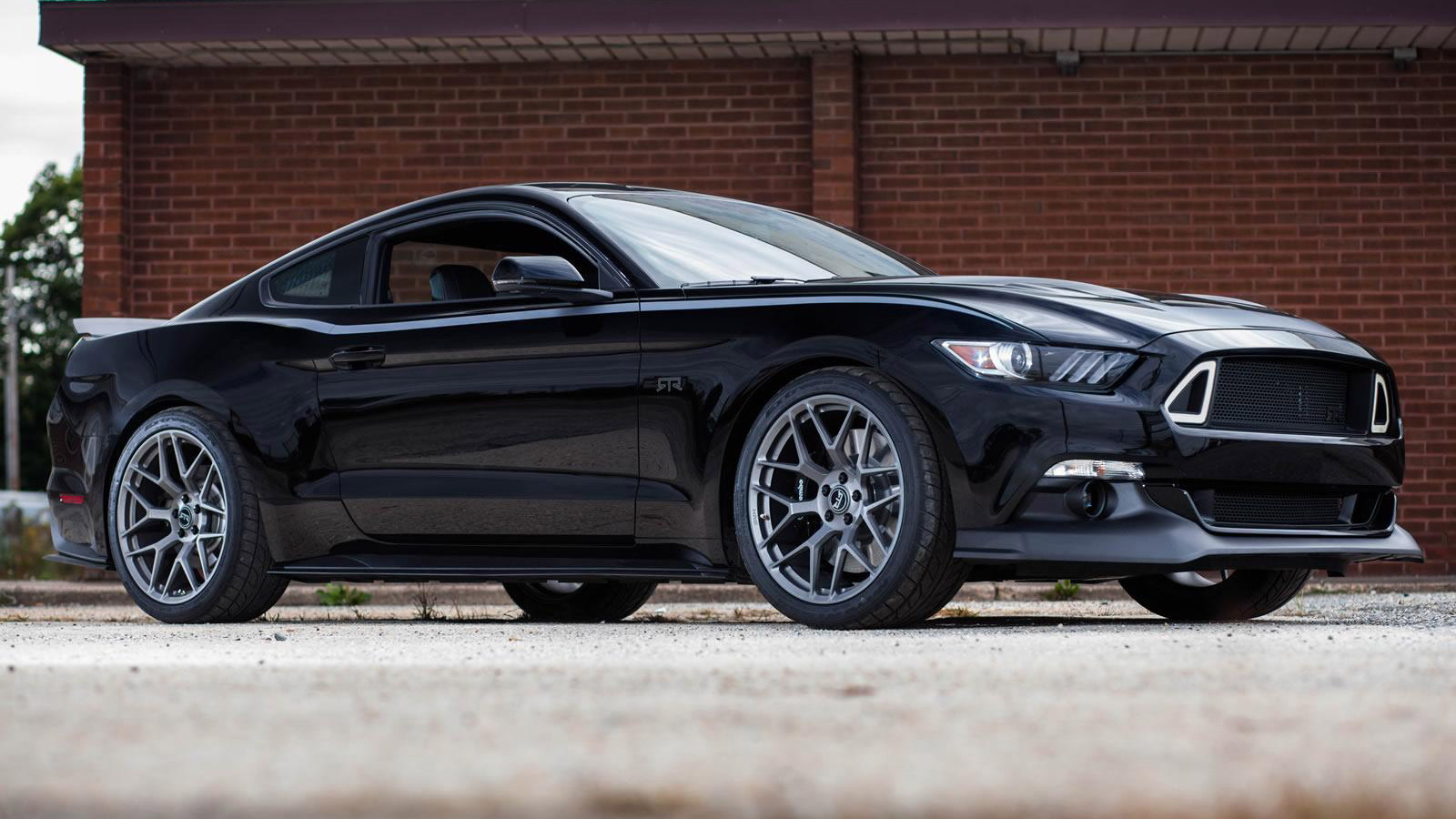 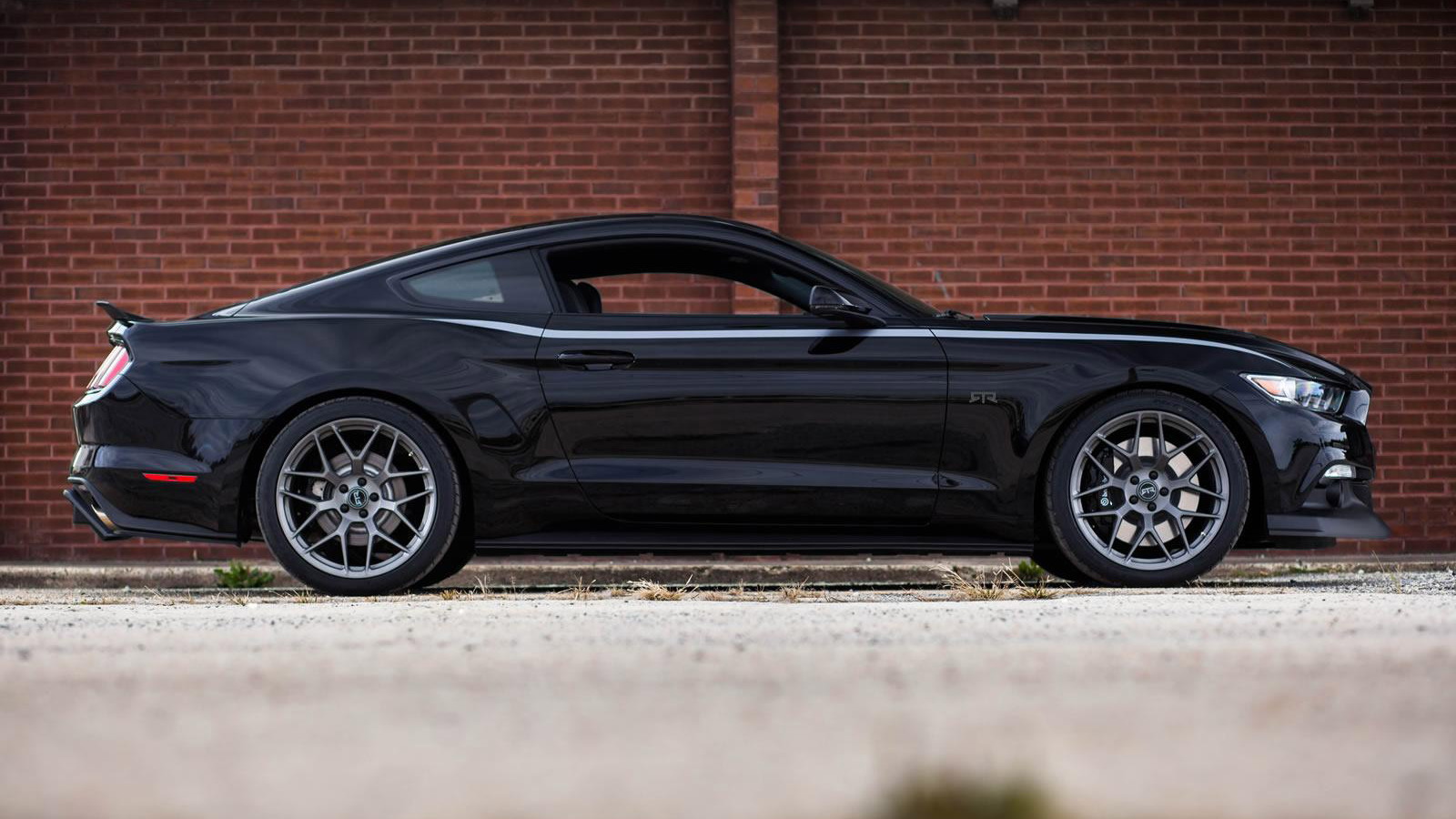 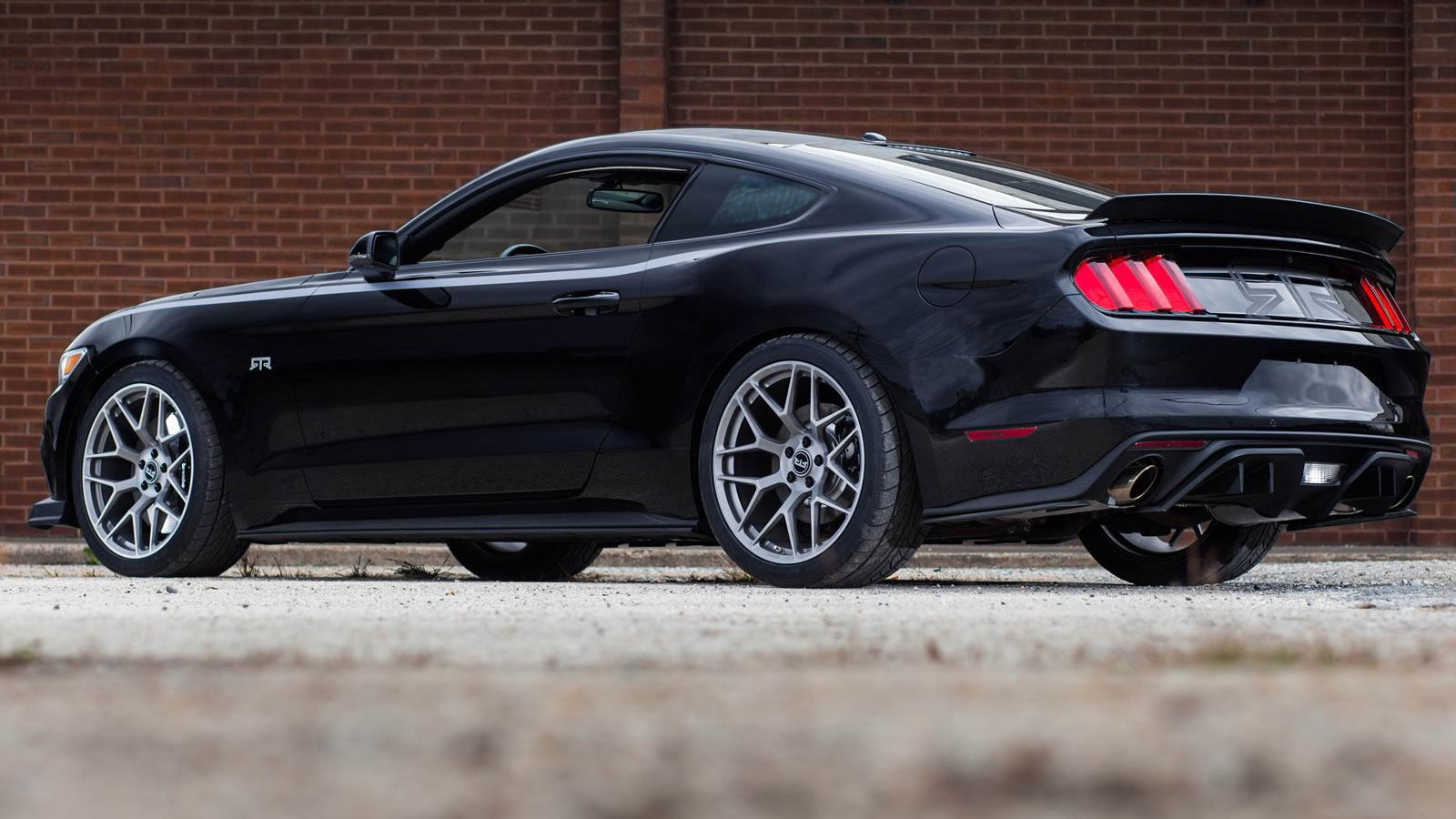 Drifter Vaughn Gittin Jr. has completed development of his RTR package for the all-new 2015 Ford Mustang, which he revealed today at the 2014 SEMA show taking place this week in Las Vegas. The 2015 Ford Mustang RTR is available with any of the 2015 Mustang’s engines, with a  Spec 1 package focusing purely on appearance modifications and a Spec 2 package including both appearance and performance upgrades.

The appearance mods include a chin spoiler, custom upper and lower grills, a rear spoiler, a rear diffuser and new side sills. The performance modifications include adjustable dampers and sway bars, lowered springs, a cold air intake, a custom Magnaflow exhaust system, and a supercharger. The most powerful Mustang RTR is rated at 725 horsepower and features the Mustang GT’s 5.0-liter V-8 with the supercharger attached.

Gittin Jr.’s first Mustang RTR was introduced back in 2009. Since then the dealer-installed upgrades have become wilder and grown to include appearance, engine and chassis modifications, offering something for everybody. In fact, for 2015, many of the upgrades are available as individual parts so fans can pick and match exactly what they need.

The 2015 Ford Mustang RTR will be available in January 2015, and this time Mustang fans from around the globe will have access to it. Yes, with the release of the 2015 Mustang, RTR upgrades will be available at an increasing number of Ford Motor Company [NYSE:F] dealers worldwide now that the Mustang is going global.

“Ford has really done an amazing job with the new 2015 Ford Mustang,” Gittin Jr. said at today’s reveal. “The all new platform has very easily allowed us to mesh RTR’s tastefully-aggressive styling and modified performance to offer our most capable, best-handling fun-to-drive RTR’s to date.”