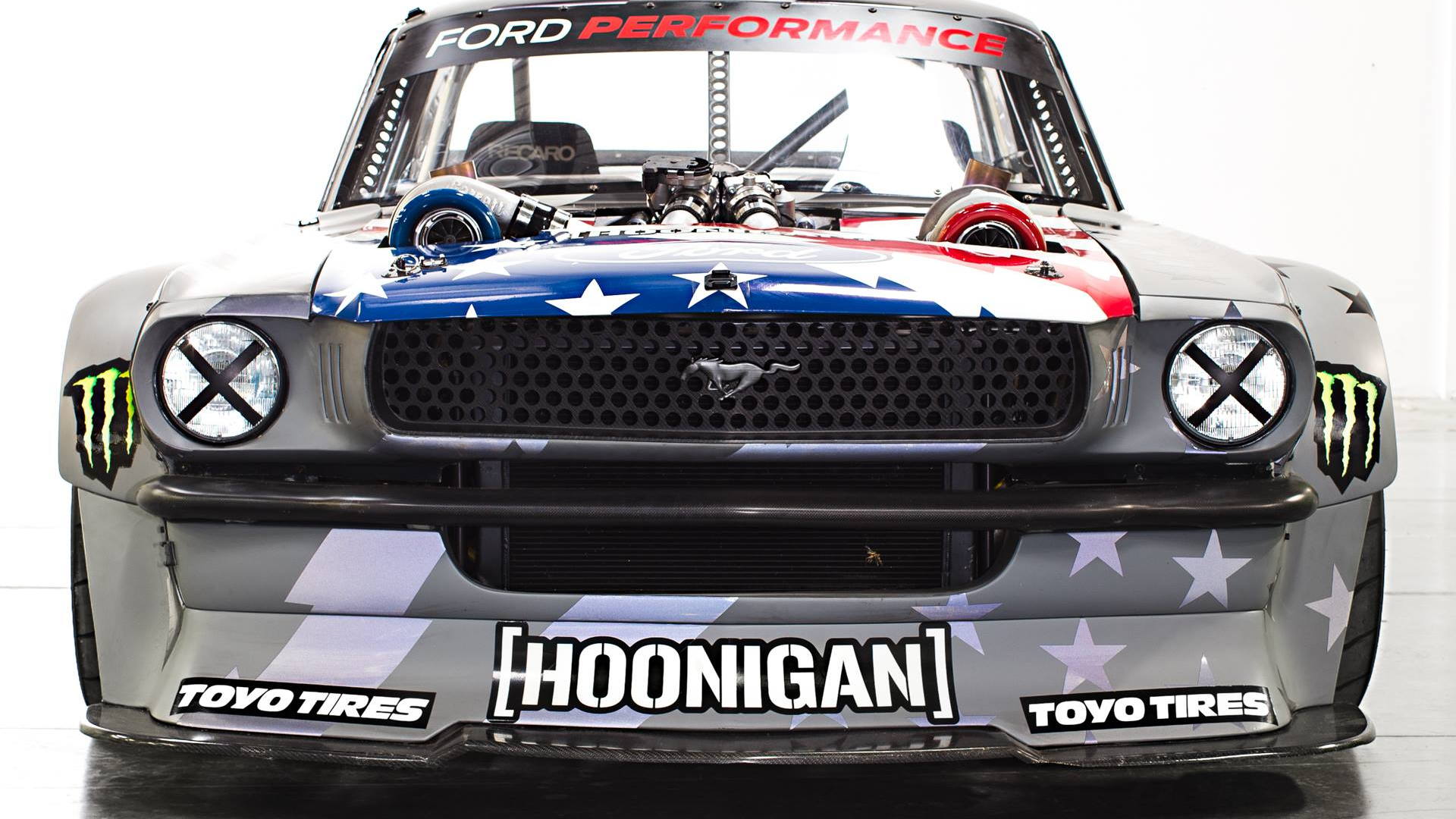 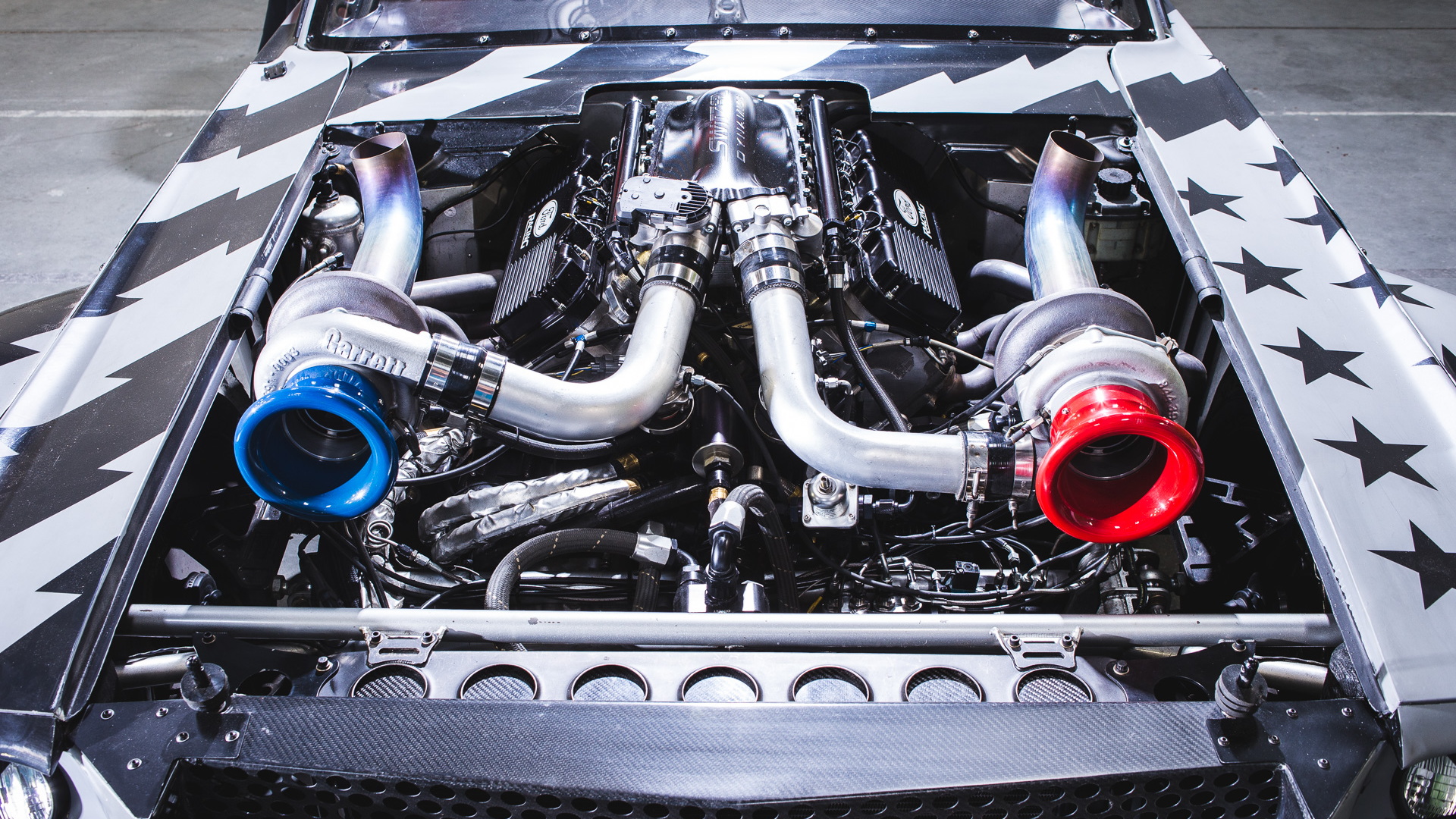 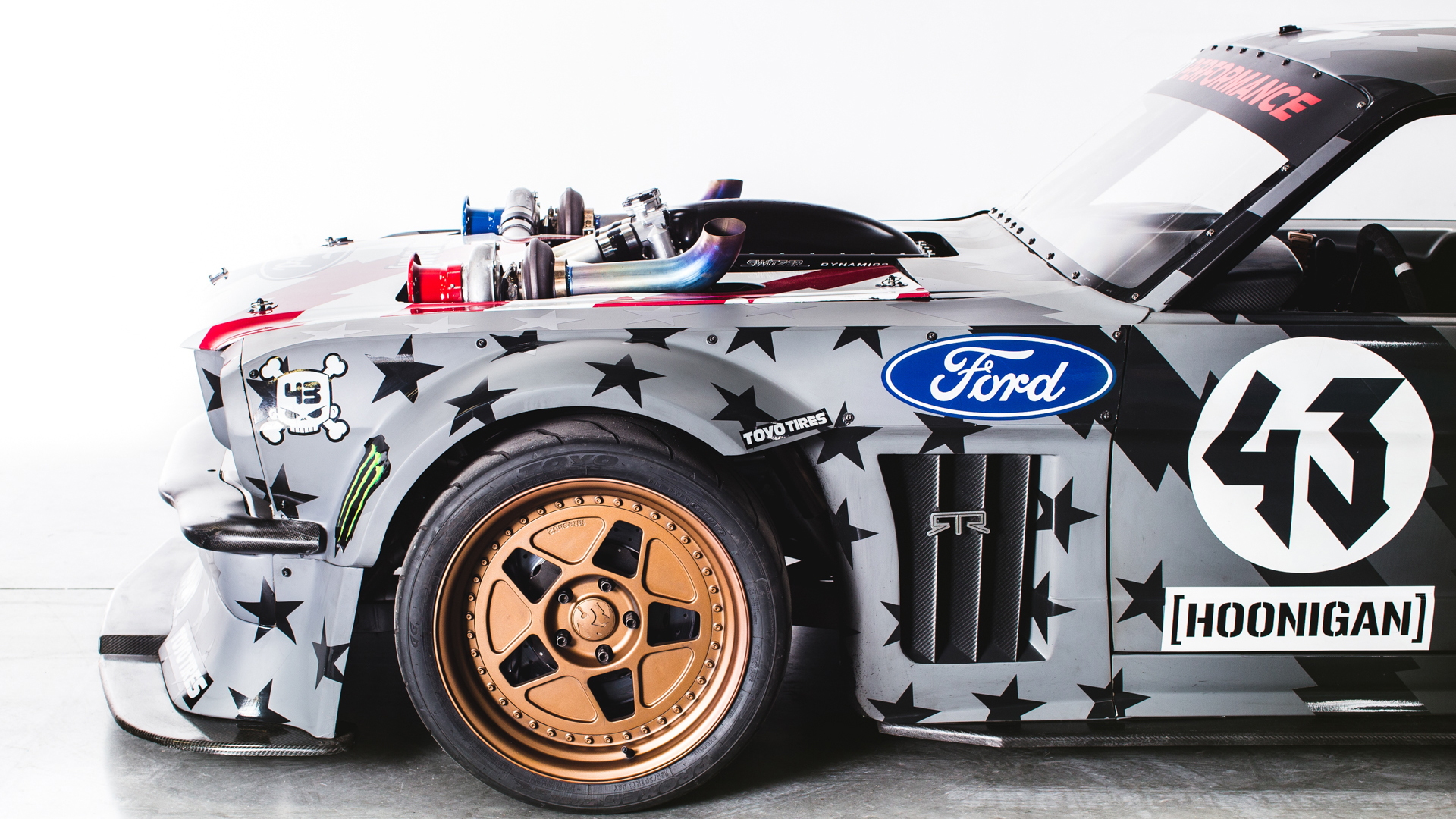 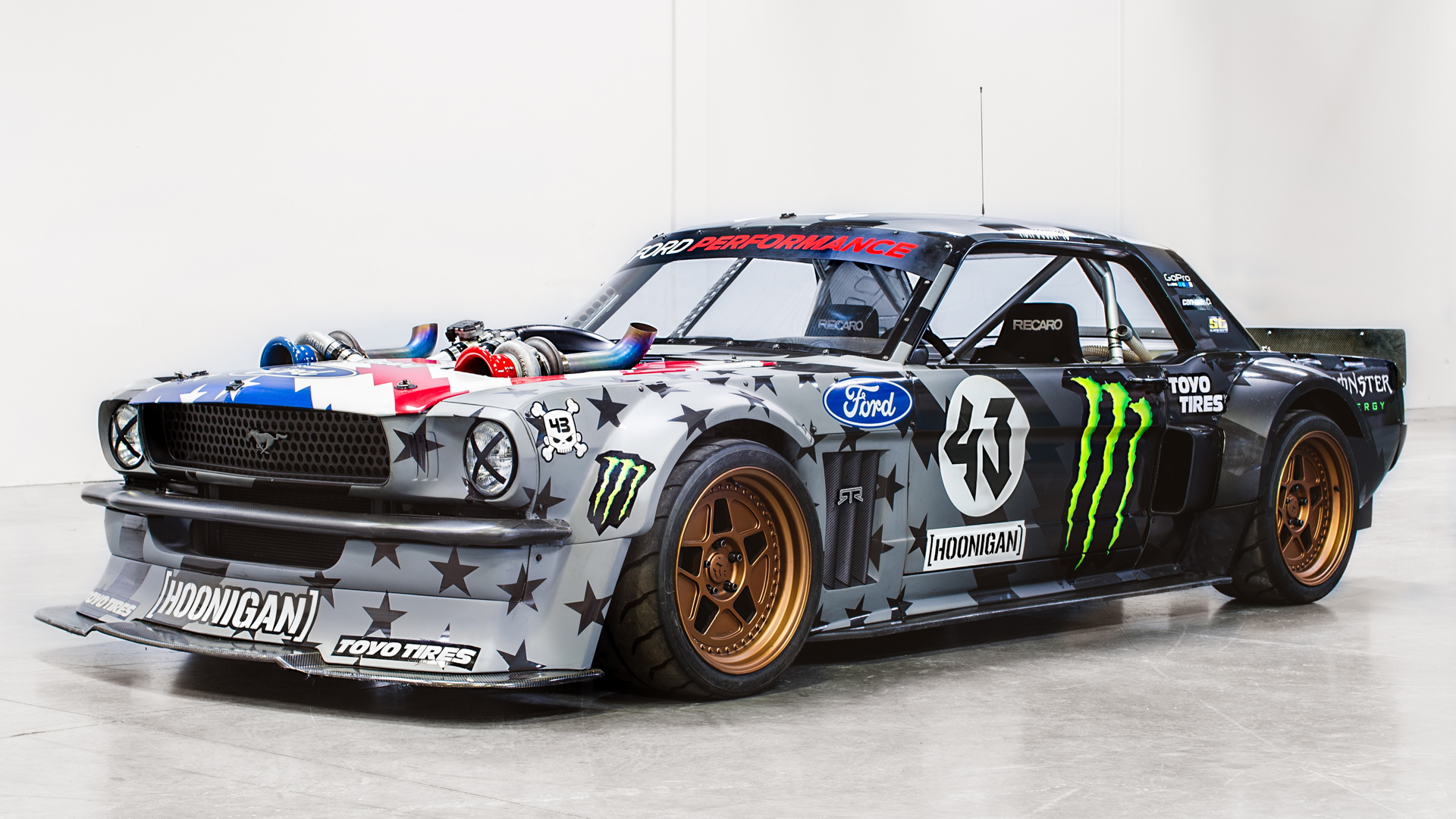 Ken Block's original "Hoonicorn" 1965 Ford Motor Company [NYSE:F] Mustang (shown below) was the star of his Gymkhana Seven video. At the time, the naturally aspirated V-8 made about 850 horsepower.

Now it's time for version two of the Hoonicorn and the power now exceeds 1,400 horses. A pair of massive Garrett turbochargers contribute to the rise in power, as does the use of methanol fuel. Obviously, the engine had to be strengthened internally to handle the additional power.

Block teased the car in a short Facebook video in which he roasted a marshmallow on the gouts of fire from the turbos. He then revealed the car today in a Facebook Live video. In the video, he said that he likes the fact that this car is trying to kill him because he has to learn how to drive a car with so much horsepower.

The new livery is a combination of the car that he used in "Gymkhana Eight," with the American flag-themed hood graphic from Block's  Mk. II Escort, and a charcoal gray to black look on the fenders. The sides of the car also feature reflective paint that ranges from bright white to dark gray depending on the angle of the camera. As you can see, the look is a bit brighter. 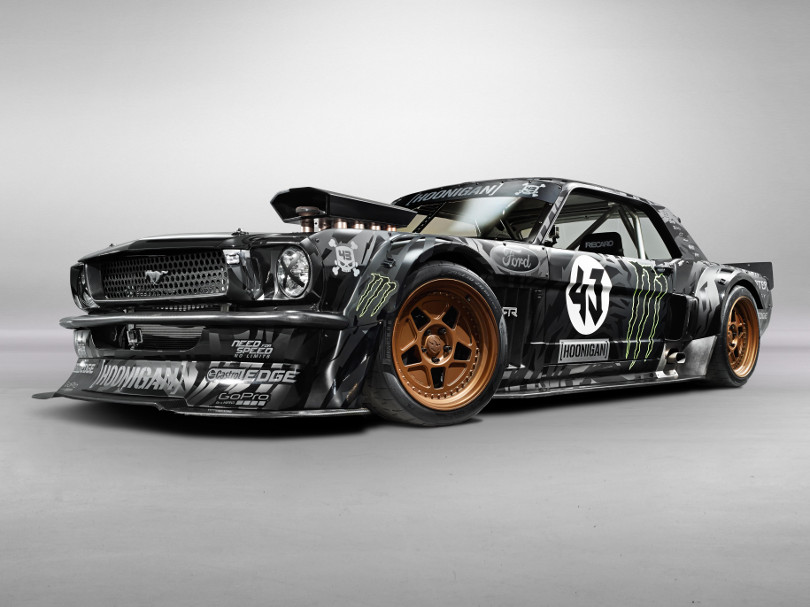 Toyo made special compound tires for the car, and they put out a ton of smoke--all the better to drift with. To combat that smoke and the smell of the methanol, the Hoonicorn team had to hook up an air tube to help Block breathe. The Momo steering wheel is also new.

Since it was built, the Hoonicorn has been all-wheel drive, and the engine had to be moved back to make room for the front differential.

Block said he updated the car because he has a project in mind that required more horsepower. That project is a new video that will debut next week.

We'll be here to cover it. Stay tuned.