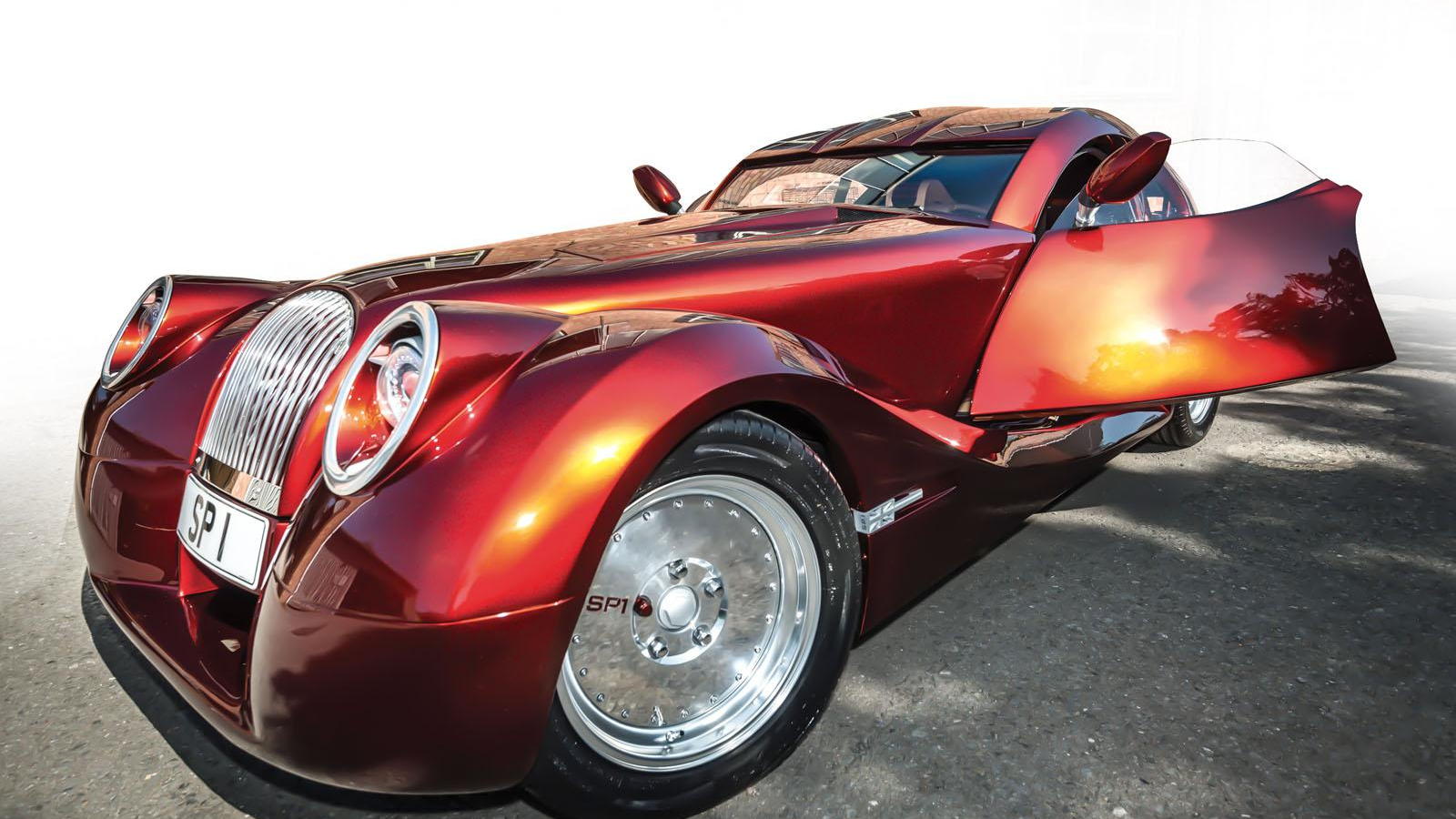 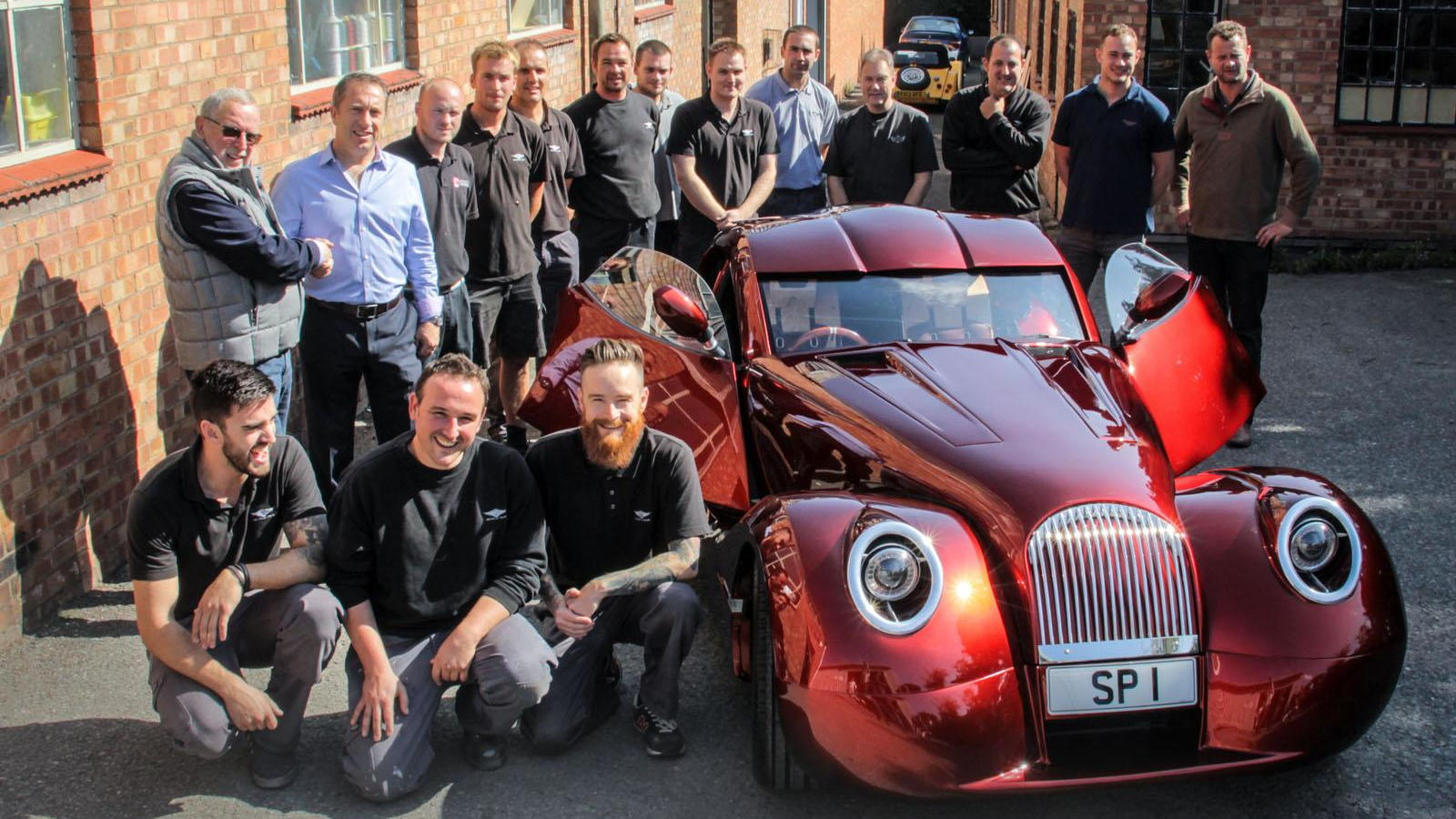 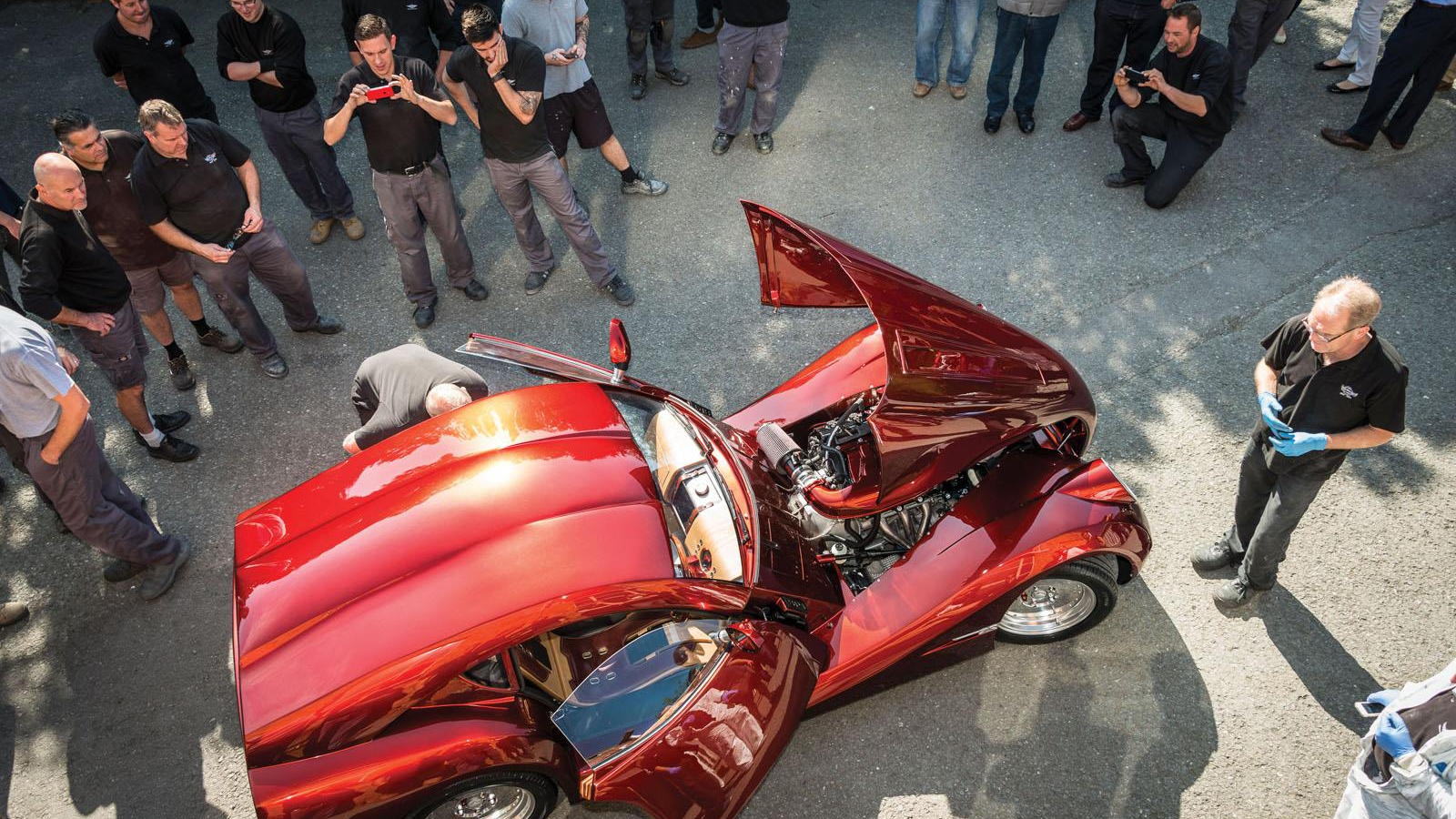 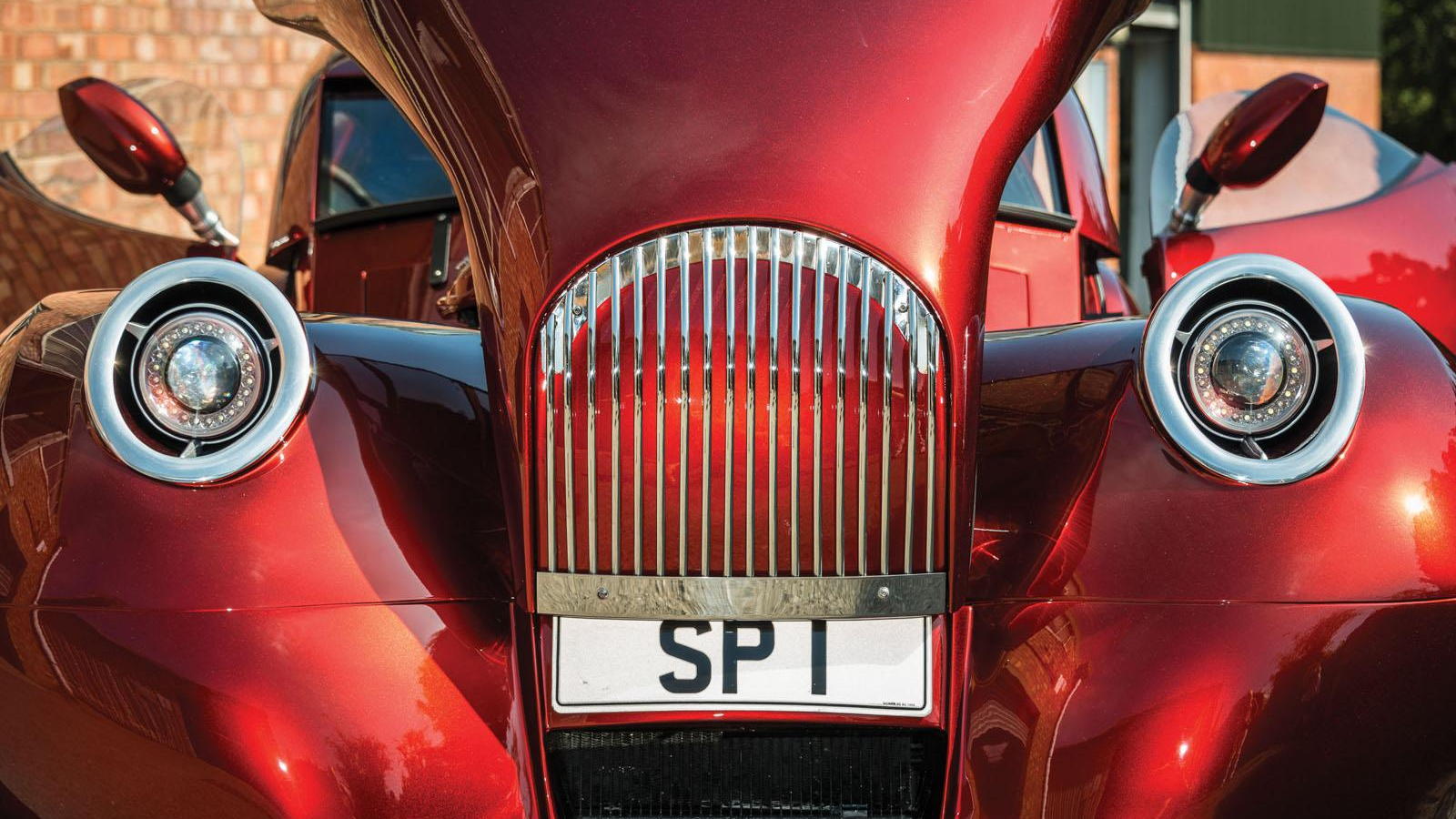 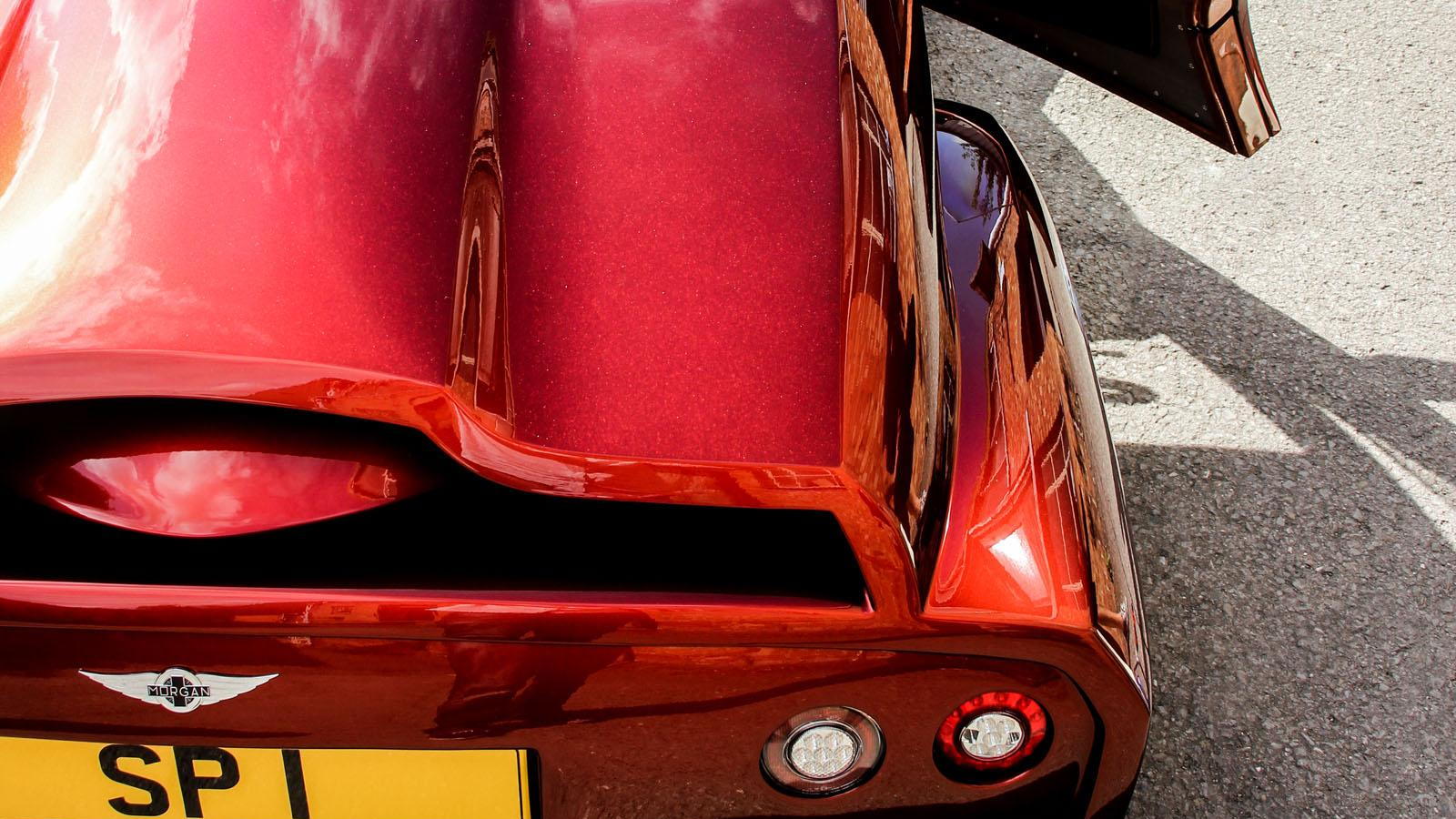 Morgan is getting into the car-personalization business with its new Special Projects Division, unveiling that group's first product at the Salon Prive show currently taking place in London. Called the SP1, it looks like the perfect car for fans of Steampunk.

The interior is even more fantastic, with a highly-stylized mix of wood and aniline leather that would look just as good lining the inside of an airship. There's even a row of roof-mounted toggle switches the driver must flick to "prepare for flight" before starting the engine. It's not all retro cosplay, though. The SP1 is also equipped with an infotainment system built around a dashboard-mounted iPad.

Power is provided by a 3.7-liter Ford V-6 of the type used in the Morgan V6 Roadster. For this bespoke car, it gets a tuned engine-management system and sports exhaust, and there's unique suspension tuning as well.

The SP1 was built for an individual customer and thus won't go into series production, but it shows the capabilities of Morgan's Special Projects Division. The group will likely take on similar projects from buyers who want a car that's literally like nothing else on the road.

Personalization programs are becoming popular now, as carmakers seek to attract wealthier buyers who don't want to get their next car off the rack. Aston Martin recently launched its Q personalization division, while Jaguar Land Rover's Special Operations unit will oversee everything from one-off builds to limited-production models like the F-Type Project 7.