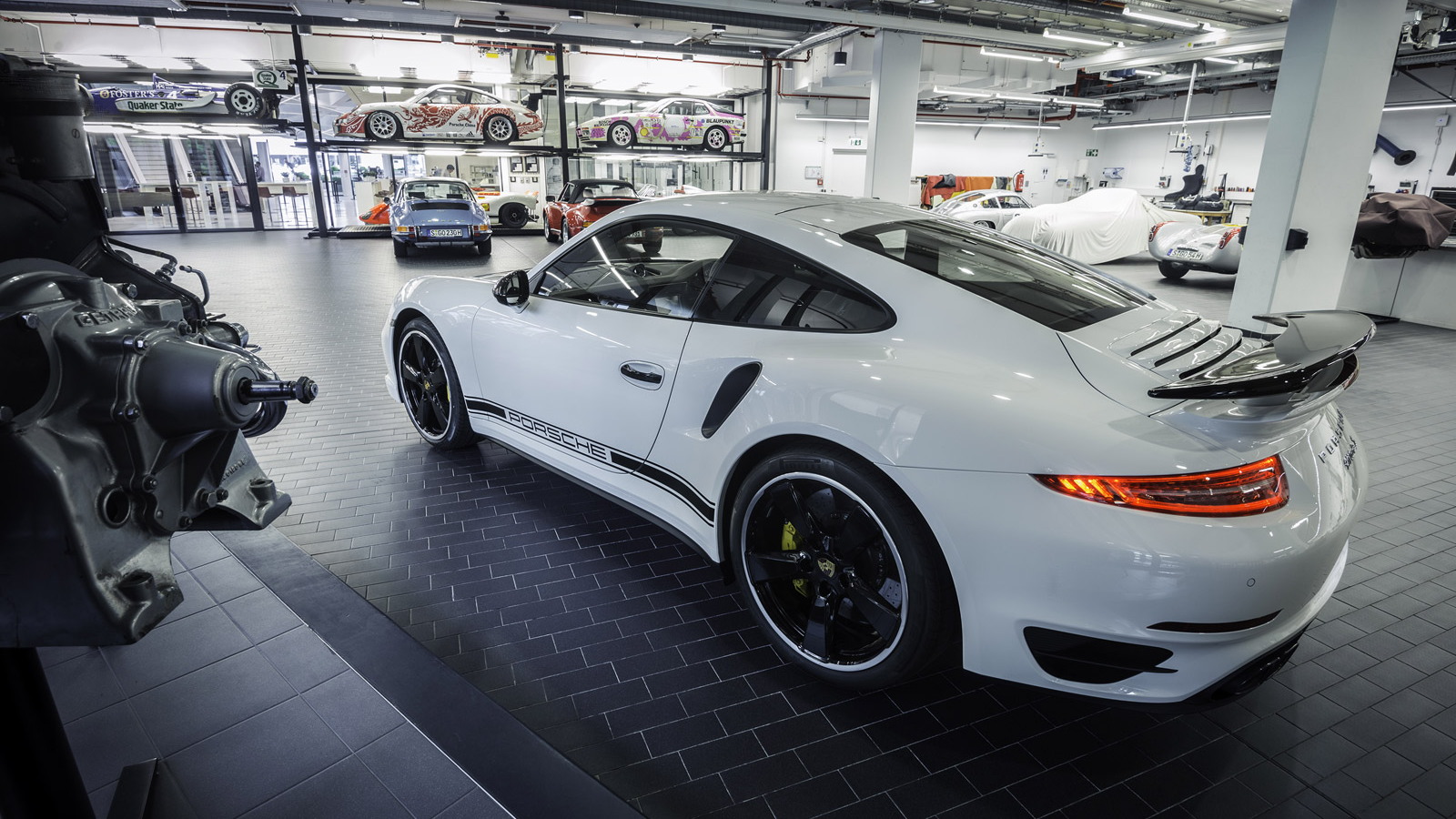 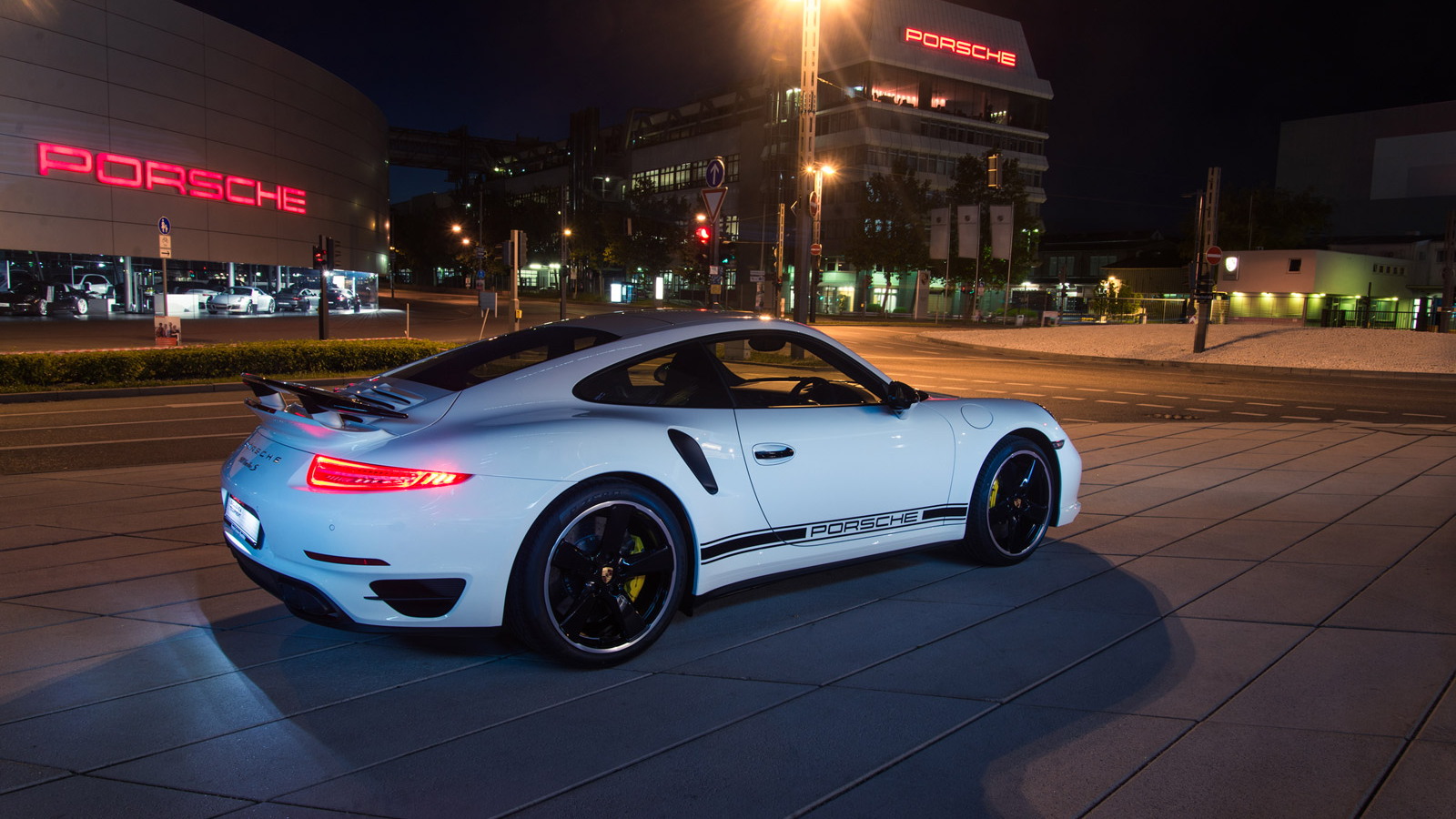 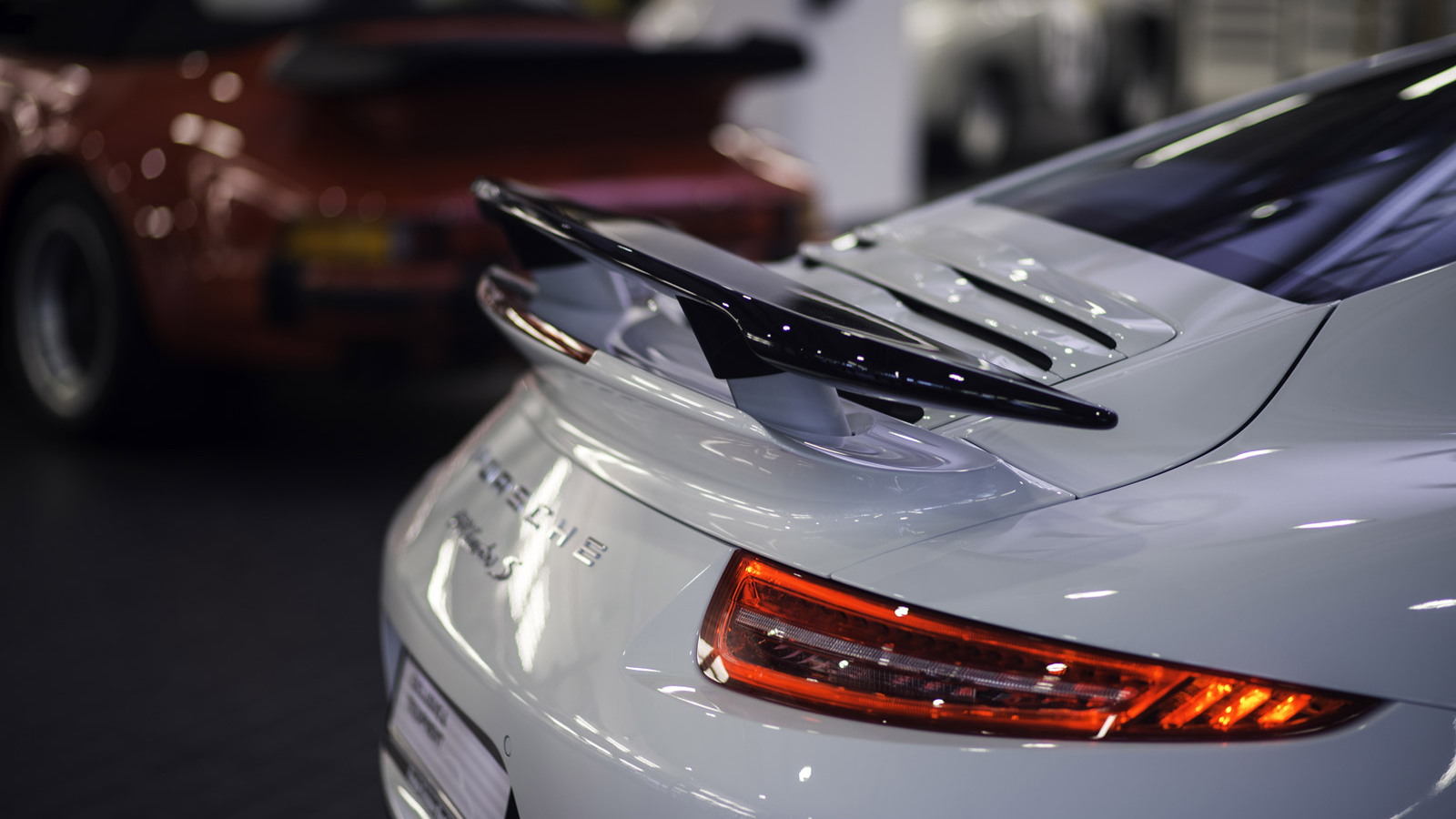 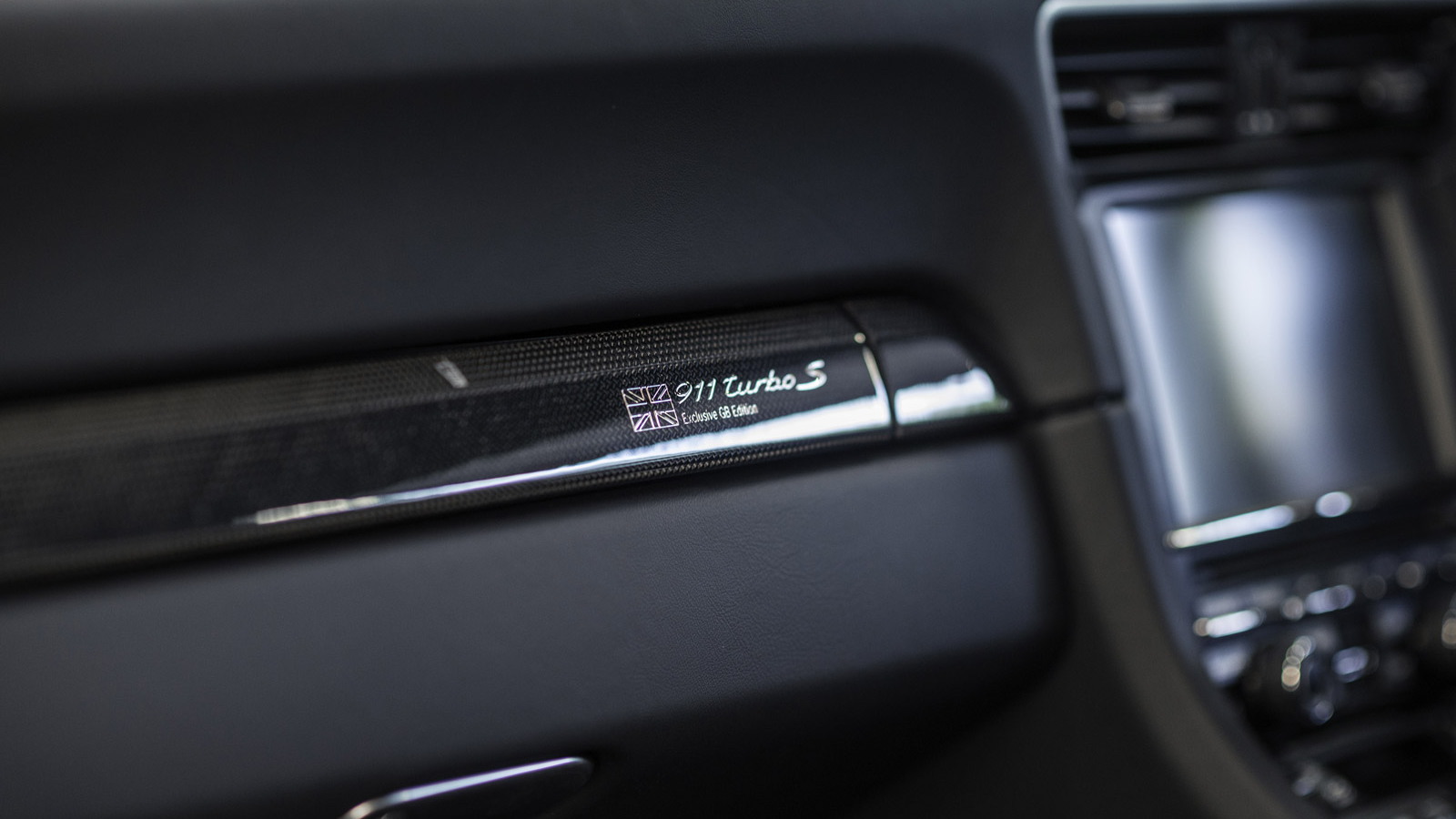 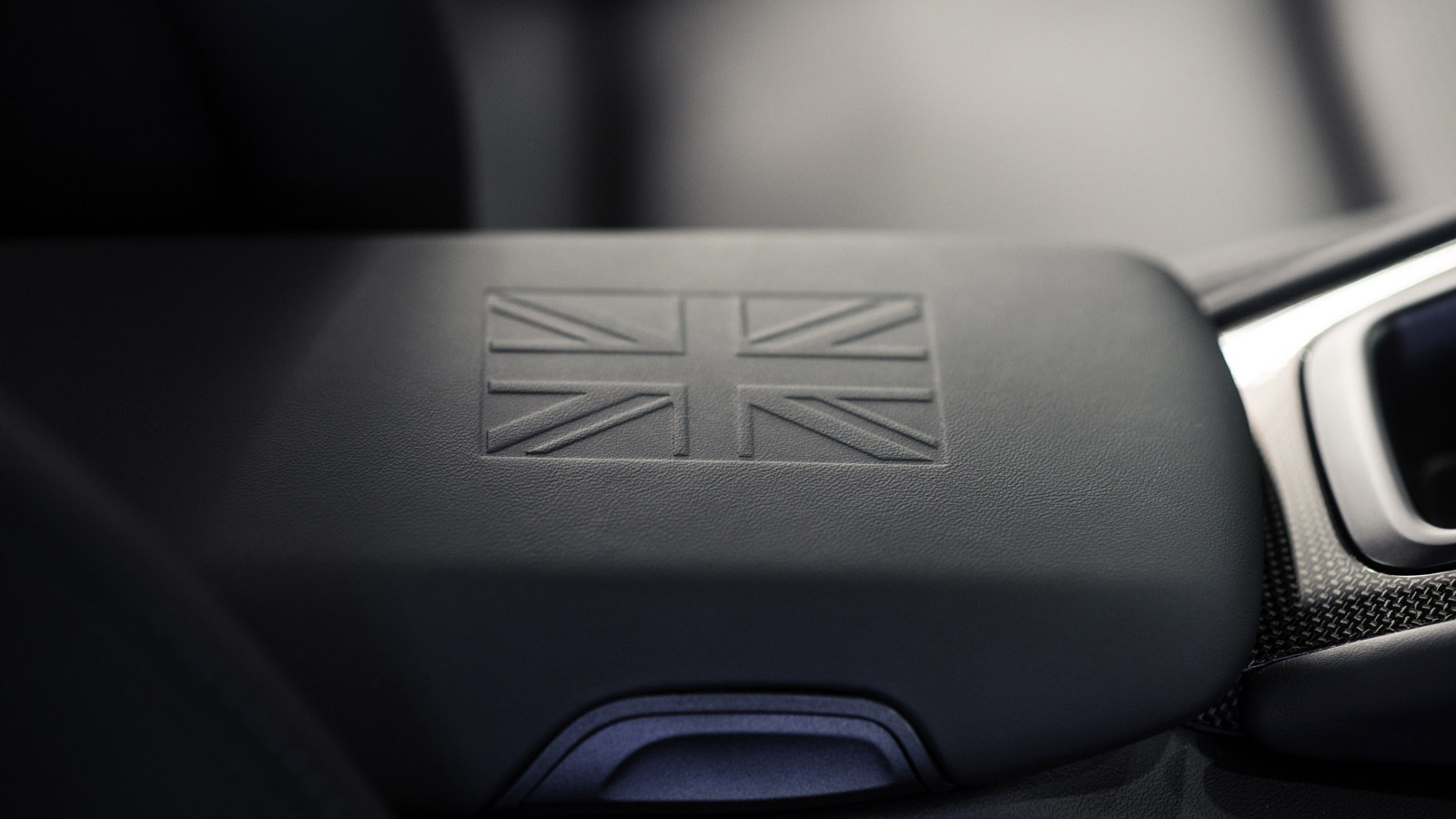 6
photos
Porsche’s personalization department Porsche Exclusive has put together a special version of the 2014 911 Turbo S for the U.K. market. The car is called the 2014 Porsche 911 Turbo S GB Edition, and just 40 examples will be built.

The car was commissioned by Porsche’s U.K. division to celebrate 40 years of the 911 Turbo, and it’s available to order now. For any of our readers in the U.K., it will set you back £150,237 (approximately $257,600), and for this you also get a car cover and photo album documenting the production process and some of the design sketches.

MUST SEE: LaFerrari XX Proves Too Potent For Its Own Good: Video

The 2014 911 Turbo S GB Edition has been designed to mimic the original 911 Turbo, the 930. Special touches include a black rear upper spoiler, Sport Classic wheels in black, black finished exterior door handles, and a black “Porsche” script along the sills. Inside, the black leather upholstery features contrasting red stitching and unique highlights include Union Jack logos on the center storage compartment lid and glove box.

Buyers can choose between silver, white or red for the exterior, while carbon fiber trim can be added inside. Bespoke floor mats with leather edging complete the look.

No changes have been made to the mechanicals, which means the car’s rear-mounted, twin-turbocharged 3.8-liter flat-six engine is packing 560 horsepower. This drives all four wheels via a seven-speed PDK dual-clutch transmission and is powerful enough to rocket the car from 0-62 mph in just 3.1 seconds. Top speed is 197 mph and the Nürburgring lap time is 7:27.

Porsche Exclusive, which has personal consultants at Porsche centers in Los Angeles and New York, has been building unique Porsche sports cars since 1986. The department can enhance Porsche cars in terms of both styling and performance, and it is also responsible for special edition models like the this 2014 911 Turbo S GB Edition.