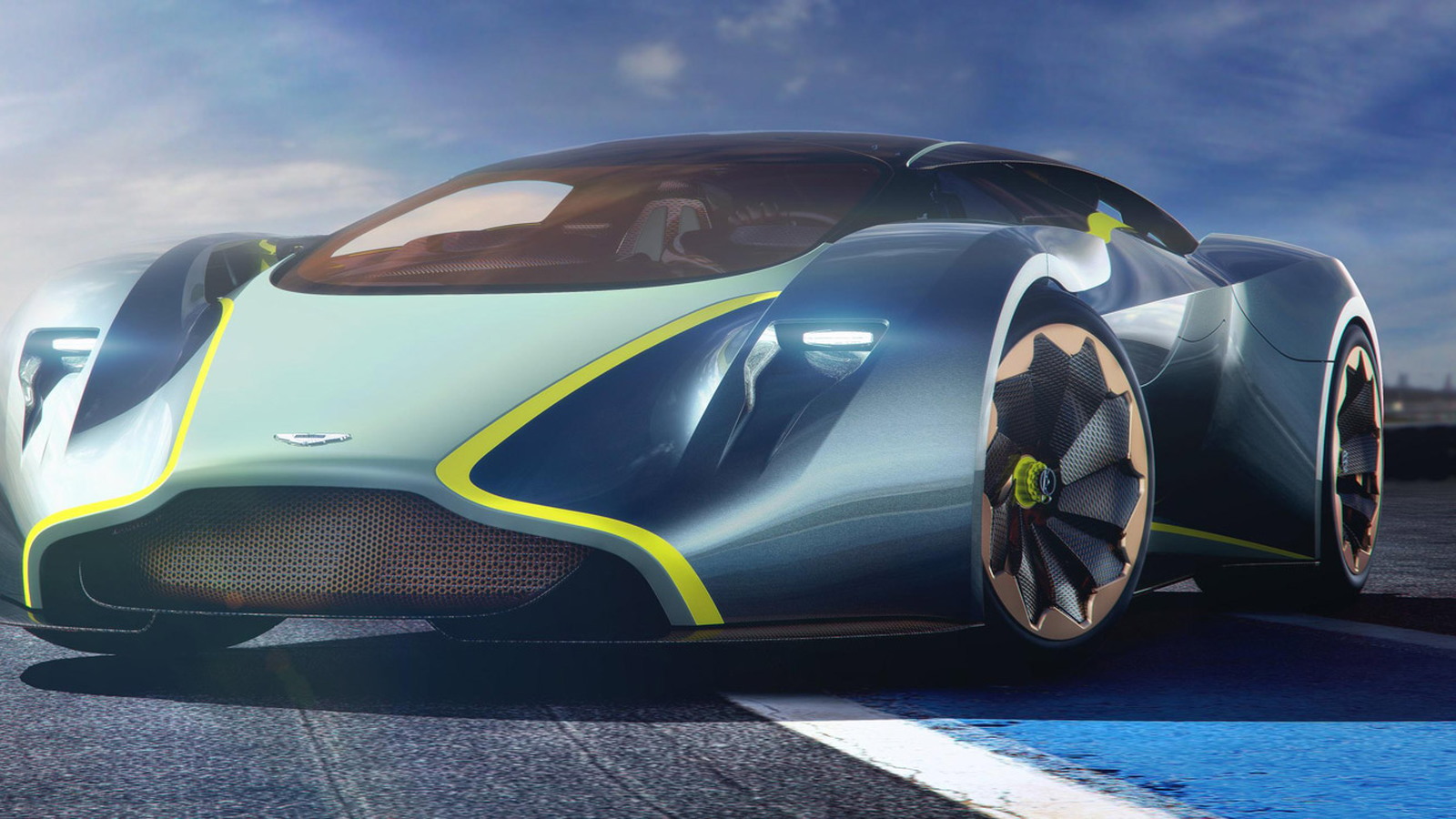 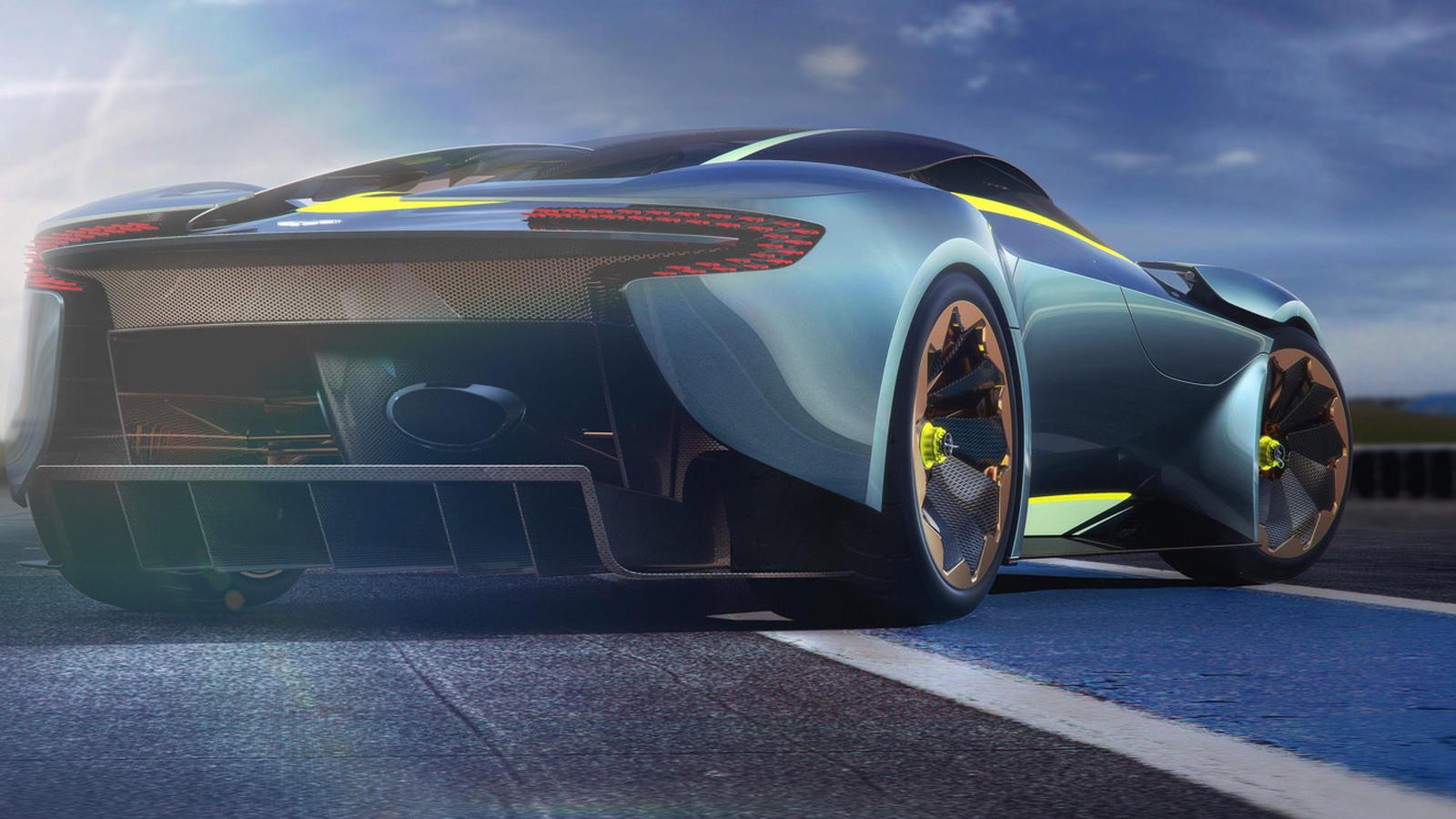 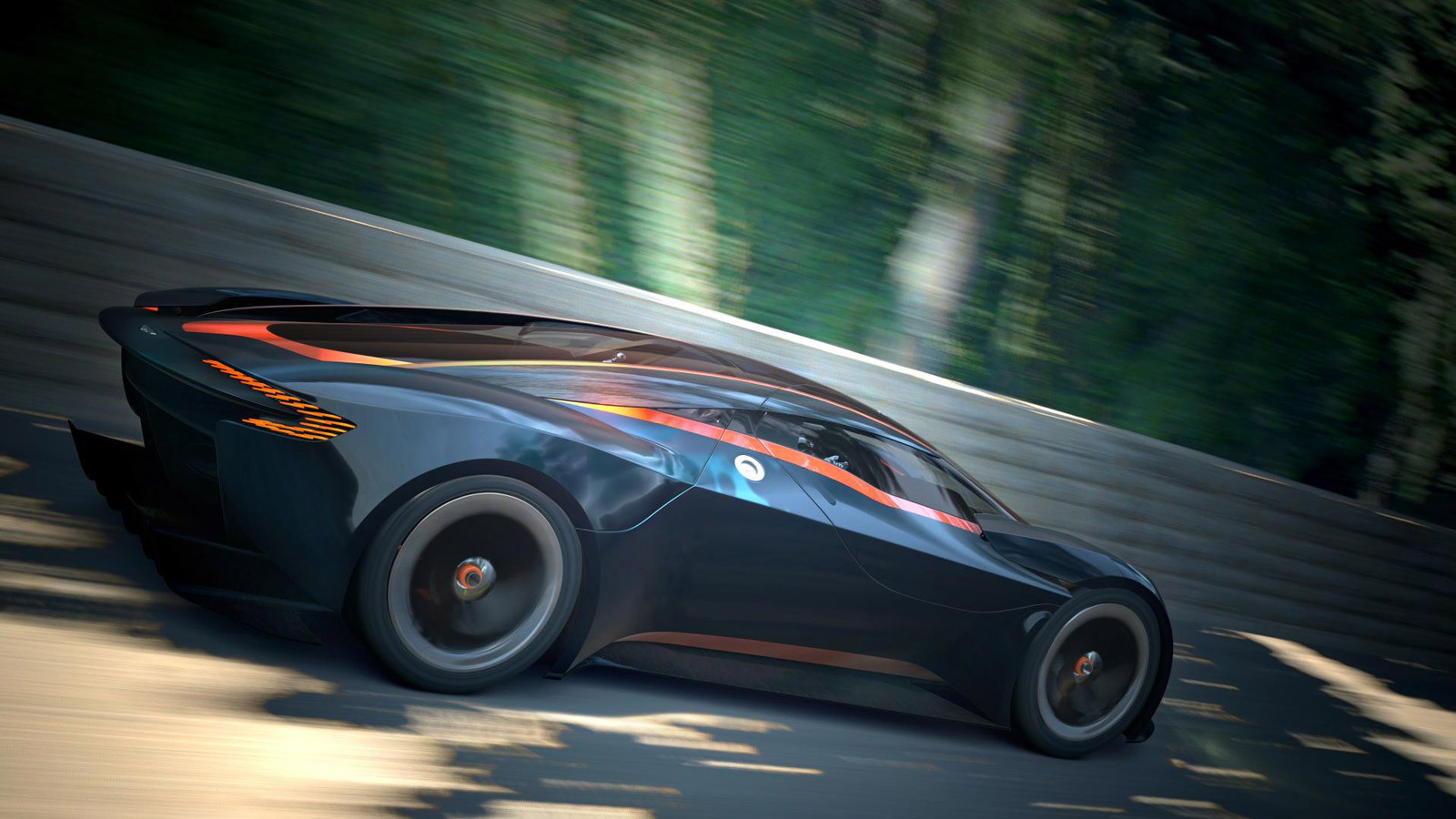 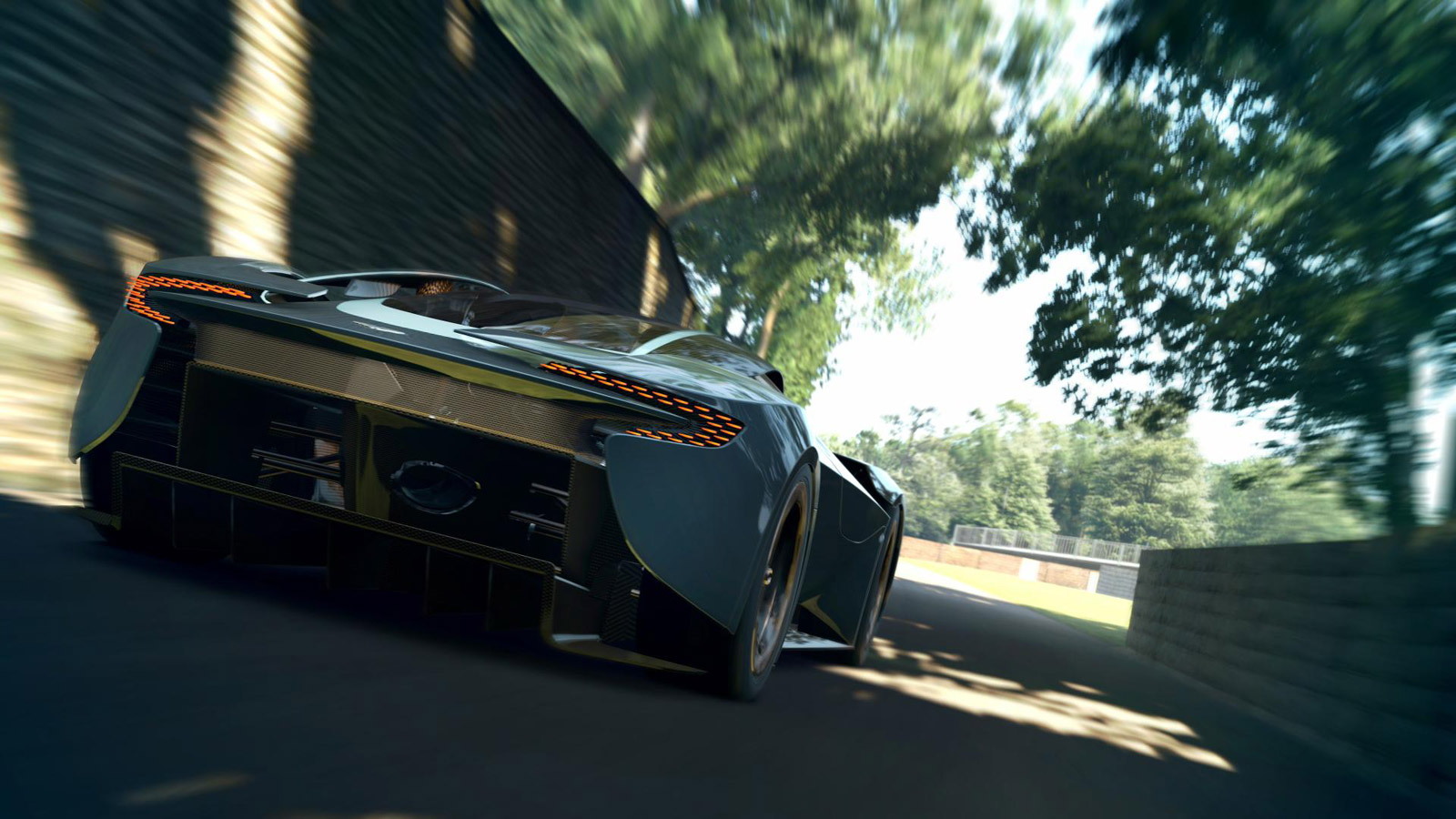 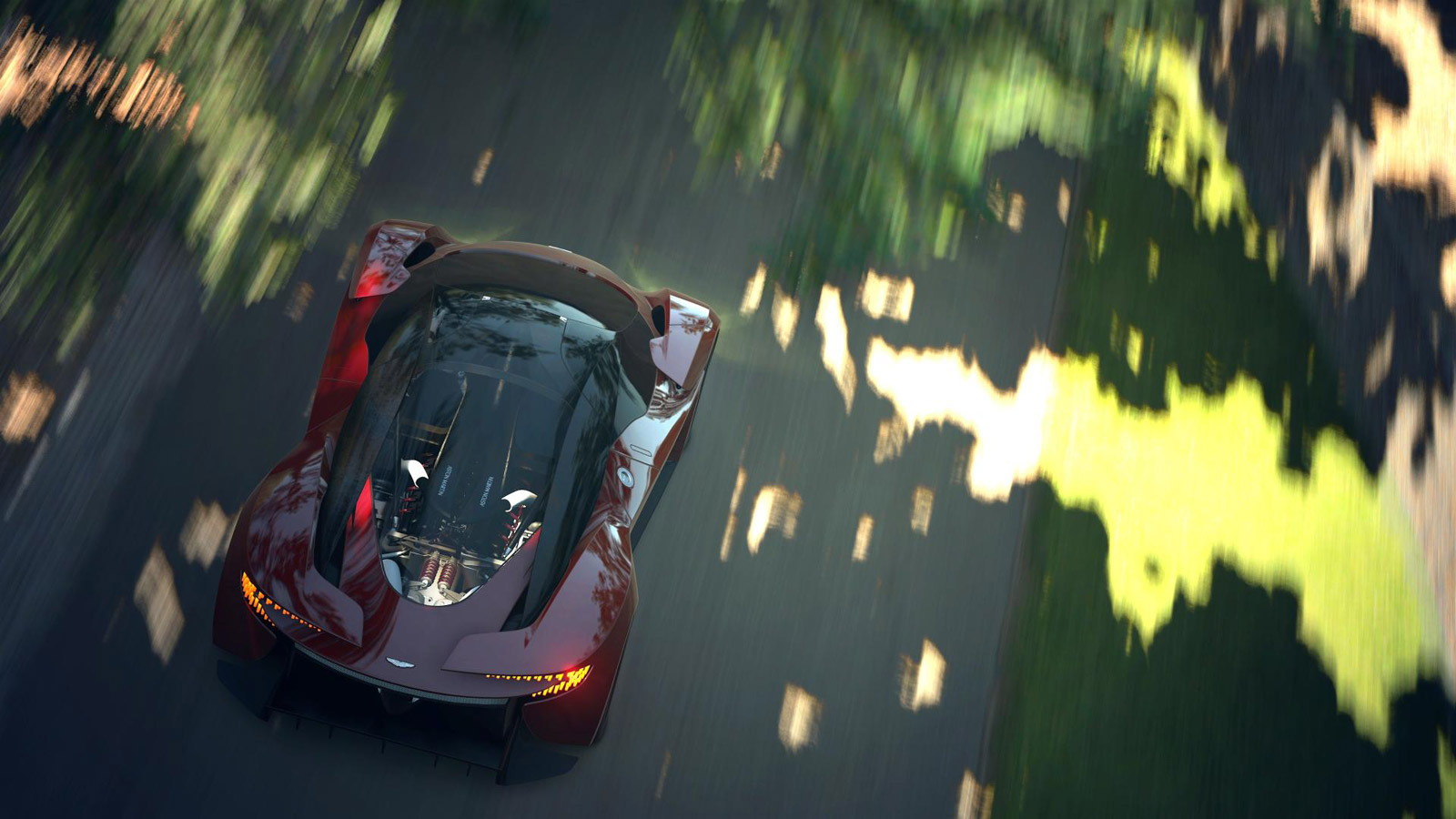 17
photos
The latest automaker to reveal a striking concept for the Gran Turismo video game series' 15th anniversary celebration is none other than Aston Martin, which itself celebrated a major anniversary only last year: its centenary. Aston Martin’s new concept is the Design Prototype 100 (DP-100), and it is being shown for the first time—in virtual form—at the 2014 Goodwood Festival of Speed currently taking place in the U.K.

The DP-100 was developed over six months by a team of designers at Aston Martin, led by the automaker’s chief designer Marek Reichman. The concept was developed from scratch but its lines have clearly been influenced by Aston Martins of the past, with the rear section reminiscent of the One-77 supercar and the overall proportions similar to those of the one-off Bulldog.

In fact, just like the William Towns-designed Bulldog, the new DP-100 features a mid-engine design. Power in the car is said to come from a twin-turbocharged V-12 rated at 800 horsepower. Aston Martin doesn’t have a turbocharged engine in its lineup, but perhaps the automaker is hinting at what’s to come once it finally switches over to Mercedes-AMG engines.

According to Aston Martin, things like the suspension, active aerodynamics and electronic systems of the car were developed using the same techniques applied to the world of production cars, so these too could point to the future. We do know that the styling, at least, is a clue as to what we can expect from Aston Martins in the future.

“As with the CC100 Speedster Concept, many of the design cues visible in DP-100, such as the light blade rear lamps, could also feed through into future sports cars that we’ll launch in the offline world,” Reichman said in a statement. “The importance of this project should not be underestimated.”

As mentioned in the opening paragraph, the DP-100 is the result of cooperation between Aston Martin and Sony to develop a striking concept to mark the 15th anniversary of Gran Turismo as part of the ‘Vision Gran Turismo’ series. From next month, owners of Gran Turismo 6 will able to download the concept for the game, along with several other concepts from rival firms including ones from BMW, Chevrolet, Mercedes-Benz, Mitsubishi, Nissan, Toyota, Volkswagen and even Red Bull.