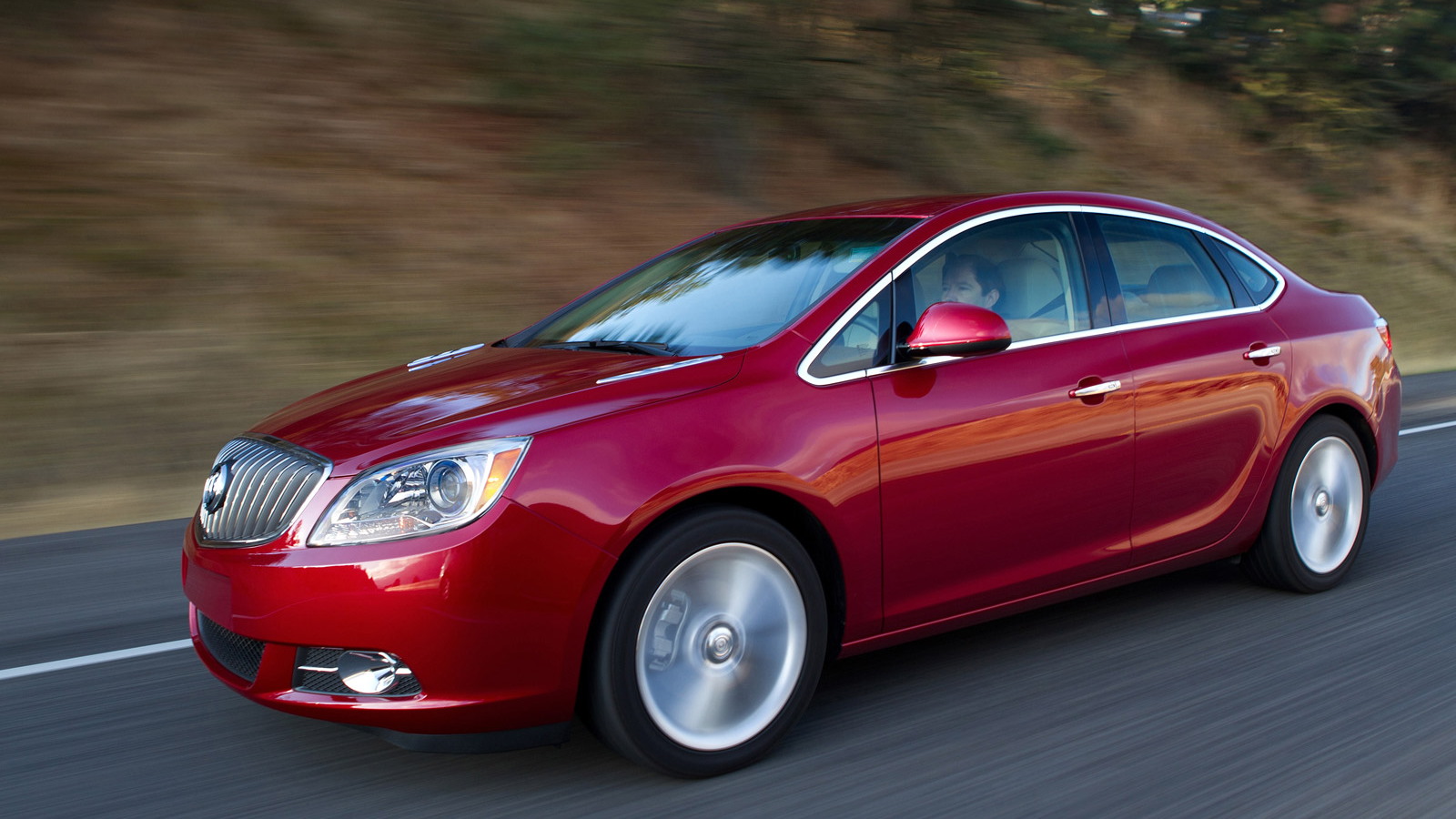 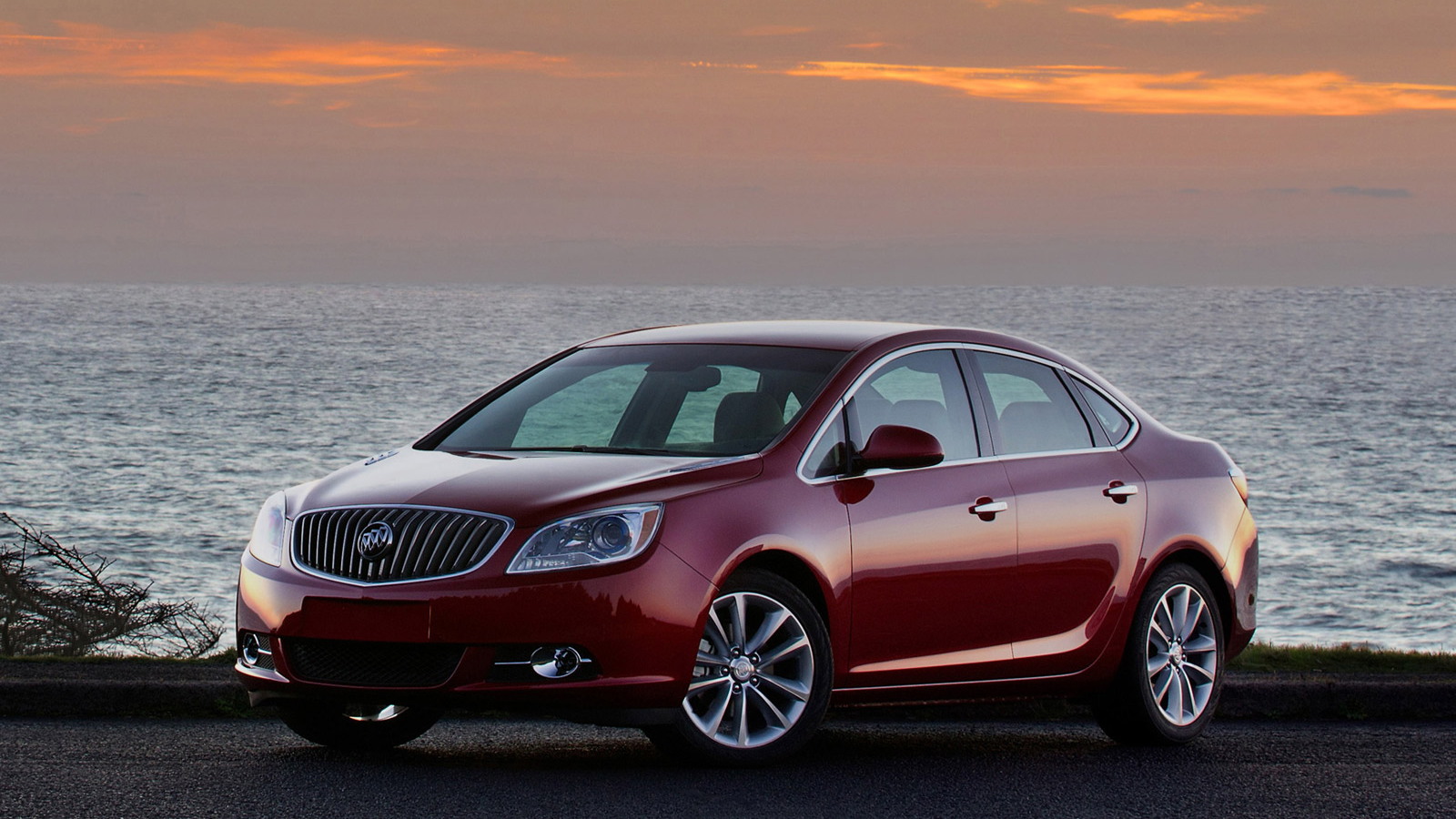 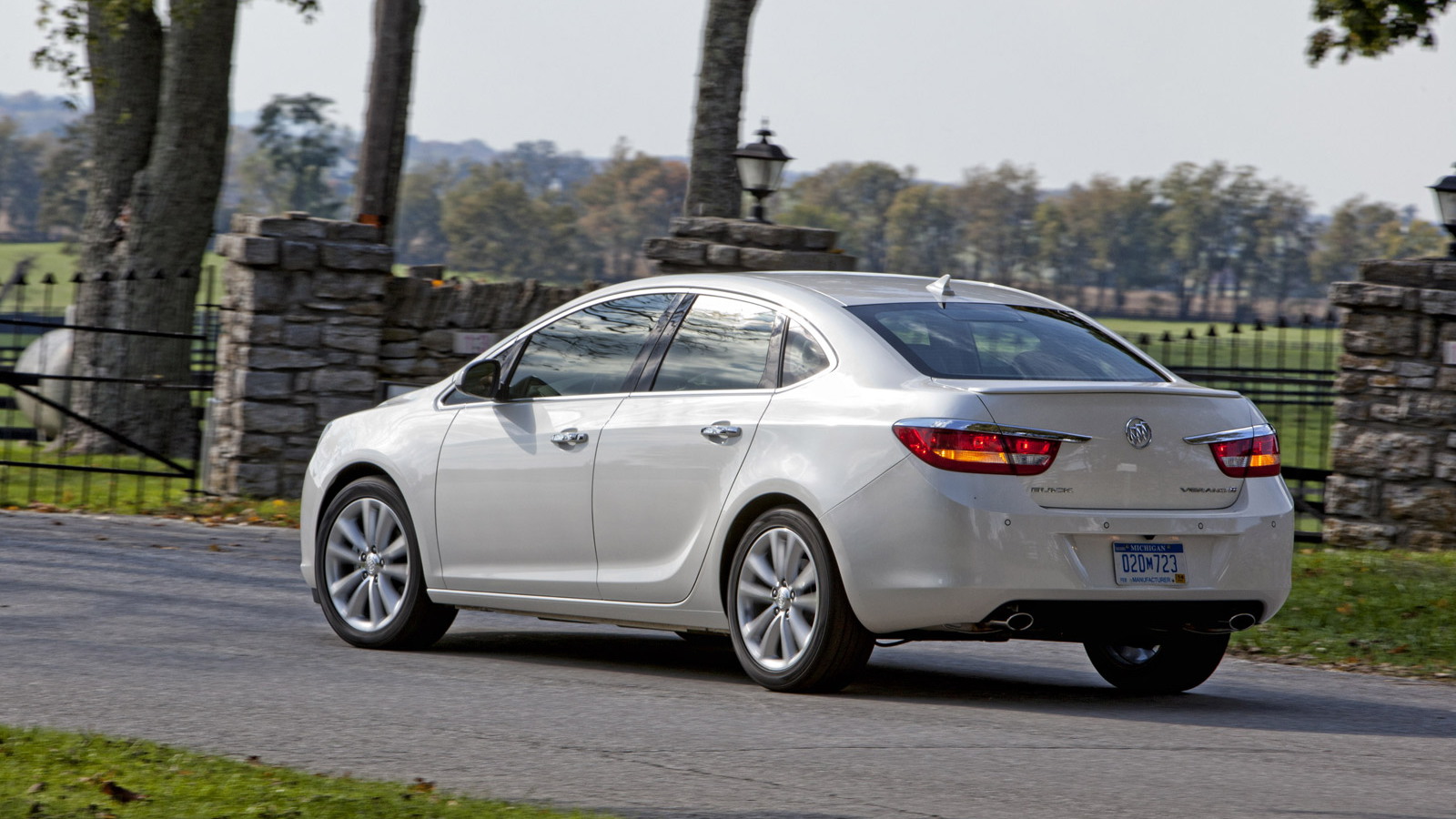 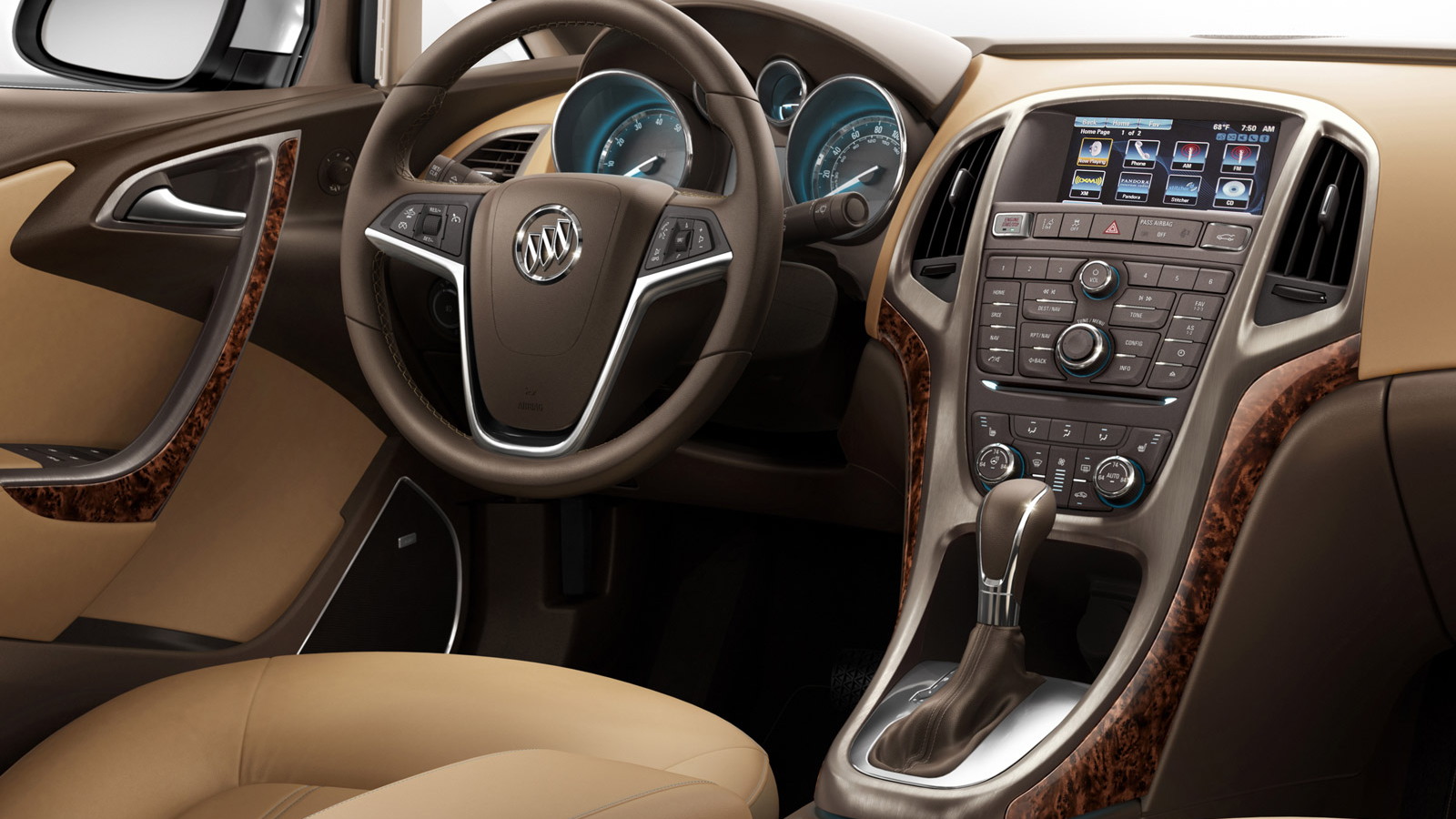 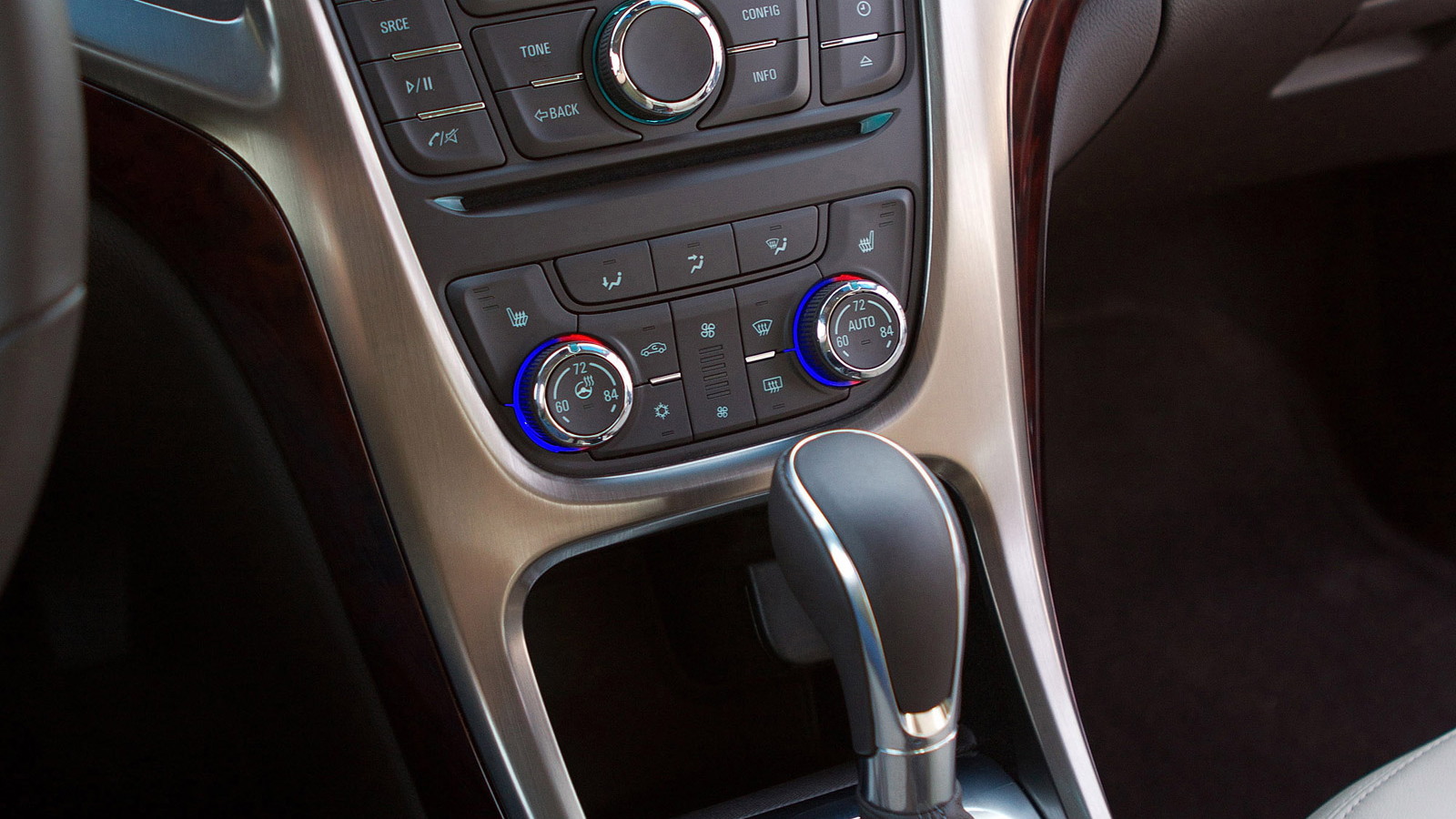 5
photos
Buick is believed to be working on a new generation of its Verano compact sedan for the 2016 model year, so that means the current model, introduced for 2012, needs to soldier on for at least one more year. To keep it competitive, Buick has introduced some updates, but sadly those updates have come at the cost of the car’s available manual transmission.

For 2015, the Verano continues to offer a choice of two four-cylinder engines: a 2.4-liter unit in base trim and a turbocharged 2.0-liter mill in the Verano Turbo model. Buick has confirmed that a six-speed automatic transmission is matched with each engine, meaning the manual option previously offered on the Verano Turbo is no longer available.

Performance figures remain the same as last year, with the 2.4-liter engine good for 180 horsepower and 171 pound-feet of torque, and the 2.0-liter turbo good for 250 hp and 260 lb-ft. Owners of the Verano Turbo can expect 0-60 mph acceleration in about 6.2 seconds.

Also new for 2015 is the availability of an Appearance Package designed for the base Verano. It adds a rear spoiler, a bright-chrome finish for the front grille, and Desert Dusk Metallic exterior paint. The 2015 Verano can also be ordered in a new exterior color dubbed Dark Sapphire Blue Metallic.

One final key change for 2015 is the inclusion of OnStar with 4G LTE and standard built-in Wi-Fi hotspot (includes 3GB/three-month data trial).

Sales of the 2015 Buick Verano commence in the second half of the year. Pricing is yet to be announced but expect it to remain close to the $24,625 (including destination) starting price of the current model.