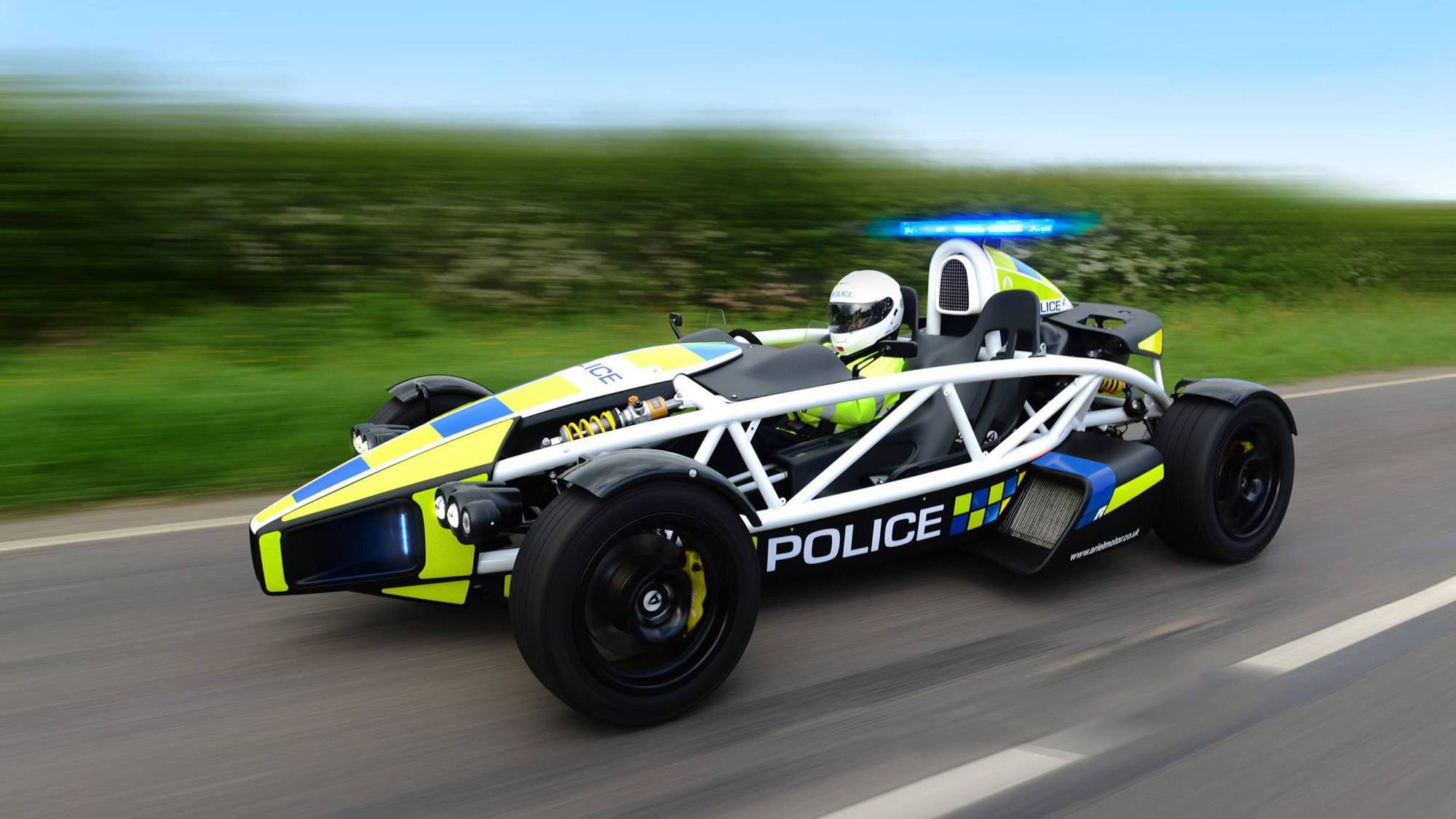 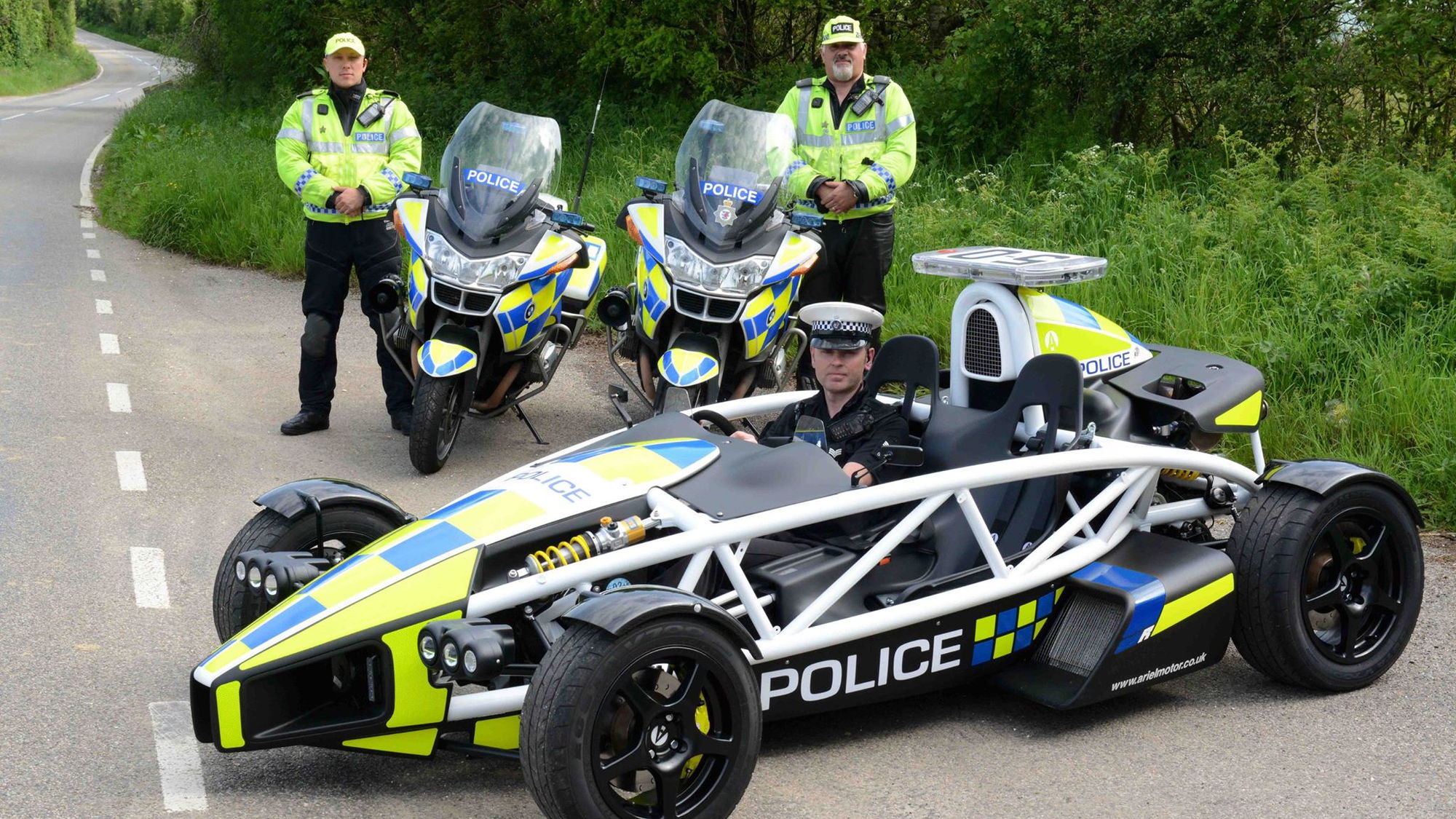 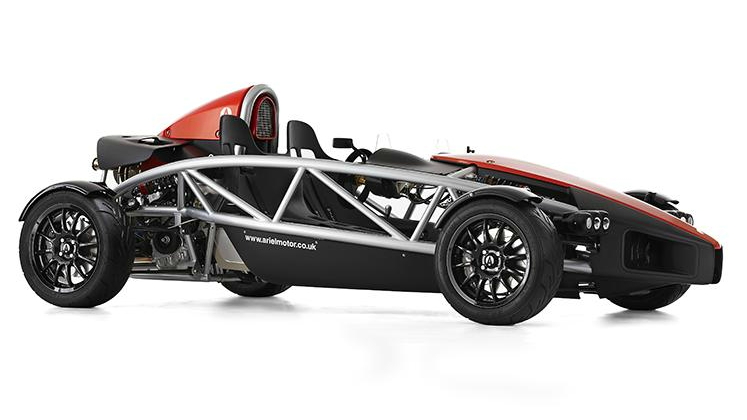 3
photos
It seems barely a month goes by without a police force in some part of the world unveiling an insanely fast police car. Usually, that honor falls to Dubai, or Abu Dhabi, but this month it's the turn of Avon and Somerset Constabulary in the picturesque south of England. Rather than conspicuous consumption though, the force has taken a different approach: minimalism. In fact, its new Ariel Atom is about as minimalist as cars come.

Fast, too--the Atom's Honda engine has been tuned to produce 350 horsepower, up from 245 hp--enough to dash to 62 mph in a Veyron-baiting 2.6 seconds. It also gets the British police's familiar "Battenberg" livery with intersecting reflective squares, a blue light bar and fully-functioning sirens. It won't, however, be used for catching society's shadier characters, as Auto Express points out.

Instead, it's being used to promote motorcycle safety. Ariel has a two-wheeler on the way soon, and company boss Simon Saunders wants to raise awareness on road safety for motorcyclists.

"There is a time and a place [for going fast]" explains Saunders, adding that the Atom, while fast, is at its best on the track, and not on the road. The same applies to motorcycles, and Ariel wants its customers to be safe and responsible. "There’s always one certain loser in a motorcycle collision and that’s the motorcyclist" he adds.