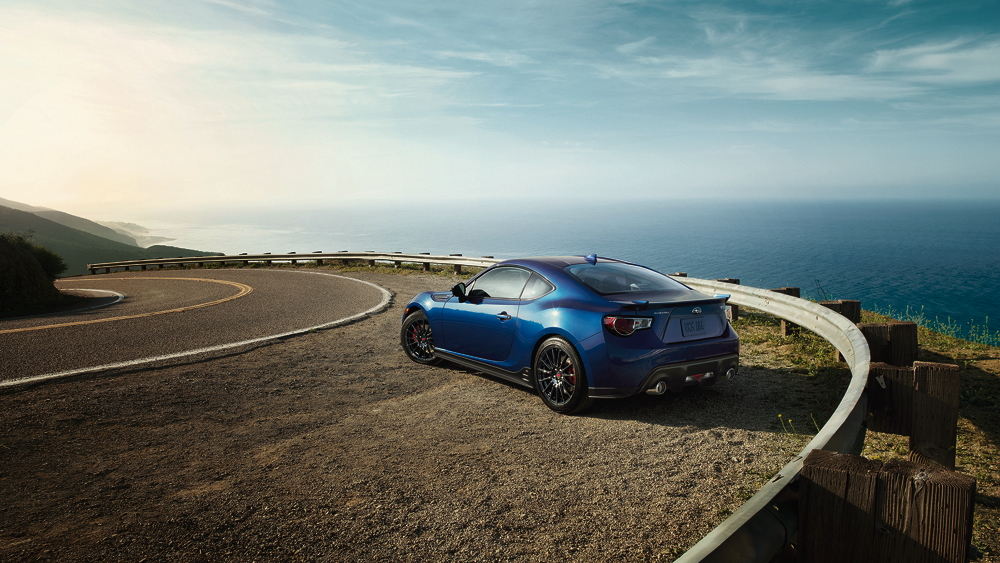 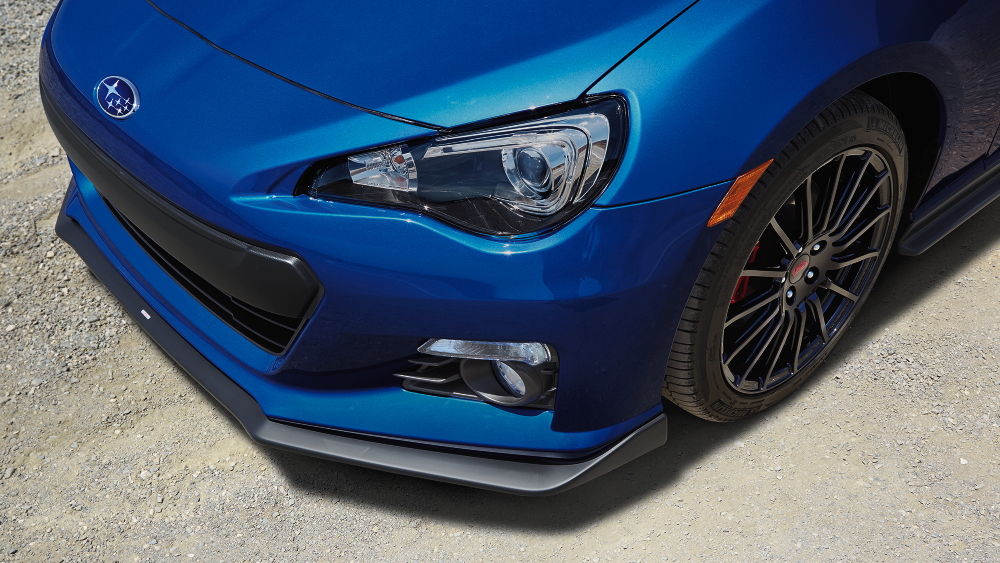 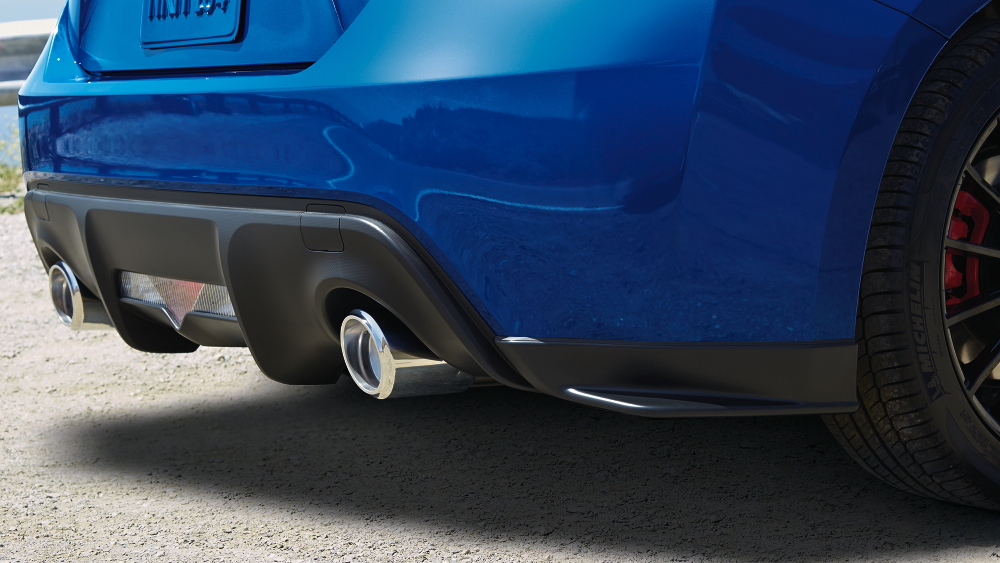 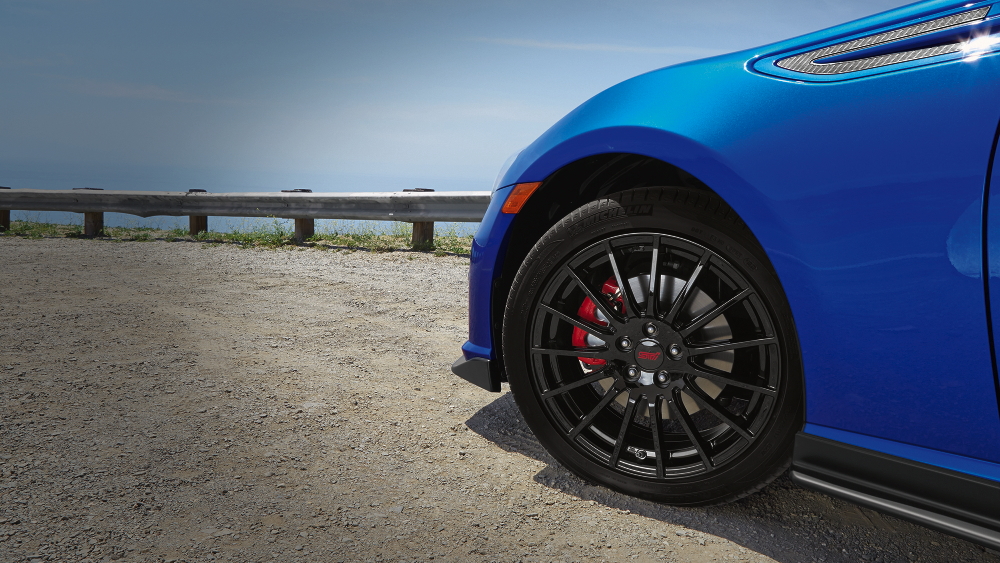 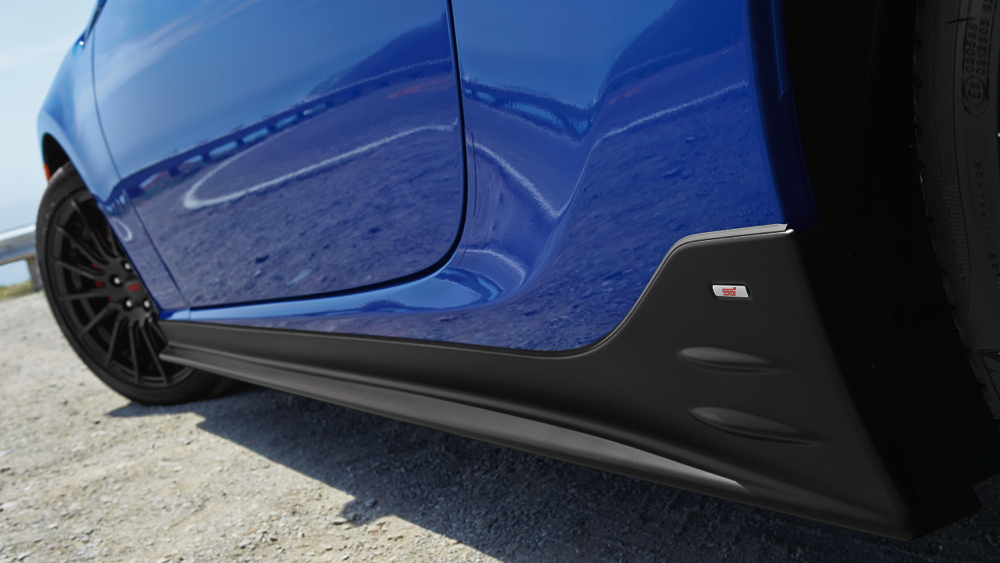 12
photos
It may not be the BRZ STI enthusiasts are pining for, but Subaru will offer a special-edition of its rear-wheel-drive sports car for the 2015 model year. The 2015 Subaru BRZ Series.Blue won't be distinguished solely by its unorthodox use of punctuation. On the outside, it gets STI aerodynamic upgrades including a front chin spoiler and new rocker panels, black-painted 17-inch alloy wheels, and red brake calipers.

New underbody panels reduce the Series.Blue's coefficient of drag from 0.28 to 0.27, according to Subaru. The special edition also gets the same chrome exhaust tips as other 2015 BRZ models.

The leather and Alcantara-clad interior gets jazzed up with blue leather seat bolsters and head rests, as well as blue stitching and trim on various other parts. A frame-less rear view mirror, simulated carbon-fiber dashboard panel, and illuminated red engine start-stop button complete the look.

Unchanged is the 2.0-liter boxer four-cylinder engine, which produces the same 200 horsepower and 151 pound-feet of torque it does in less-special BRZ models. Six-speed manual and automatic transmissions are still available.

Subaru will only build 1,000 Series.Blue copies for the United States, with 500 cars painted in the company's signature WR Blue Pearl paint, and 500 in Crystal White Pearl. The Series.Blue is based on the BRZ Limited trim level, and will be priced at $30,285, including destination. It hits showrooms in July.