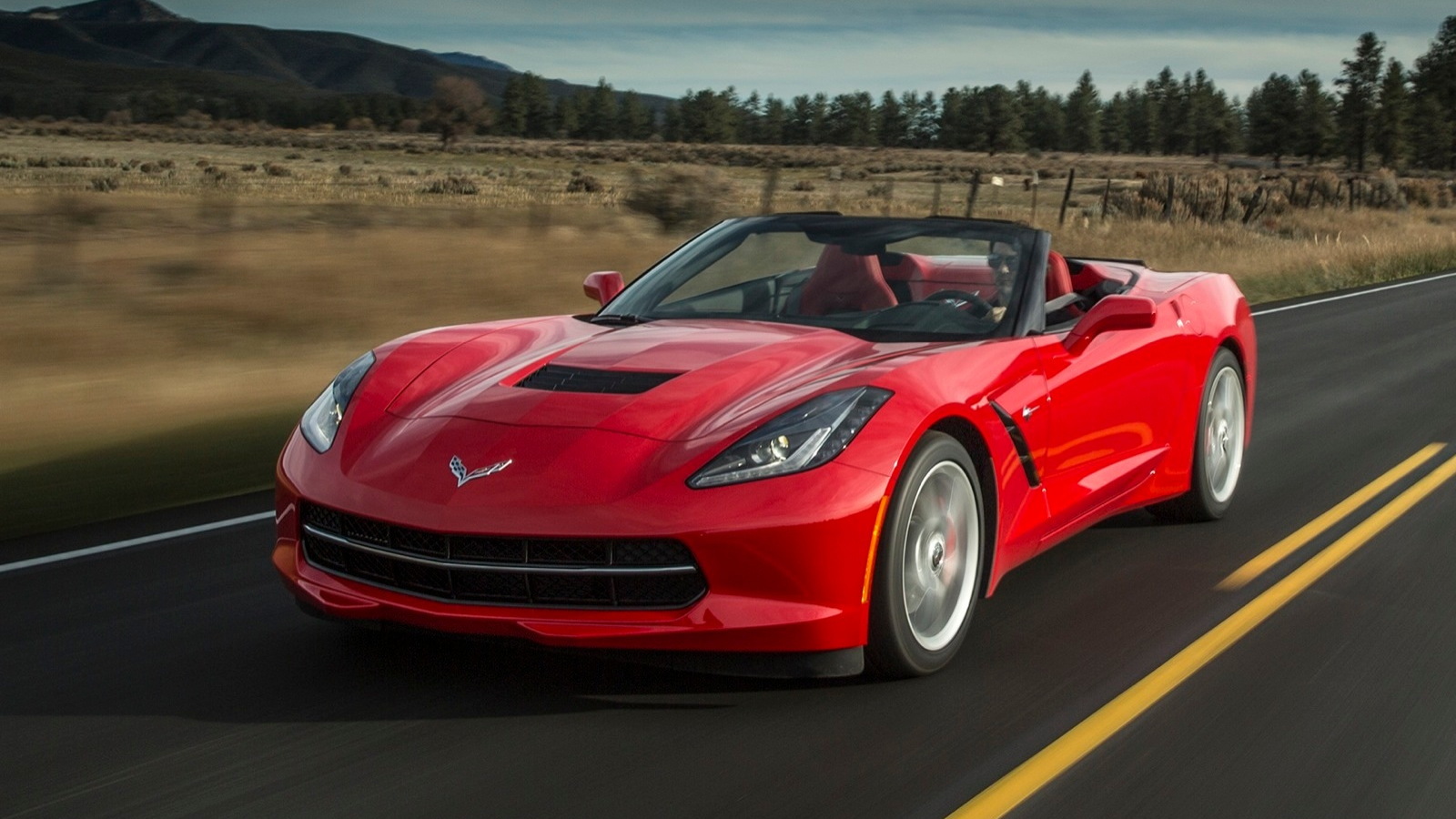 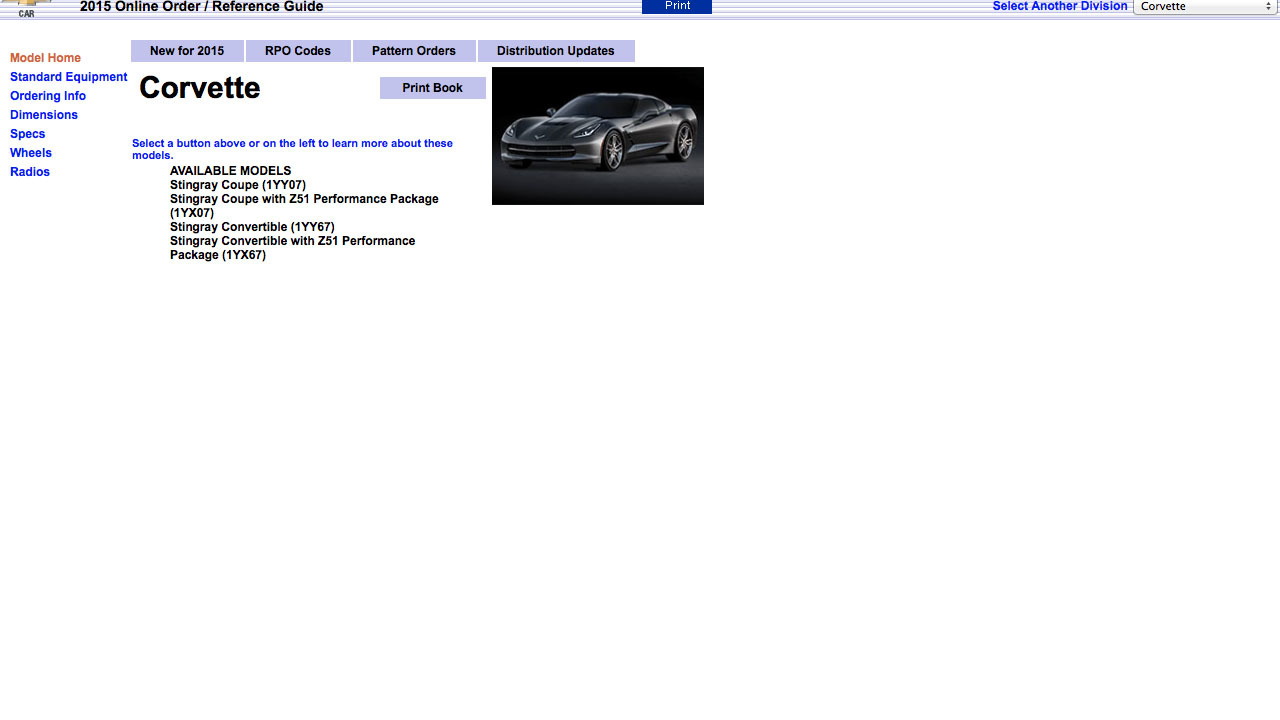 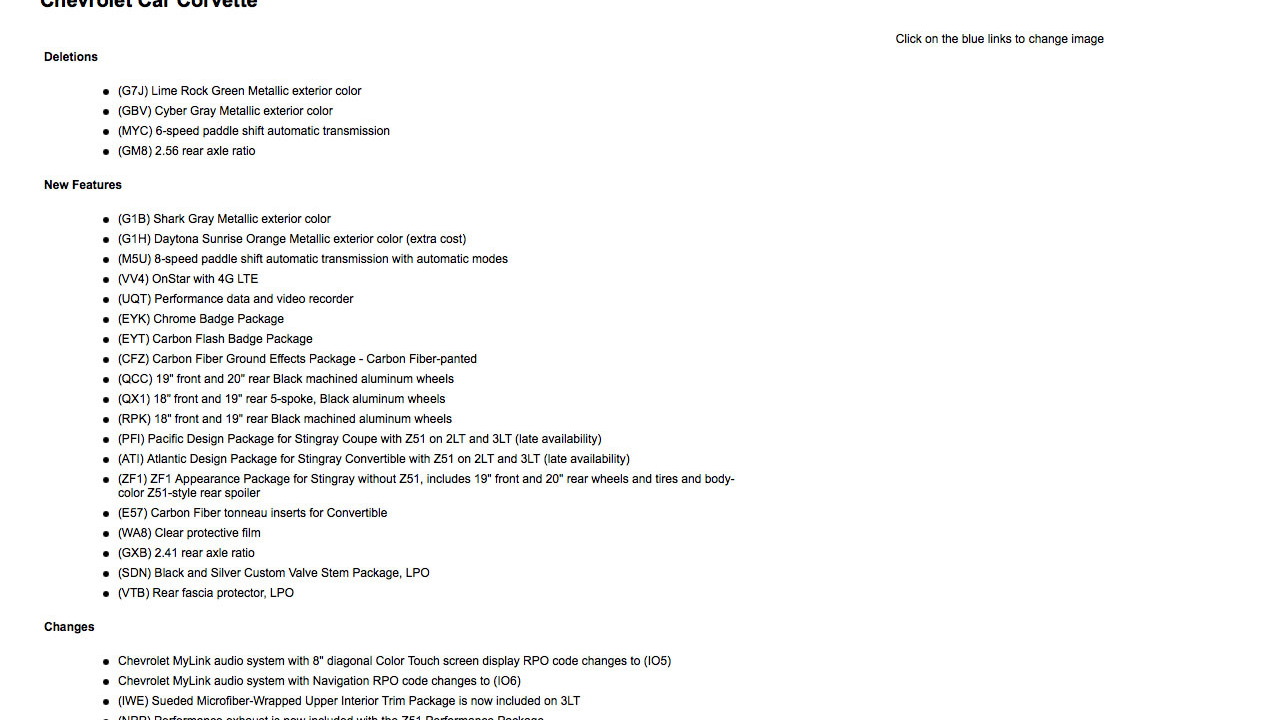 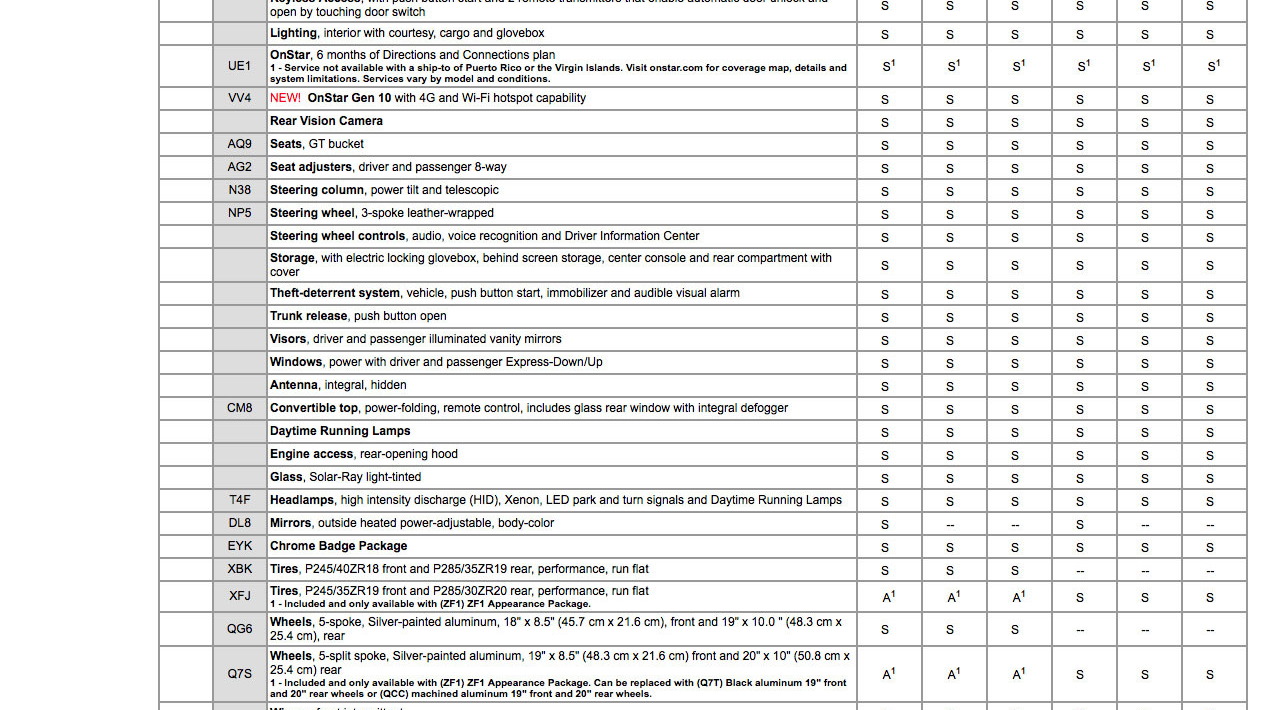 7
photos
The Chevrolet Corvette Stingray will enter its second model year with some minor changes, according to a leaked order guide.

Another significant new option is the ZF1 Appearance Package, which features the body-color spoiler and five-spoke alloy wheels from the Z51 Performance Package without the latter's mechanical upgrades.The previously-revealed Atlantic Design Package and Pacific Design Package will also join the lineup for 2015.

Other new aesthetic options include black and silver valve stems, carbon-fiber badges, and a new Carbon Fiber Ground Effects Package that includes a new front splitter, rocker panels, and a rear spoiler, all made from the lightweight material.

There are also two new exterior colors: Shark Gray Metallic and Daytona Sunrise Orange Metallic. The 2014 model's Cyber Gray Metallic and Lime Rock Green Metallic will not be available on 2015 models. A clear decal kit and rear-fascia protector will help to preserve that new paint.

Notably absent from this order guide are any details on the 2015 Corvette Z06, which admittedly won't arrive in dealerships until calendar-year 2015.