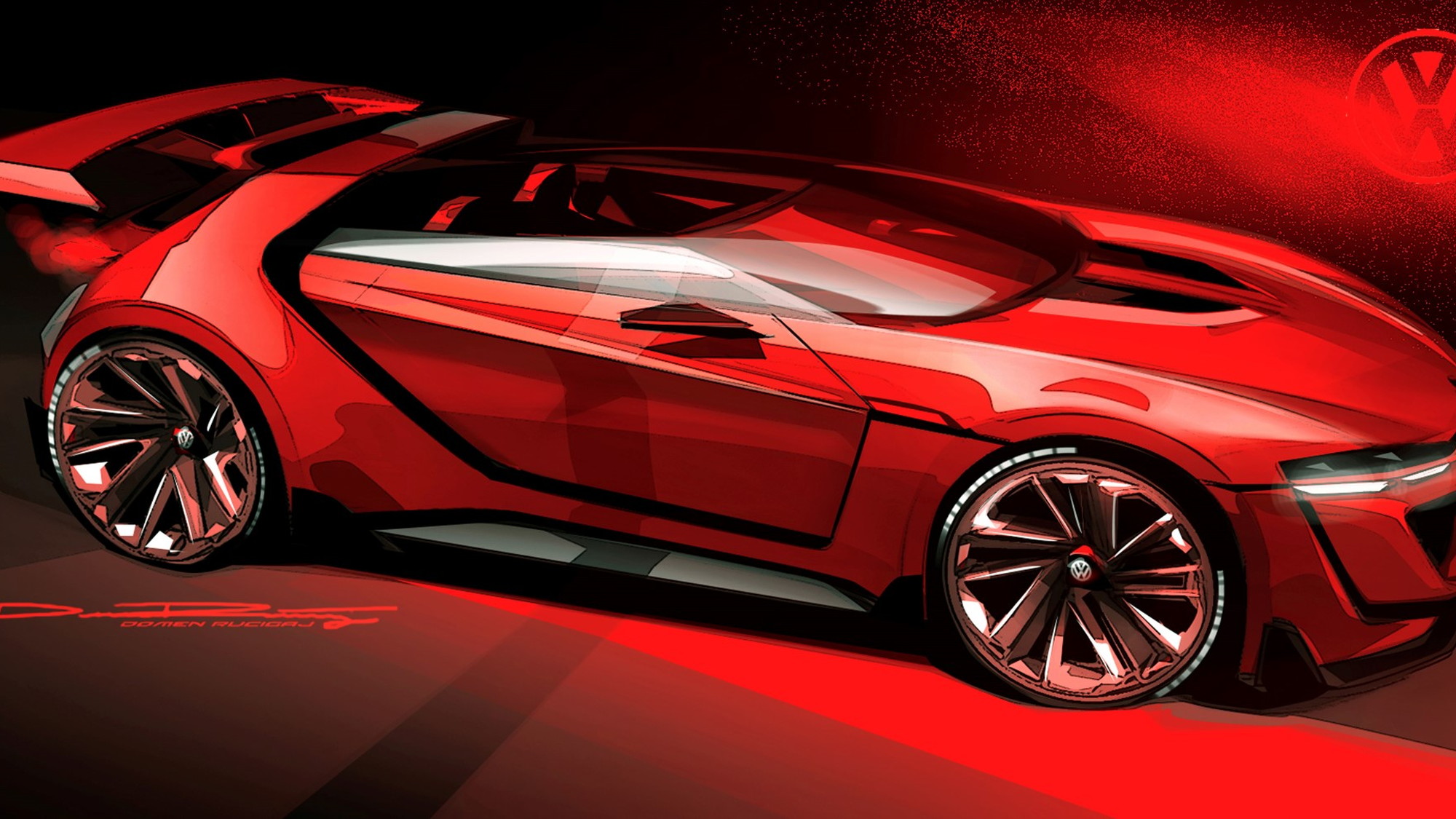 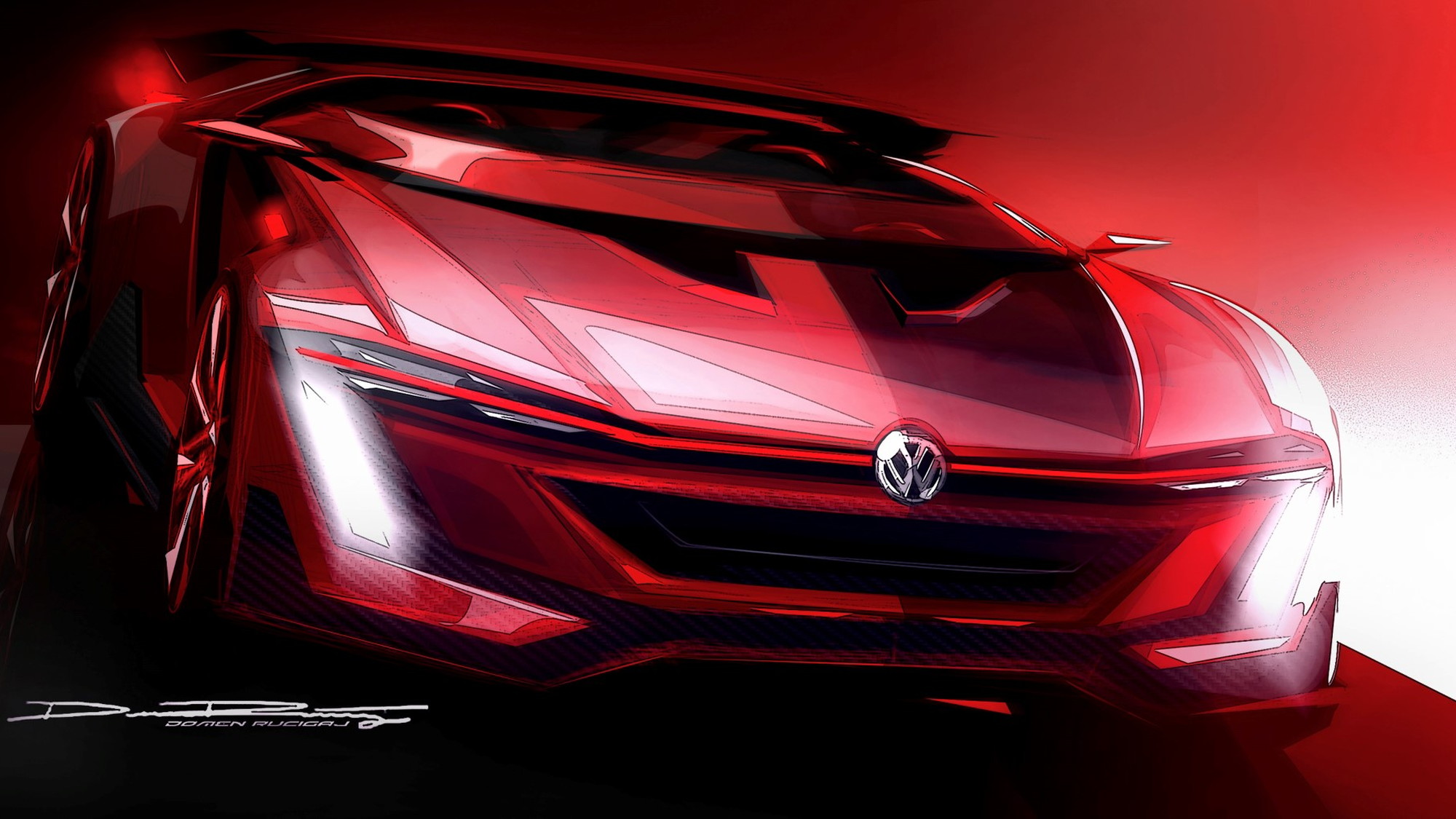 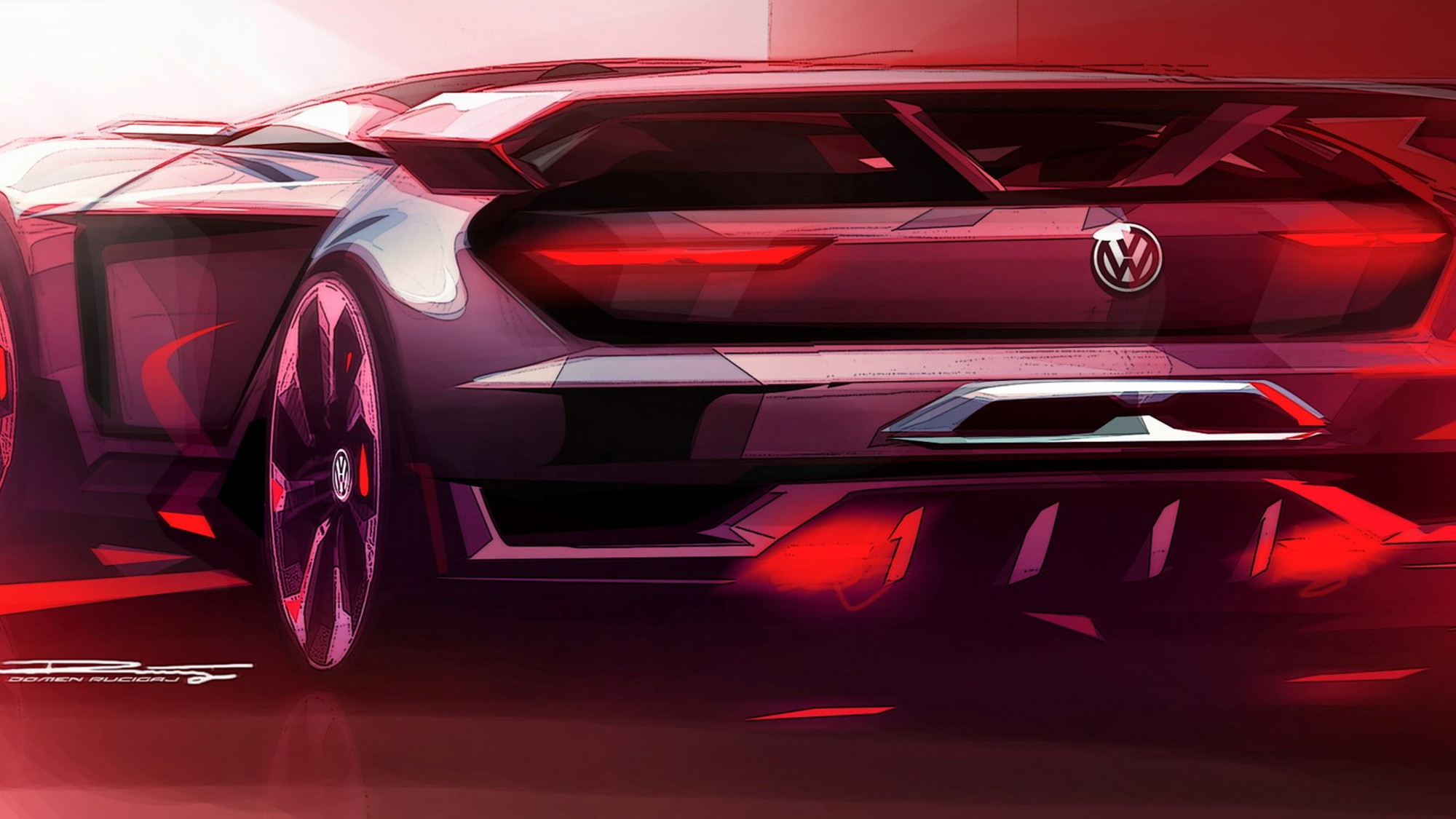 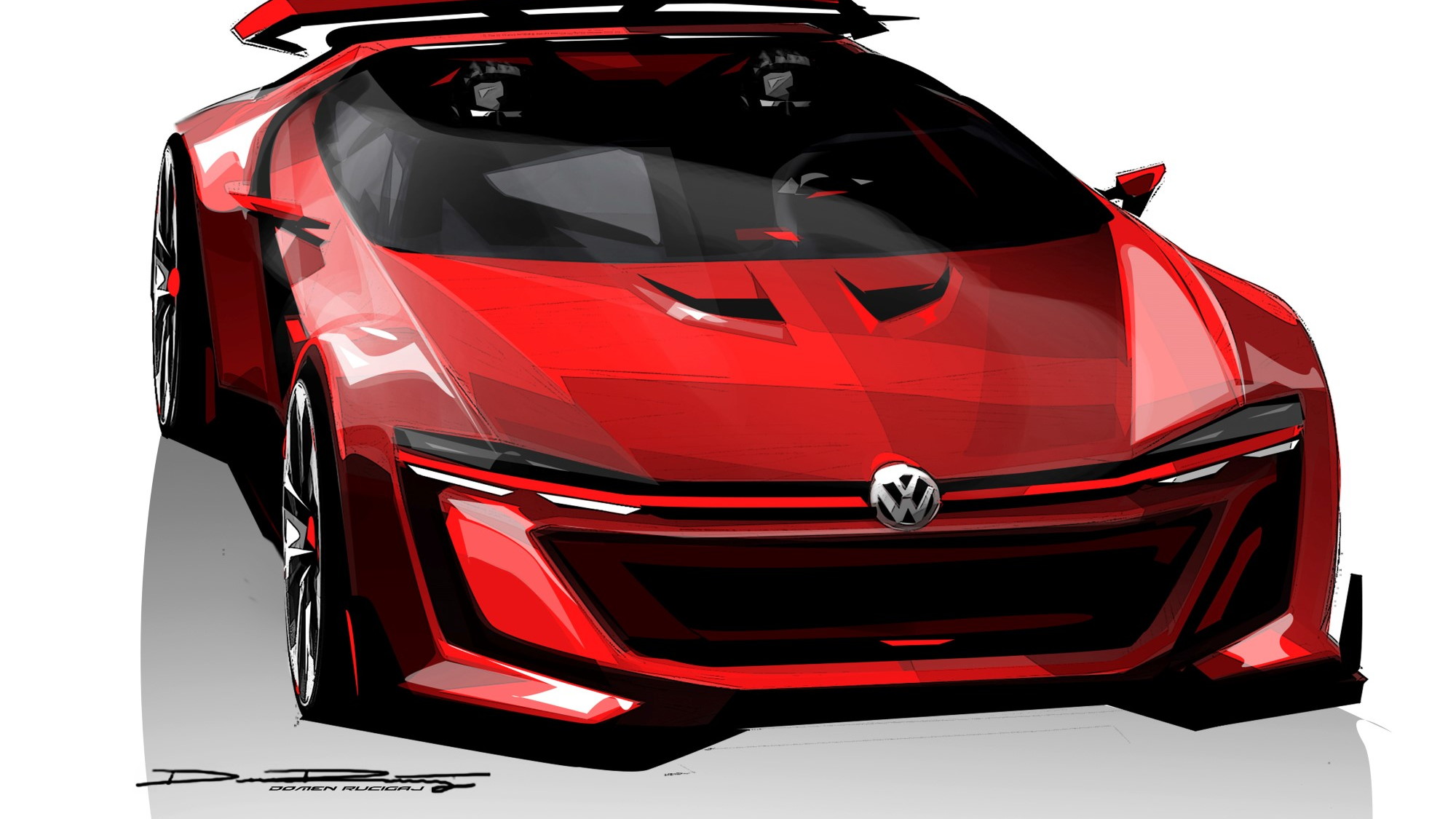 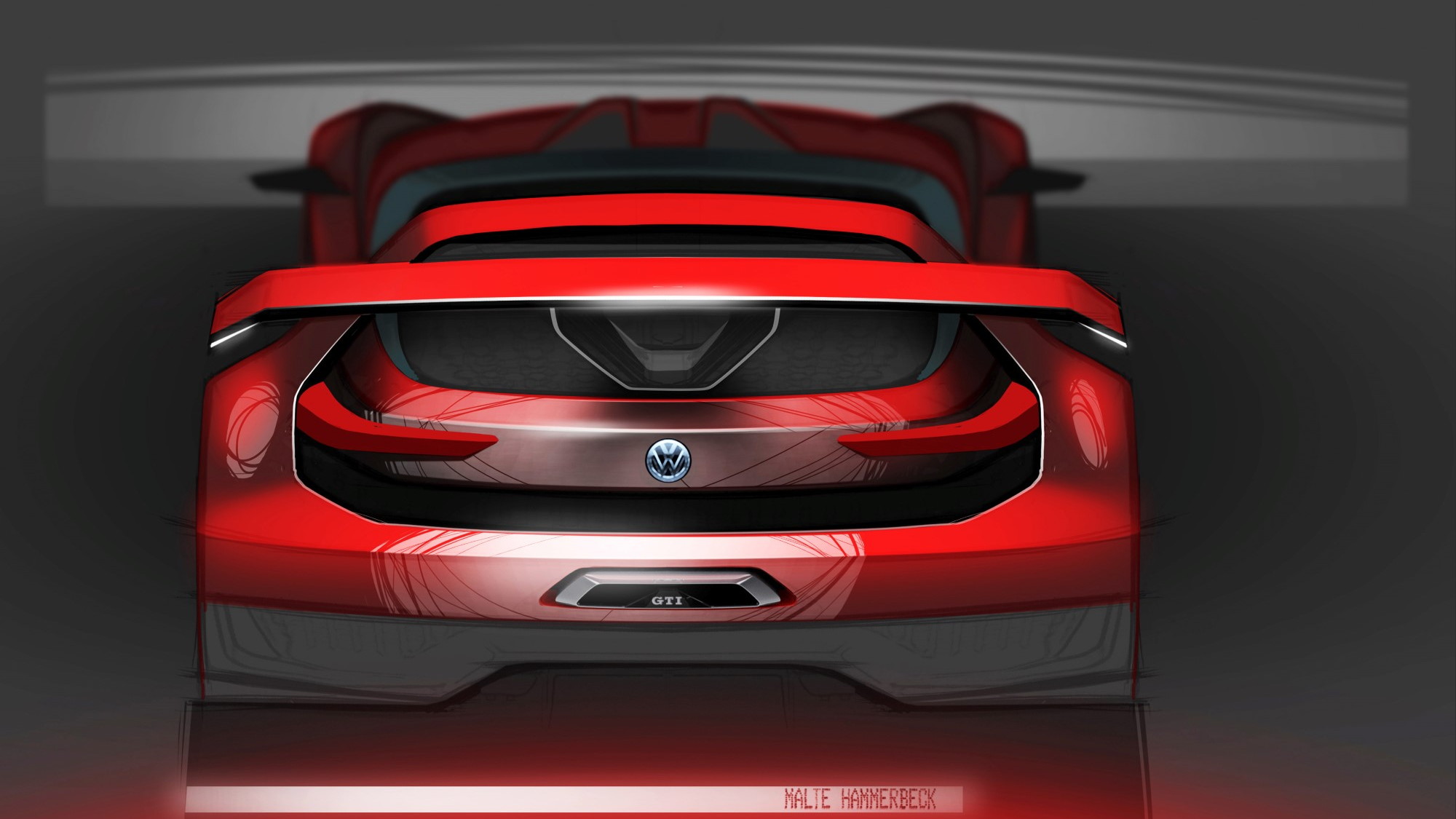 12
photos
Sony's Gran Turismo video game has enriched the lives and worlds of many a car enthusiast, and while the concept cars that come to the game's virtual world may never grace the real world, we love seeing them nonetheless. The latest is Volkswagen's GTI Roadster, Vision Gran Turismo, teased last week and partially revealed today in a passel of official sketches.

Yes, there's a comma in the name. No, we can't figure out why.

What we do know about the car is that it "uses the Golf GTI Design DNA to create a strong sporting statement." How strong is that sporting statement? It's 503 horsepower and 491 pound-feet of torque strong, thanks to a (virtual) 3.0-liter twin-turbo VR6 TSI engine. That's the same horsepower figure but 78 pound-feet more torque than in last year's Design Vision GTI concept. A seven-speed DSG gearbox handles the shifts, while 4Motion all-wheel-drive sends the power to each of the 20-inch wheels.

Visually, the GTI Roadster, Vision Gran Turismo's low-cut windshield and open top give it an aggressive, futuristic look. Where, exactly, the Golf GTI DNA can be found is a bit more difficult to see; the closest parallel we can draw is in the upper grille and headlight area.

The GTI Roadster, Vision Gran Turismo will make its official debut at Austria's Wörthersee Festival on May 28 before presumably entering the on-line realm of Gran Turismo for gamers to drive on their favorite tracks.