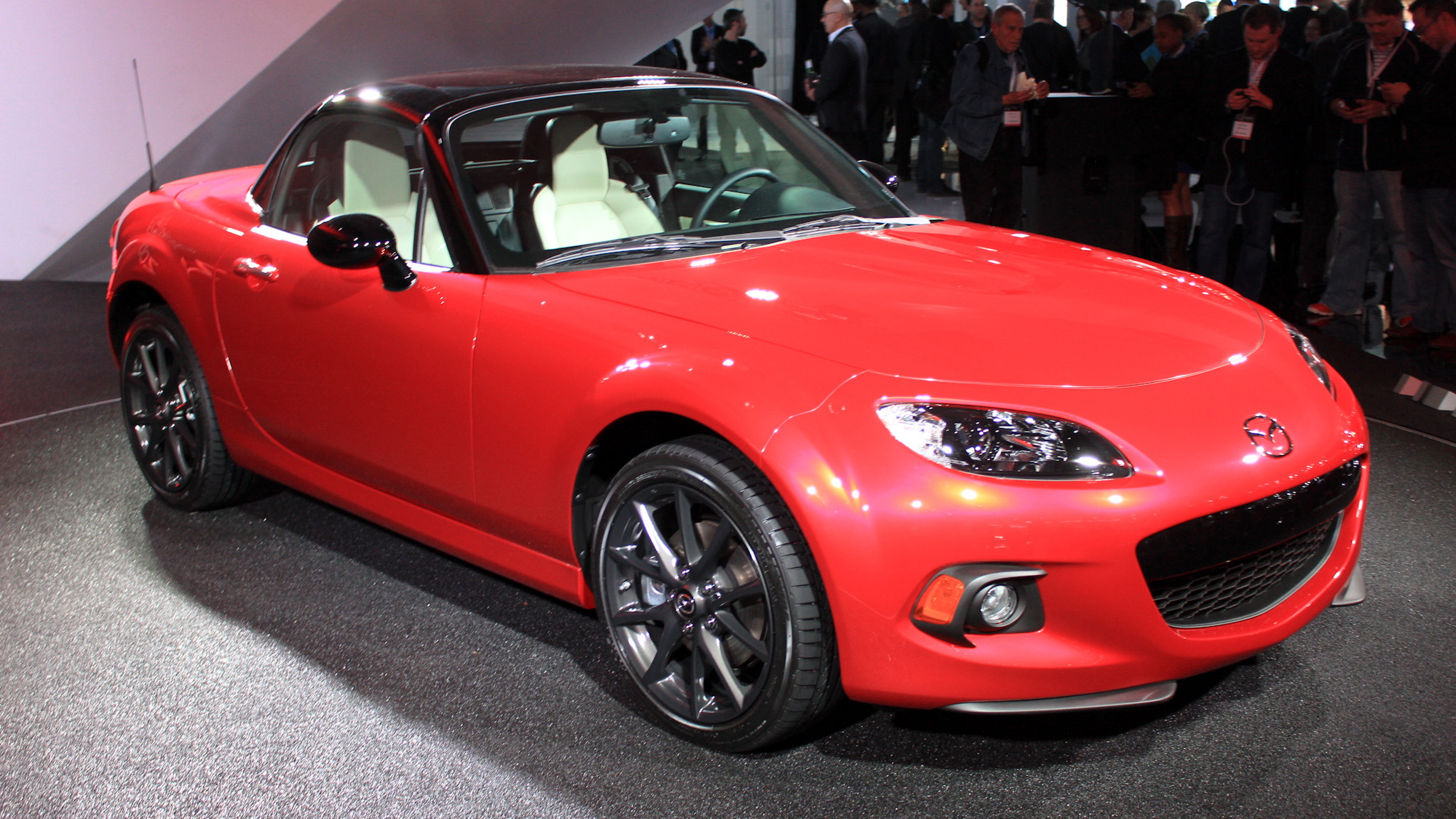 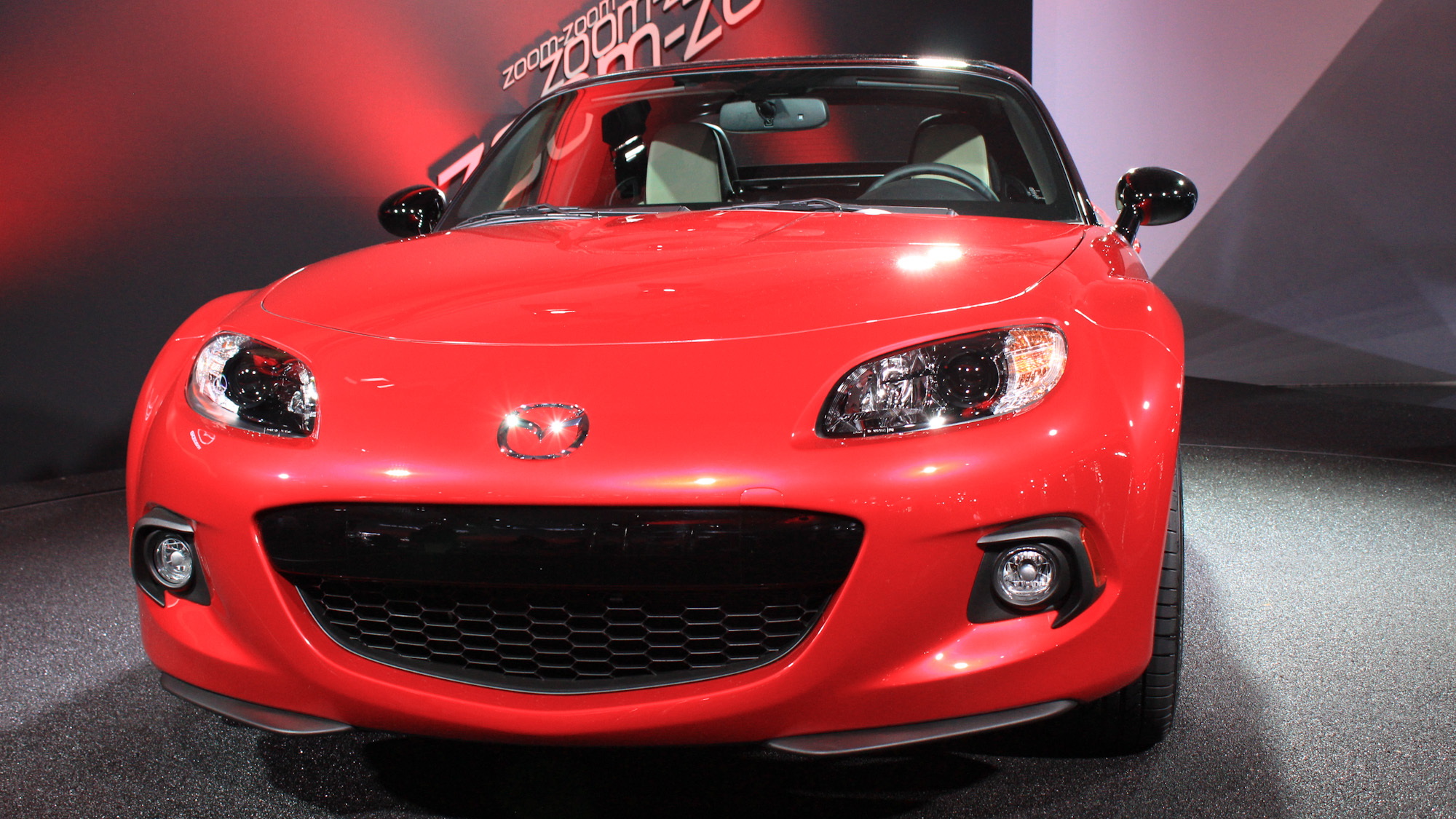 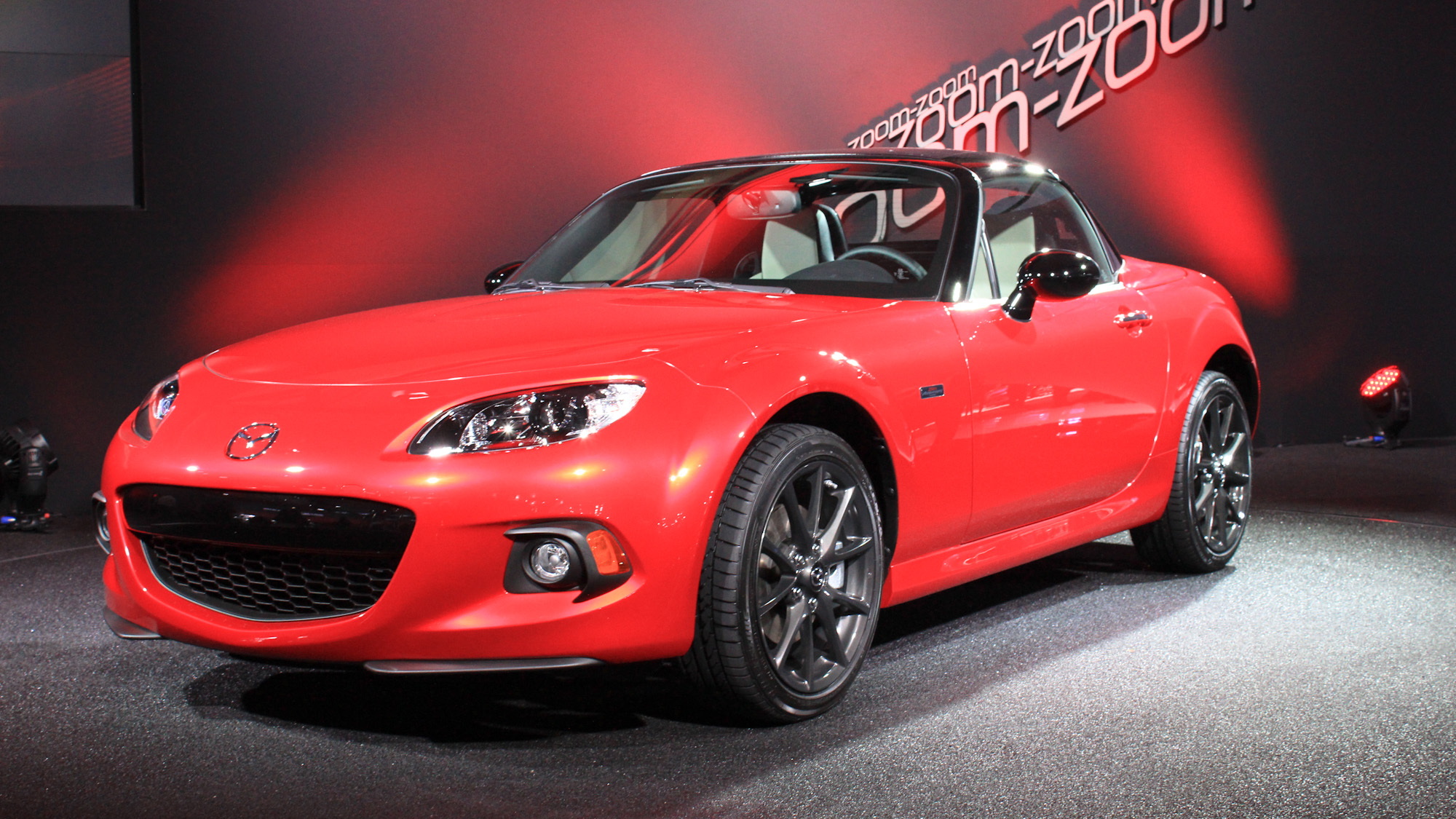 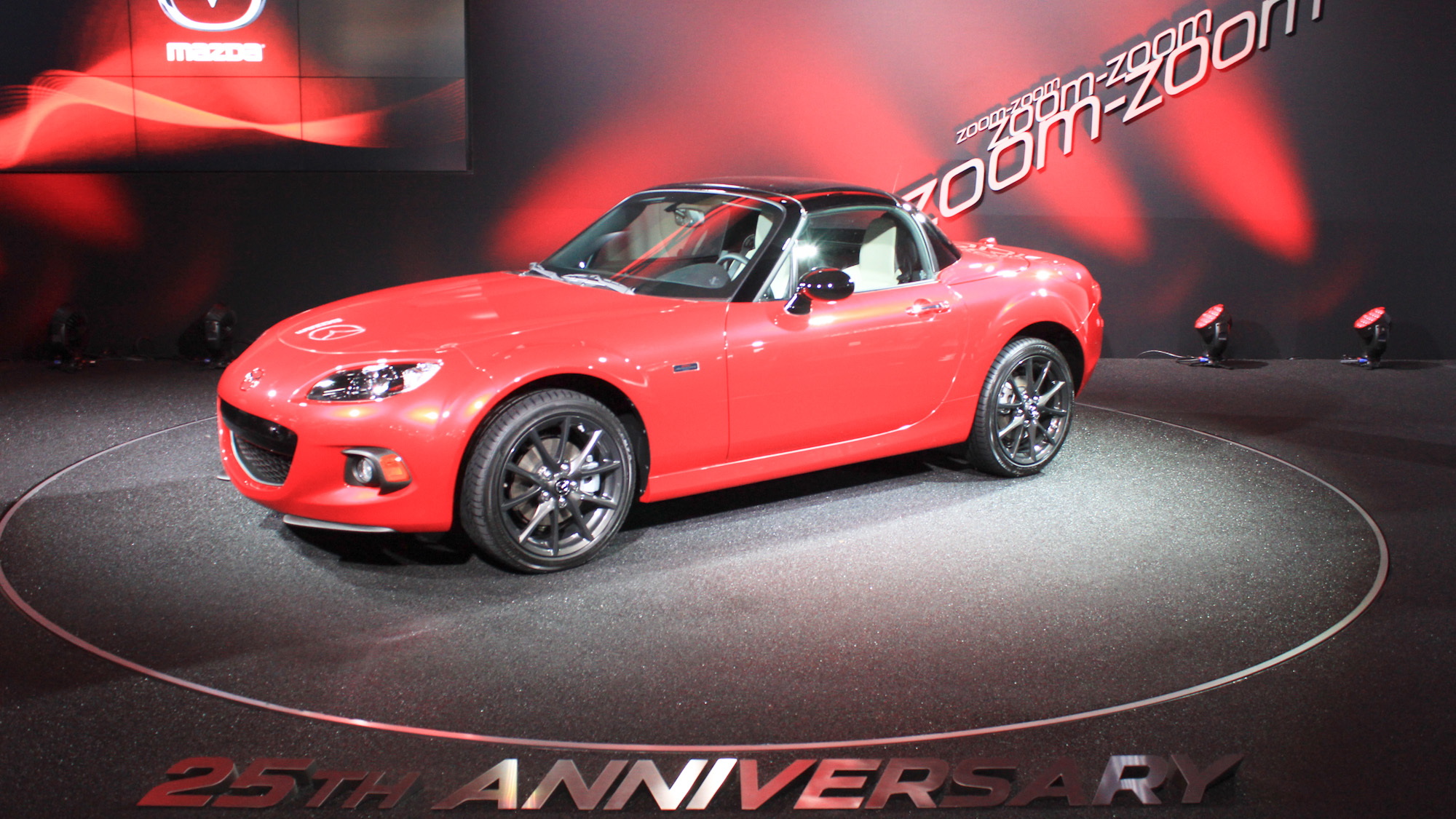 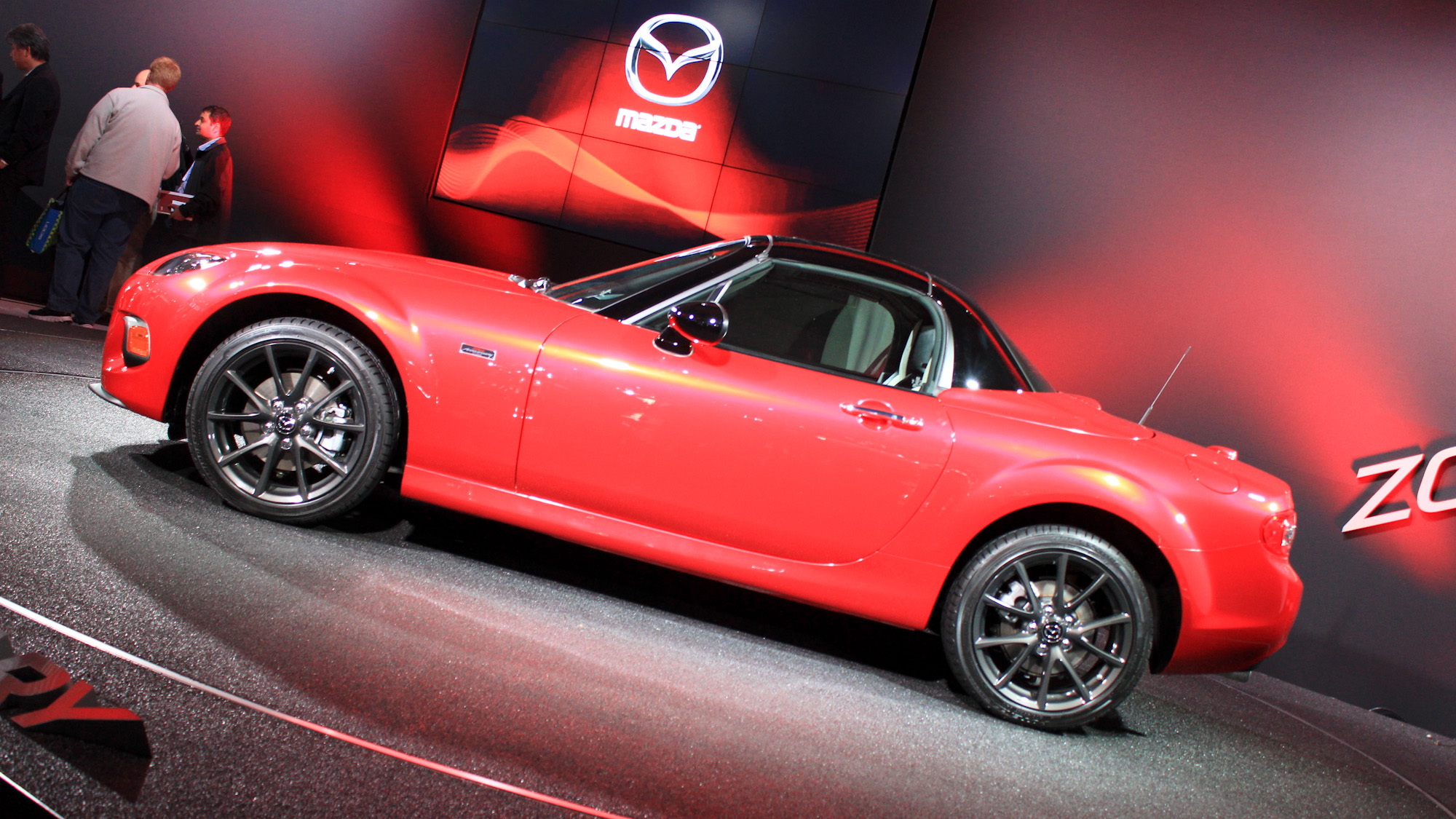 16
photos
Mazda has launched a pre-order program for its 2015 MX-5 Miata 25th Anniversary Edition, which made its debut last month at the 2014 New York Auto Show. As its name suggests, the new special edition celebrates the 25 years since the launch of the original ‘NA’ MX-5 back in 1989 but it also marks the end of development of the current ‘NC’ model. That’s because an all-new ‘ND’ model is due next year, as a 2016 model, and we were treated with a look at its new SkyActiv chassis in New York as well.

As for the MX-5 25th anniversary model, only 100 examples will be brought into the country, each priced from $33,000 when you include Mazda’s standard $795 destination and handling charge. Anyone interested in the car will be able to put their name down on a queue to purchase one via a special website which launches 1:25 PM Eastern on May 20, 2014. This pre-order program will run until May 31, 2014, or when 250 customers have registered, whichever comes first. Deliveries aren’t scheduled to take place until the second half of the year.

The MX-5 25th anniversary model comes standard with a power retractable hard top as well as unique metallic red paint, black A-pillars, gunmetal gray 17-inch aluminum wheels, and black detailing on the window surrounds and side mirror caps. Inside, there’s almond-colored leather trim for the seats and door innards, a satin finish on some of the dashboard elements, aluminum pedals, and a host of other special touches. Owners also get an exclusive Tourneau watch to go with the car.

Regular MX-5 Miata models are still available for the 2015 model year, with pricing starting at $24,765 when the $795 destination charge is included.