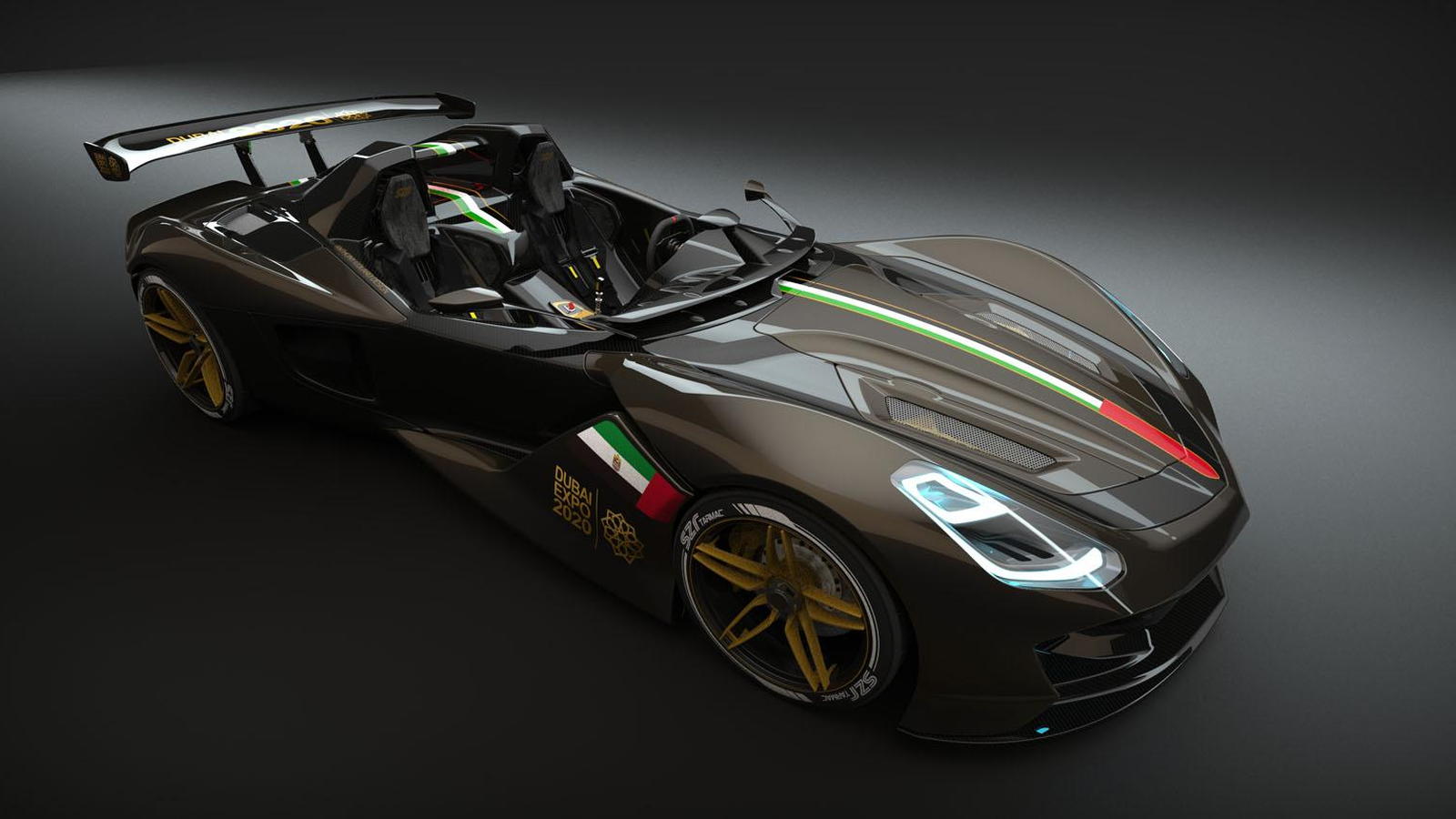 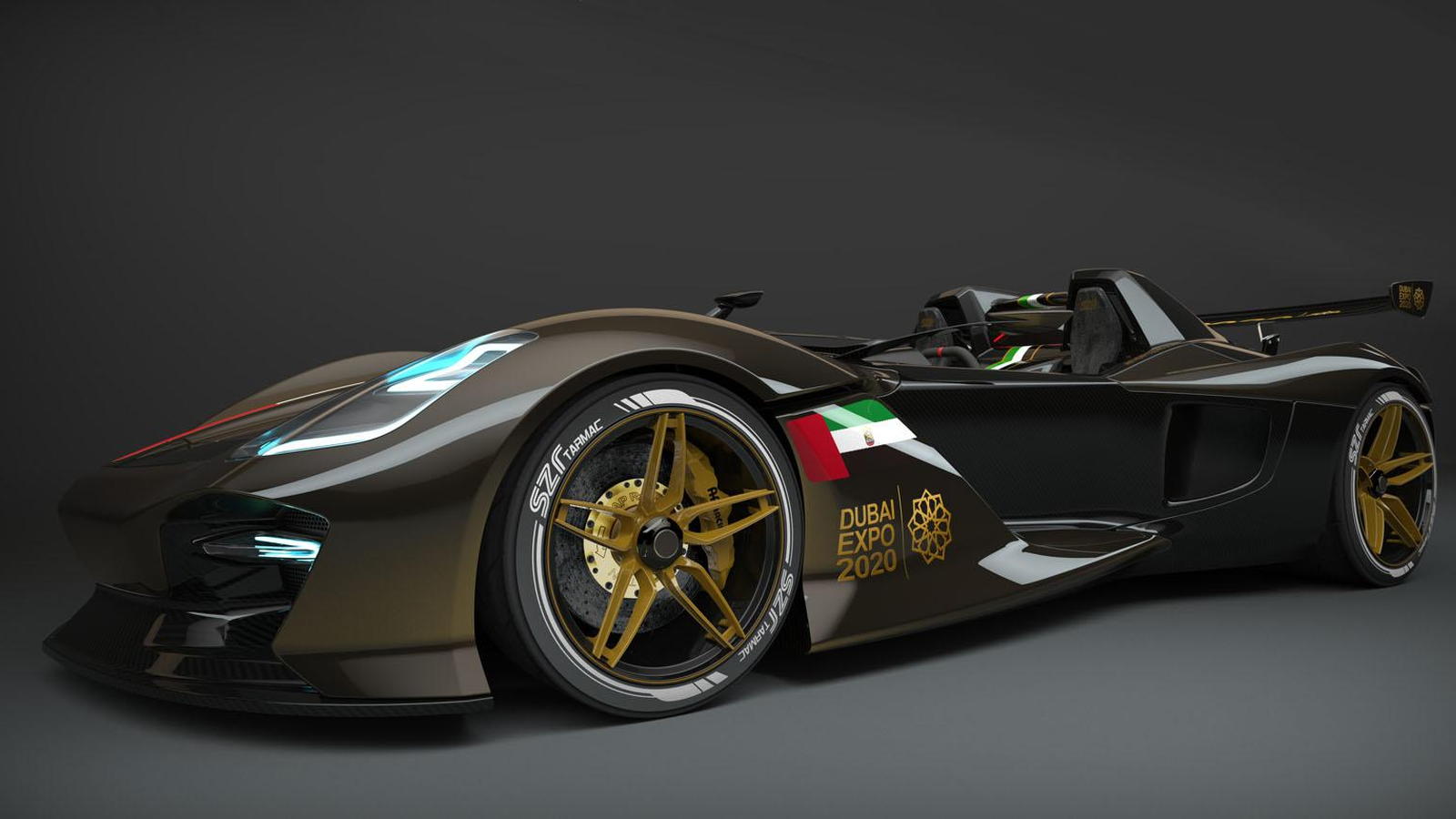 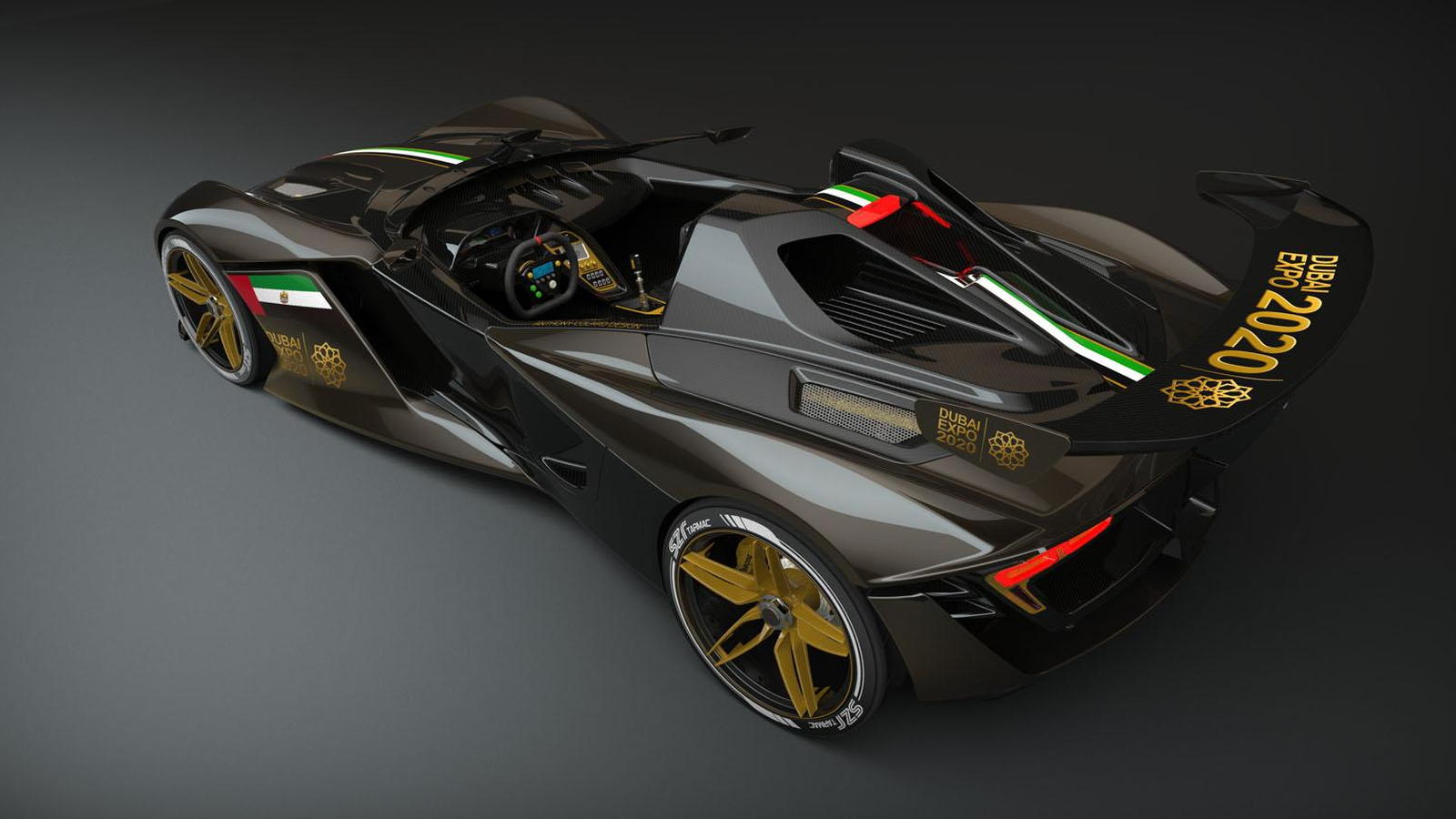 3
photos
The United Arab Emirates is very much known for its wealth and love of automobiles, but has no great tradition of actually building cars. You can be sure though, given the first criterion, that any car emerging from the Emirates would offer high performance and striking looks--just as this Dubai Roadster does.

DON'T MISS: High-Tech Self-Cleaning Paint Coming To A Car Near You Soon?

A road-going track day special, the Roadster is billed as a competitor to track-focused cars like the KTM X-Bow and BAC Mono. According to World Car Fans, the Roadster weighs under 1,653 lbs, and uses a 400-horsepower, transversely-mounted V-8.

That's certainly an advancement on the usual four-cylinder powerplant of track specials, but the Dubai Roadster has visual bark to match its bite. It's low, wide and features a large rear spoiler, while driver and passenger get hefty-looking rollover hoops. There's more than a hint of Le Mans Prototype to the flanks, and at the front the car scrapes the road with a deep front bumper, LED-laden headlights and a ventilated hood. It could make its debut at 2015's Dubai Auto Show.

It's not the only recent entrant into the Arab sports car scene, of course--W Motors recently showed off its Lykan Hypersport at Top Marques Monaco, a haven for jaw-dropping supercars. Its 3.7-liter flat-six develops even more horsepower, at 750 ponies, while unlike its Dubai Roadster compatriot, W Motors's vehicle is already available for sale. The Arabian nations may not have a sports-car-building tradition, but all traditions have to start somewhere...