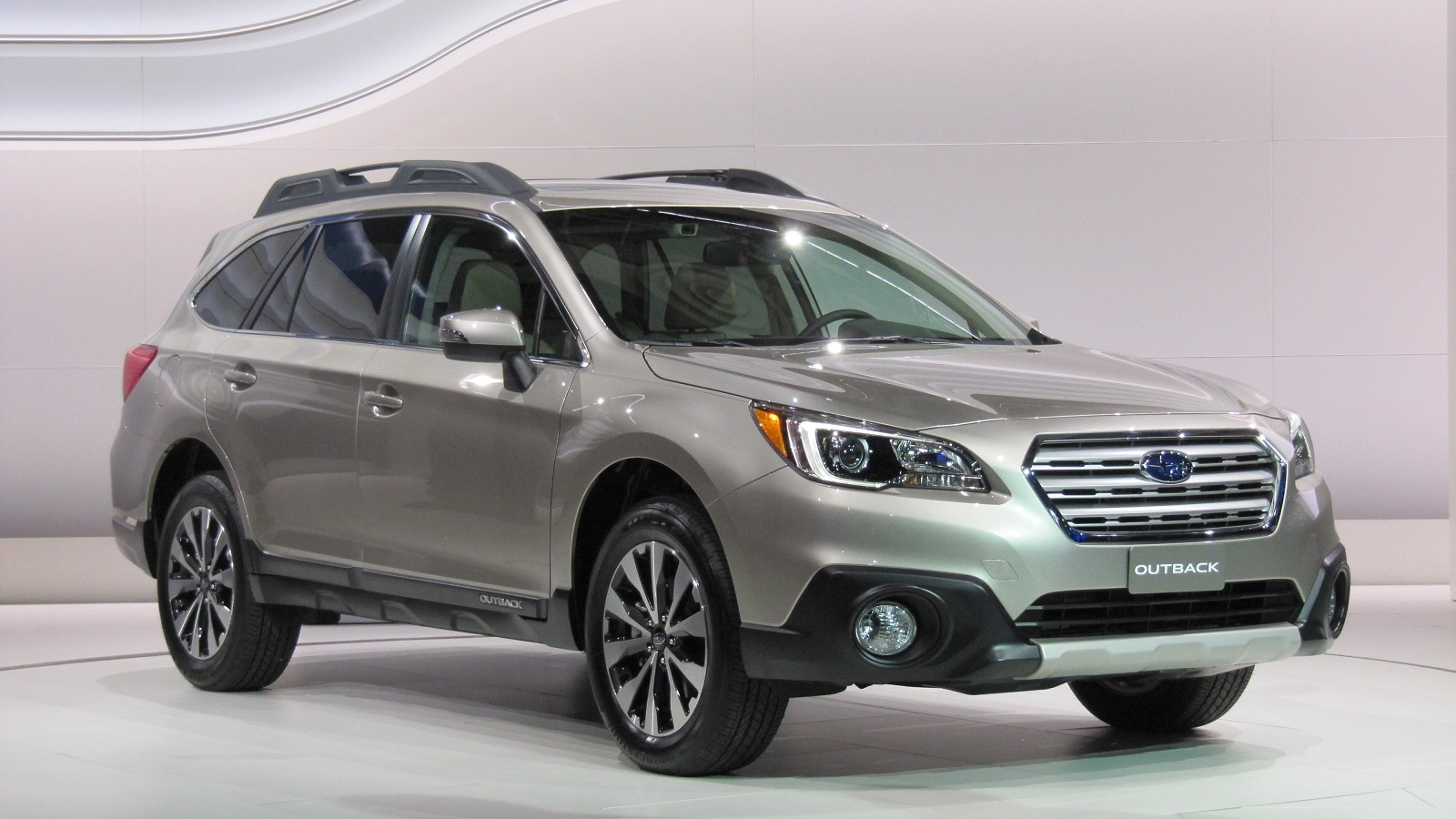 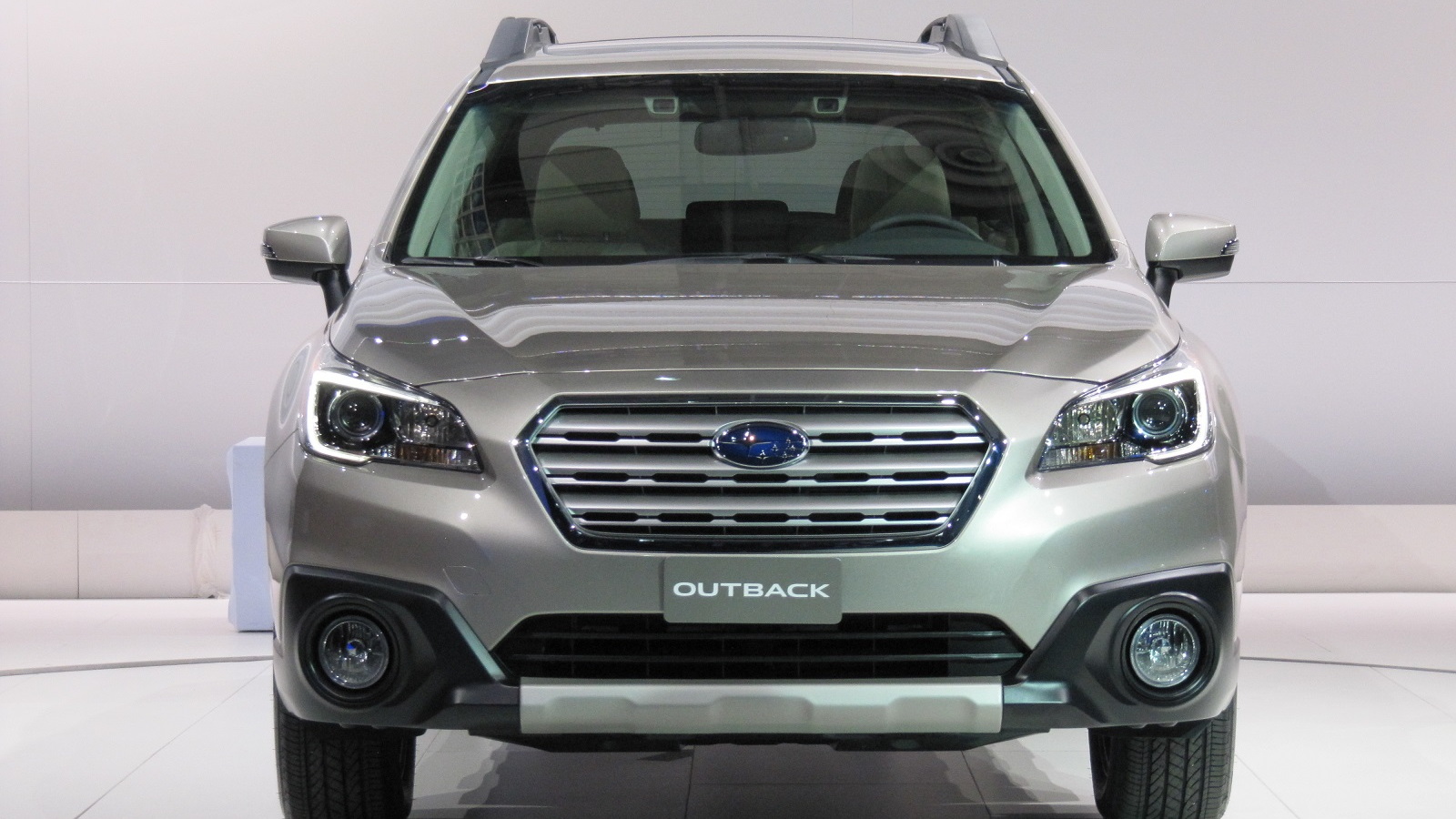 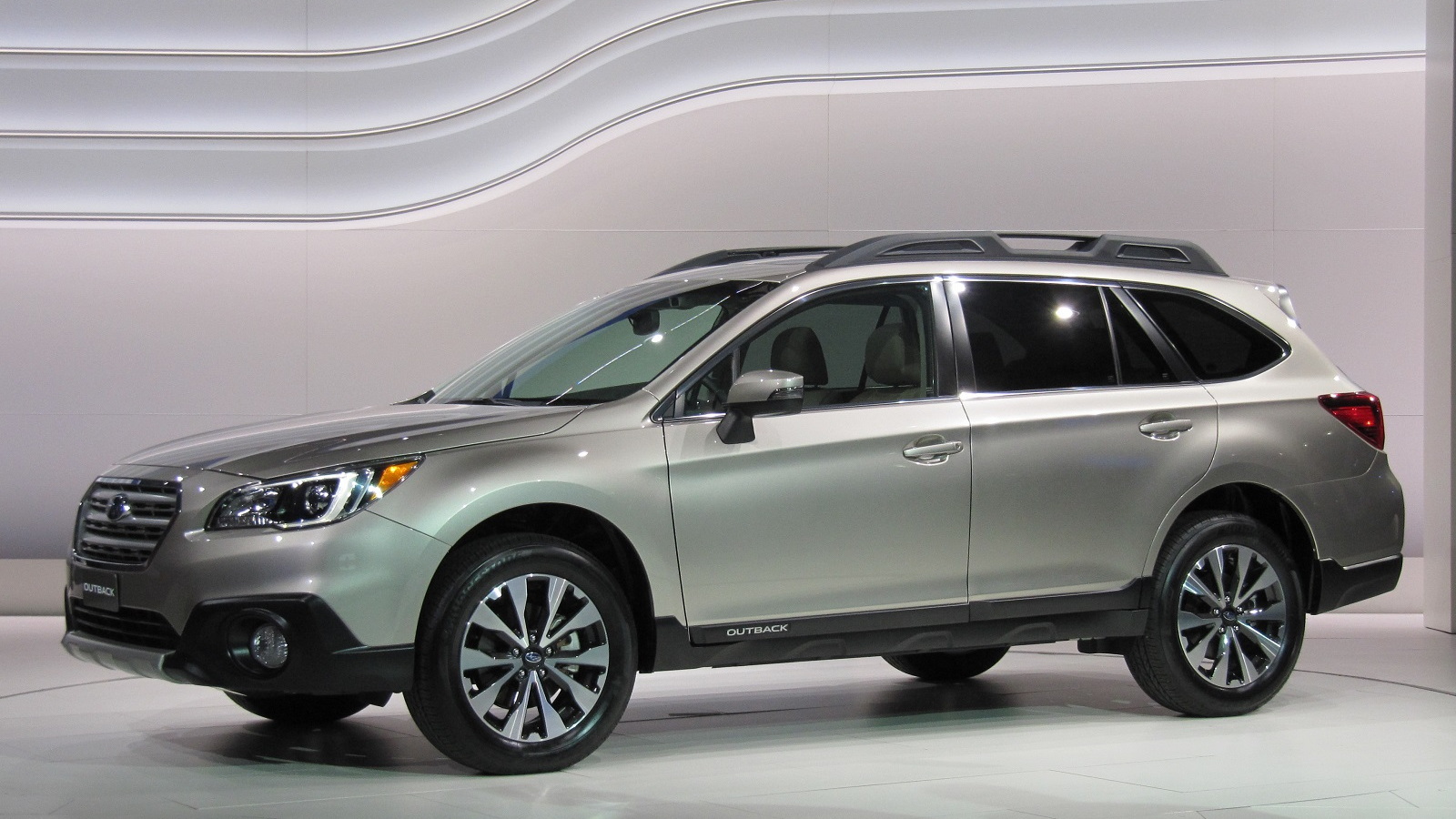 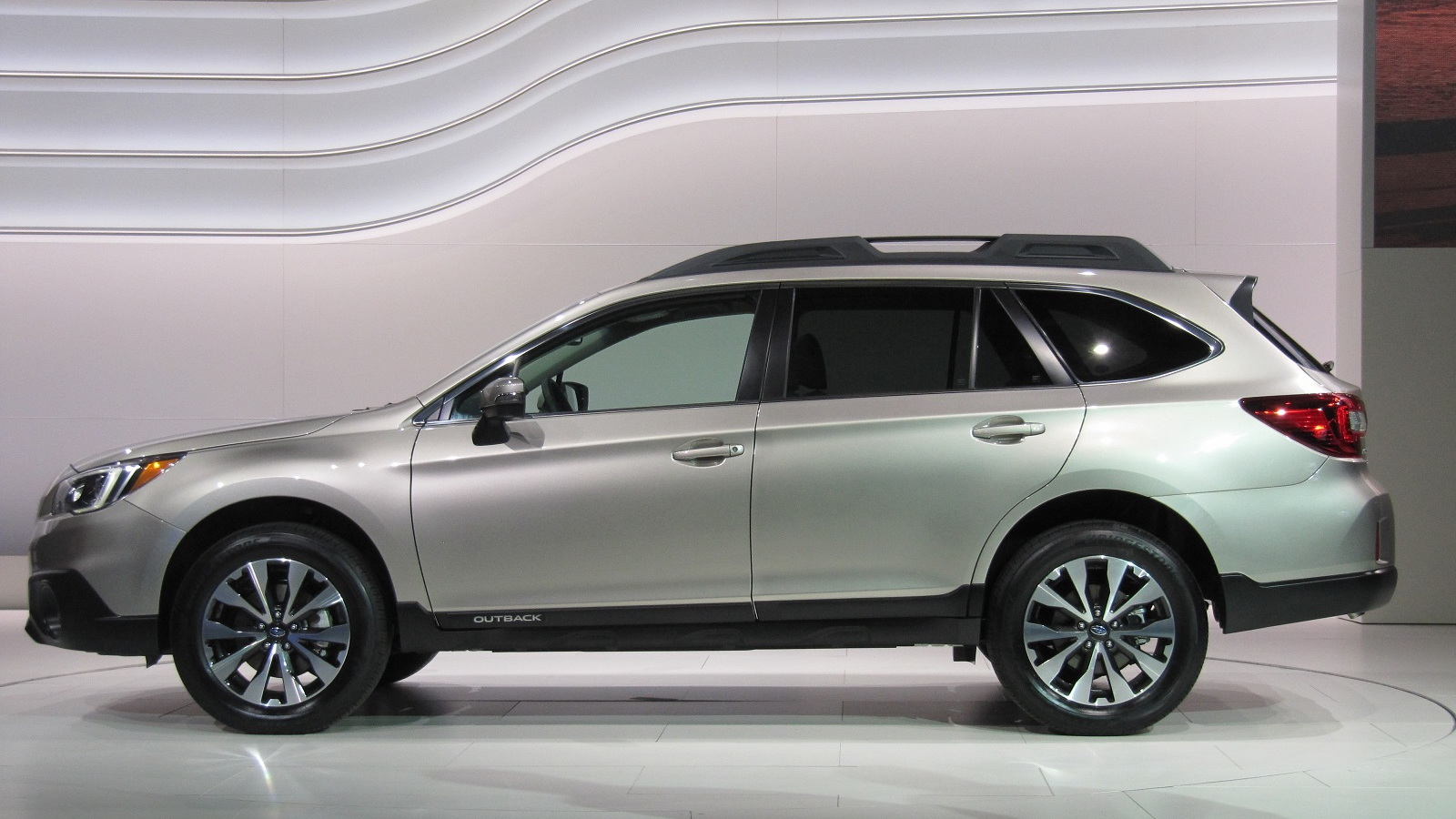 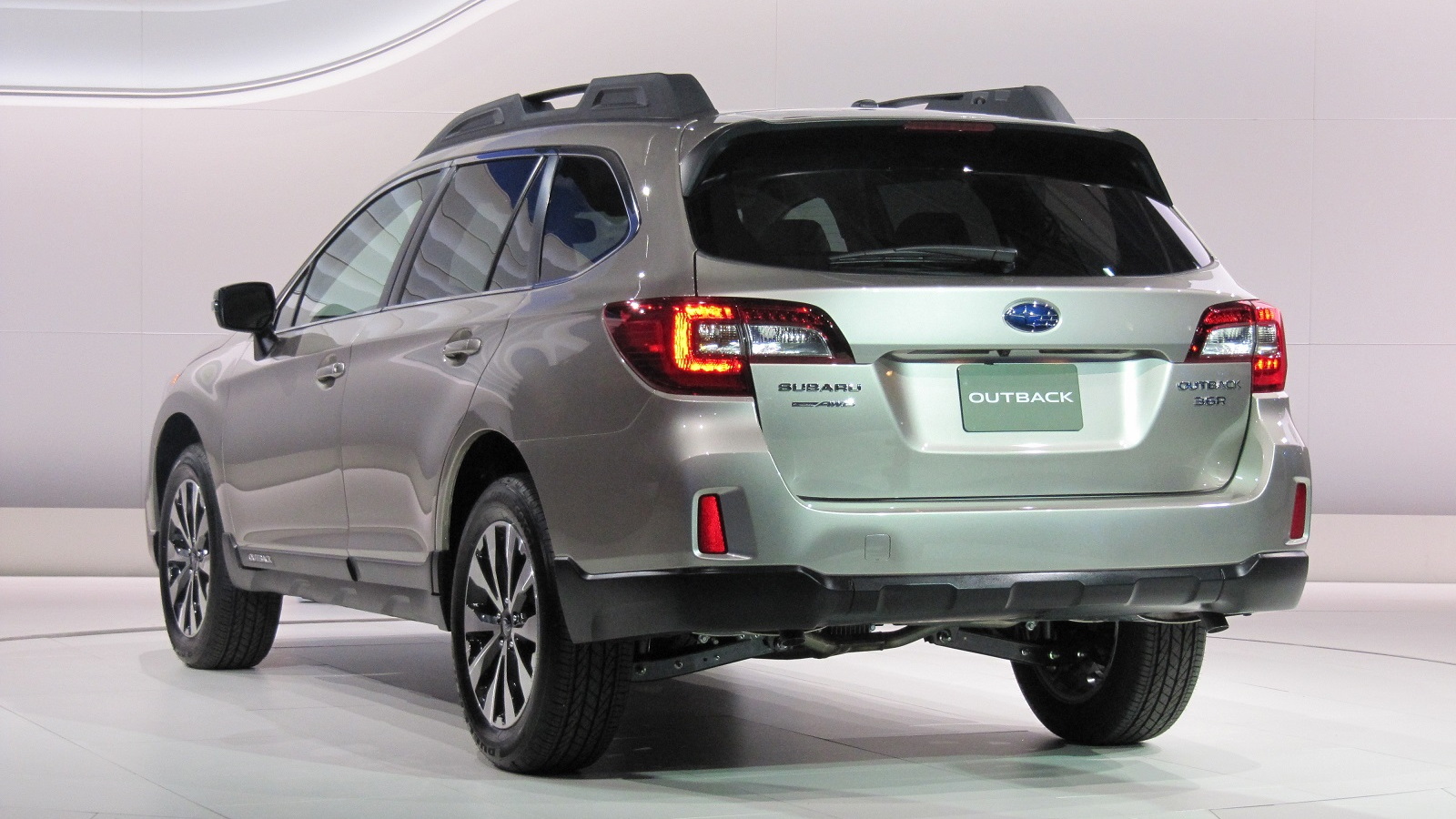 34
photos
Just months after the debut of the all-new Subaru Legacy sedan at the 2014 Chicago Auto Show, the car’s soft-roader wagon variant, the Outback, has made its auto show debut, this time in the Big Apple. Like the new Legacy, the new Outback will be rolling into showrooms this summer as a 2015 model. It brings with it a fresh new look, refined powertrains and some new safety tech.

DON'T MISS: 2015 Dodge Challenger Comes In Eight Trim Levels, None Of Them Supercharged

The look is very close to that of the new Legacy, unsurprisingly. The headlights and grille shape are nearly identical between the two cars, as are the hood and side mirrors. In fact, with Subaru's small selection of powertrains, the only substantive difference is the Outback's wagon-like profile, raised ground clearance, underbody protection and extended cargo carrying capacity.

That small selection of powertrains consists of a 2.5-liter four-cylinder and a 3.6-liter six. Both are horizontally-opposed ‘boxer’ units and drive all four wheels via CVTs. The four-cylinder is good for 175 horsepower and 174 pound-feet of torque, while the six delivers 256 hp and 247 lb-ft of torque.

The four-cylinder is obviously the most fuel-efficient, returning an estimated 25/33 mpg city/highway and 28 mpg combined gas mileage. This is helped along by active grille shutters and reduced weight through the use of lightweight aluminum parts (such as the hood). The curb weight of the lightest 2015 Outback is 3,593, which is approximately 140 pounds heavier than the lightest 2015 Legacy sedan.


The interior of the 2015 Outback won’t set any hearts on fire but there is plenty of tech here. A small display screen is positioned in the instrument gauge while a second, touchscreen display is located in the center stack. The latter controls Subaru’s StarLink connectivity system which includes Aha and Pandora smartphone integration, a rear vision camera and Bluetooth and iPod connectivity. An upgraded infotainment system adds a bigger touchscreen display along with SiriusXM satellite radio, SMS text messaging, iTunes tagging and dual USB ports.

In addition to these, hill descent control, hill start assist and a new X-Mode system augment the standard all-wheel-drive system to assist the driver in navigating rough roads, slippery surfaces or steep inclines. The X-Mode system, which debuted on the 2014 Forester, adjusts the engine output and CVT together with the all-wheel drive and stability control logic to help reduce wheel spin.

To see what else is on show at the 2014 New York Auto Show this week, head to our dedicated hub.