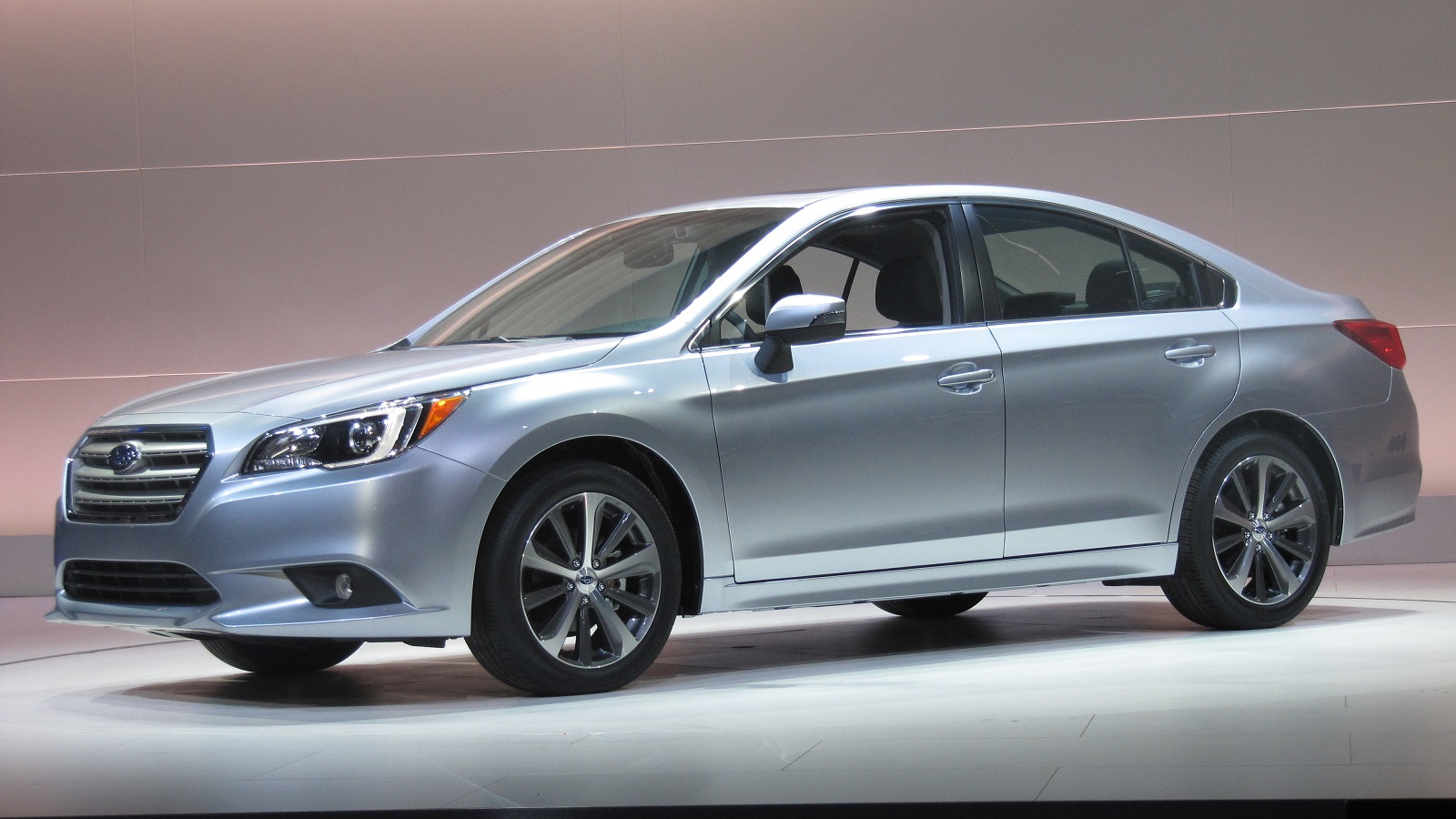 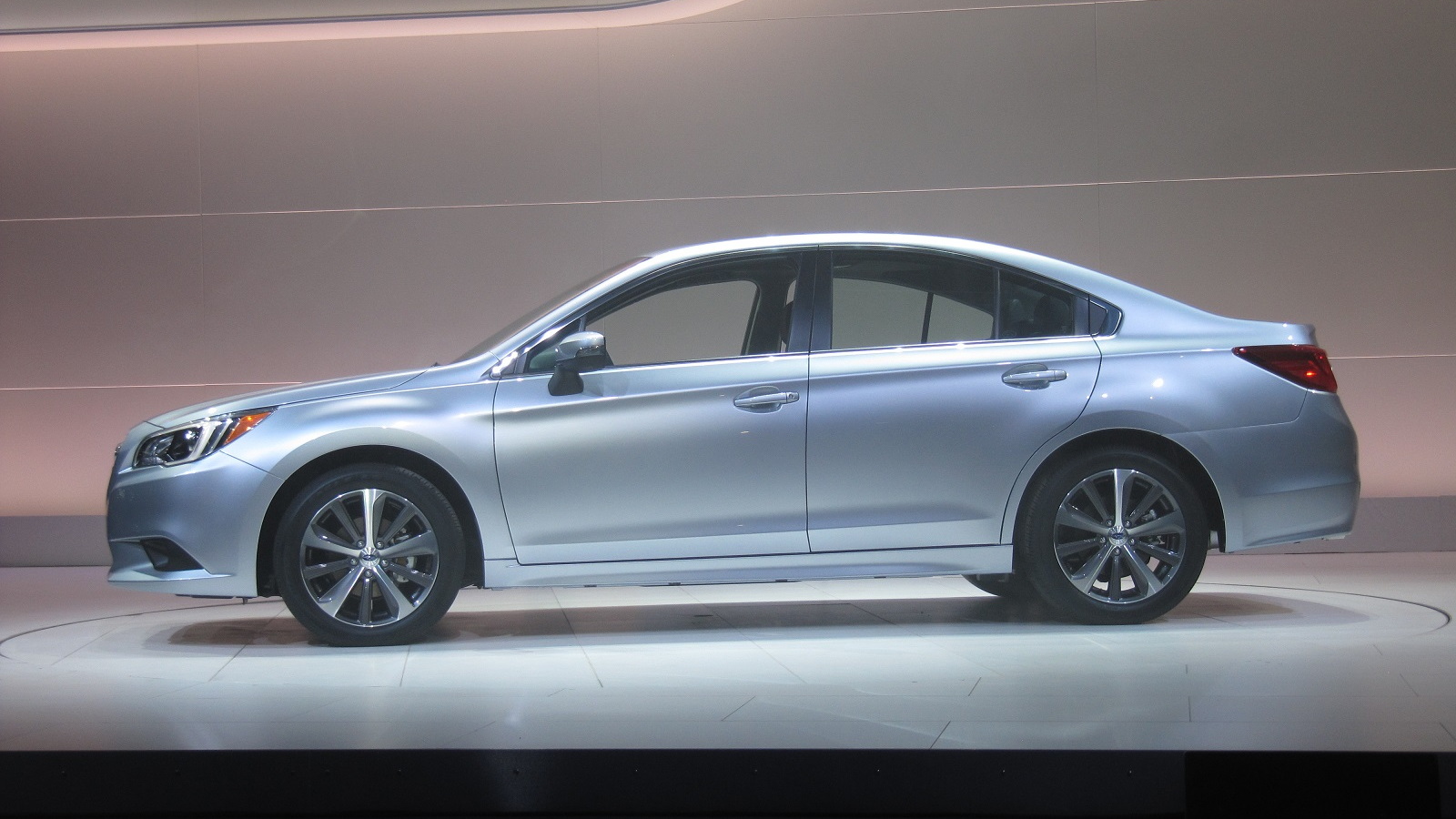 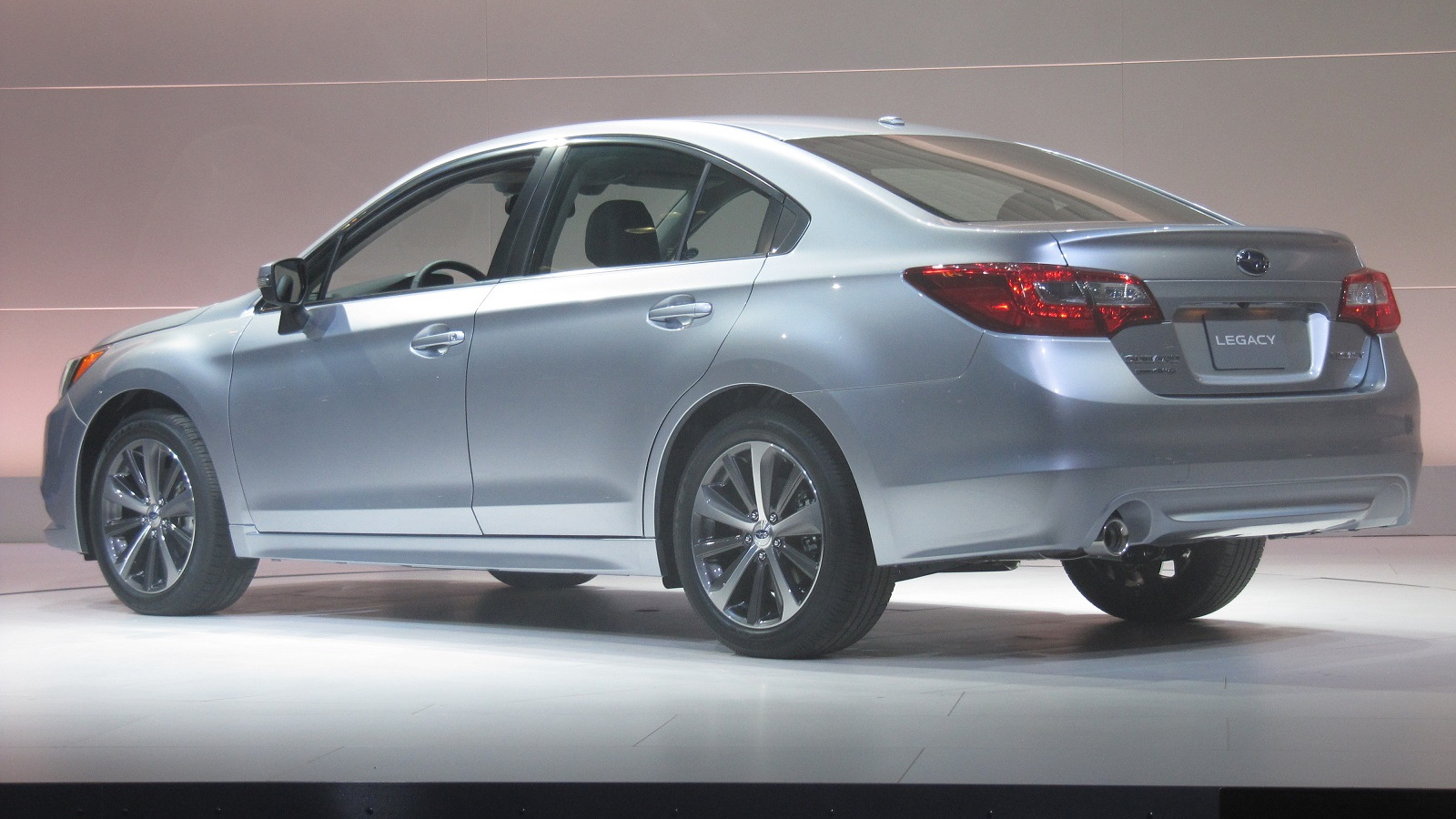 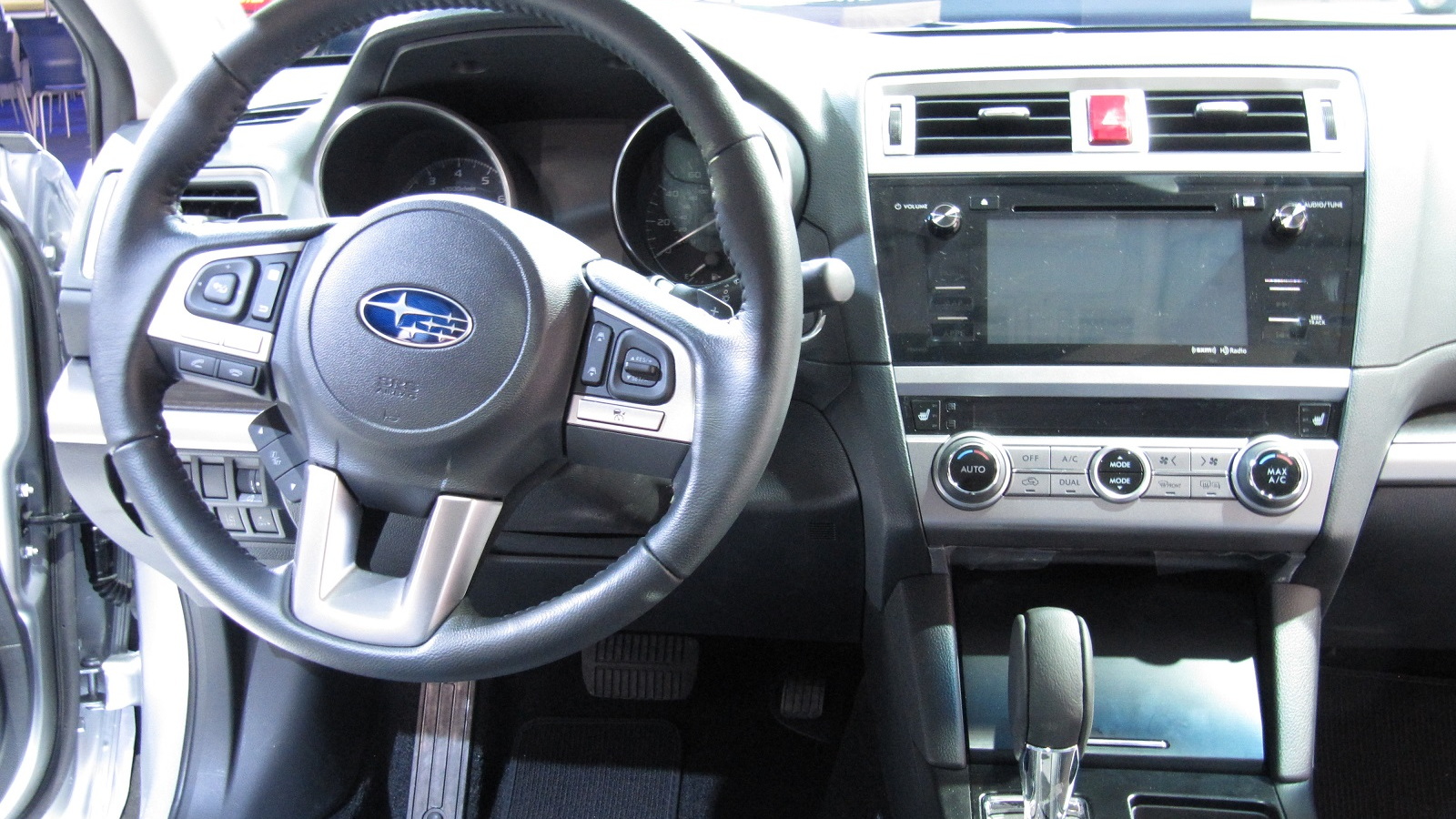 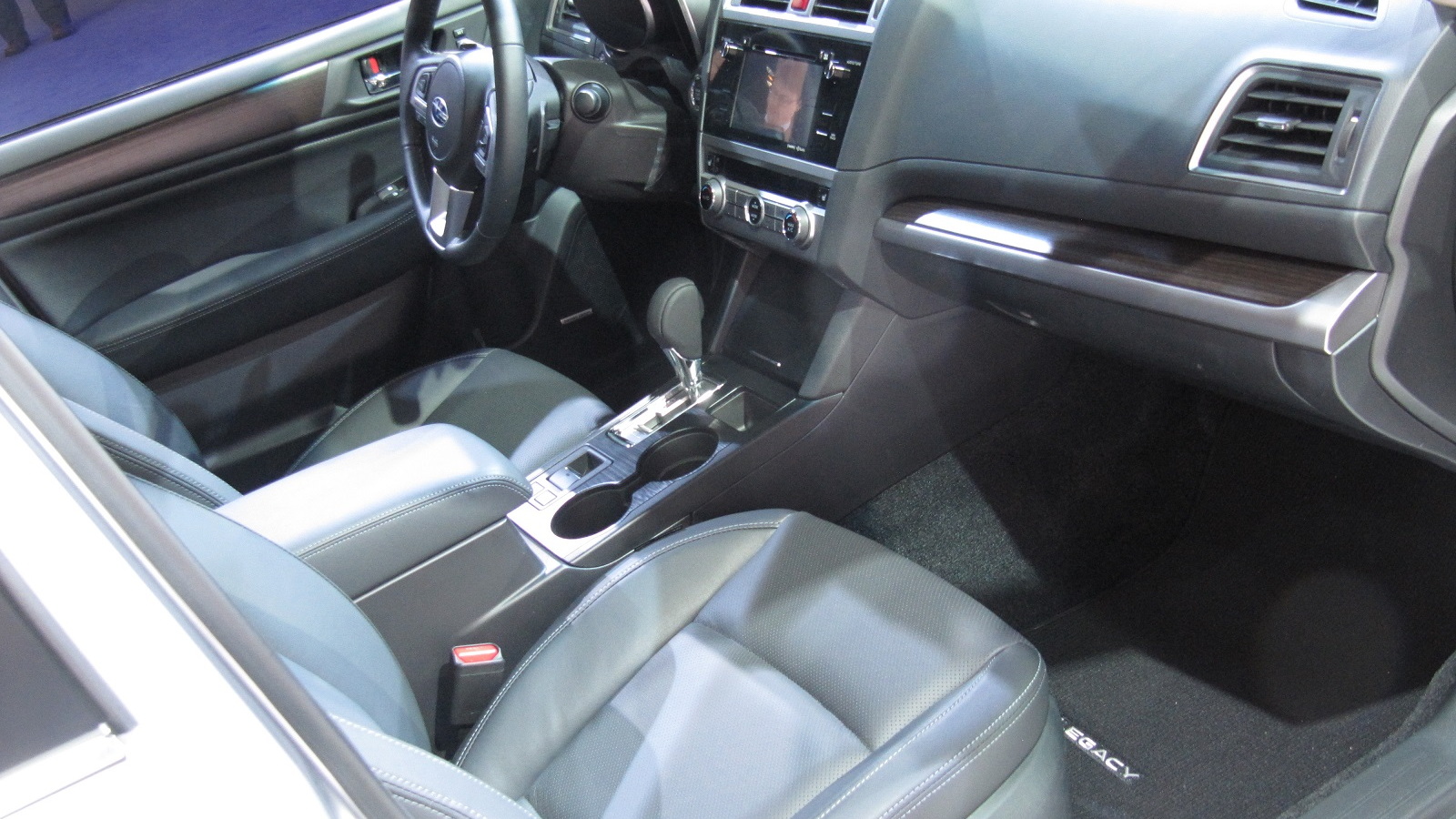 32
photos
Subaru introduced an all-new Legacy sedan at the 2014 Chicago Auto Show today, but the car was hardly a secret given the recent prototype sightings and Subaru’s own Legacy concept shown at the Los Angeles Auto Show late last year. While the production Legacy, which goes on sale this summer as a 2015 model, bears little resemblance to the striking concept, it still features a handsome design though we’re sure some will find it a tad too vanilla.

There is some cleverness in the design, however. Despite having nearly the same footprint as the outgoing model, the 2015 Legacy offers more interior space, the most of any Legacy since the nameplate’s introduction a quarter of a century ago. Interior space is now 104.6 cubic feet (up from 103 cu ft), with passengers benefiting from gains in shoulder, hip, elbow and leg room. Trunk space is also up 0.3 cu ft to a new total of 15 cu ft, and for extra-large items the rear seats have a 60/40 split function.

The 2015 Legacy is being launched with two engine options: 2.5-liter four-cylinder and 3.6-liter six-cylinder. Both are horizontally-opposed ‘boxer’ units and come paired with CVTs. The four-cylinder is good for 175 horsepower and 174 pound-feet of torque, while the six delivers 256 hp and 247 lb-ft of torque--hardly exciting numbers but adequate for the segment.

The four-cylinder is obviously the most fuel-efficient, returning 26/36 mpg city/highway and 30 mpg combined, according to Subaru. The curb weight measures in at 3,455 lbs, which isn’t bad for an all-wheel-drive sedan. Engineers saved weight by revising parts of the engines and adding an aluminum hood.

All 2015 Legacy models come with a newly refined version of the Active Torque Split version of Subaru’s Symmetrical all-wheel-drive system. Taking input from acceleration, steering angle and yaw rate sensors, an electronically managed continuously variable transfer clutch can send additional torque to the rear wheels to enhance handling, such as during high-speed corners.

The interior of the 2015 Legacy won’t set any hearts on fire but there is plenty of tech here. A small display screen is positioned in the instrument gauge while a second, touchscreen display is located in the center stack. The latter controls Subaru’s StarLink connectivity system which includes Aha and Pandora smartphone integration, a rear vision camera and Bluetooth and iPod connectivity. An upgraded infotainment system adds a bigger touchscreen display along with SiriusXM satellite radio, SMS text messaging, iTunes tagging and dual USB ports.

As mentioned, sales of the 2015 Legacy commence this summer. Subaru hasn’t revealed a new Outback yet, but we suspect this model will bow in at the 2014 New York Auto Show in April. Overseas, buyers will be able to opt for a conventional wagon variant known as the Legacy Touring.

For more from the 2014 Chicago Auto Show, head to our dedicated hub.