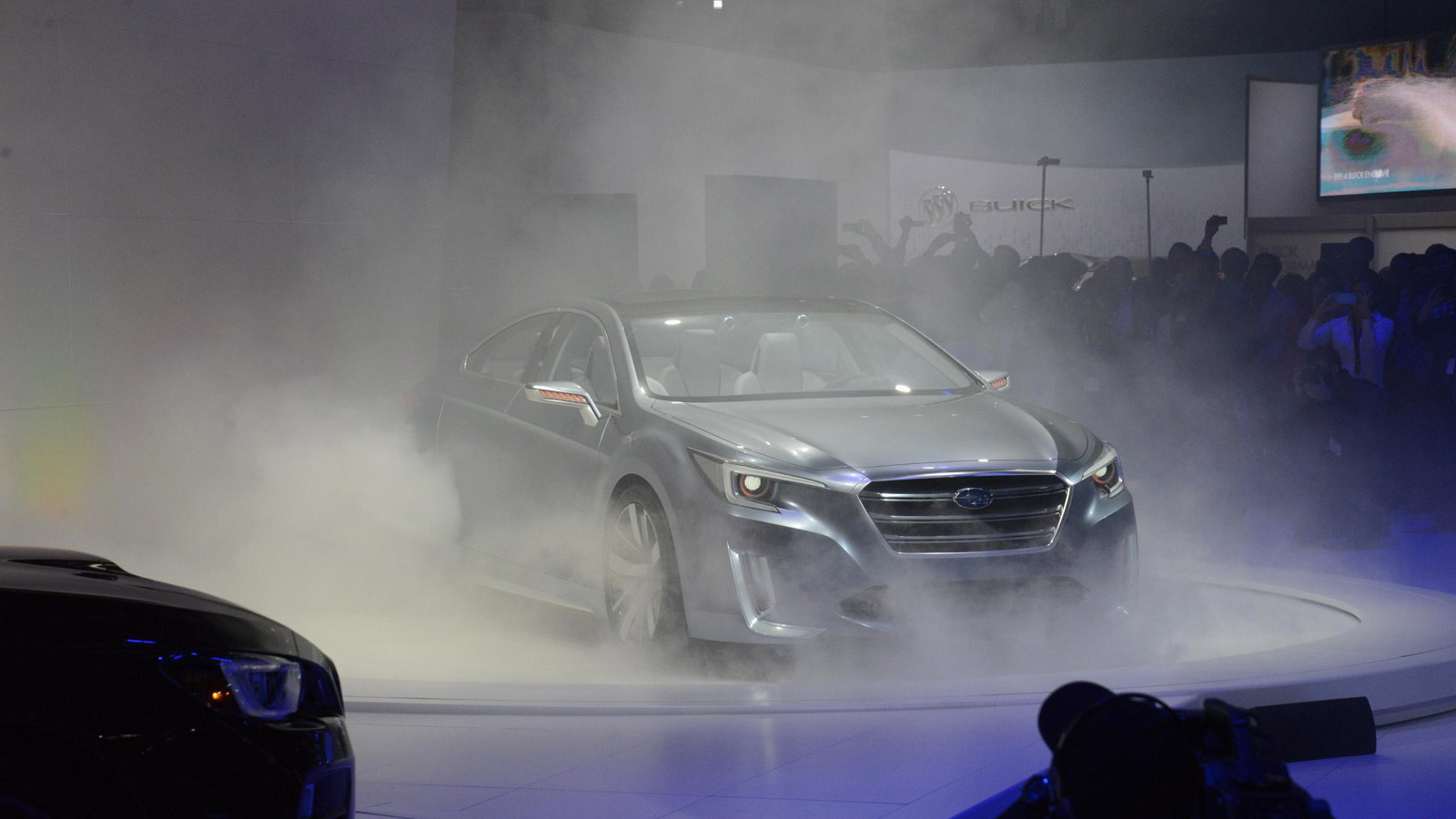 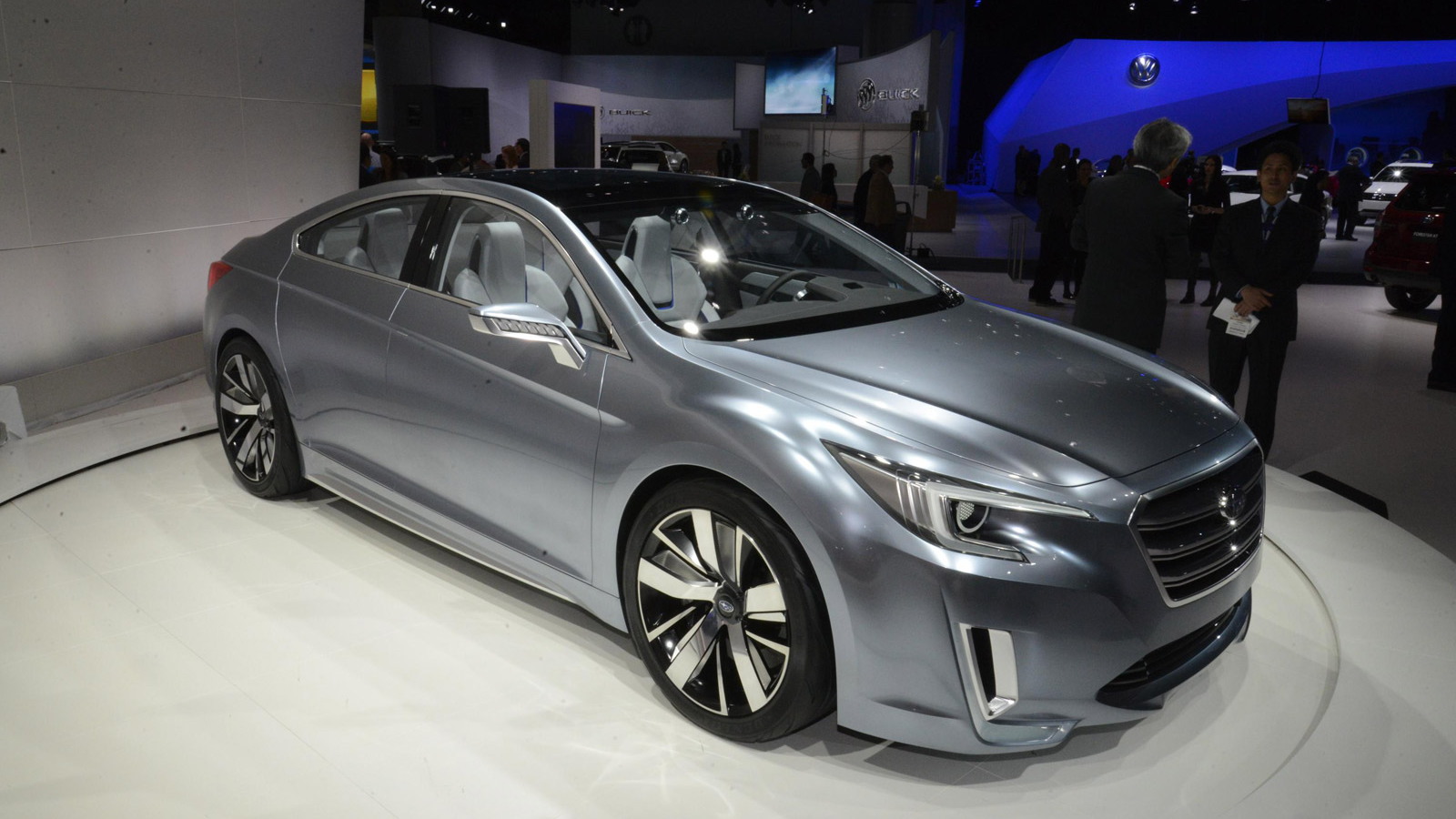 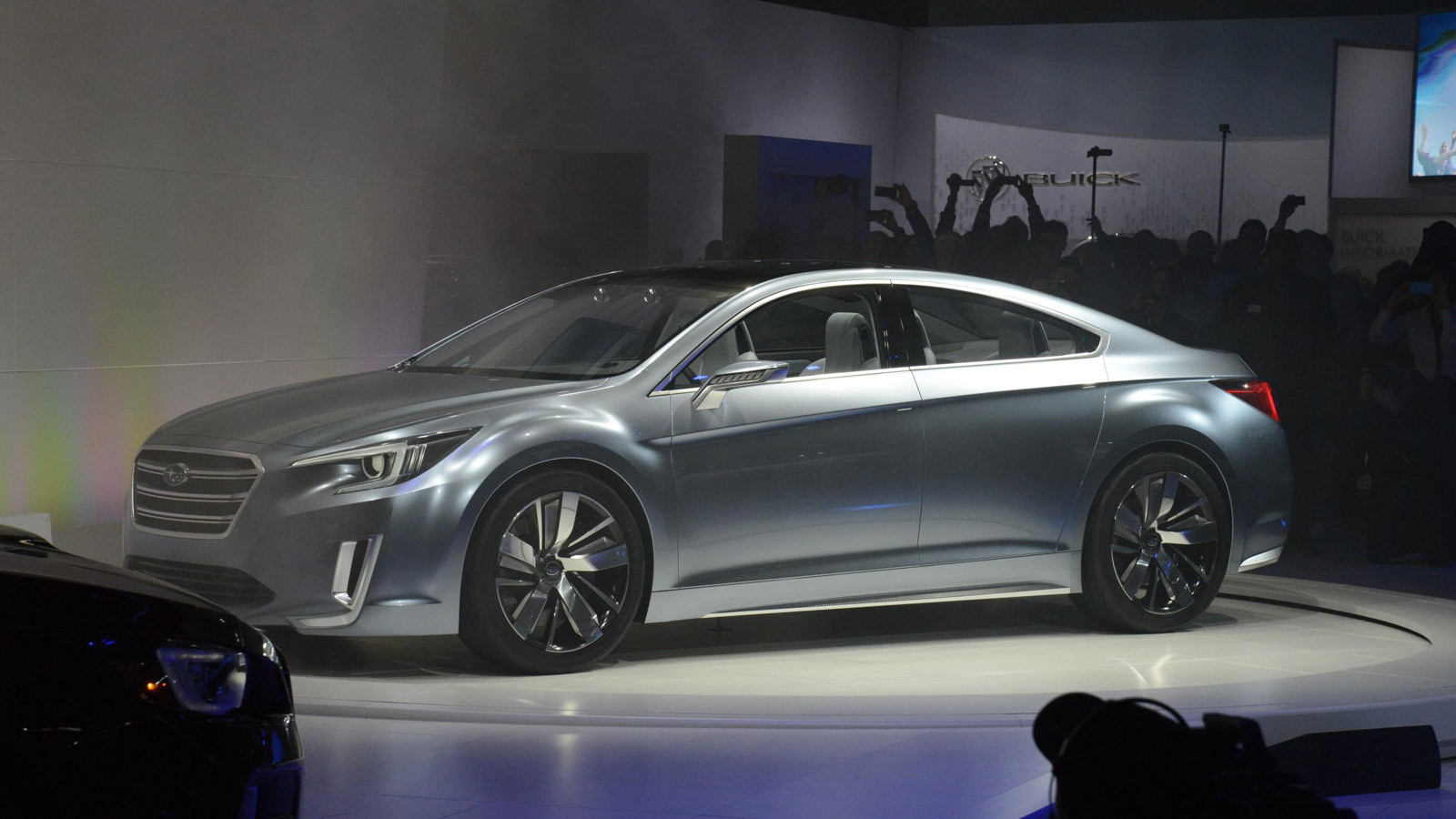 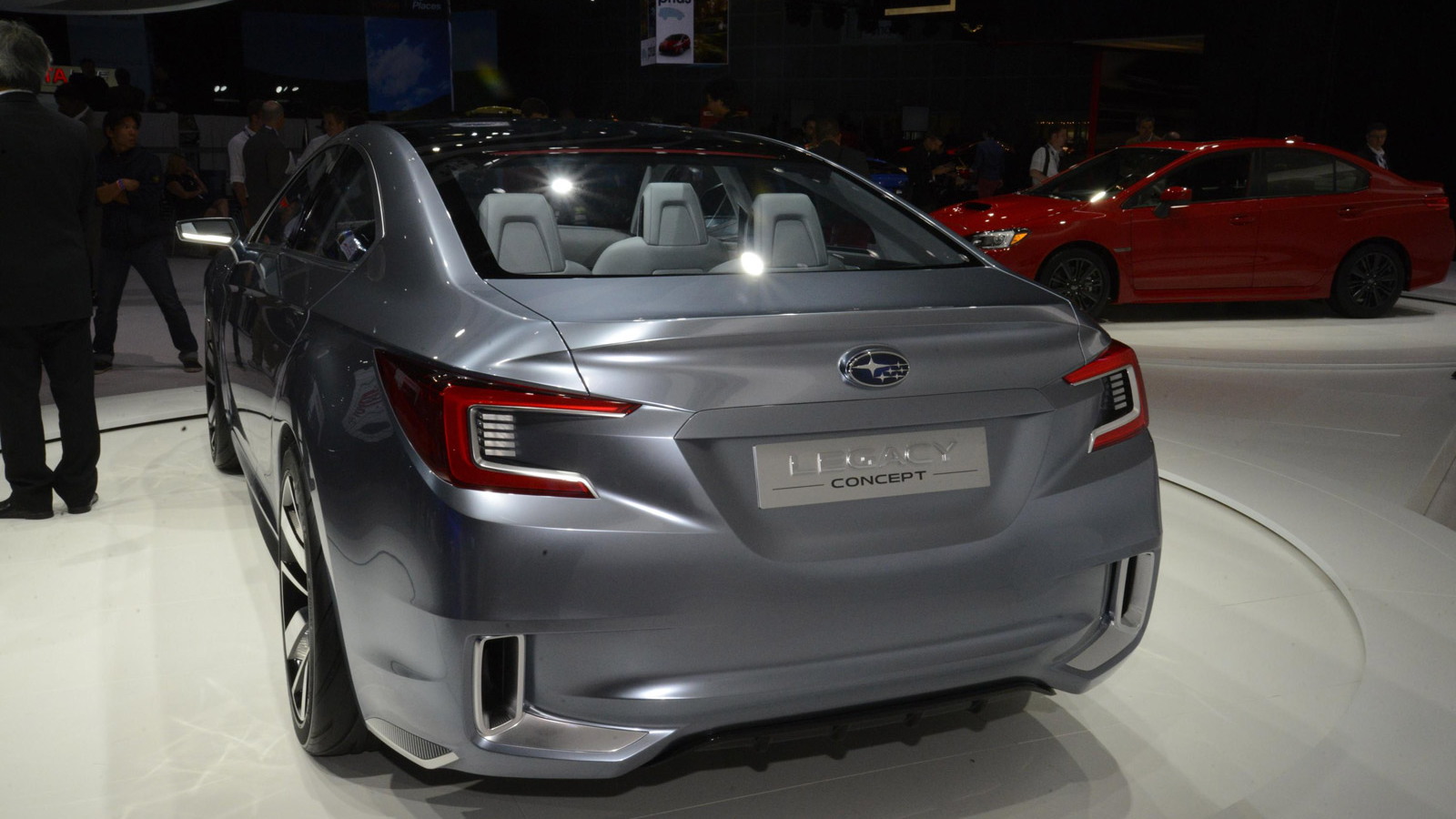 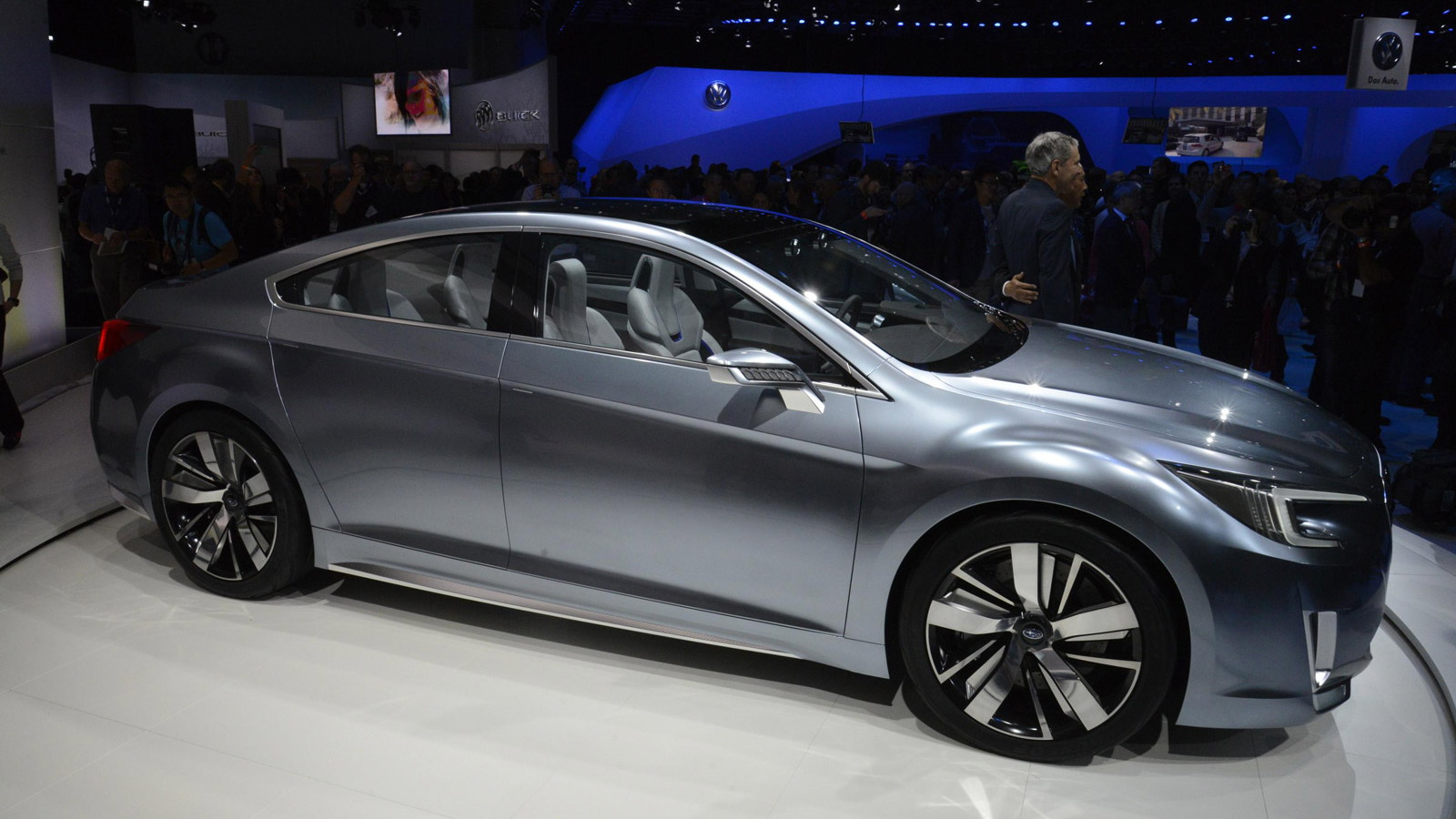 24
photos
After scoring solid hits with the BRZ, Impreza, and XV Crosstrek, helping to bank some of its best sales ever over the past year, Subaru is moving to update some of its other sedans at the 2013 Los Angeles Auto Show. We already saw the 2015 WRX live in the metal; now we get a preview of the 2015 Subaru Legacy through this new concept.

The concept hints at the design of the coming Legacy (and Outback), but the production car will certainly knock off some of the sharp edges and alter some of the proportions, as our own spy shots confirm. Nevertheless, the sleek four-door-coupe profile and clean, straightforward lines are promising for the future of the Legacy.

A strong, defining character line runs down the side of the car, accenting the low, muscular stance over flared fenders. Head-on, the Legacy Concept puts a strong, hexagonal three-bar grille front and center, flanked by a suggestion of angular headlights with inset halos. The lower front fascia handles more air-intake duty with vertical ducted slits at either side, further suggesting a performance angle.

The rear of the Legacy Concept shows the strongest high-performance influence, with wide-set, angular tail lights wrapping carved-in sconces around the trunk. Another inset section just below the bumper line holds the exhaust outlets (or possibly extractors) above a prominent diffuser.On the whole, the Legacy Concept’s design language speaks more clearly to us than anything recently shown in production form from the brand, though after seeing the language of the WRX Concept at the New York Auto Show and its final translation into the new production WRX, we expect to see reality intercede in the themes expressed here.