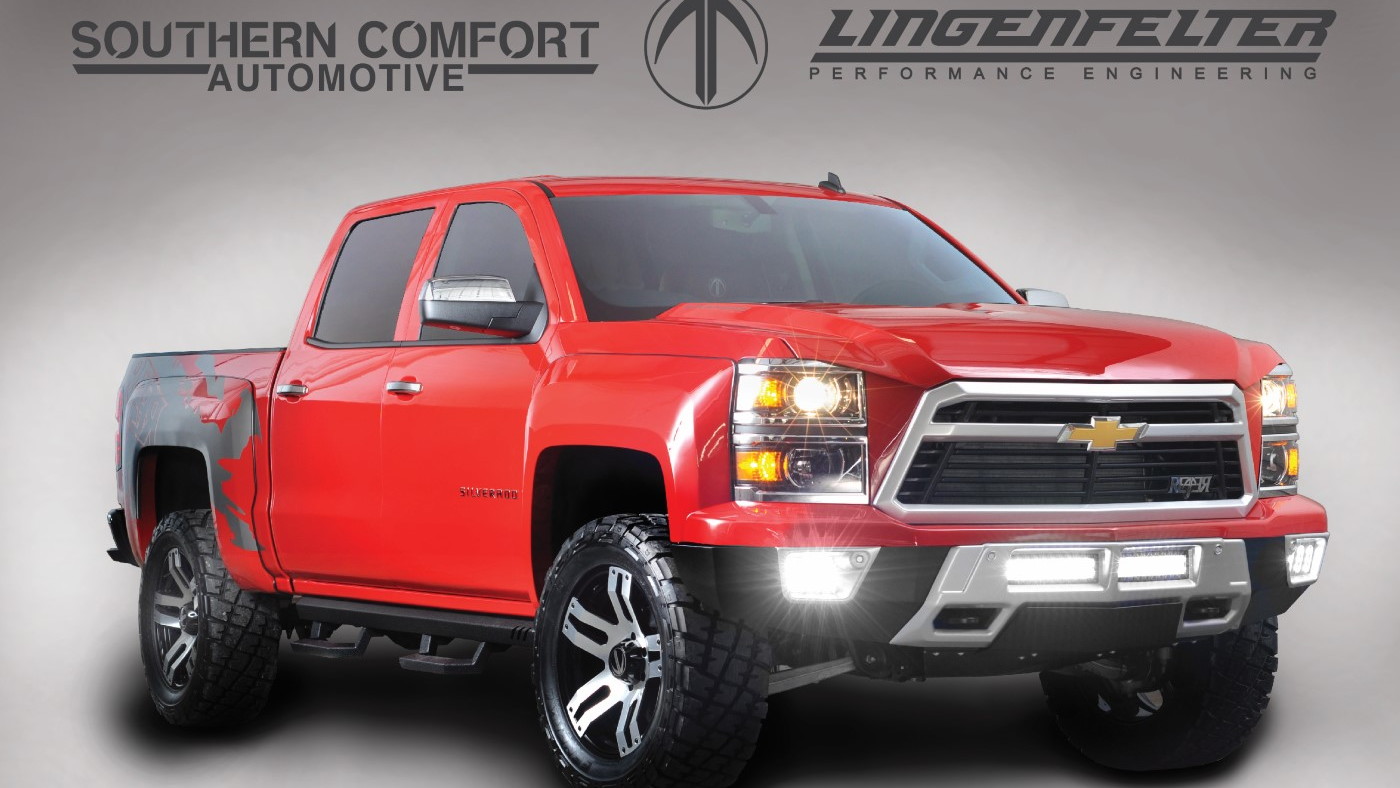 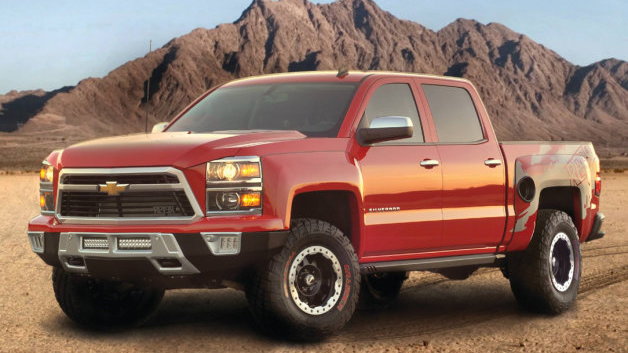 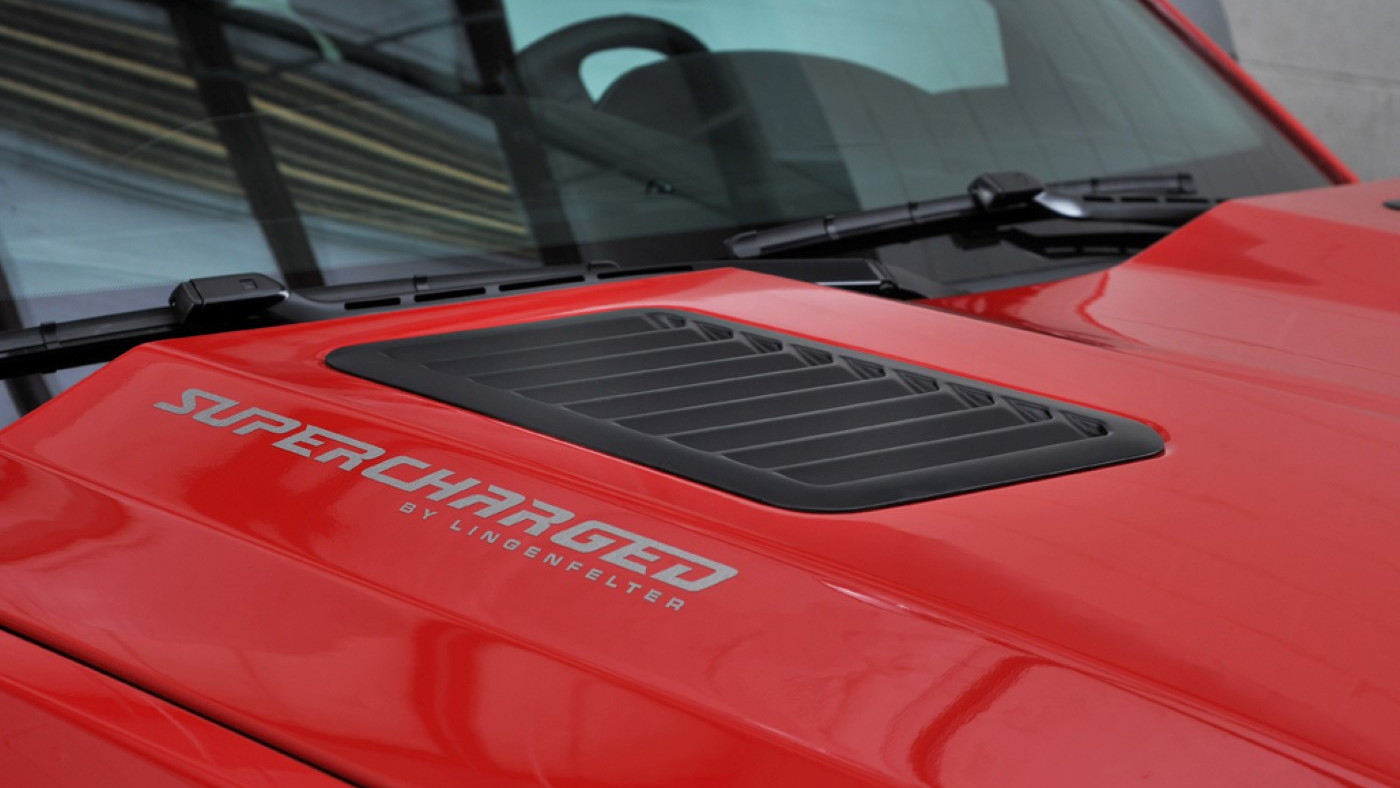 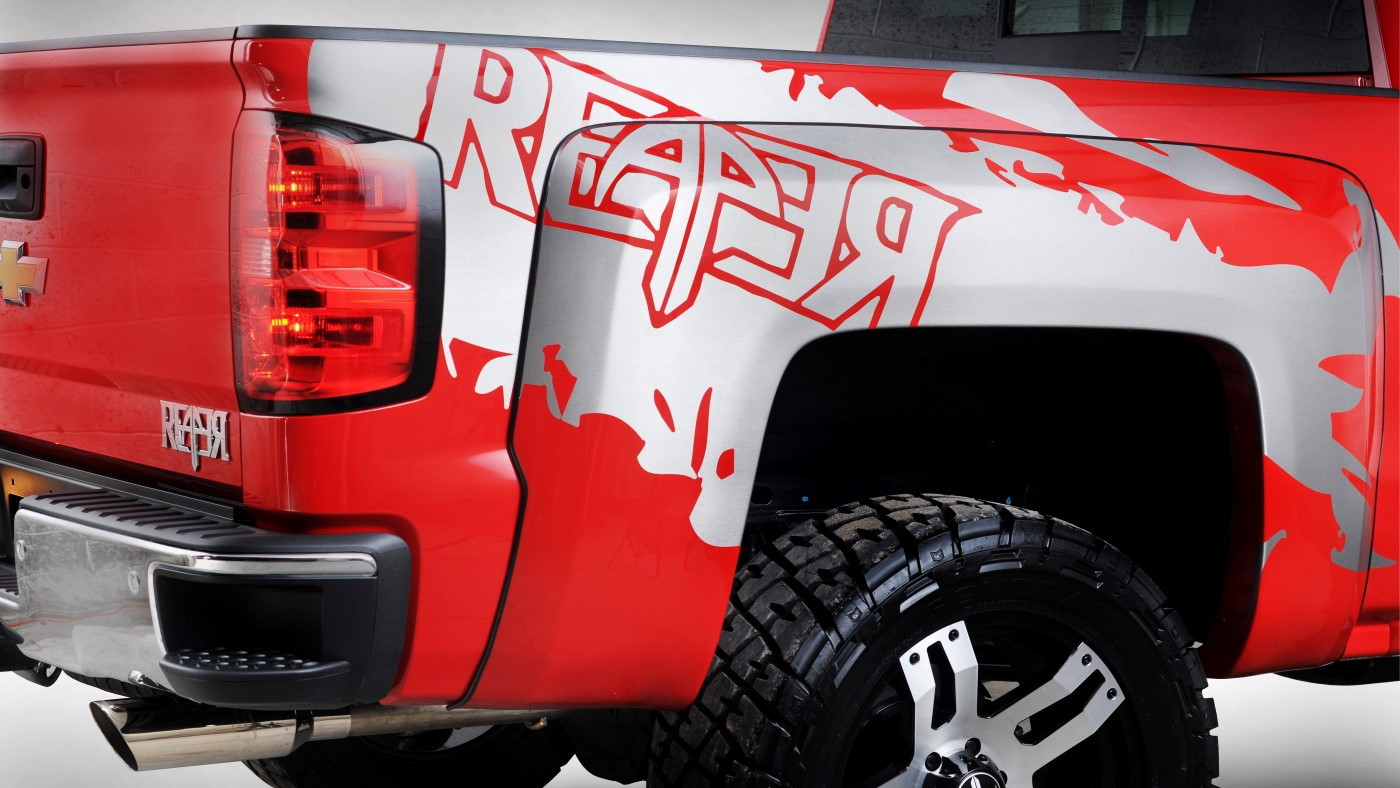 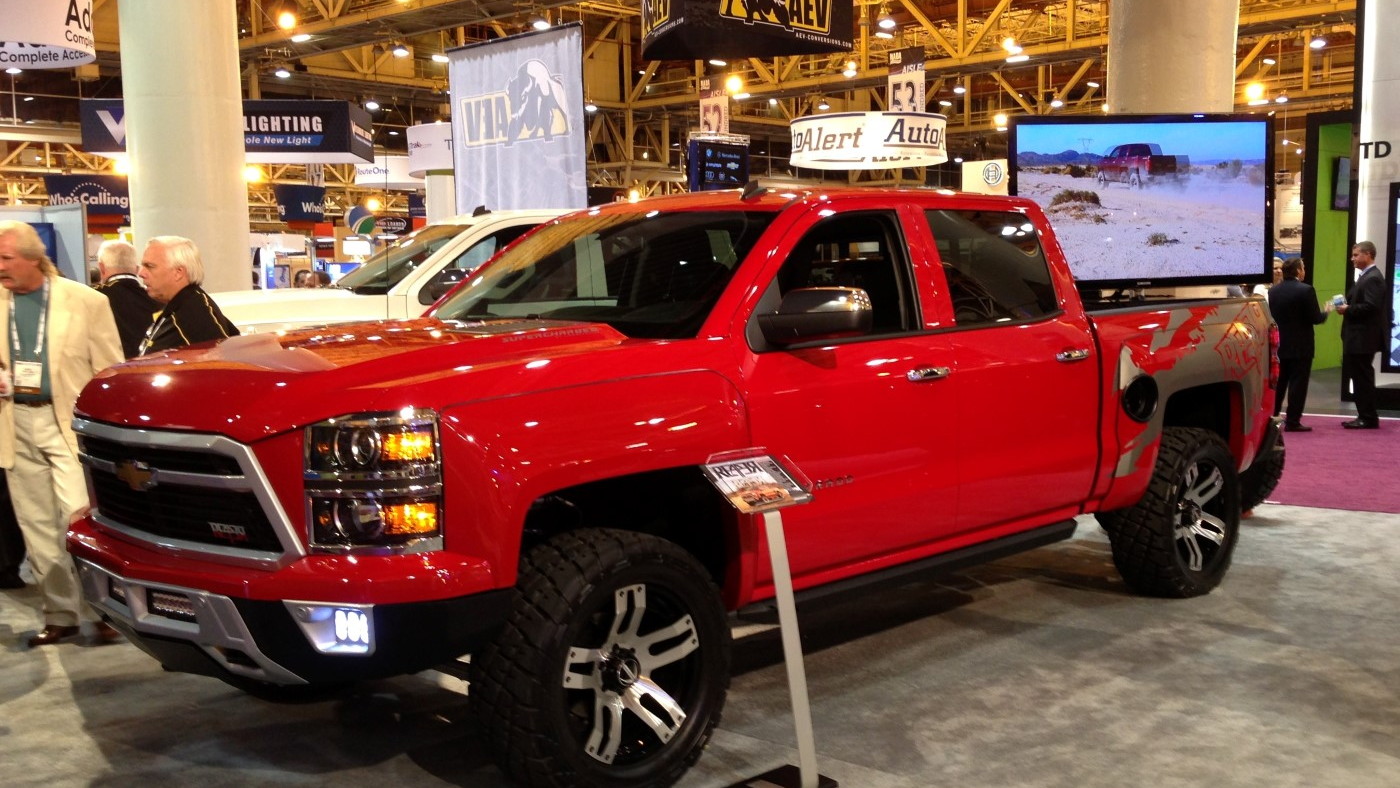 It's the styling tweaks you'll notice first, the Silverado's usual upright chrome grille replaced by a shark-like nose whose edges shade the headlights in a menacing-looking scowl. In addition to the new front clip there's a skid plate-equipped front bumper with greater ground clearance, rock guard side steps, flood lights and LED daytime running lights. The truck's chassis has been beefed up with Fox Racing suspension and a set of dedicated 20-inch wheels with 33-inch off-road tires. For the truly hardcore, a set of 17" wheels with beadlocked tires is optional.

Under the hood, the Silverado's standard 5.3 and 6.2-liter V-8 engines can be optionally upgraded with a Magnuson TSV1900 Supercharger, and a standard Corsa Performance exhaust adds to the music. Inside, the Reaper gets specially-stitched headrest covers, an auxiliary switch panel, and a special Reaper gauge package. If you're feeling particularly flash, the exterior can be further upgraded with the dramatic graphics you see in the images.

The upgrades might not have the factory allure of Ford's F-150 Raptor, but the Reaper still carries Lingenfelter's three-year/ 36,000 mile warranty in addition to Southern Comfort Automotive's three-year/ 36,000 mile warranty on all styling parts, for added peace of mind. The Reaper is set to go head-to-head not only with the SVT Raptor, but also Toyota's TRD Pro Series trucks--a line of tuned Tundra, Tacoma and 4Runner models fettled by Toyota's official tuning arm. Let the off-road battles commence...

For more from the 2014 Chicago Auto Show, click here.