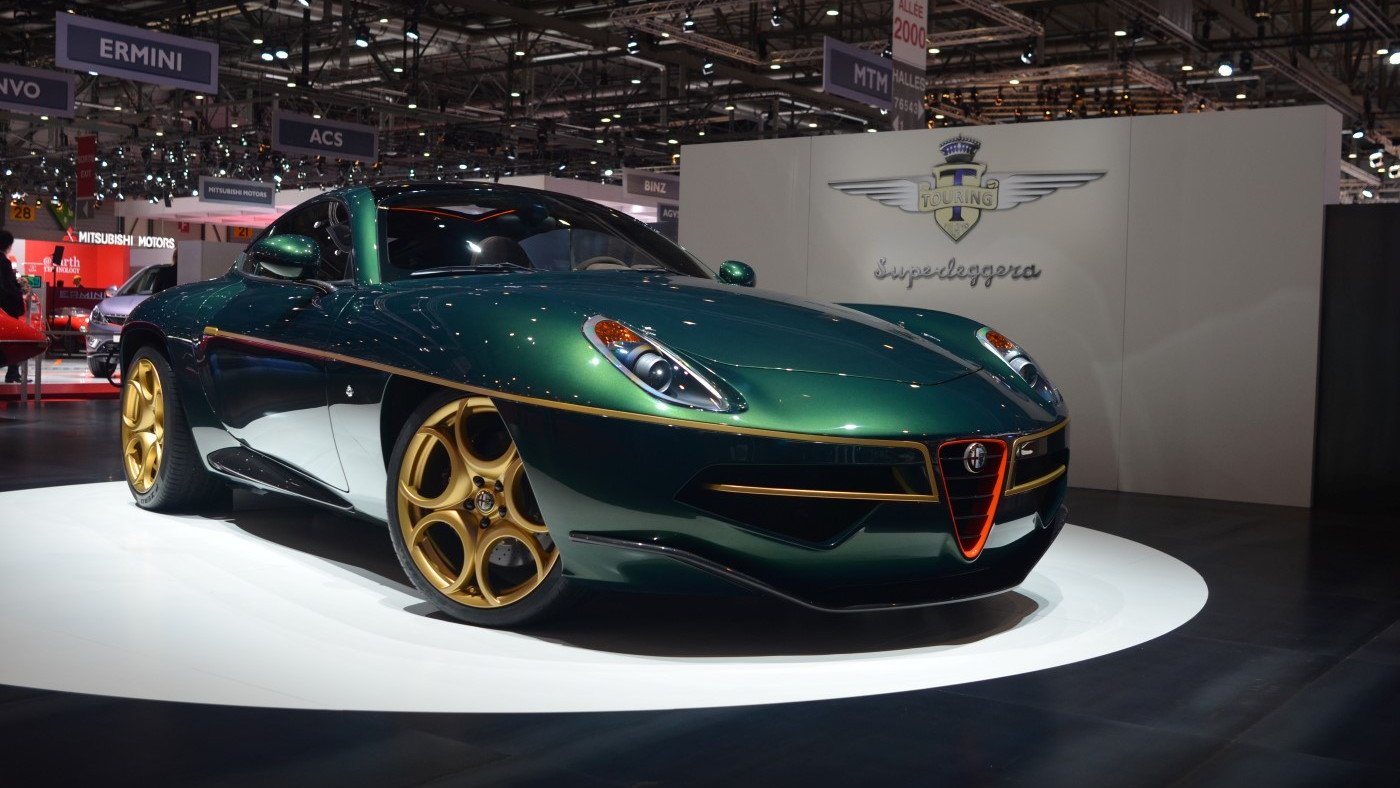 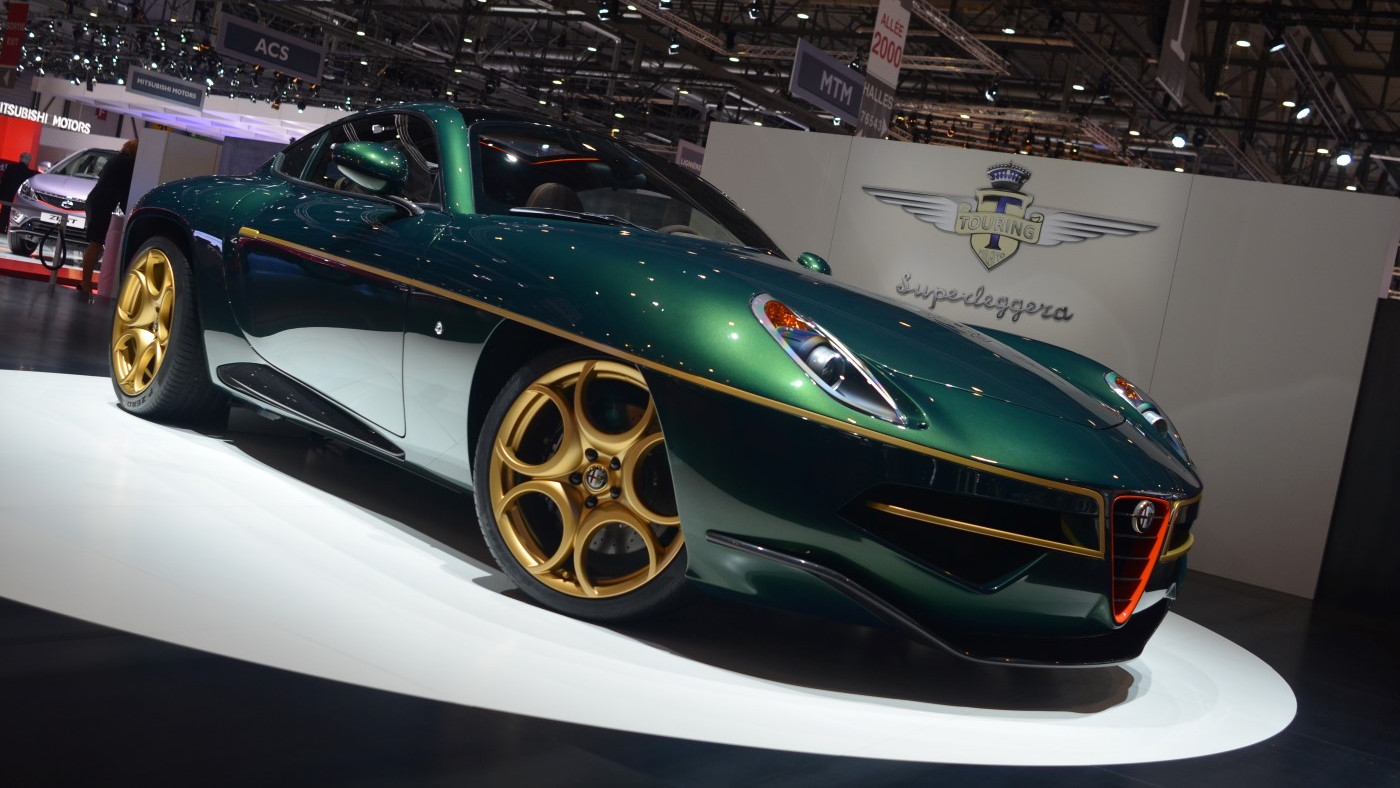 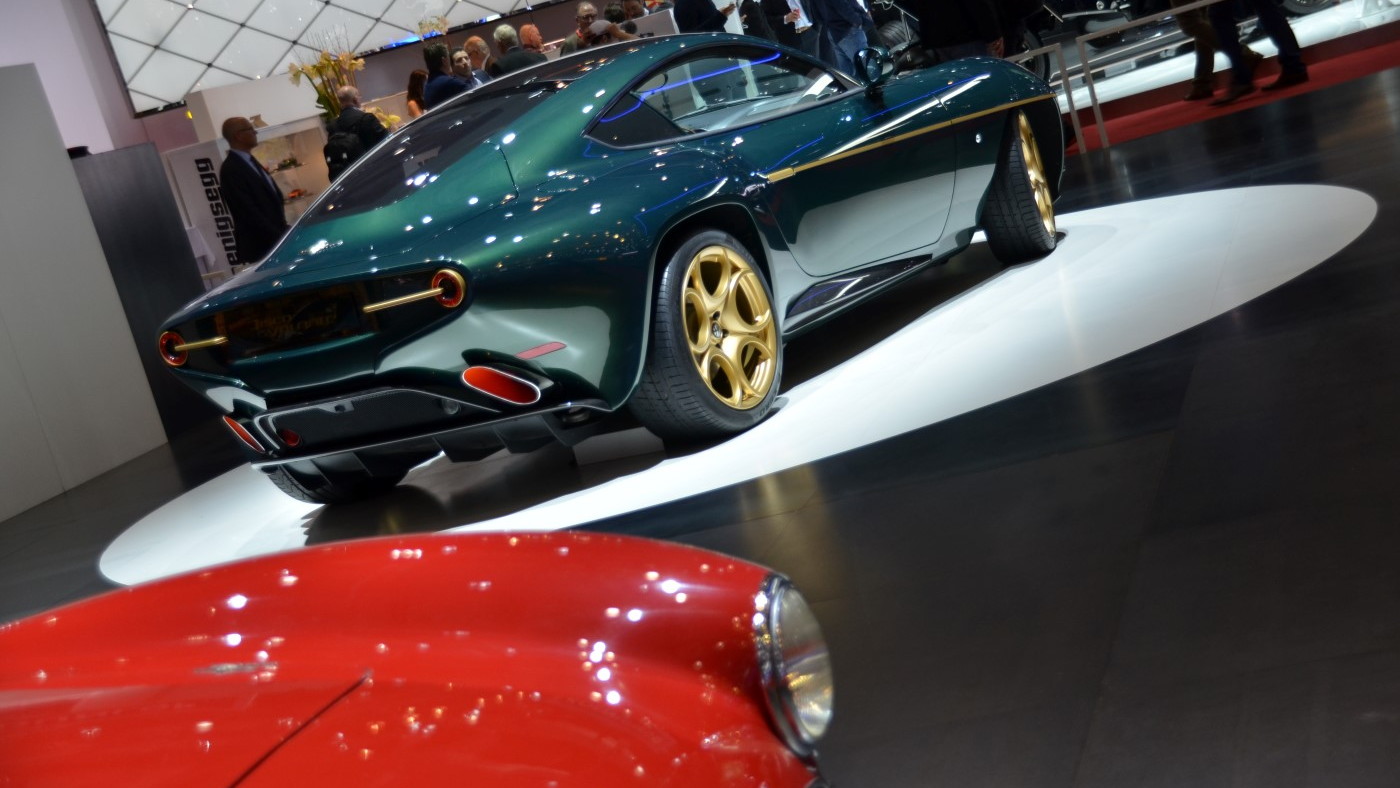 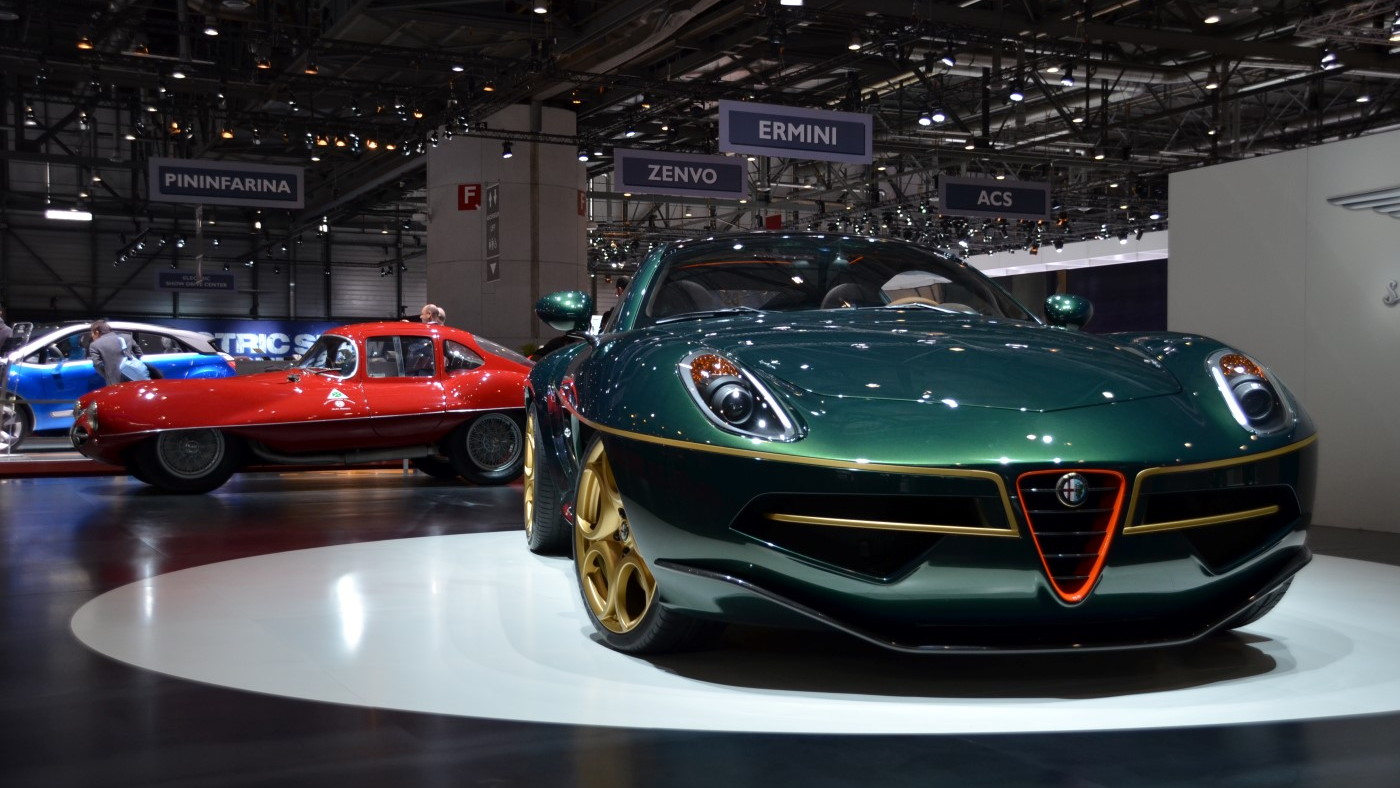 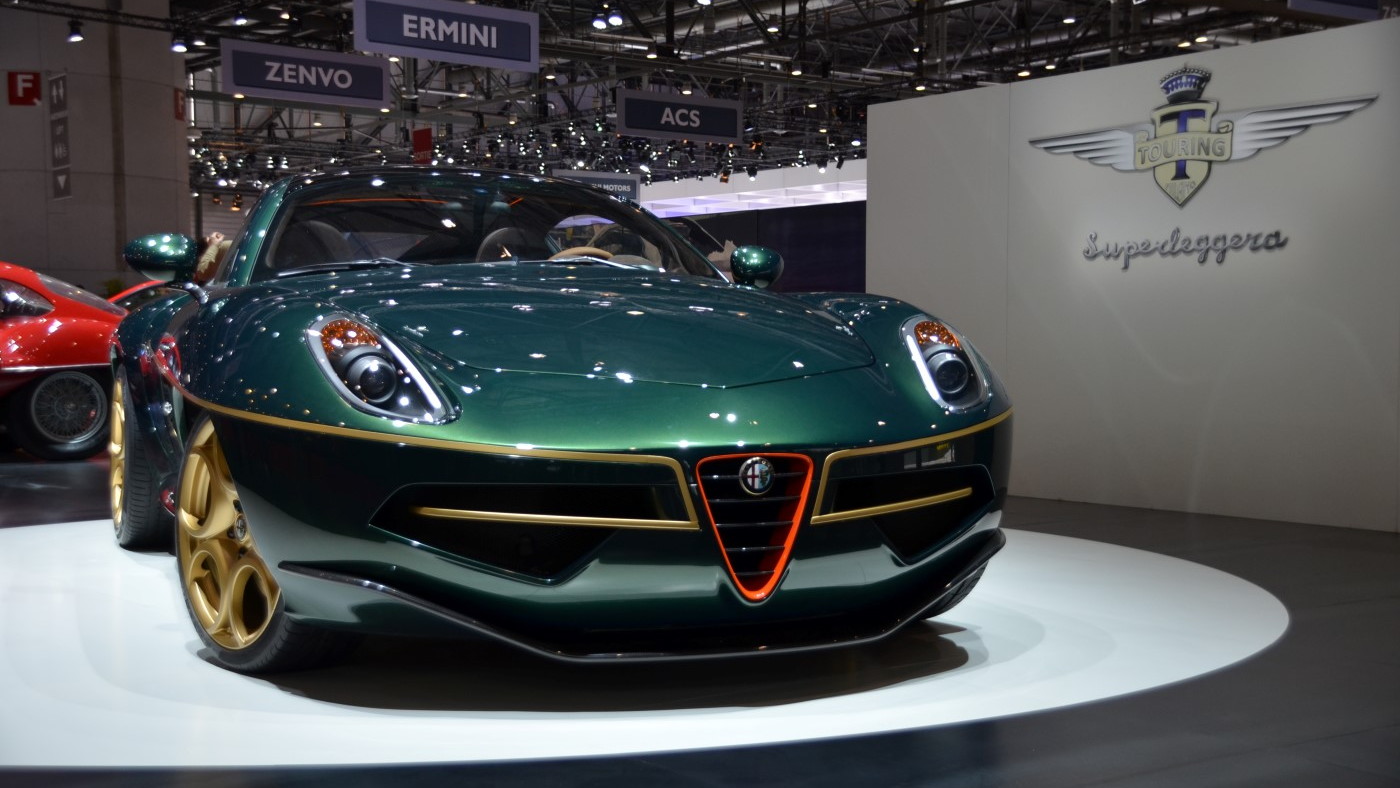 13
photos
It first arrived on the scene in concept form back in 2012. Milanese coachbuilder Carrozzeria Touring Superleggera then produced a production version for last year's Geneva Motor Show. We're talking, of course, about the Disco Volante, which takes an elegant, shapely machine and transforms it even more.

You see, the Disco Volante starts life as an Alfa Romeo 8C Competizione. It's then stripped down, and is rebuilt as something even more special. The total production run will consist of just 500 cars, and each example will be tailored to the demands of its specific buyer.

The car we saw last year was done in a fairly simple red exterior color. Now though, at the 2014 Geneva Motor Show, Touring Superleggera has brought out a version that's a bit wilder. On the outside, the car wears a gorgeous green color that's treated with gold accents. The wheels are also gold, but the nose retains a bit of that lovely red color. Inside, the Disco Volante features a cabin space dripping with browns, golds, and blacks. It's an exciting look for a vehicle that also happens to be a joy on the road.

Power is provided by the same 443-horsepower 4.7-liter V-8 found under the hood of the 8C. In this application, it's said that the Disco Volante is capable of running from 0-62 mph in just 4.2 seconds, and will keep on trucking towards its 181 mph top speed.

It's since made its debut in Geneva. For more coverage from the Swiss show, head to our dedicated hub.

As an added bonus, below is a video showing Touring Superleggera’s artisans converting an 8C into the Disco Volante.