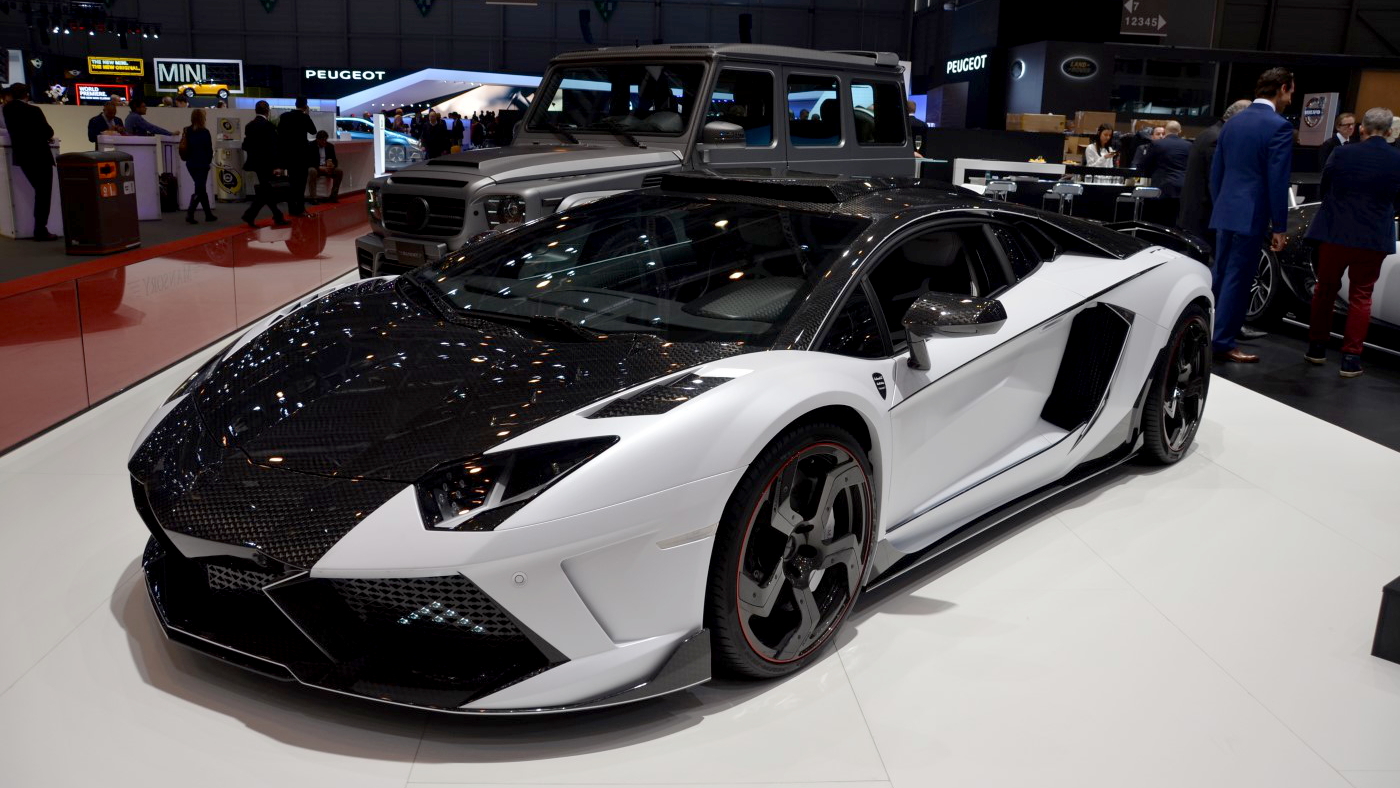 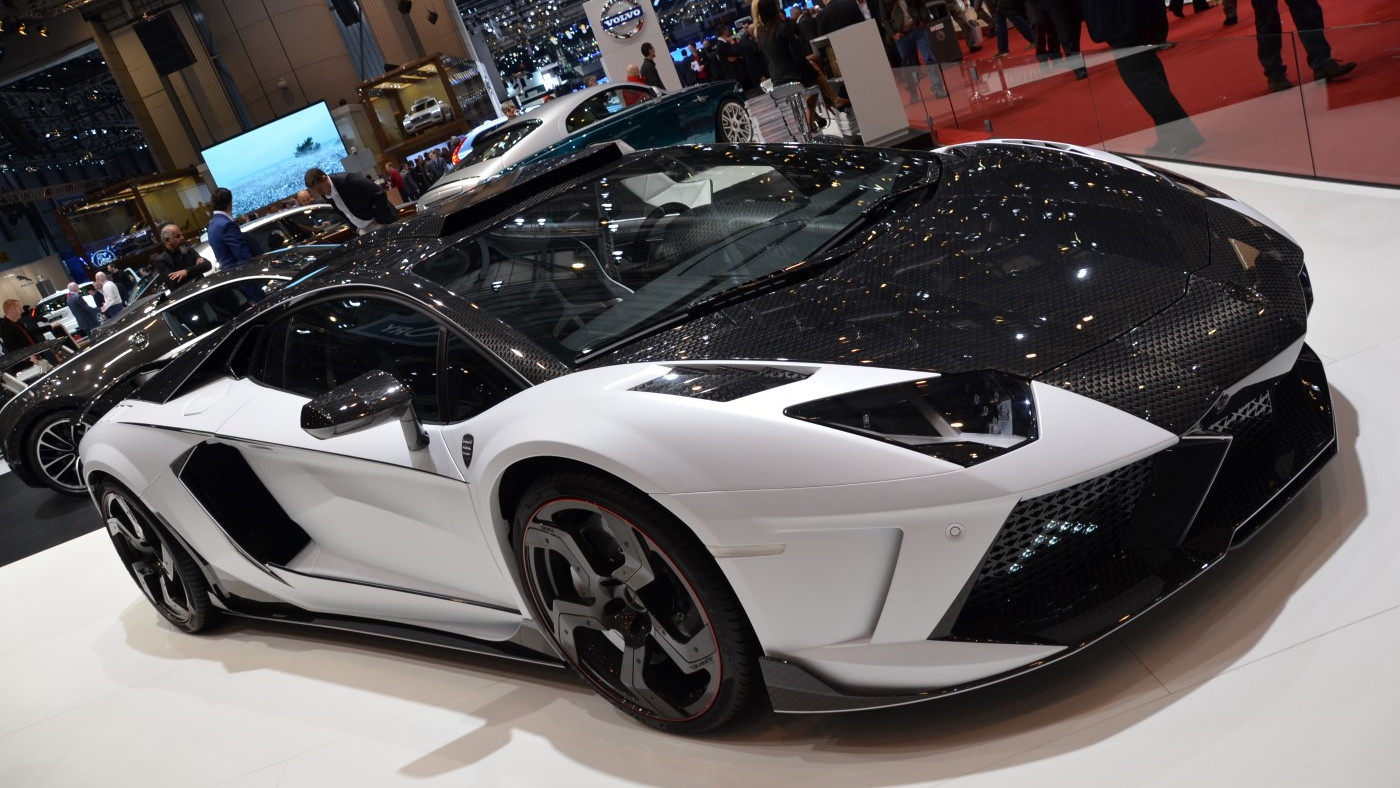 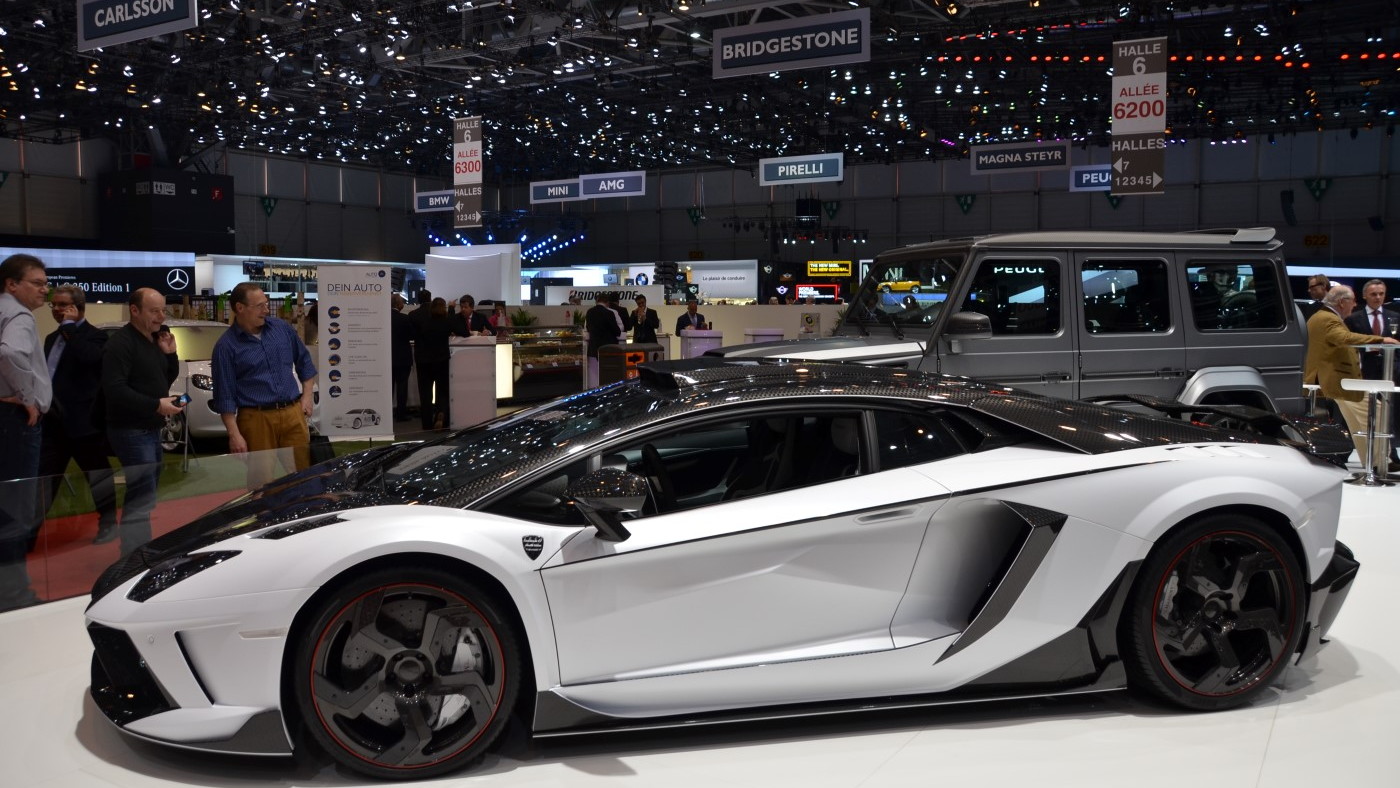 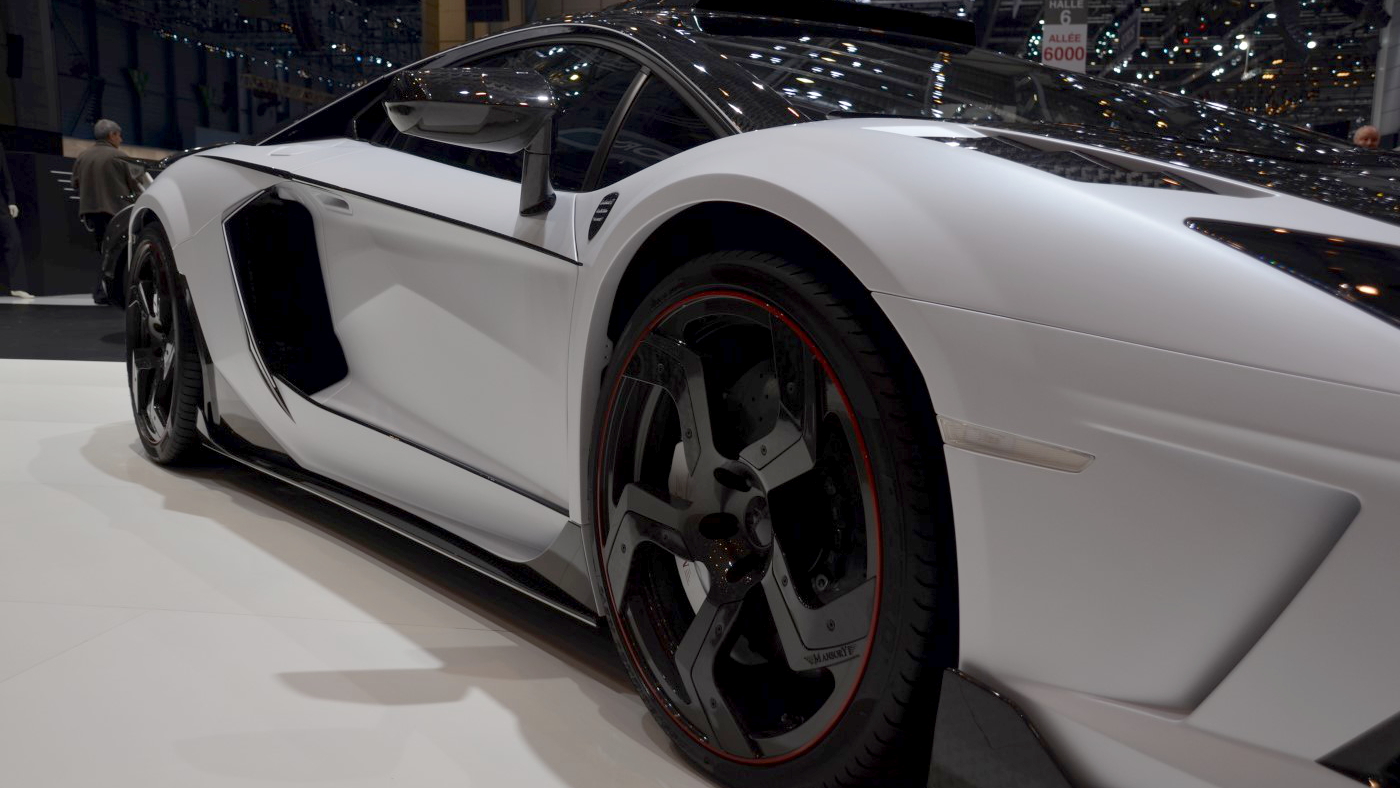 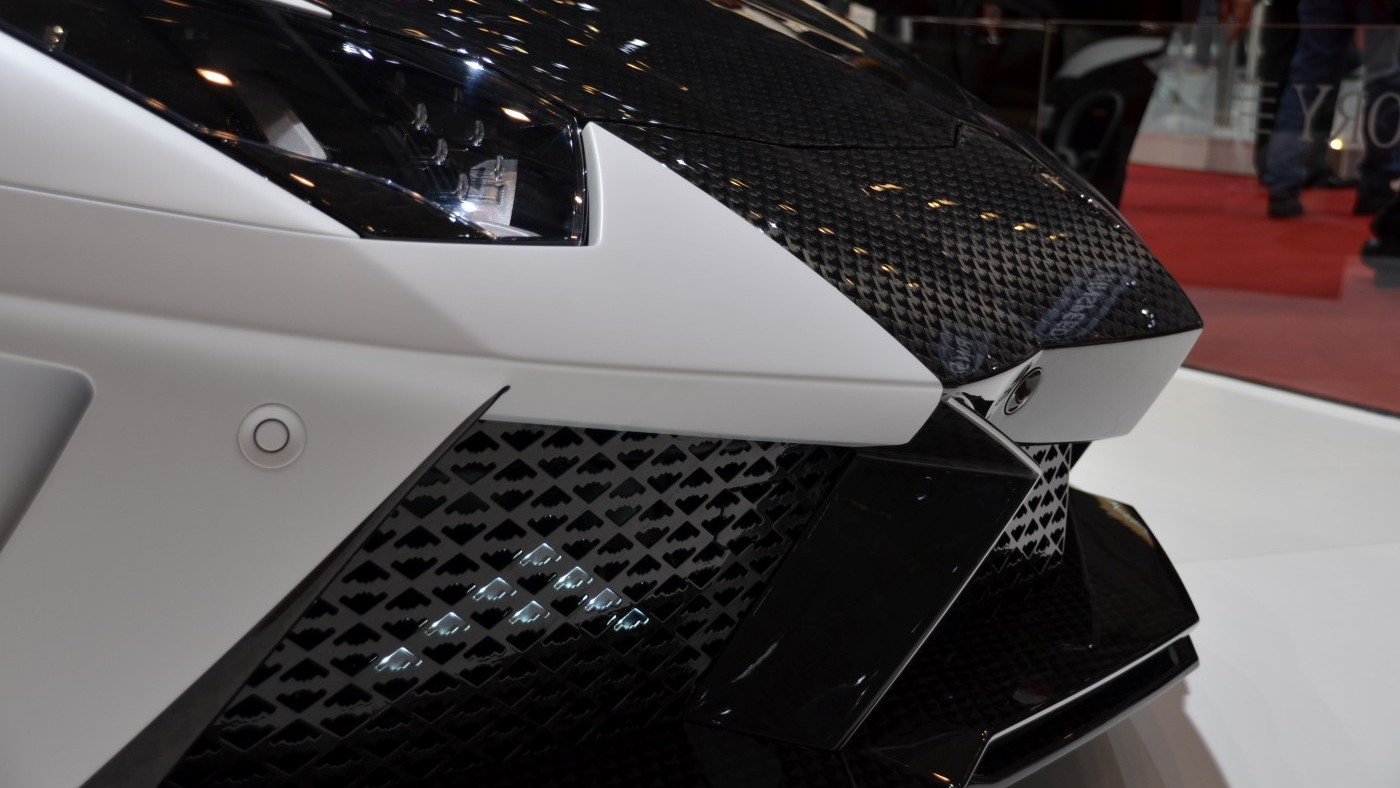 39
photos
Whatever has changed behind the scenes at high-profile tuning firm Mansory, we like it. Once known for horrendous eye-gouging re-works of the world's supercars, Mansory's 2014 Geneva Motor Show stand was surprisingly tasteful, and chock-full of carbon fiber clad works of art.

It may not have taken center stage on Mansory's display, but star of the stand has to be the Carbonado GT. Based on the Lamborghini Aventador LP 700-4, Mansory's fettling has extracted a staggering 1,600 horsepower from the car's mid-mounted 6.5-liter V-12, more than double the stock 691-horse output. A pair of enormous turbochargers have helped in this respect, as have thoroughly-reworked internals. There are new pistons, connecting rods, bearings, a new crankshaft and all-new cylinder heads. Aside from the block, there's seemingly little left of the Aventador's original engine. The exhaust system is also all-new, from the manifold to the tips of the tailpipes.

MUST SEE: 1,340-Horsepower Koenigsegg One:1 Supercar Live From Geneva

In fact, general shape aside it's hard to see what remains of the original car. The exterior styling is as dramatic as the engine, only enhancing the Aventador's already-crazy attributes. There's a hint of Lamborghini's own Sesto Elemento to the changes, not least in the use of clear-coated carbon fiber from tip to tail. It's no standard carbon weave, though--the Carbonado GT features a unique pattern found throughout the car: the stealth fighter. The clue is in the name, since this particular car is the Carbonado GT Stealth Edition, and the shape of Lockheed's famous Nighthawk can be found in the carbon weave, the front grille--also picked out in LED daytime running lights--and etched into various interior surfaces.

It's almost enough to make Mansory's Veyron-based Vivere a disappointment. It isn't (it is a Veyron, after all) but the square carbon weave isn't quite as interesting as the Carbonado Stealth Edition's treatment. You still find it everywhere though--the only exterior panels not displaying the lightweight material are the doors, the front fenders and the front bumper. Those are picked out in matte white, as are the grille, roofline, sills and a "designed by Mansory" logo. At the back, there's a unique diffuser design, but the Veyron's engine remains untouched. The Vivere's innards are swathed in white leather and more of that checkered carbon pattern.

Rolls-Royce's Geneva stand was only ten seconds walk from that of Mansory, but arguably the latter had the most striking Spirit of Ecstasy on its stand. With 740 horsepower on tap, Mansory's Wraith is 108 horses up on standard, and it sends that power through a set of 22-inch forged alloy wheels on Vredestein tires. It'll now reach 62 mph in 4.4 seconds--0.2 quicker than before--and head on to 186 mph. A new body kit with integrated LED running lights and distinctive lower grilles completes the styling changes, though closer inspection reveals more of that signature carbon fiber--new front wings, side skirts, a rear spoiler and roof spoiler are all made from the stuff.