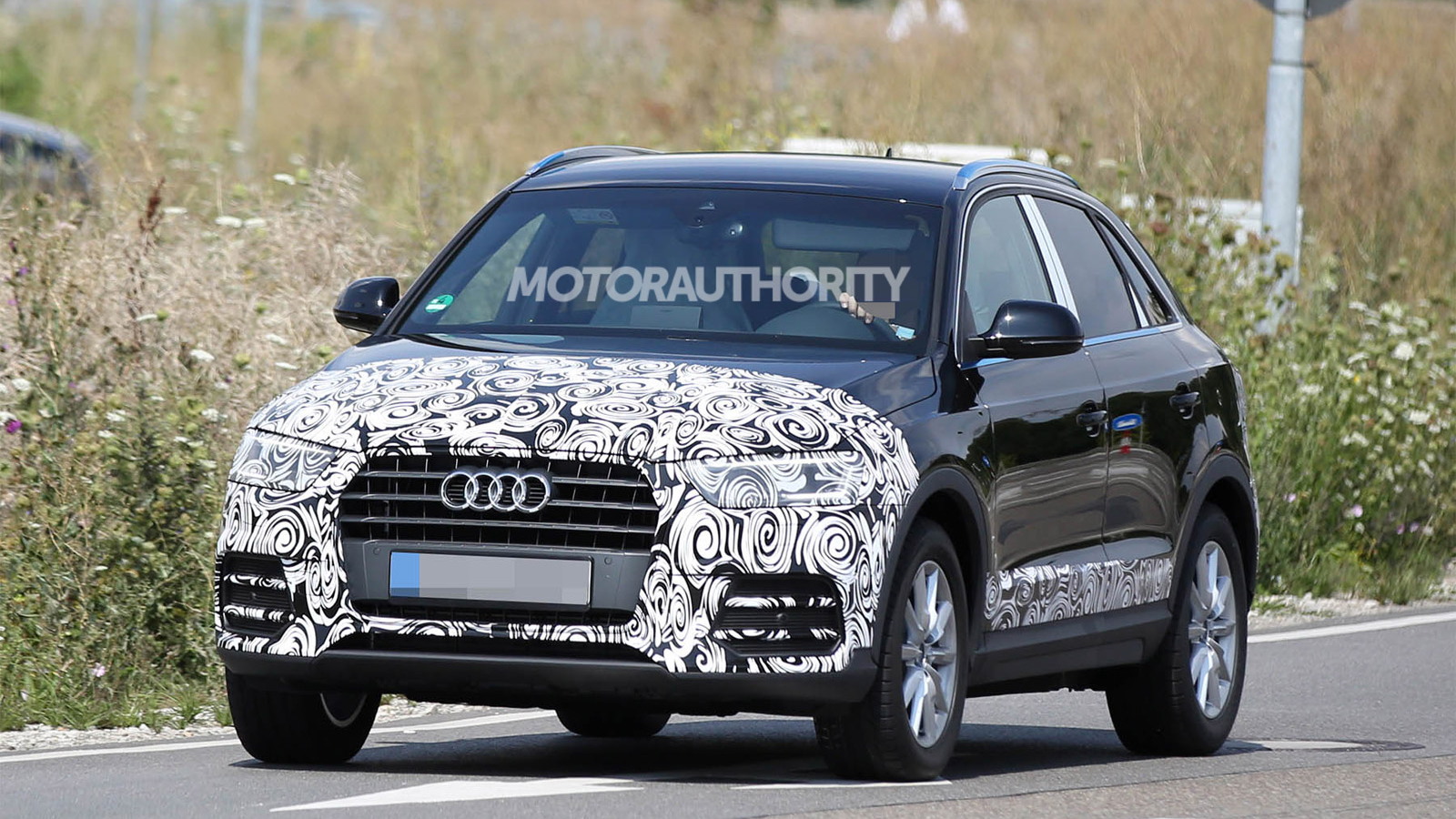 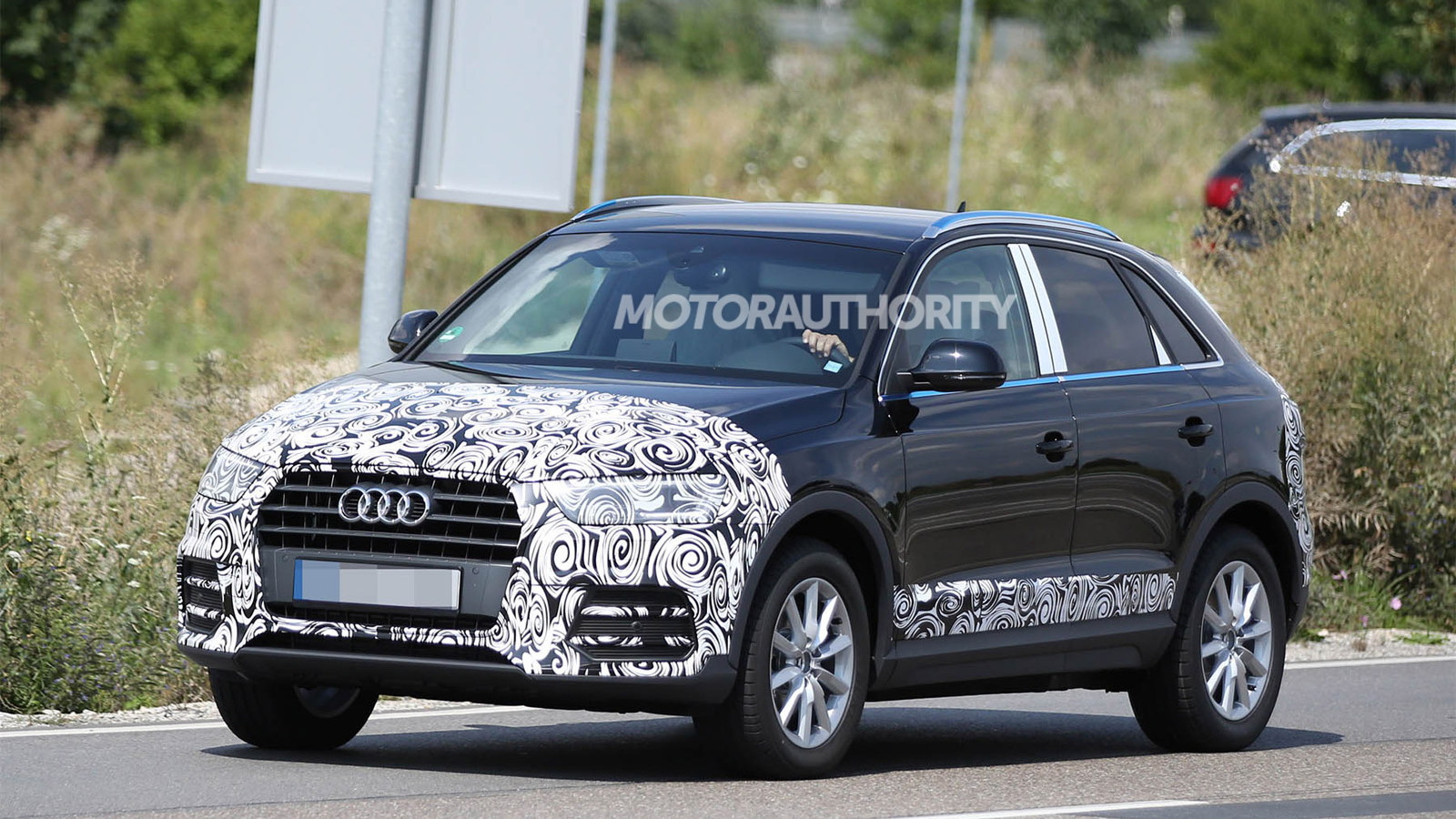 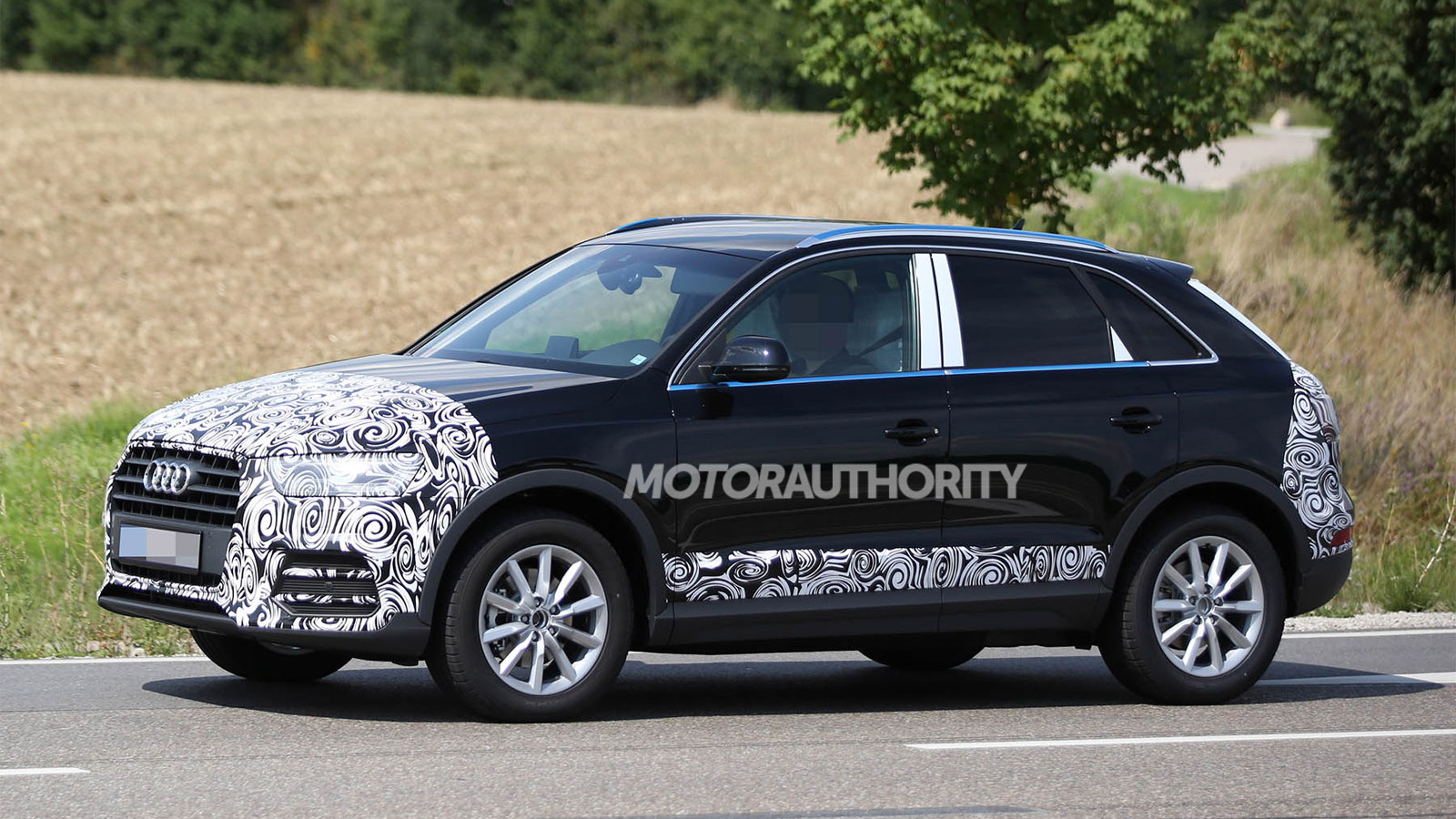 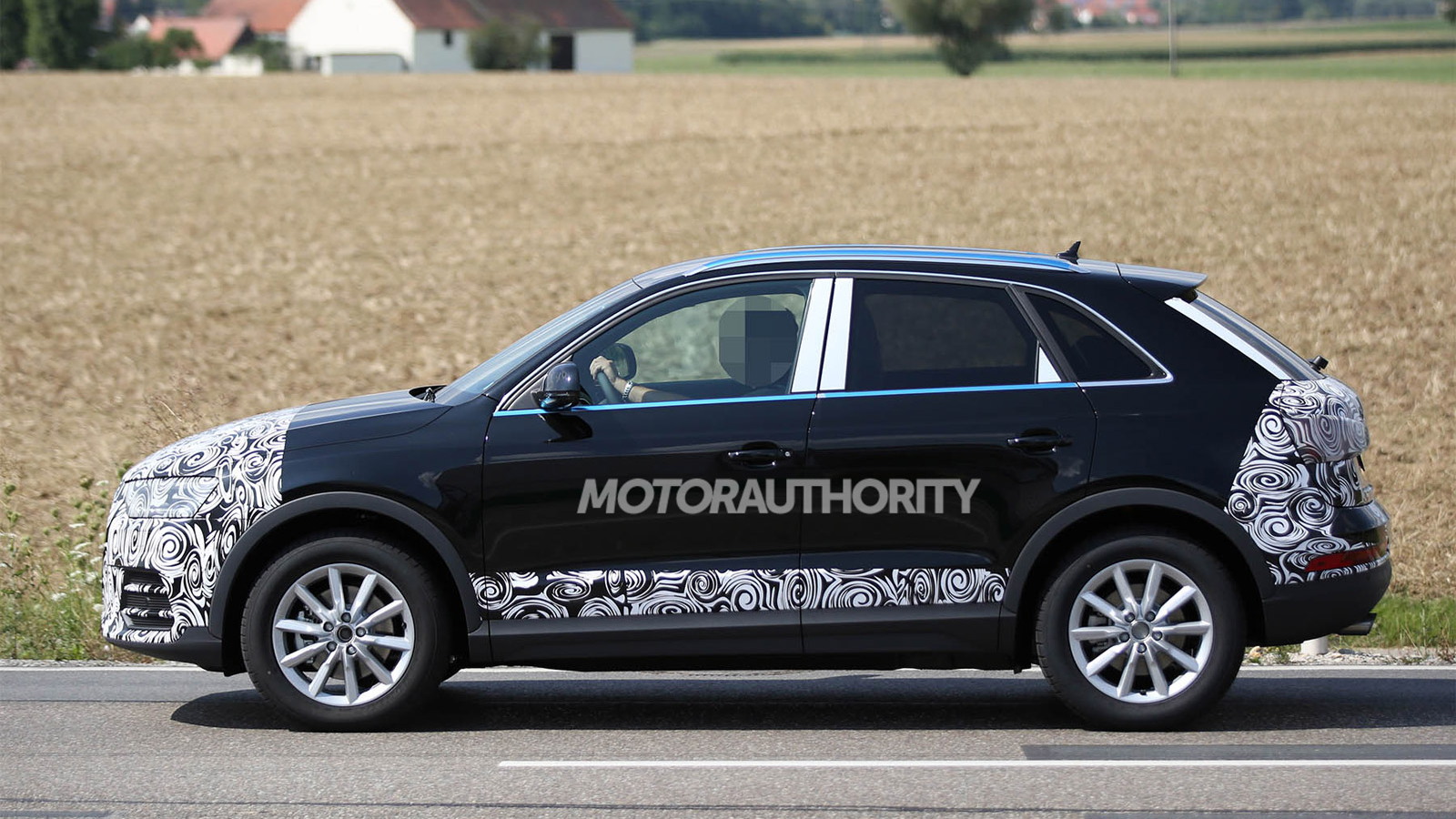 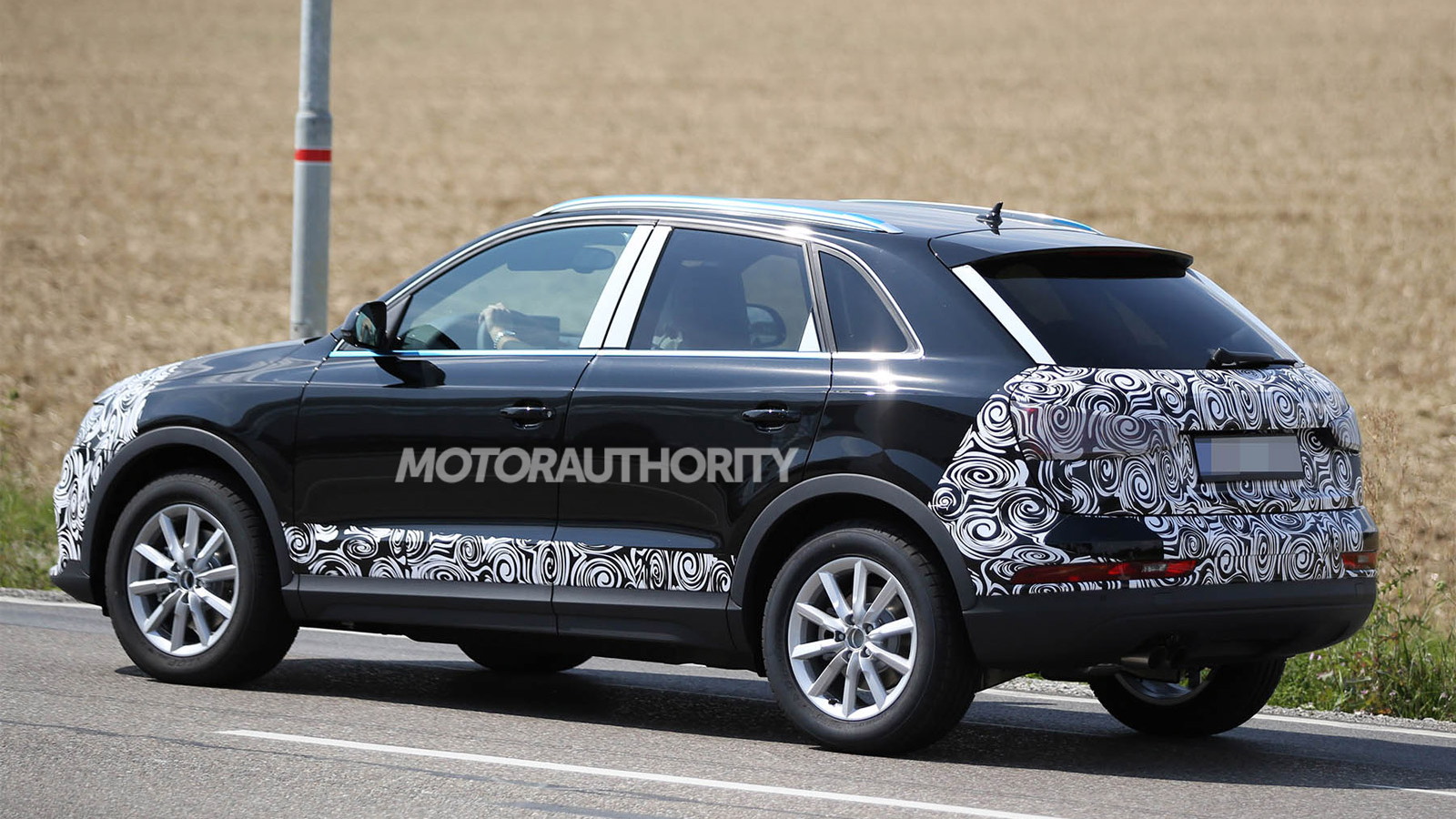 18
photos
Audi’s Q3 has been around since 2011 but only reaches U.S. showrooms this fall, priced from just above $33k. Curiously, an updated version of the compact crossover is due next year and prototypes have been spotted by one of our photographers. As the spy shots reveal, the changes to the Q3 will be minor.

The updated vehicle sports new bumpers at both ends. The lights have also been revised, with the front pair characterized by new patterns for the daytime running lights. A prototype for an updated version of the high-performance RS Q3 has also been spotted, and sports similar updates to the ones you see here.

We’ll likely see some changes in the cabin of the updated Q3 as well. One possibility is a new touchpad surface for the interface instead of the current model's rotary dial.

In the U.S., the Q3 is launching with just one engine: a 2.0-liter TFSI rated at 200 horsepower and 207 pound-feet of torque. The only transmission is a six-speed automatic but customers will have the choice of either front- or all-wheel drive.

This setup should continue once the updated Q3 arrives. It’s not clear if other powertrains are planned but it’s likely we’ll see the RS Q3 model complete with its turbocharged 2.5-liter five-cylinder engine. Peak output should remain capped at the current RS Q3's 310 hp and 309 lb-ft level, and all-wheel drive should also remain standard.

A reveal of the updated Q3 range, including the RS Q3, should take place around the end of the year. That means we’re likely to see the range in showrooms midway through next year, making the updated Q3 a 2016 model. Key rivals for the Q3 include the BMW X1 and Mercedes-Benz GLA-Class.