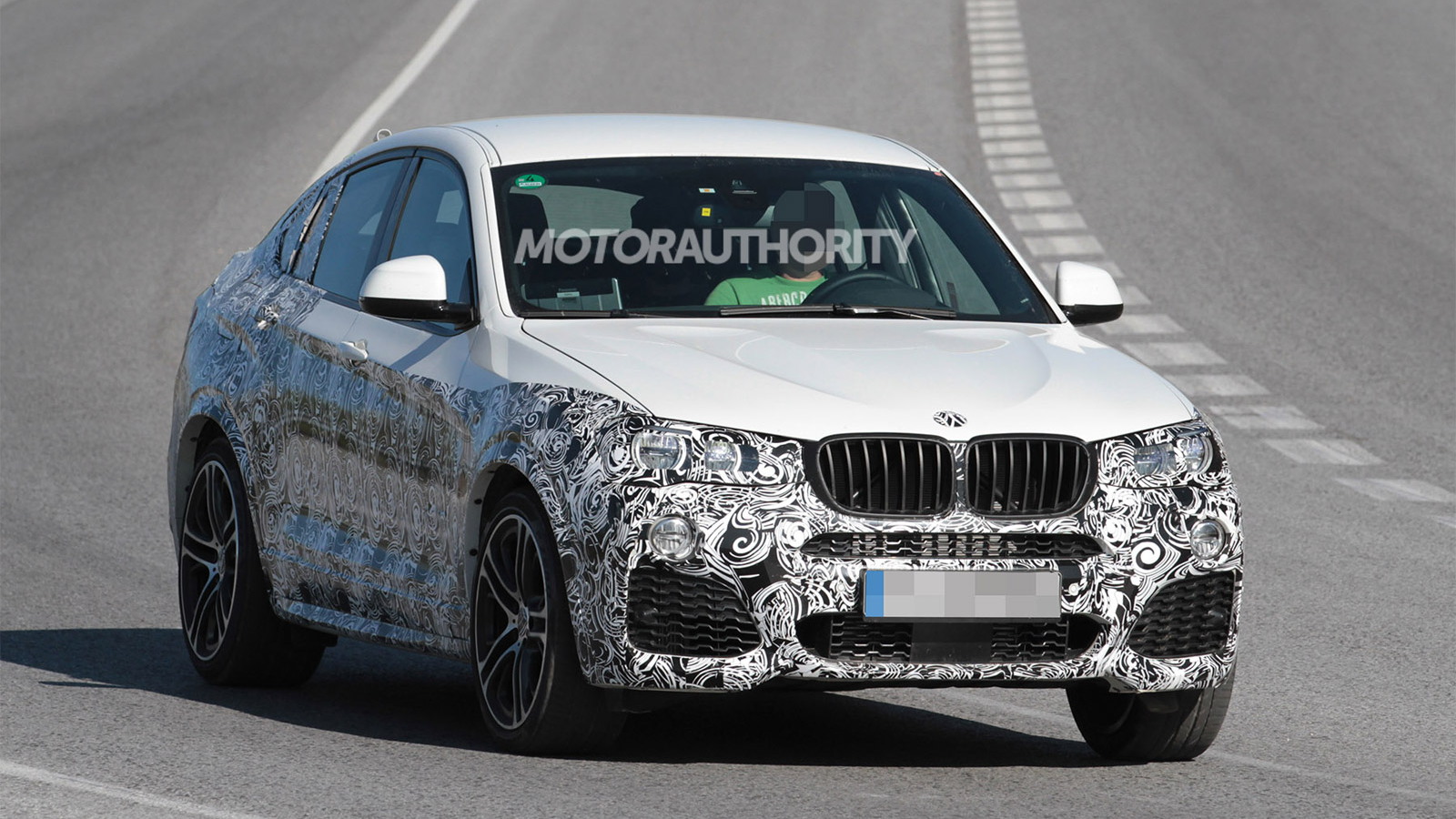 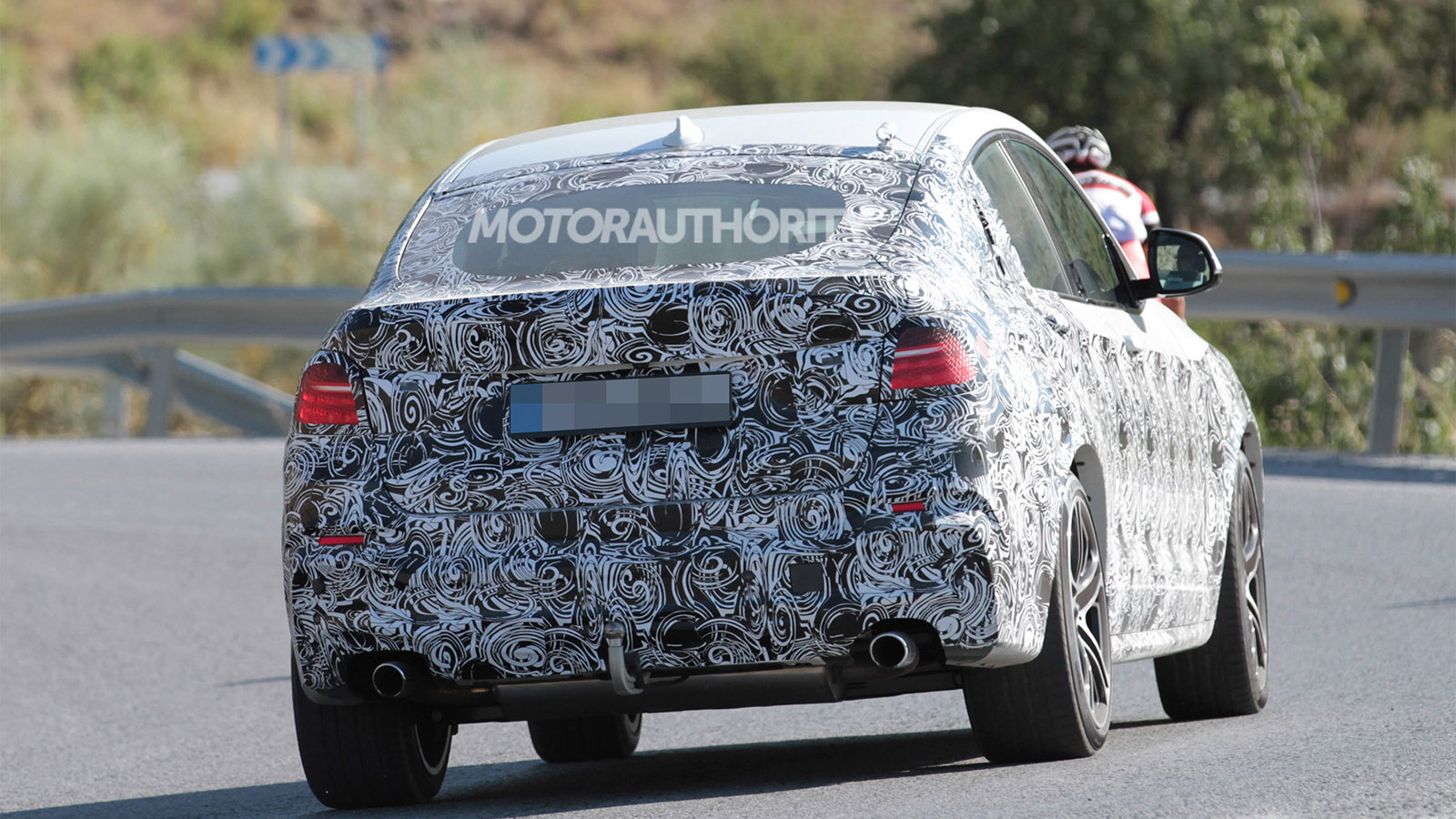 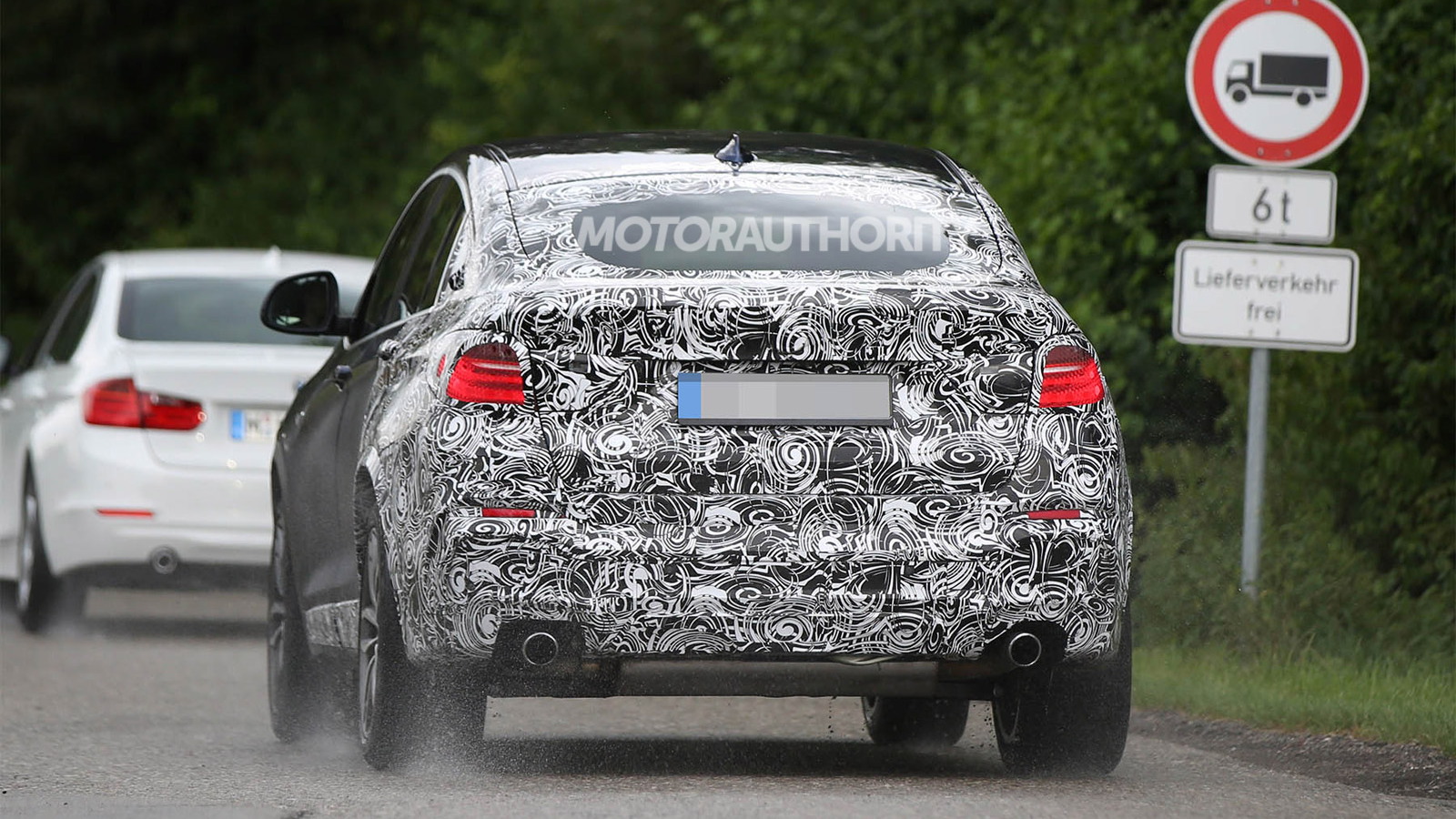 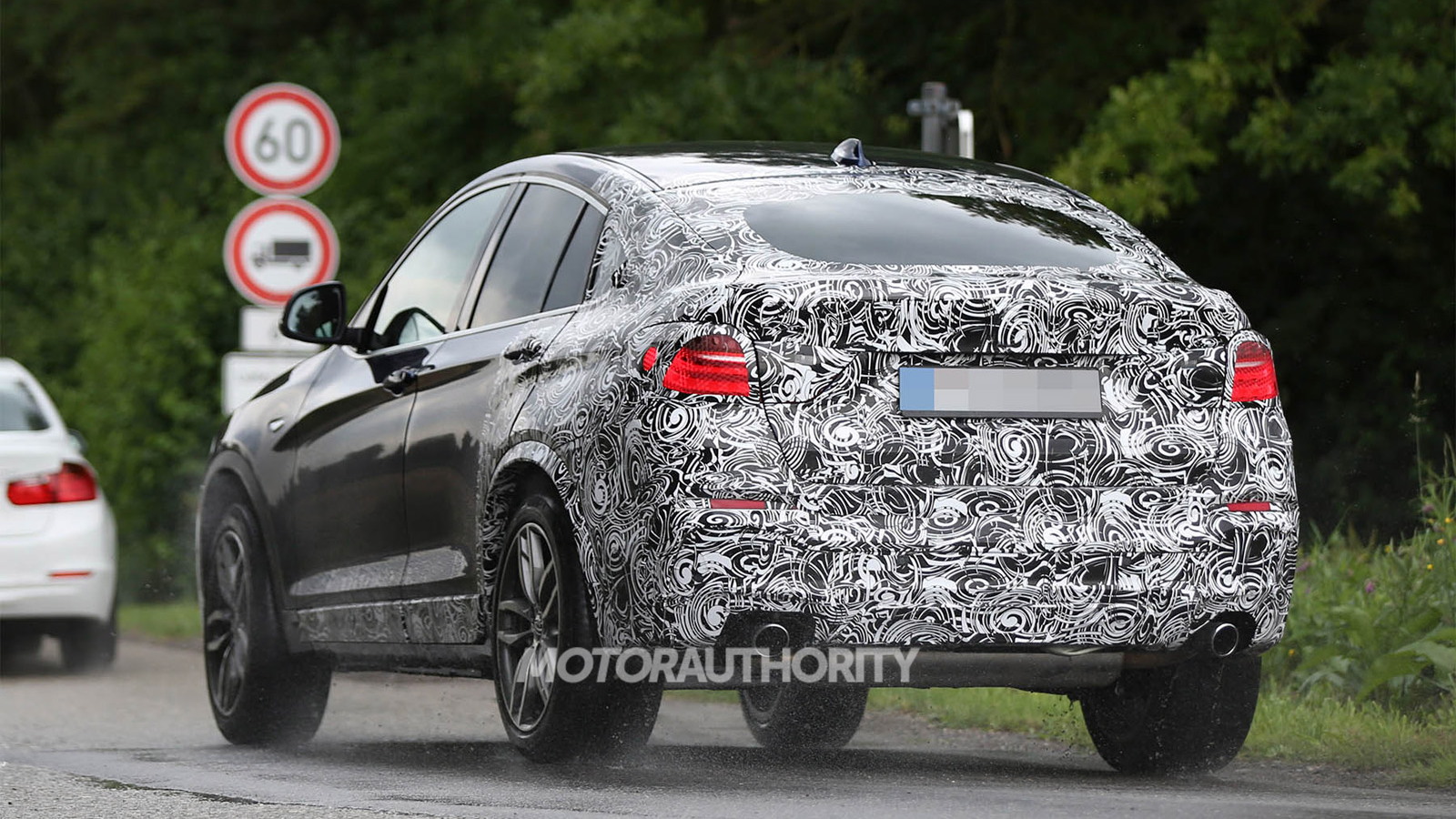 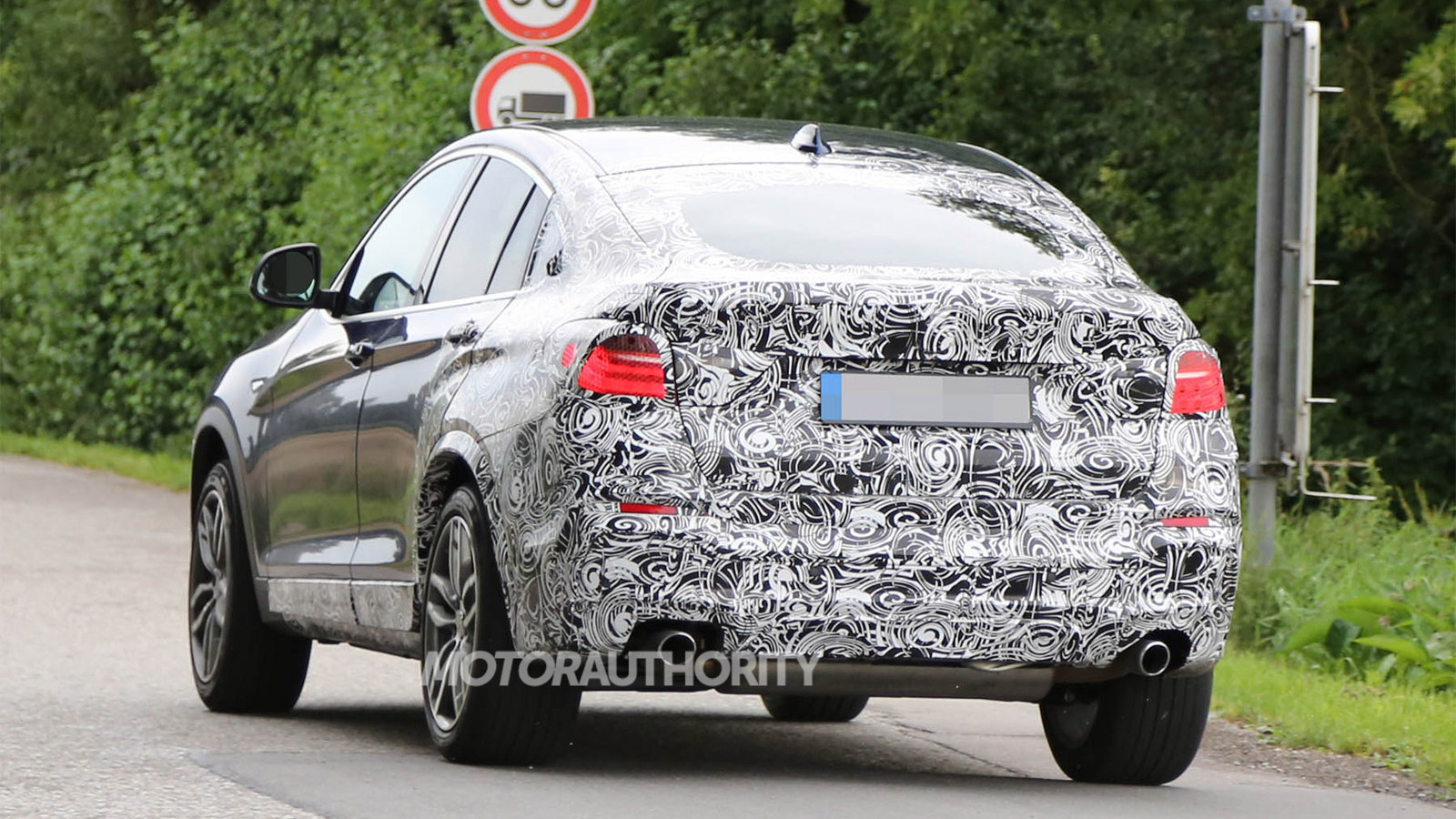 12
photos
These are the first spy shots of prototypes for a new high-performance version of the recently revealed BMW X4. BMW isn’t expected to launch a dedicated M version of its small coupe-like crossover; instead, we’re more likely to see an M Performance version positioned just above the existing X4 xDrive35i range-topper.

We know the prototypes are for a high-performance model because of their dual-exhaust system, with an exit pipe located at either side of their rear bumpers. The current X4 xDrive35i model also features two exhaust tips but these are grouped together on one side of the bumper.

The prototypes are also sporting aggressive body kits similar to the available M Sport package designed for the X4. It also looks like the vehicles have been fitted with larger brakes than those of the X4 xDrive35i.

Power in the new X4 M Performance model should come from a turbocharged straight-six engine. The engine in the X4 xDrive35i is a twin-turbo 3.0-liter unit good for 300 horsepower, but a more powerful version is expected for the M Performance model.

The more powerful specification, which will also be used by the upcoming BMW M2, is expected to deliver more than 350 horsepower. The specification is also expected to warrant the introduction of a new X4 M40i badge for the hot X4.

A debut is tipped to take place at the 2015 Frankfurt Auto Show, which means we’re likely to see the vehicle land in showrooms as a 2016 model. A diesel version is also likely, but not for the U.S. market unfortunately.