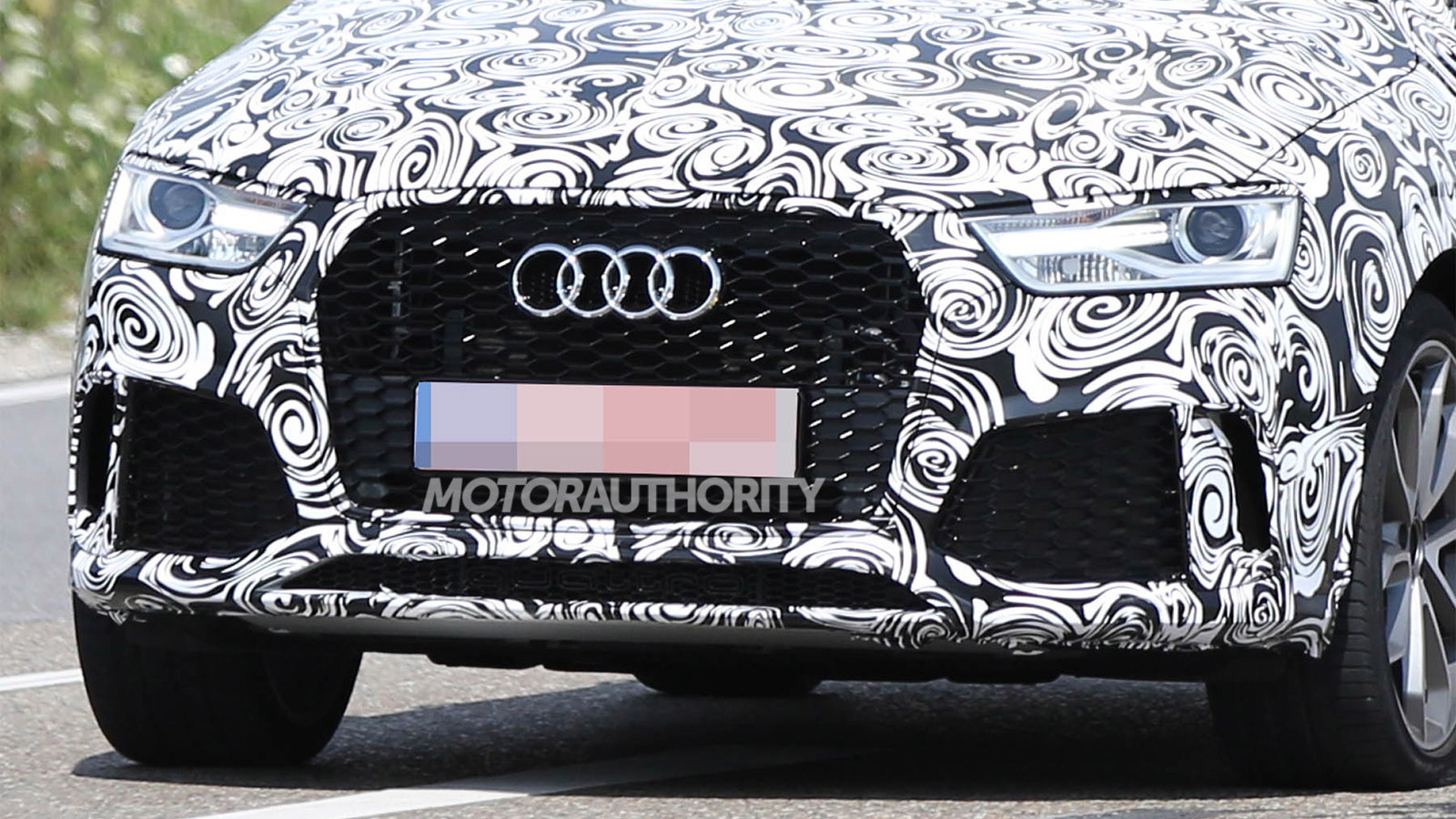 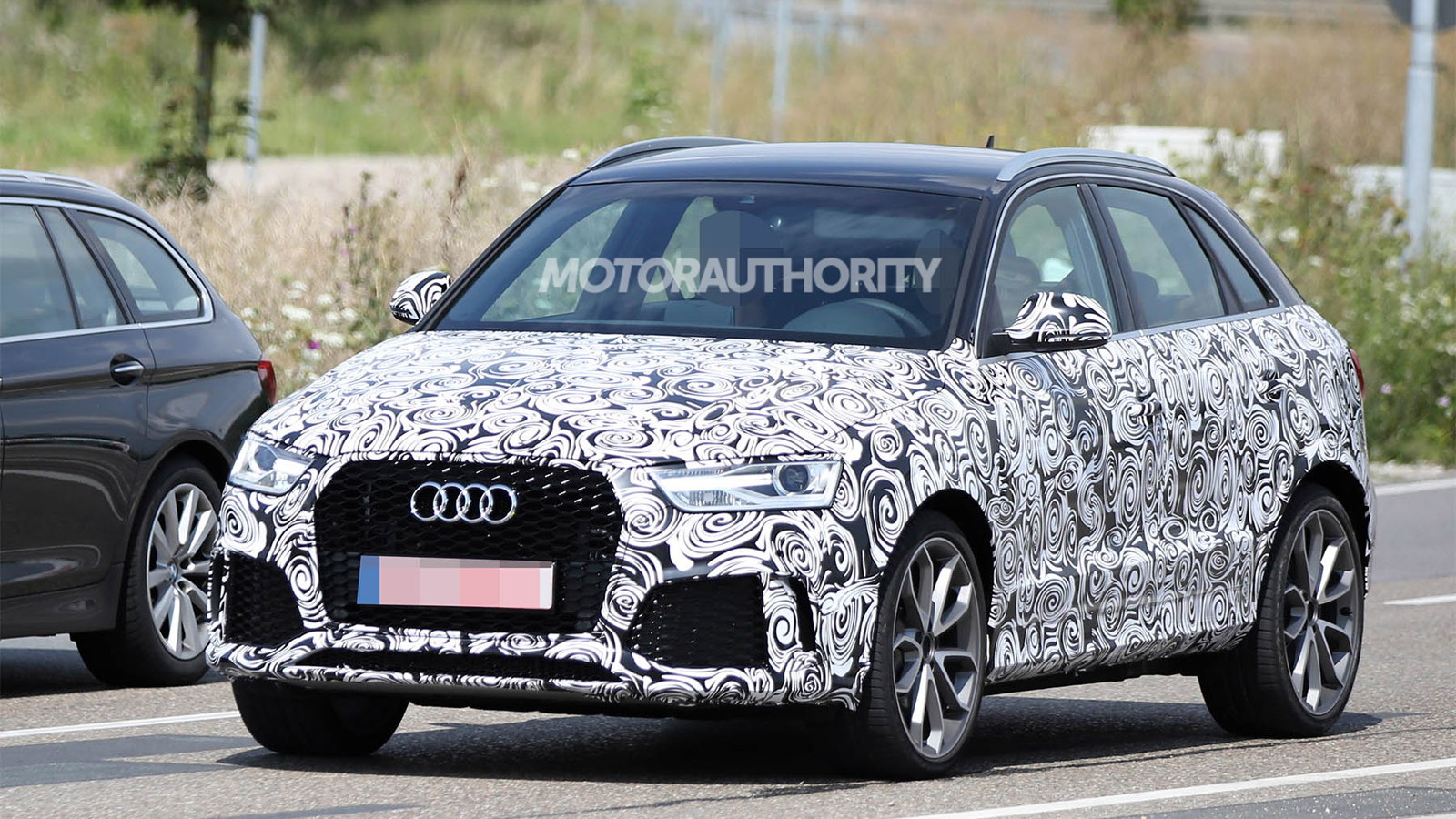 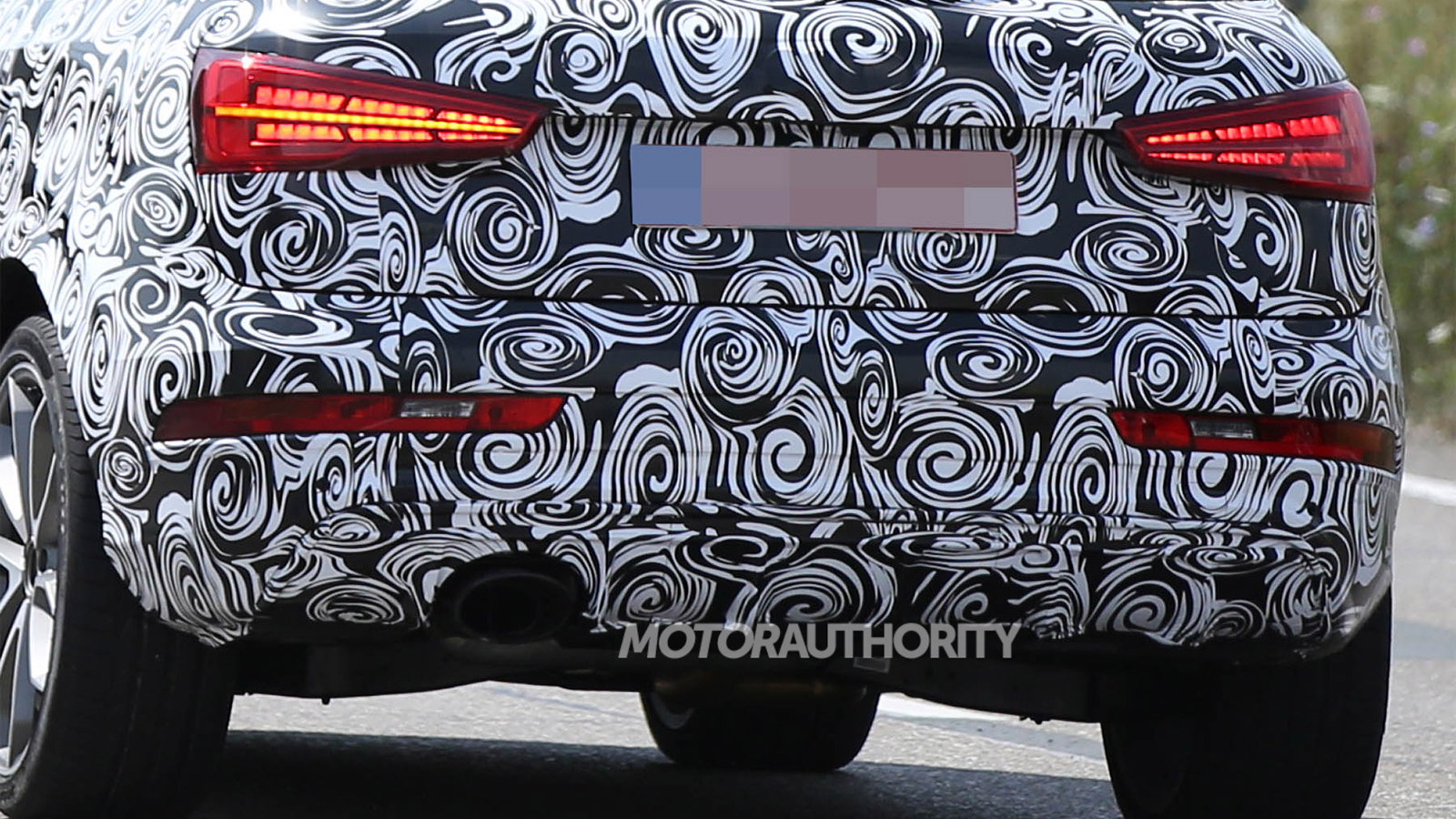 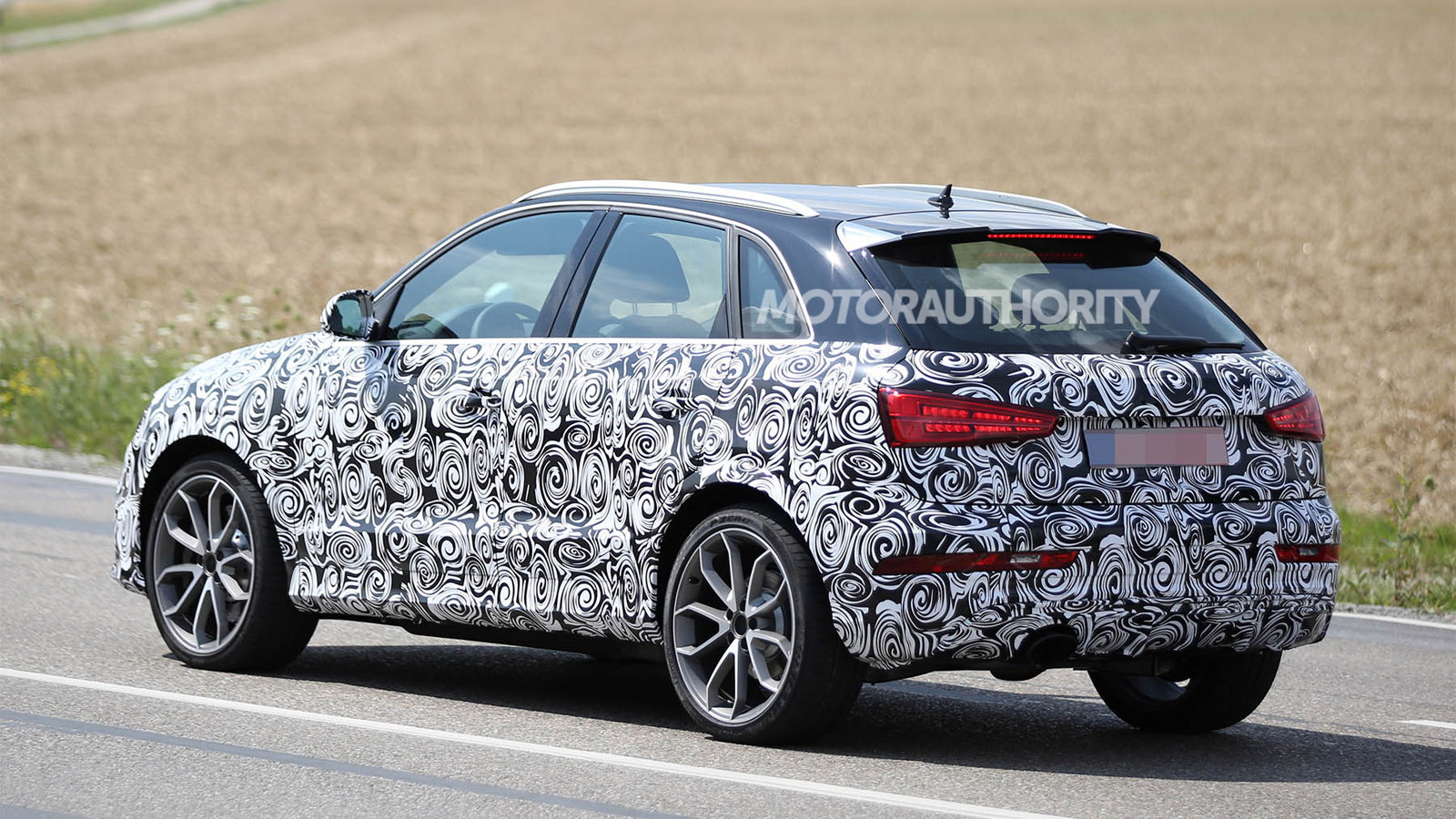 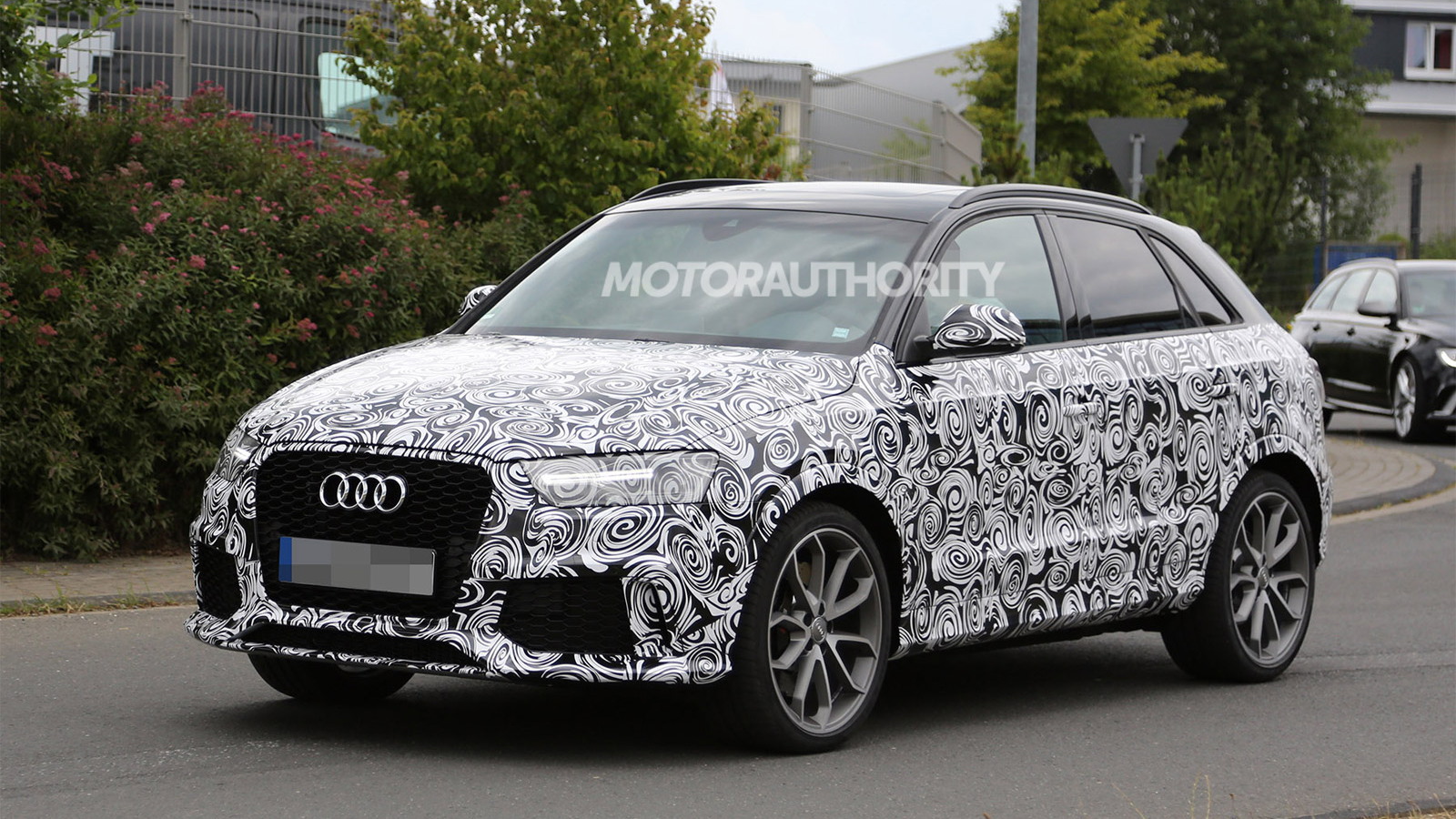 The changes include some minor revisions for the exterior, such as new graphics in the lights and different wheel patterns, and it’s likely we’ll see a few tweaks inside. One of those tweaks could be the adoption of a digital instrument cluster similar to that fitted in the 2016 Audi TT.

As the RS Q3 was all-new just a year ago, we’re not expecting any significant changes in the powertrain department. The current model is powered by the familiar five-cylinder TFSI found in the previous TT RS and RS 3 models, and peak output of the turbocharged and direct-injected 2.5-liter unit in the facelifted RS Q3 should remain at 310 horsepower and 309 pound-feet of torque.

A reveal of the facelifted Q3 range, including the RS Q3, should take place around the end of the year. If the RS Q3 gets the green light for the U.S., we’re likely to see it launched sometime during the 2016 model year.