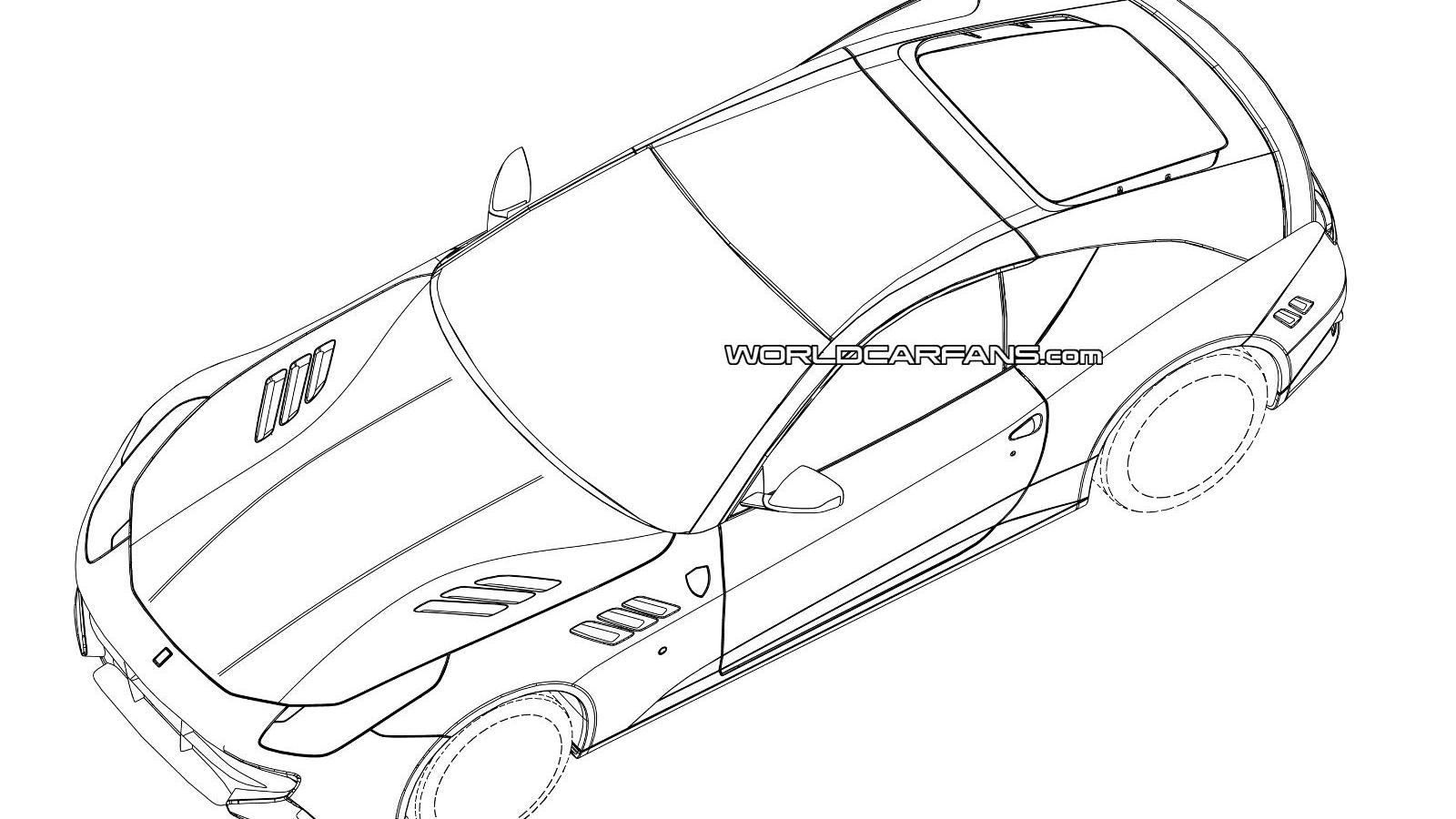 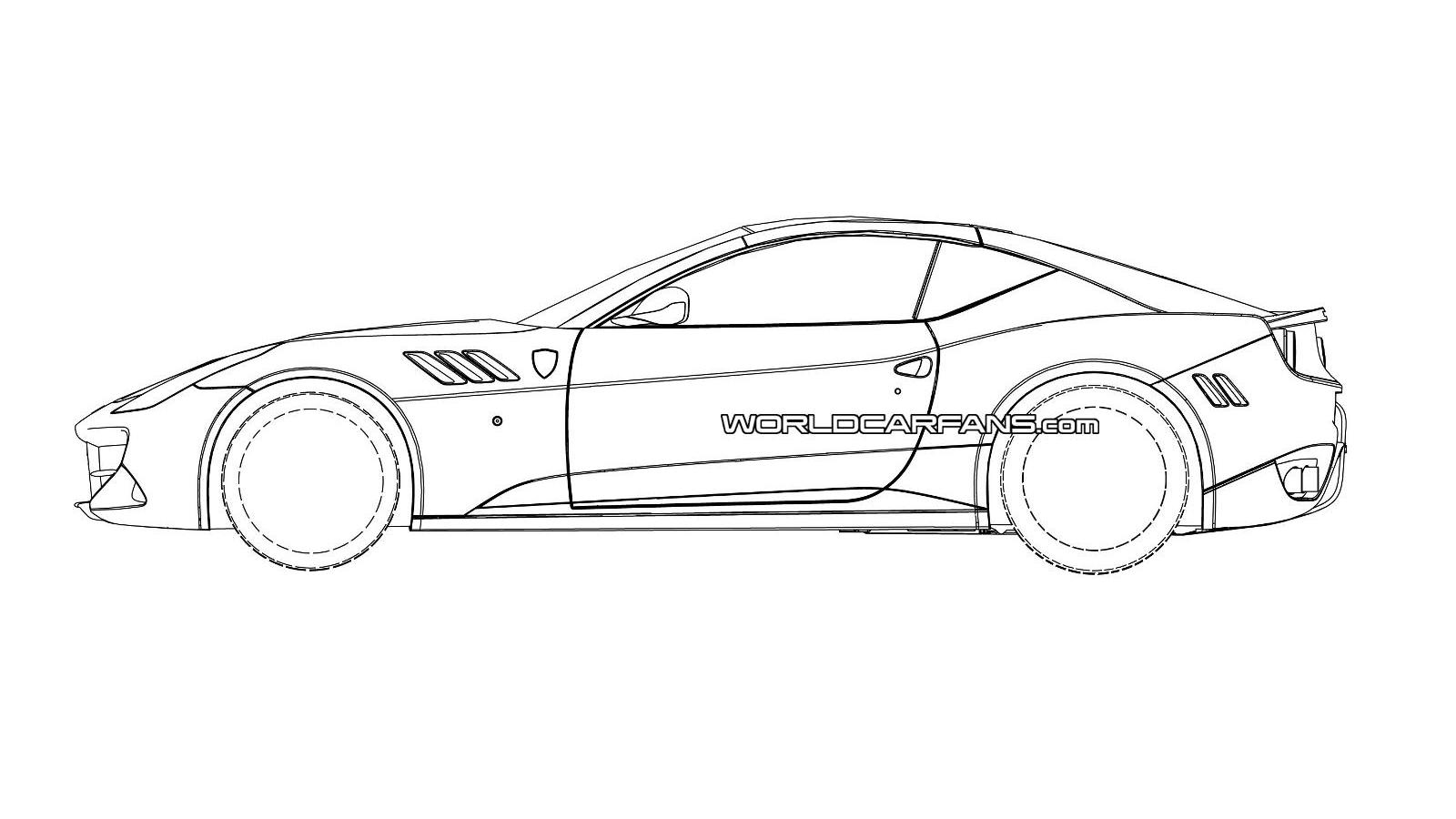 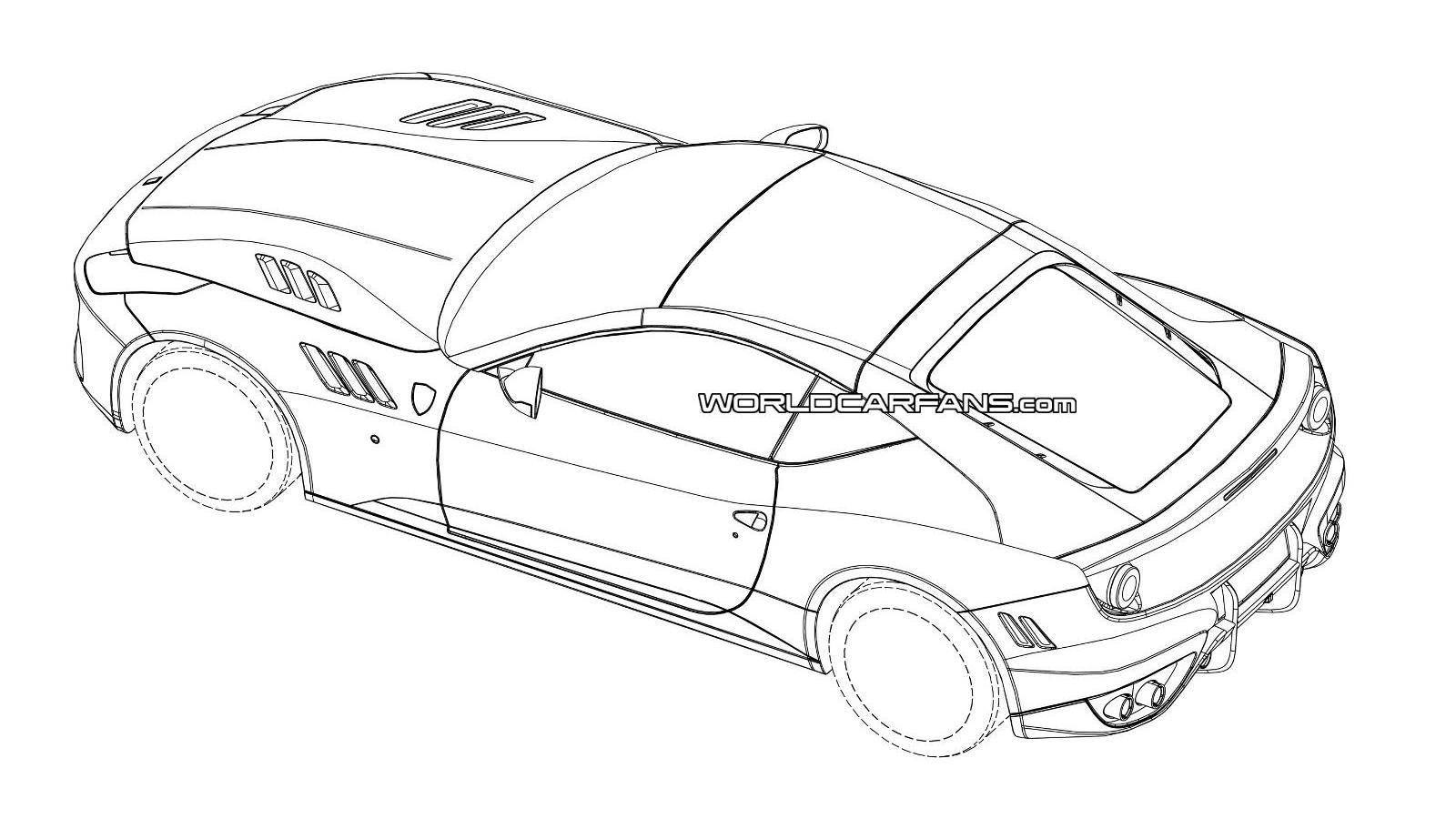 3
photos
This very well may be our first look at the completed design for Ferrari’s replacement for its California convertible sports car. The images are alleged to be official patent drawings filed by Ferrari with a registry for trademarks and patents in Europe.

They were found by World Car Fans, which claims the drawings depict a new two-seat version of the Ferrari FF. However, based on the design we’re more inclined to say the drawings, if legitimate, actually show the California replacement due out next year.

A quick scan of previous spy shots of a test mule for Ferrari’s California replacement show similar proportions to what we see here. The layout of the quad-exhaust tips also match. Finally, the drawings also show what appear to be the cut lines for a retractable hardtop.

The overall design is much more aggressive than that of the California and shows clear influences from Ferrari’s latest cars such as the FF, F12 Berlinetta and upcoming LaFerrari flagship.

We still don’t have any solid details on Ferrari’s plans for its California replacement, though it’s believed the car will come with a twin-turbocharged V-8 engine. An F1-inspired KERS may also be added to help boost power.

A debut for Ferrari’s California replacement is likely to take place at the 2013 Geneva Motor Show next March.