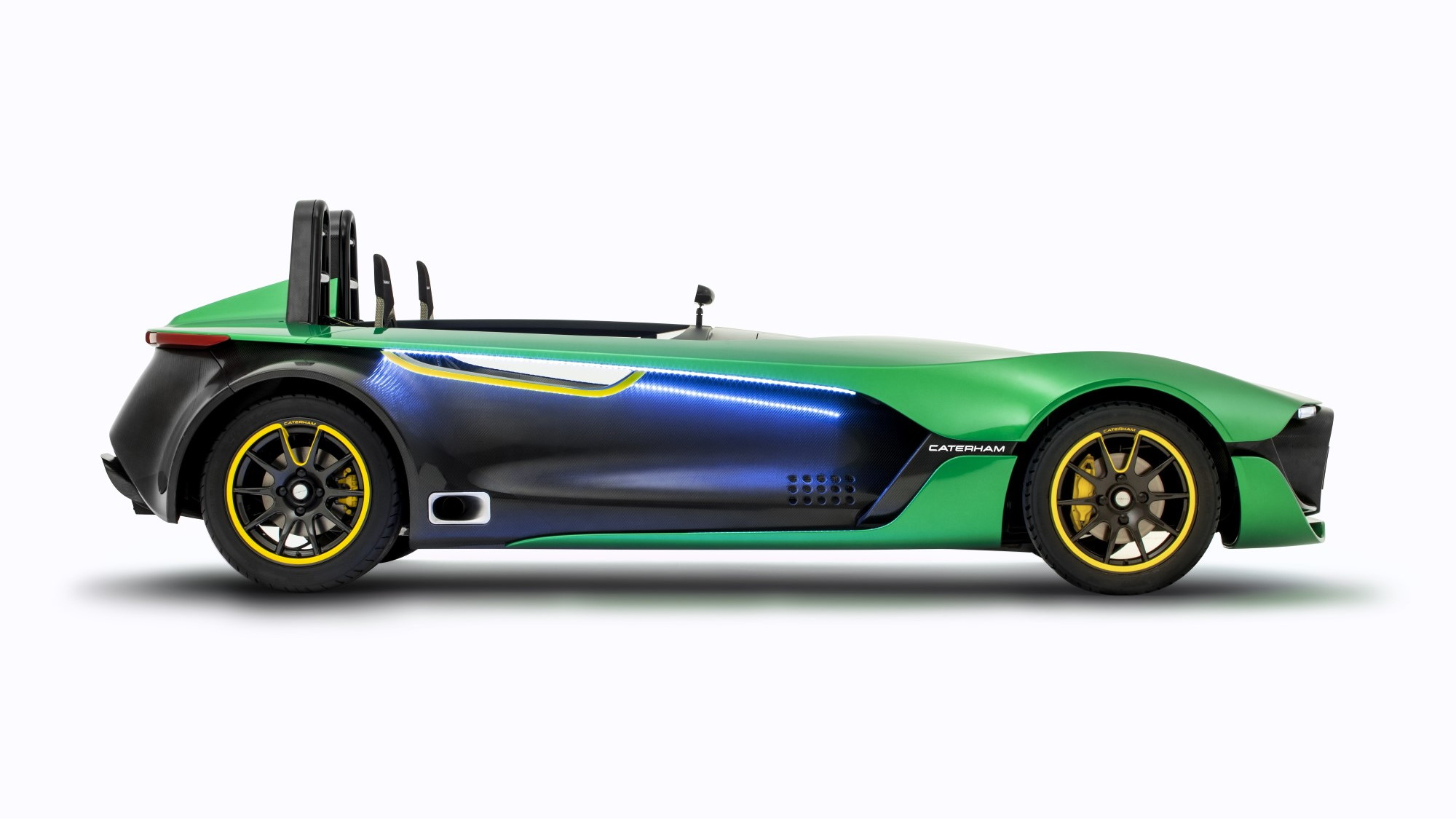 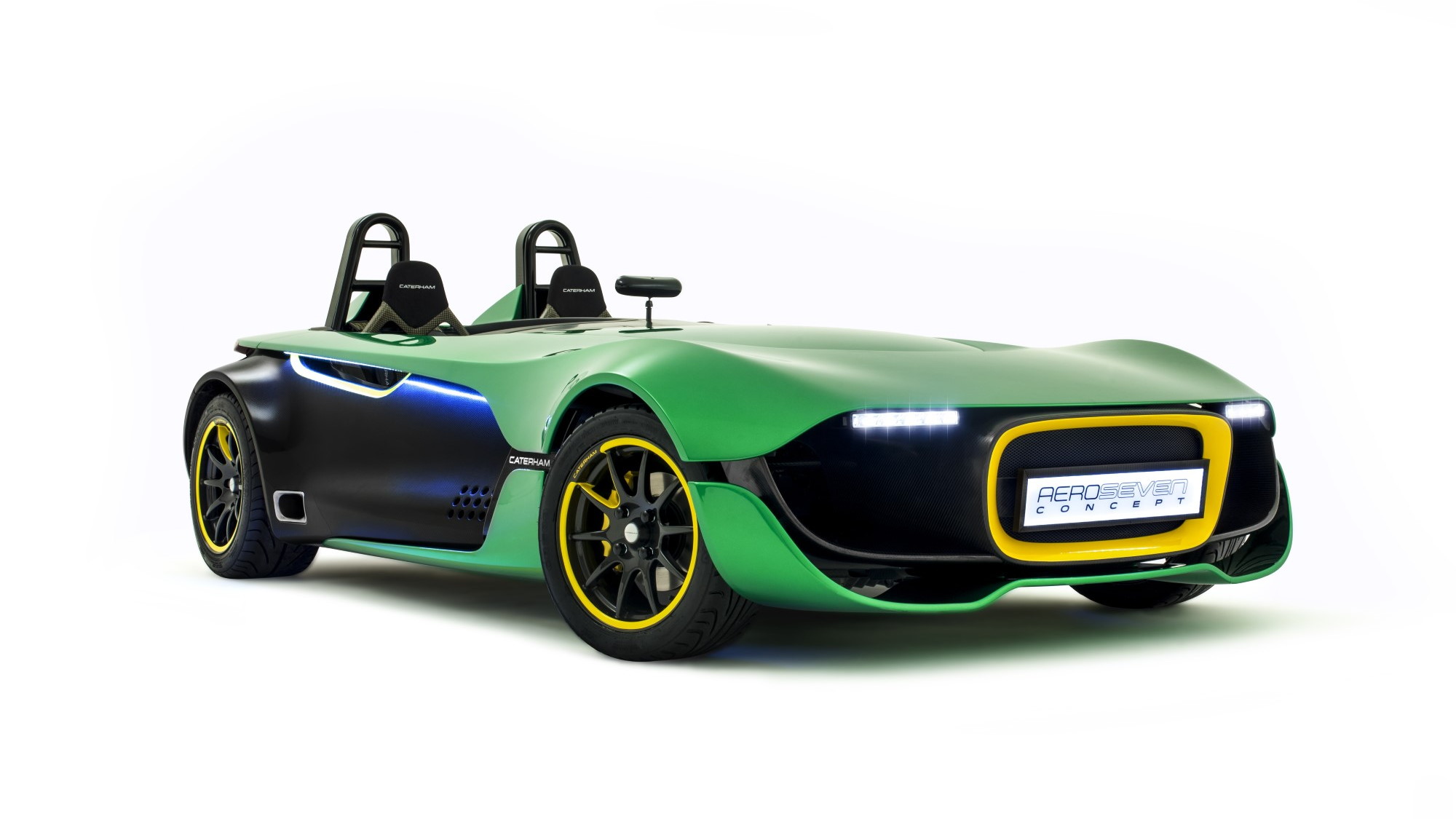 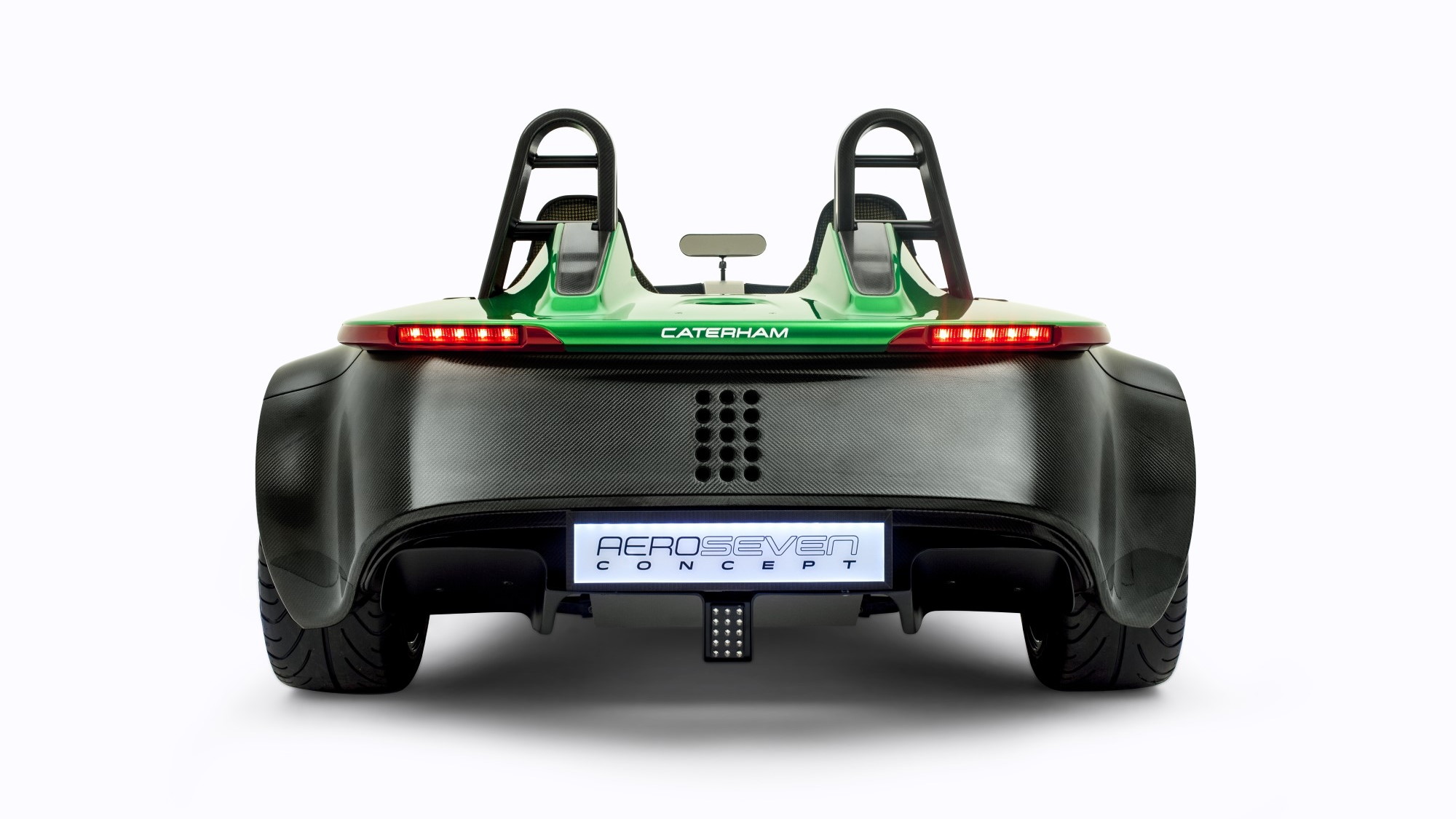 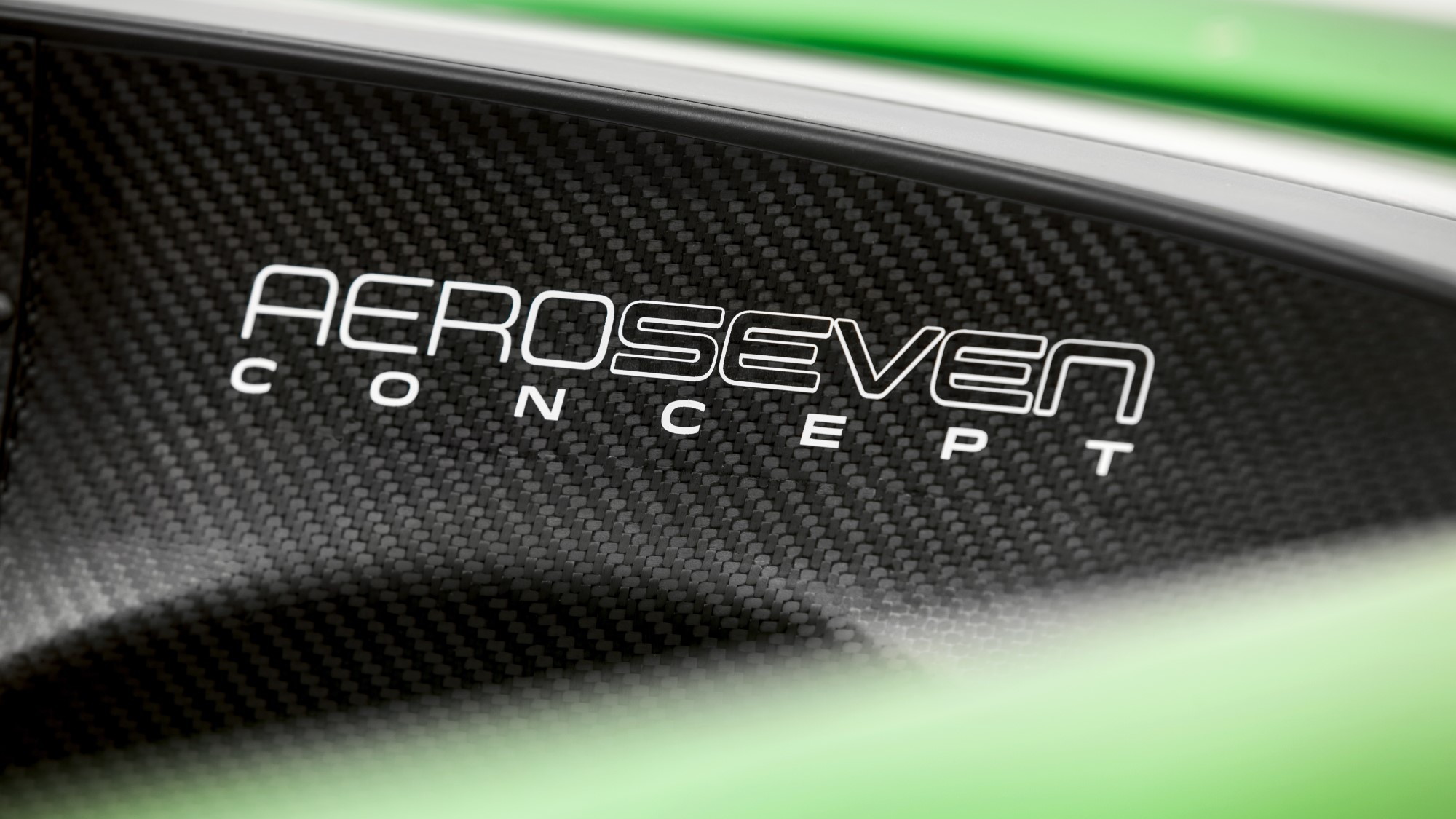 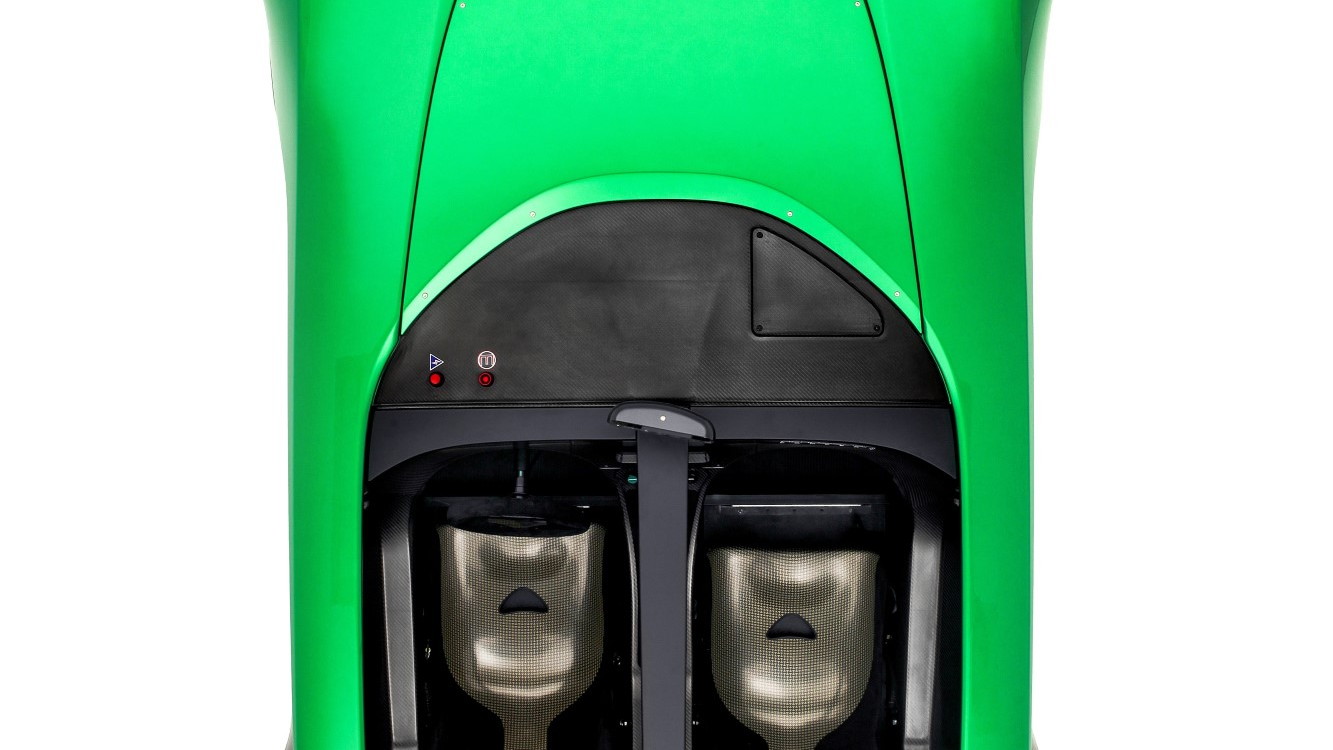 8
photos
The original Lotus Seven was an inspired concept--completely, utterly minimalistic, in perfect keeping with Colin Chapman's "simplify, then add lightness" ethic. The new Caterham AeroSeven is an extension of that theme into modern Formula 1 technologies and methods.

Built around the Caterham Seven CSR platform, wrapped a carbon fiber body designed not for aesthetics but for the flow of air over and around it, the Caterham AeroSeven is powered by the same engine found in the Caterham Seven 485, a 2.0-liter four-cylinder that generates 237 horsepower. With the AeroSeven's low weight, that equates to sub-4-second 0-60-mph runs.

The AeroSeven is still a concept, but Caterham says it is the first model in the coming expansion of the brand's range of offerings.

Grippy Avon CR500 tires handle the car-to-road interface, while the F1-style inboard pushrod suspension, with new dampers, springs, and anti-roll bars hep make the most out of the AeroSeven's rigid chassis. Fully variable traction and launch control is also included, as is a Bosch race-derived ABS system.

Even the engine management parameters are adjustable, directly from the cockpit with the steering-wheel-mounted controls. The steering wheel also offers "Road" mode, "Flash-To-Pass", and "Pit Lane Speed Limiter" functions. Interestingly, the AeroSeven's default mode is "Race" mode, requiring a button push to get back into Road mode.

The interior gives us a first glimpse into Caterham's future designs, with the GDU (graphical display unit) in the center stack, used to display a wide array of parameters, from engine speed and oil levels to traction control and brake settings--all in a "next-generation" real-time 3D rendered display.

True to its race-inspired, F1-bred theme, the AeroSeven's manufacture and tooling will be split between Caterham Technology & Innovation and the Caterham F1 Team facility, with final assembly at the Caterham Cars factory in Dartford, U.K.

Production and delivery is scheduled to begin in August, 2014.