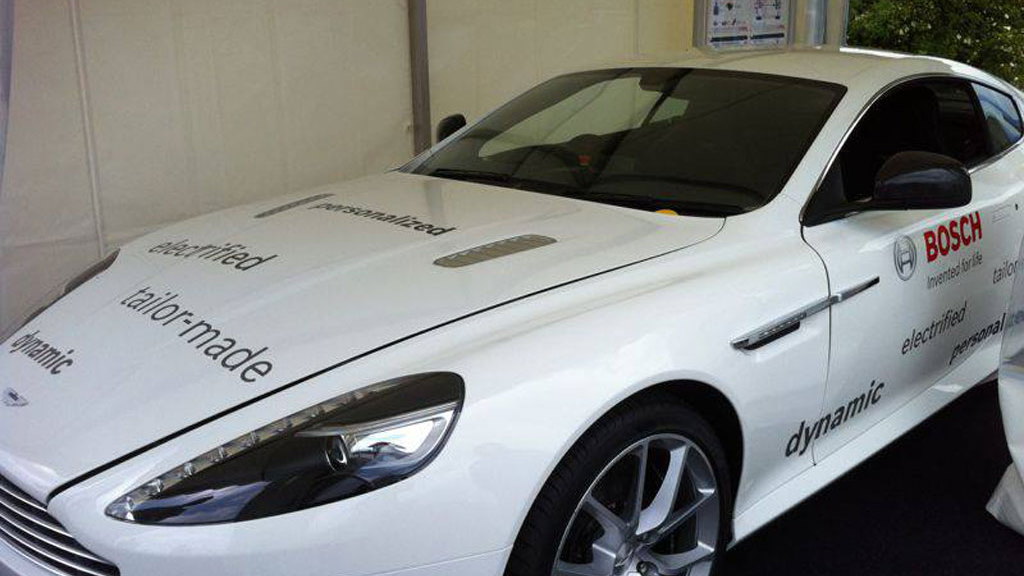 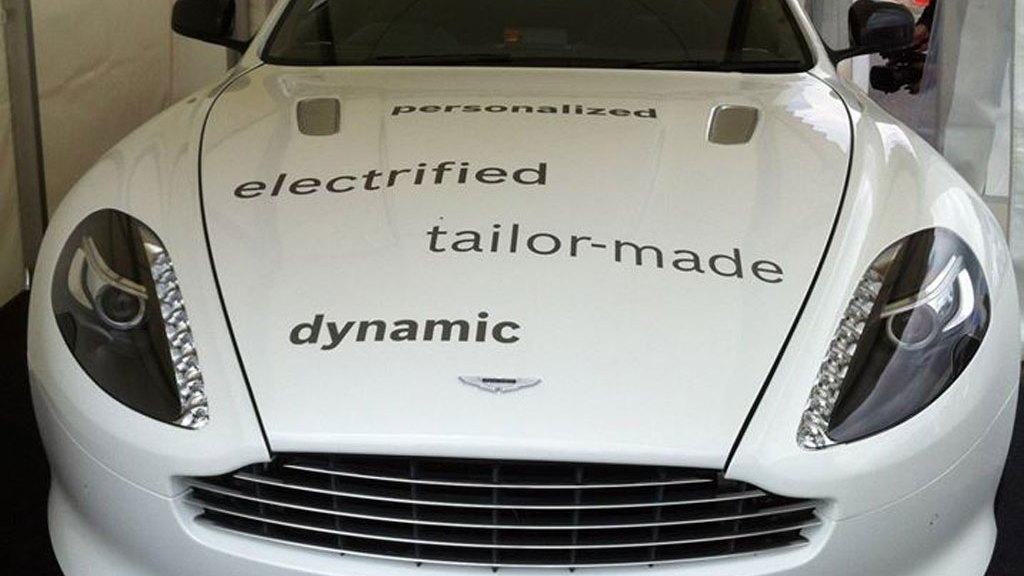 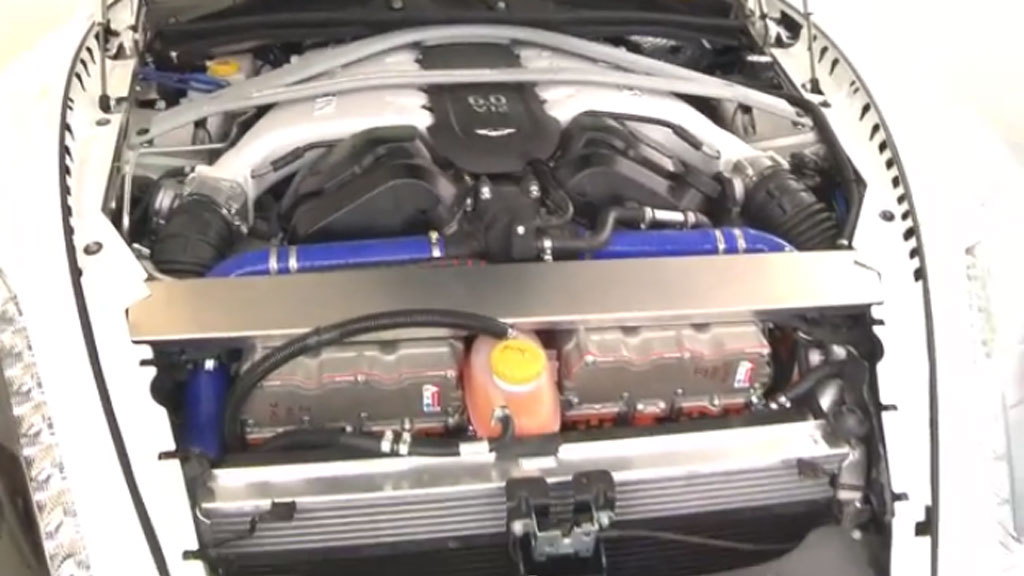 3
photos
Bosch is out to show that in a world of ever-tightening emissions regulations, performance cars can still have a place. To prove its point, the German supply giant built an Aston Martin DB9 plug-in hybrid capable of delivering 740 horsepower.

The vehicle is strictly a prototype and was built to showcase Bosch’s plug-in hybrid technology, which has been developed so that it can be installed in various vehicle types.

The DB9’s 6.0-liter V-12 spins the rear wheels as normal, while a pair of electric motors, one powering each of the front wheels, provides additional drive force. These electric motors can work independently of the engine and each other and can be programmed to deliver negative torque in order to improve handling. The handling system is so advanced it even takes into account tire temperature and the number of passengers in the car.

Powering the electric drive system is a lithium-ion battery sitting in the rear of the car. On a single charge, Bosch says the DB9 plug-in hybrid is capable of roughly 16 miles of electric only driving. Of course, this range can be increased thanks to the car’s energy recovery system (the motors also serve as generators when the vehicle needs to slow down).

With the pedal to the floor, Bosch says the car can accelerate to 62 mph about 20 percent faster than a regular DB9, which takes about 4.6 seconds for the feat--this, despite weighing around 660 pounds more due to the plug-in hybrid system.

No gas mileage figures have been released yet.

Inside, there’s a custom touch-screen display where the driver can see the status of the plug-in hybrid system, including which power sources are driving the wheels and how much charge is left in the battery.

As Bosch engineering head Bernhard Bihr explains in the video above, performance cars will need to meet tough emissions regulations in the future and making them hybrids is shaping up to be the ideal solution due to the dual effect of improved dynamics and lower emissions.