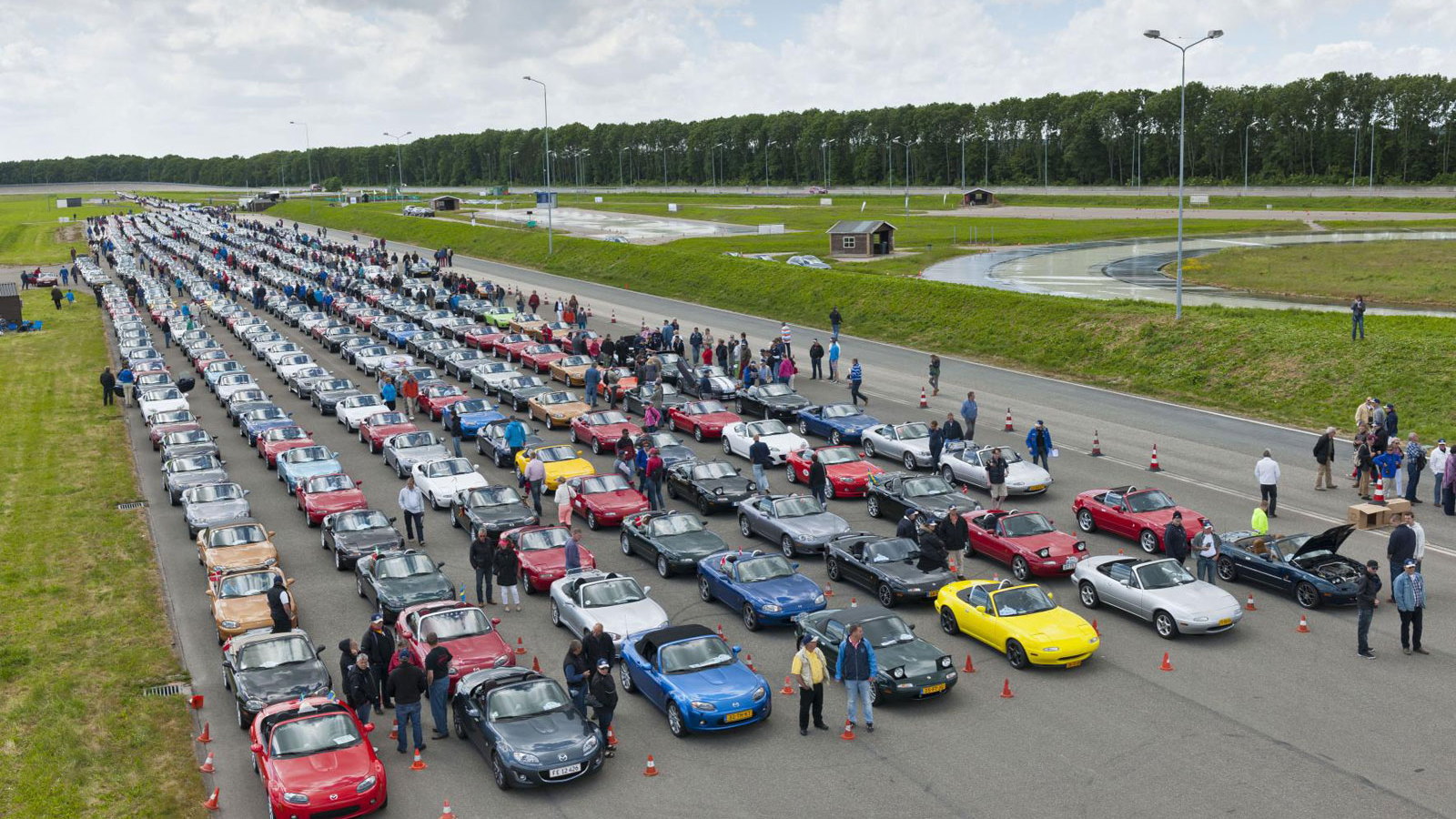 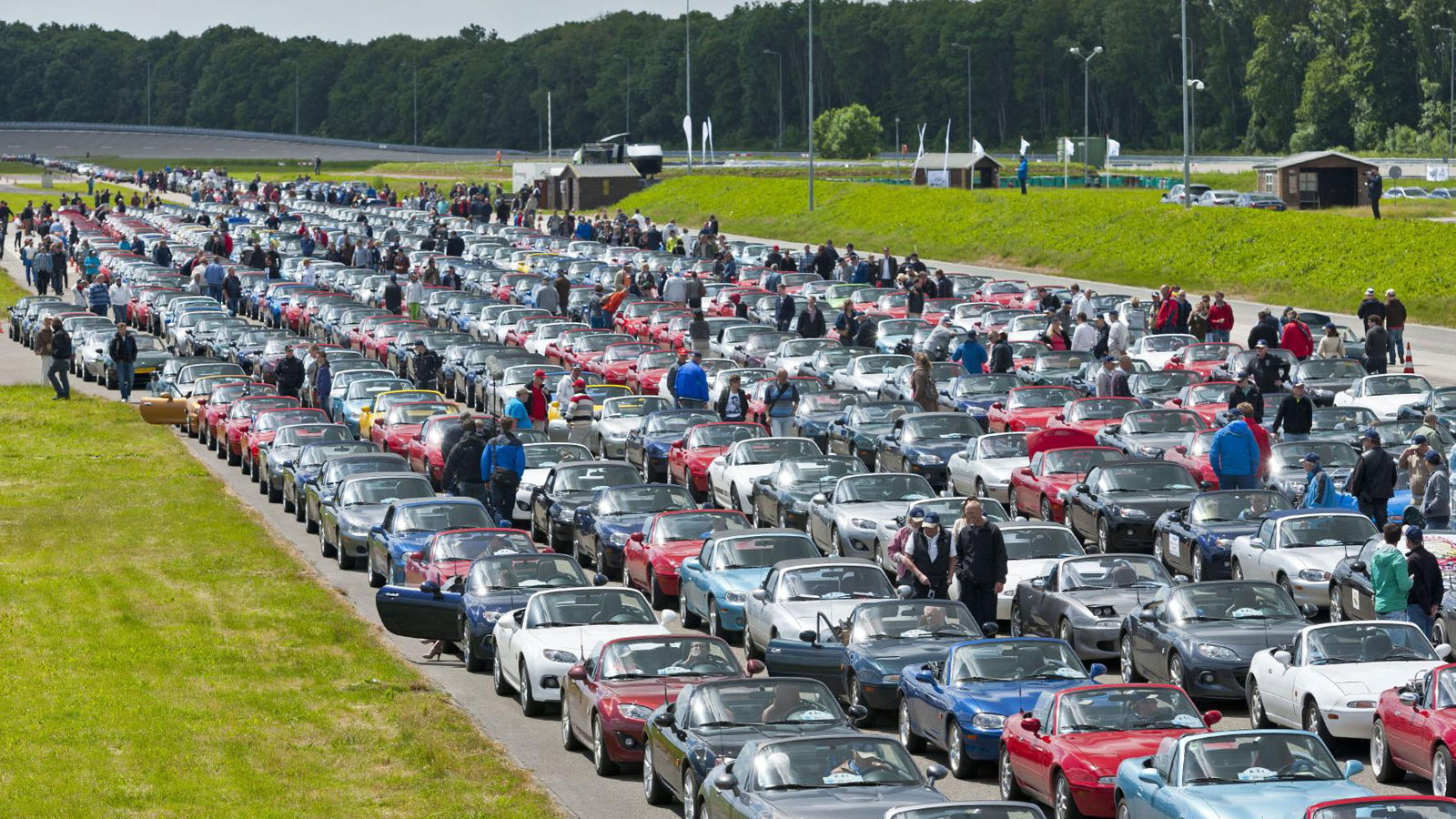 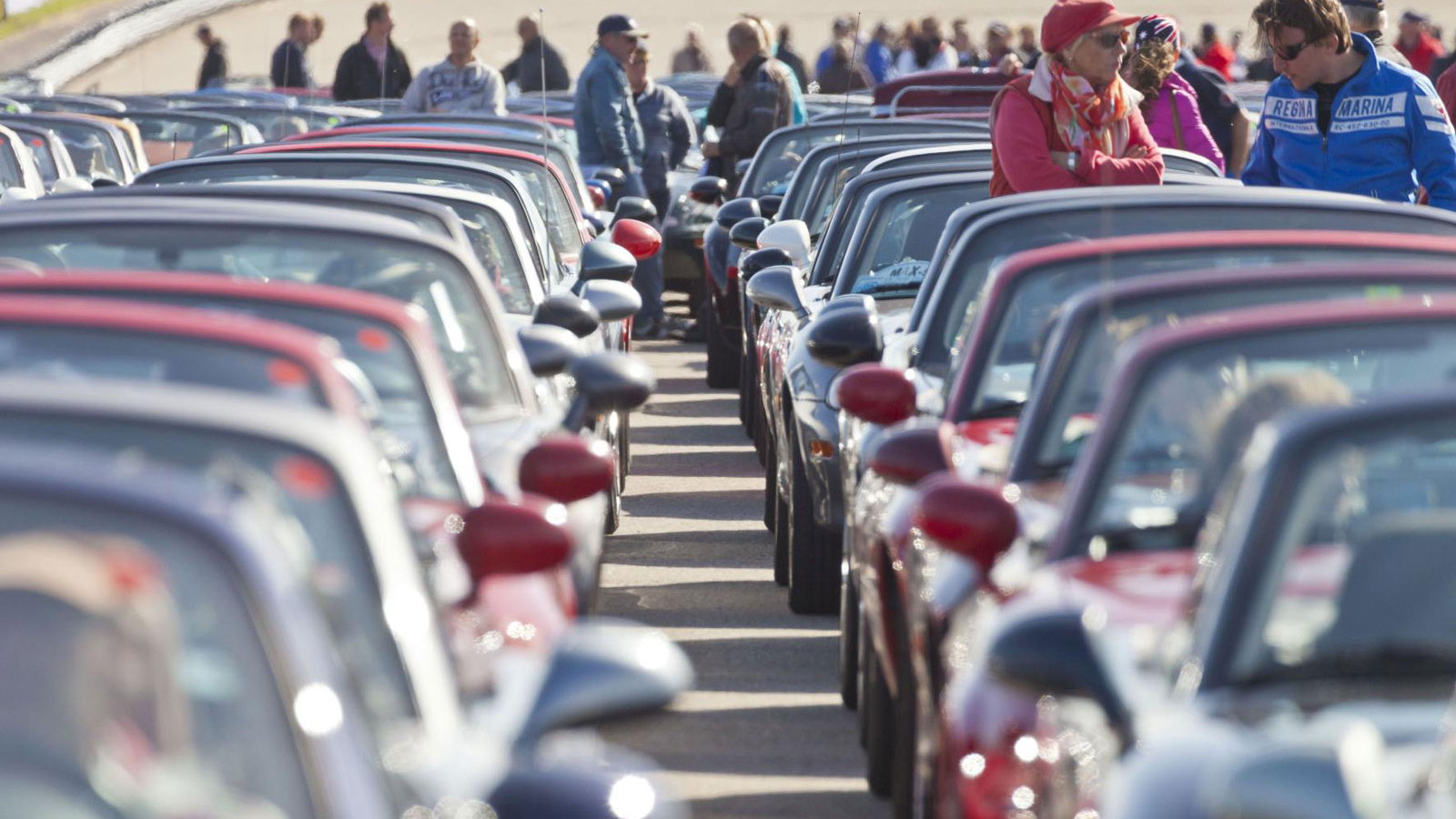 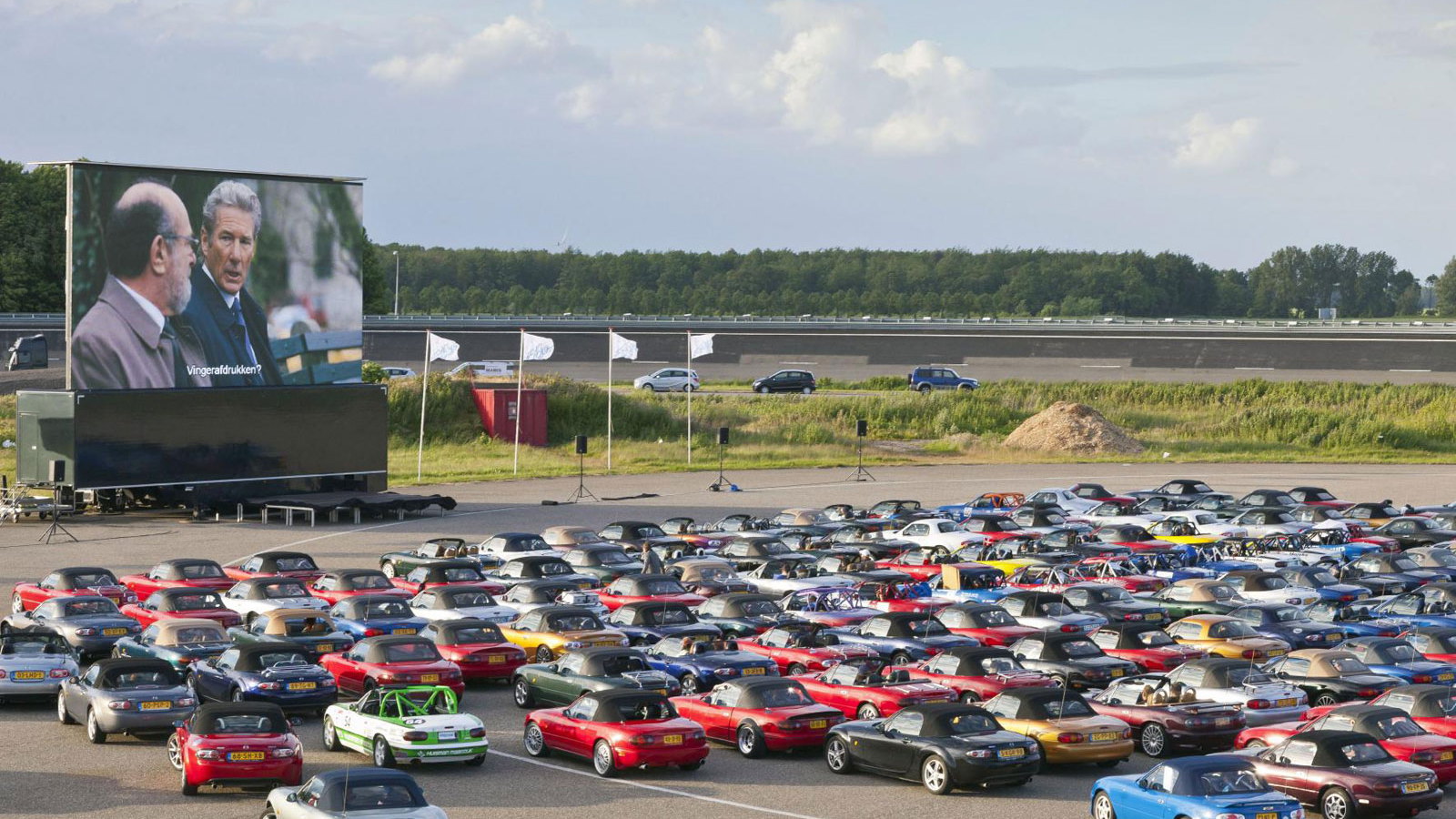 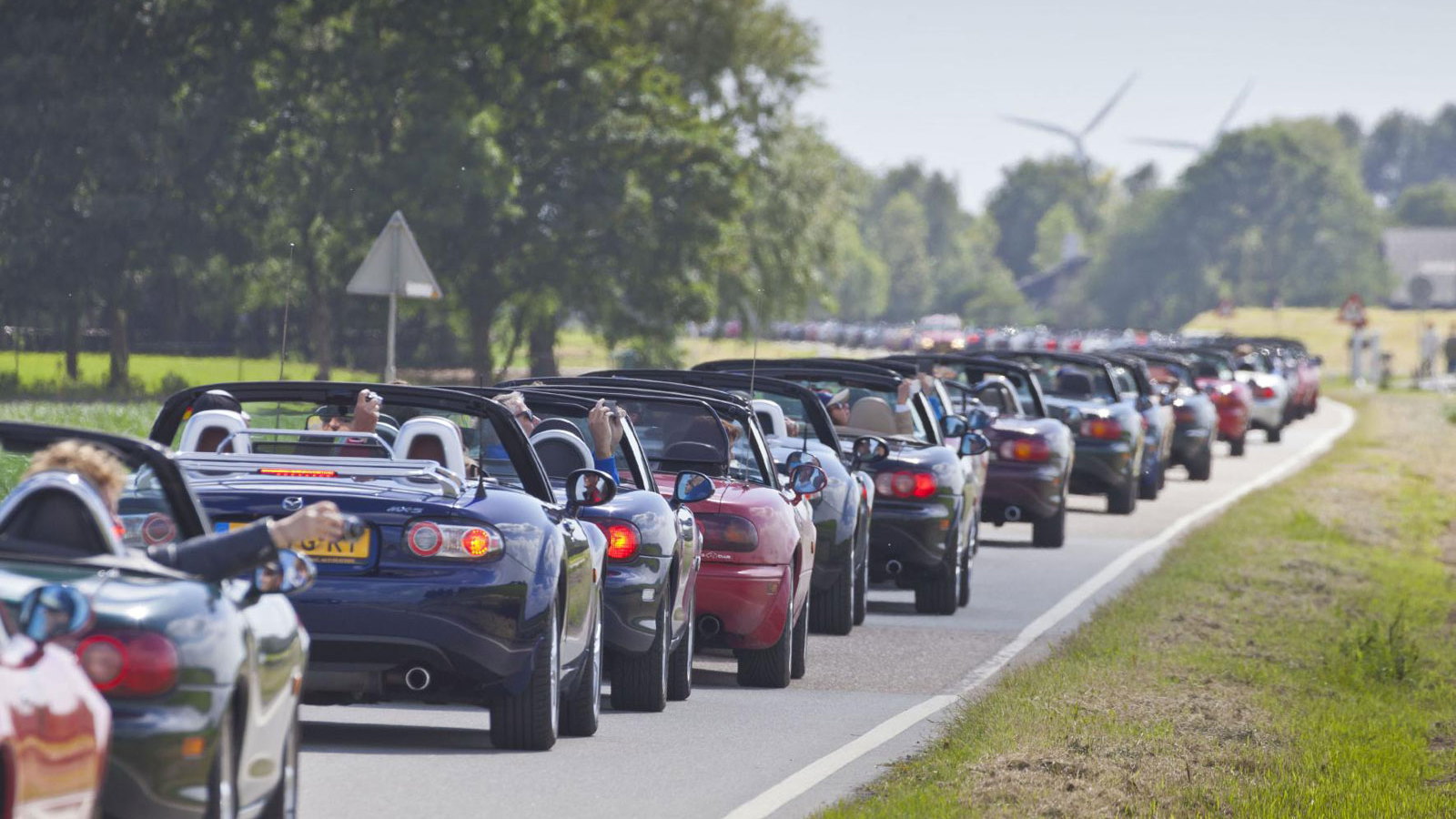 15
photos
Mazda set a new world record over the weekend for the “largest parade of Mazda cars” using its MX-5 Miata sports car. A total of 683 MX-5s joined a procession organized by the automaker in Lelystad, the Netherlands, forming the longest parade of driving Mazdas ever and shattering the previous record of 459 cars set in 2010 in Essen, Germany.

The procession  was led by a third-generation MX-5 (NC) race car, driven by Dutch television presenter Allard Kalff and with Mazda’s European boss Jeff Guyton in the passenger seat.

At the end of the day, about 250 cars still present joined to form a large drive-in cinema. Prior to the showing, the viewers were asked to pick from three films. The owners cast their vote by blowing their horn to indicate their preferred film. The loudest ‘vote’ was cast for Arbitrage with Richard Gere in the starring role.

Note, Mazda’s MX-5 is already in the record books for  being the world’s most popular sports car. It first achieved the record back in 2000 when total sales reached 531,890 cumulative units, and with the launch of the fourth-generation MX-5 (ND) next year we could see the one million mark finally surpassed.