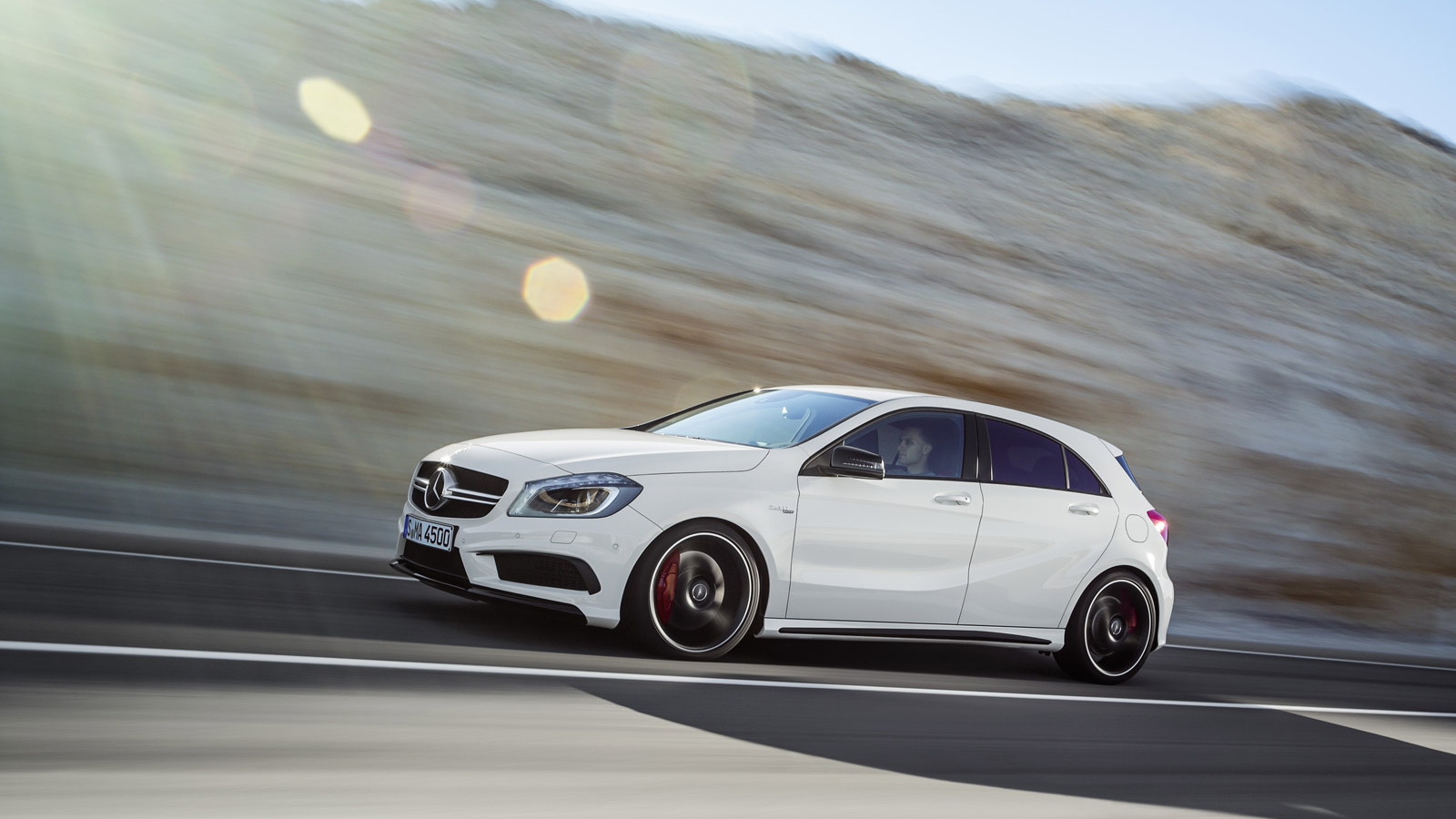 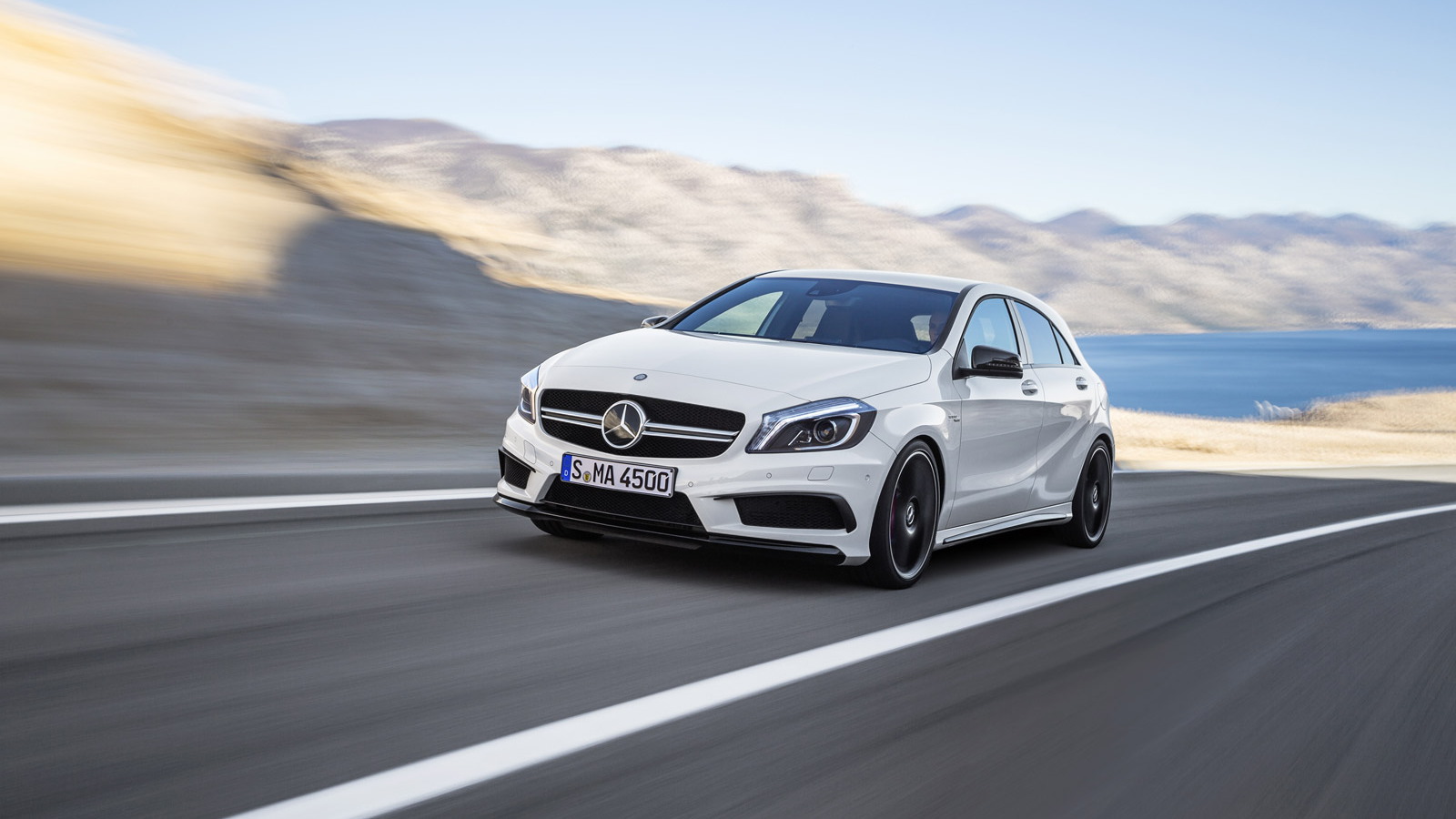 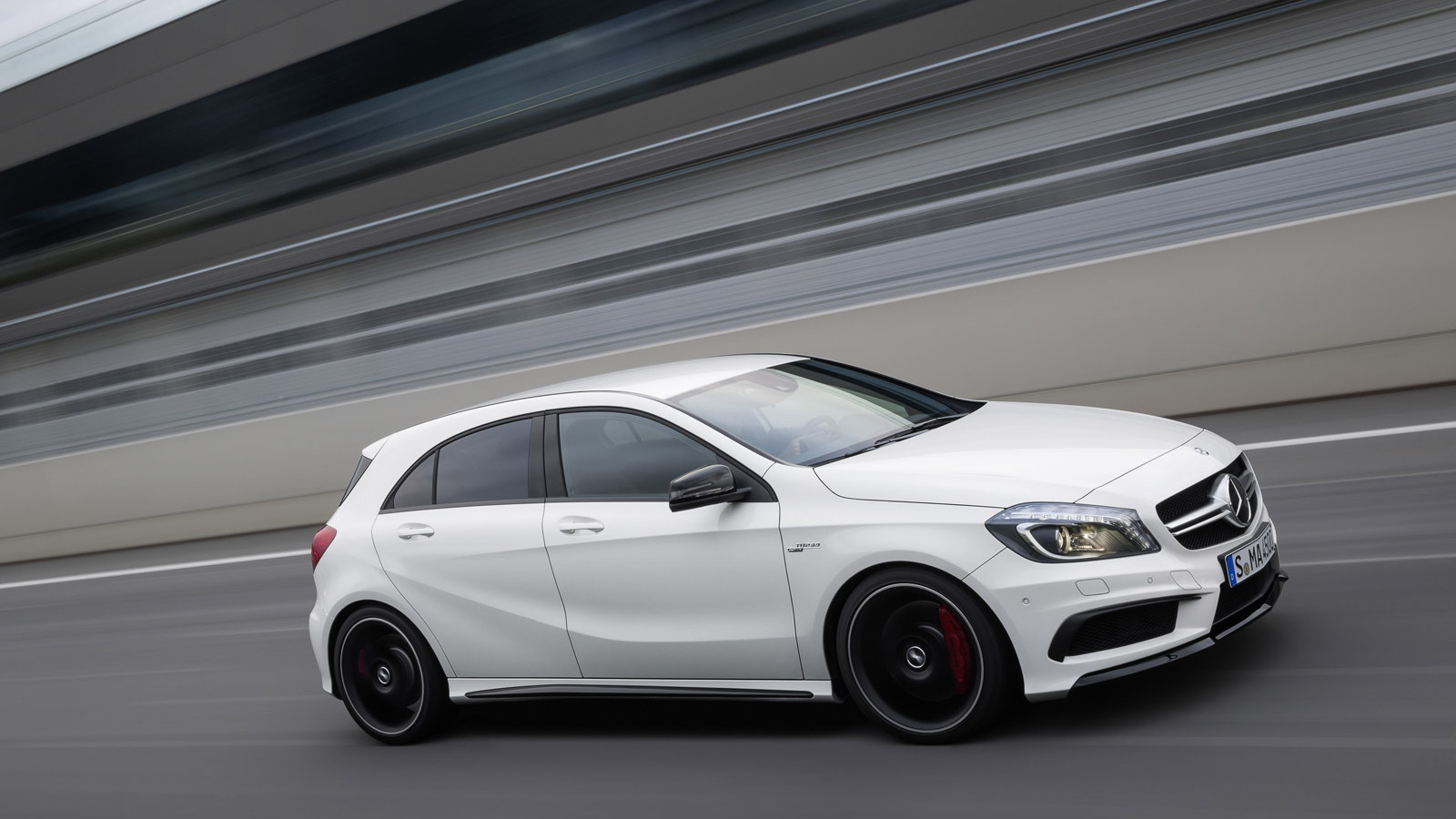 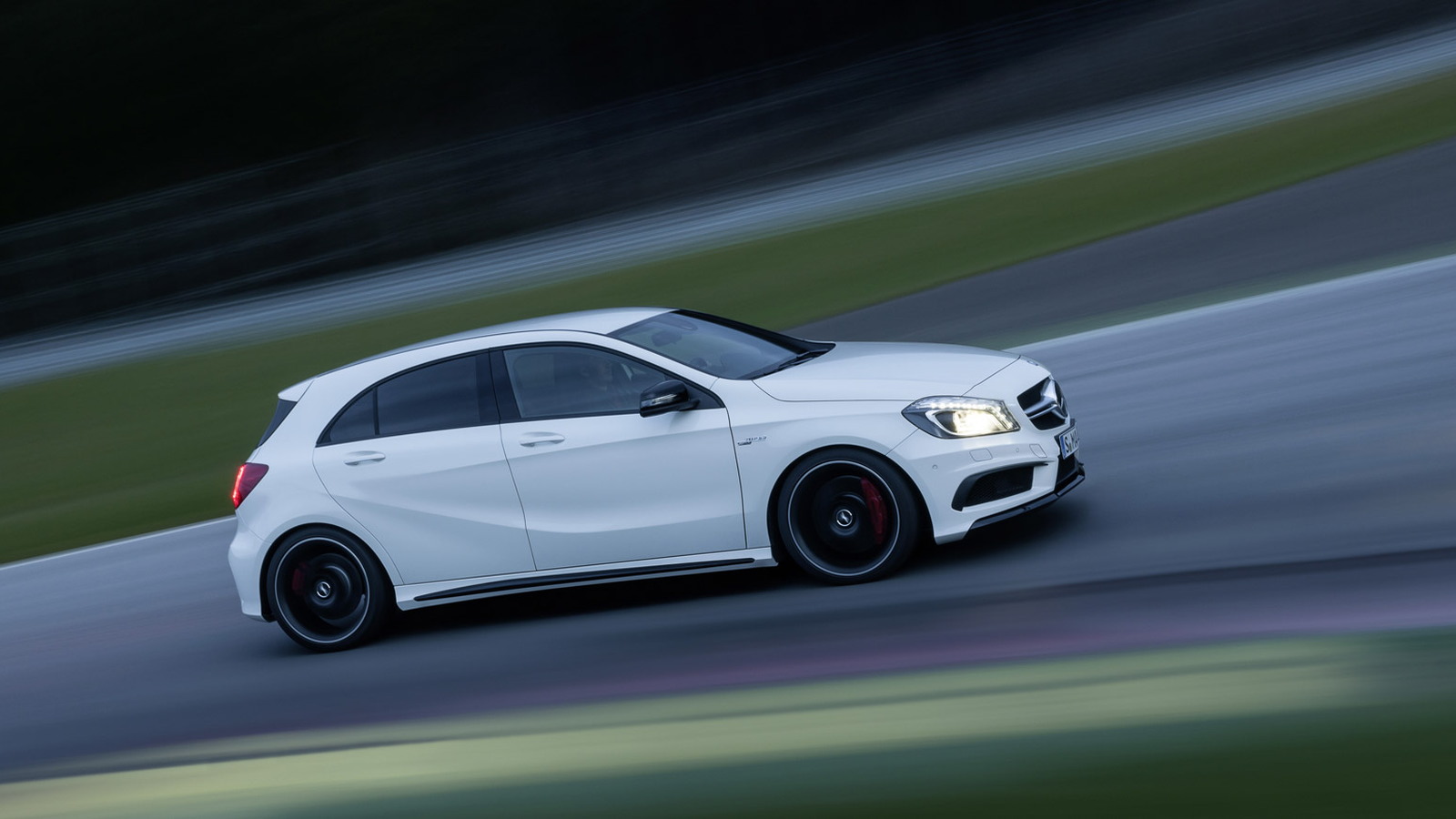 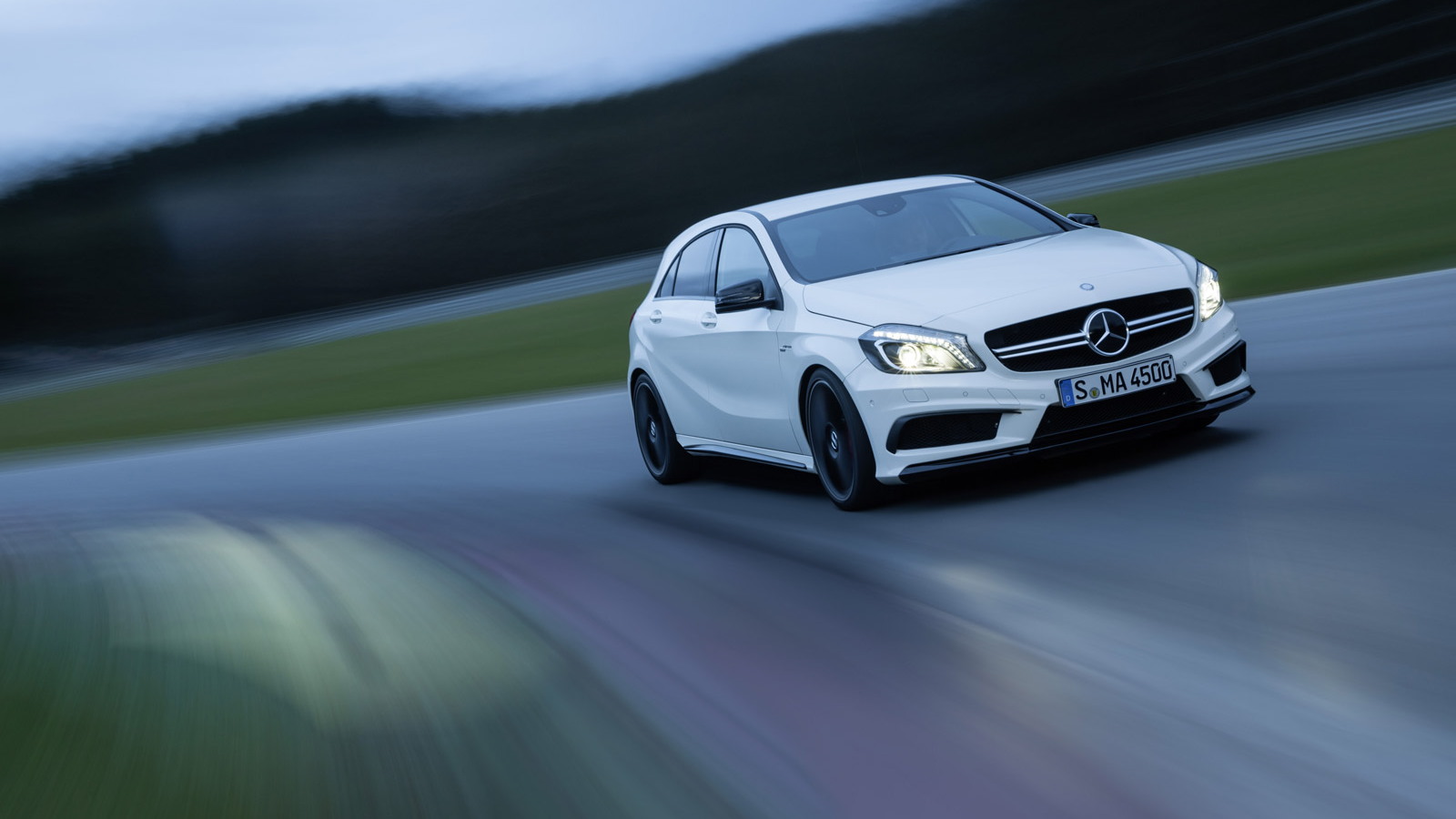 13
photos
Mercedes-Benz is poking a little fun at itself with its latest advertisement for the A45 AMG model sold overseas. It has recruited its Formula One drivers Lewis Hamilton and Nico Rosberg for the ad, which has the two arguing over who gets to drive the new hot hatch.

Hamilton starts off behind the wheel, but an encounter with a mysterious wish-granting fairy on a deserted stretch of road provides Rosberg, who starts off in the passenger seat, with a chance to become the driver.

Hamilton then wishes himself back in the driver's seat but in the end the good fairy decides for them.

Sadly for U.S. readers, the A45 AMG remains forbidden fruit. Its potent drivetrain, however, is available in the car’s sedan cousin, the new CLA45 AMG, which goes on sale later this year, priced from a very reasonable $48,375.

Under the hood of both cars is a turbocharged and direct-injected 2.0-liter four-cylinder engine, which develops 355 horsepower and 332 pound-feet of torque. Drive is sent to all four wheels via an AMG SPEEDSHIFT DCT seven-speed dual-clutch transmission and according to Mercedes, both the A45 AMG and CLA45 AMG need just 4.5 seconds to reach 60 mph. Top speed is limited to 155 mph.

A second ad for the A45 AMG is featured below.