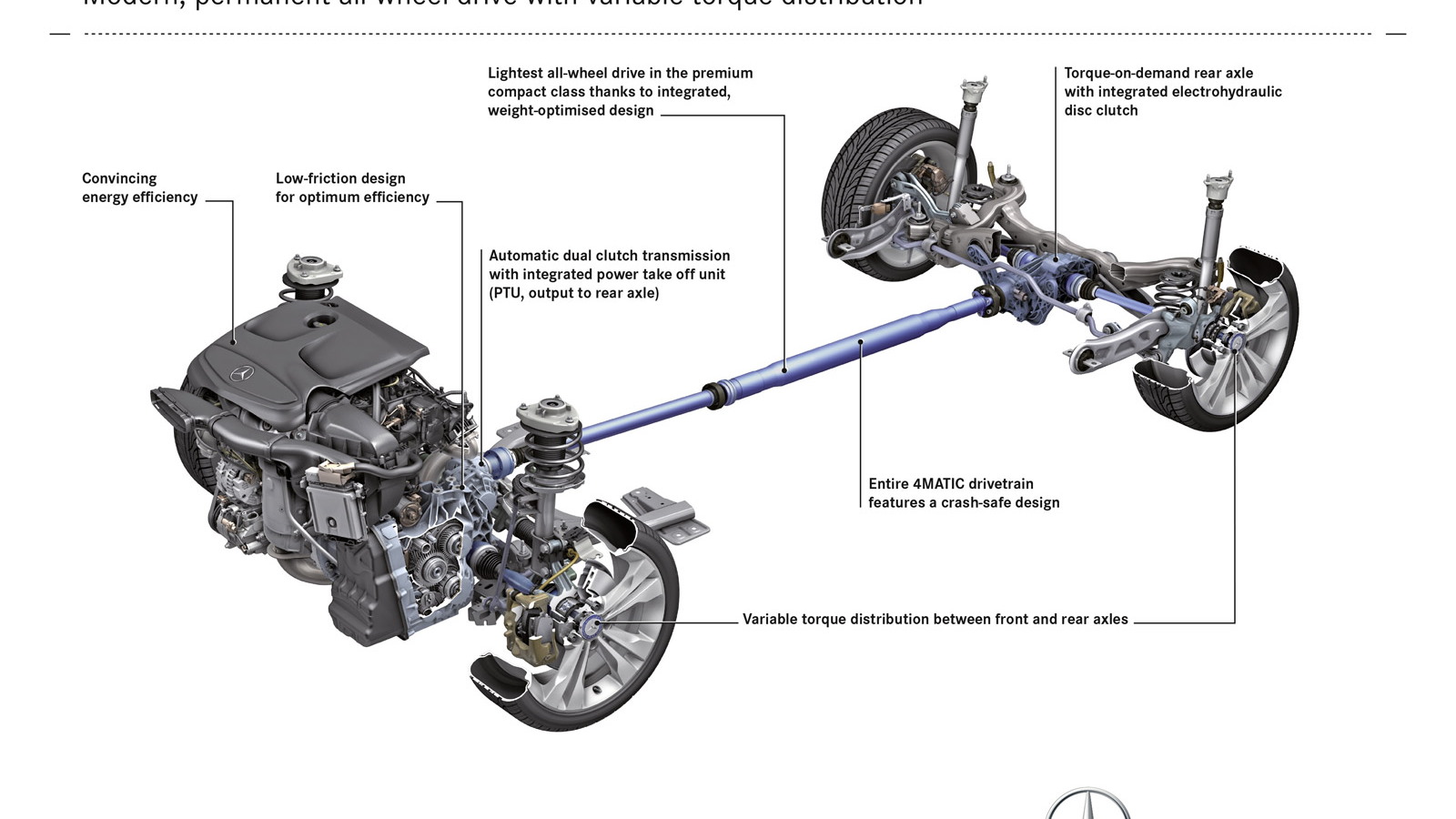 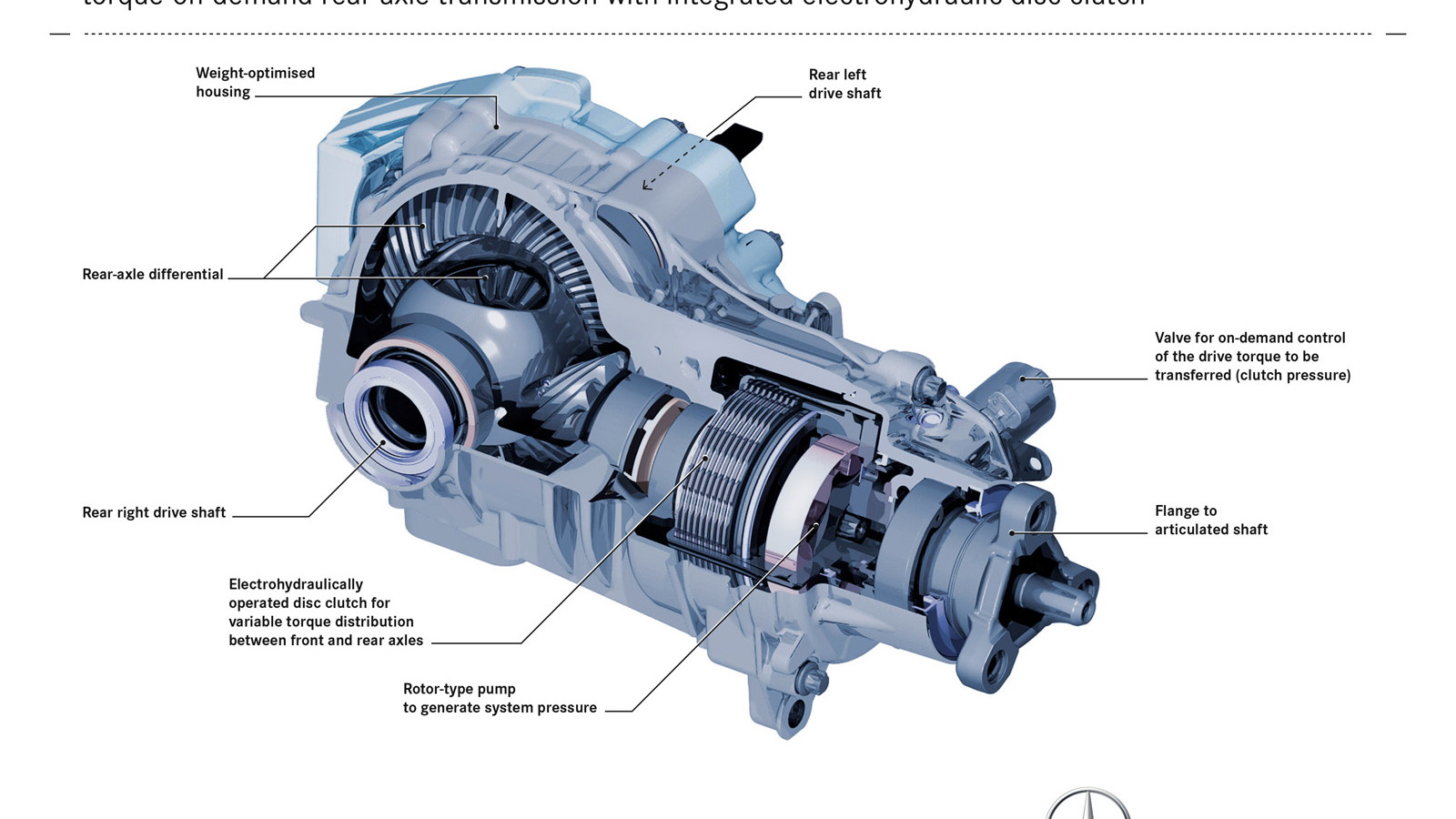 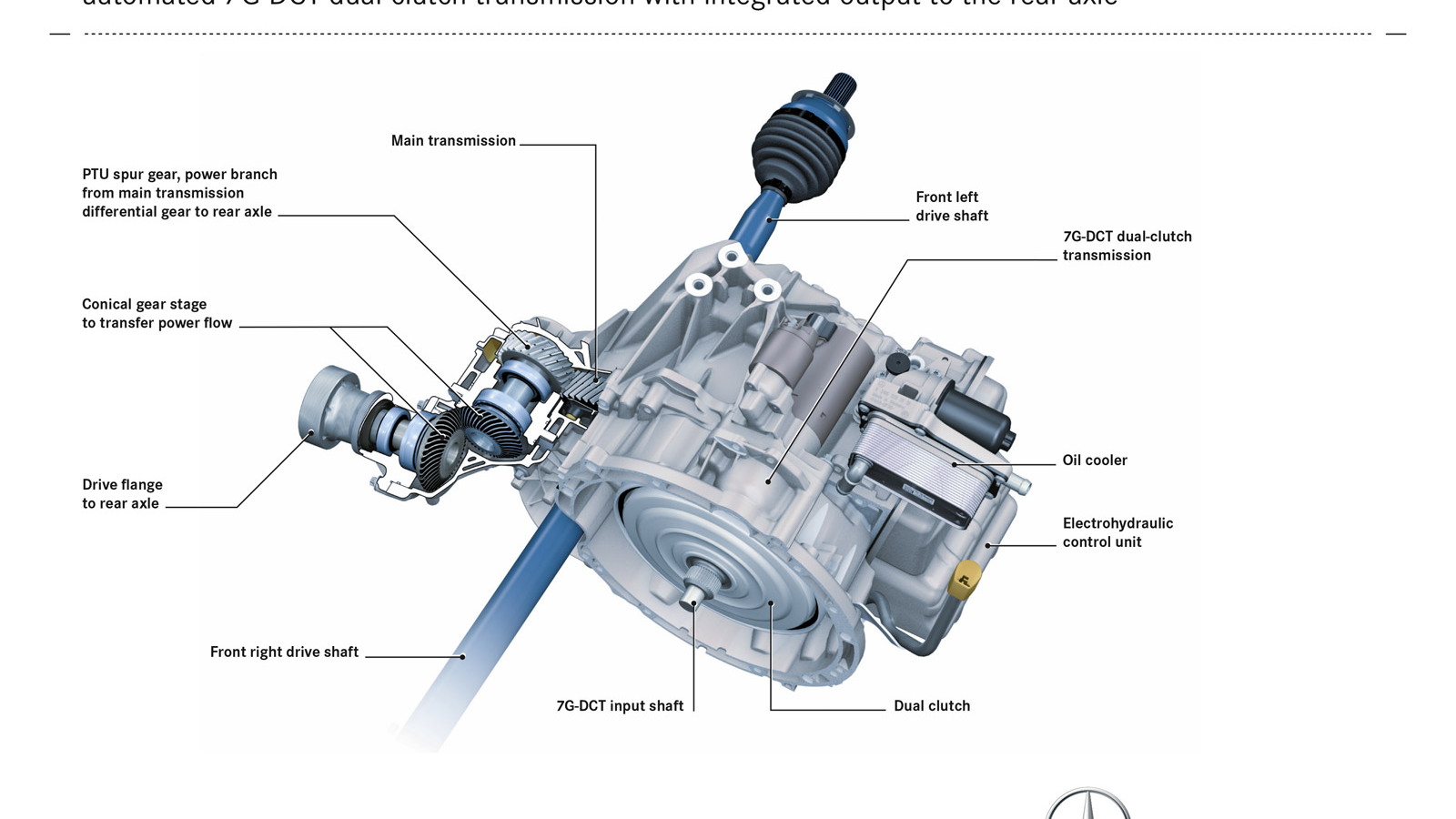 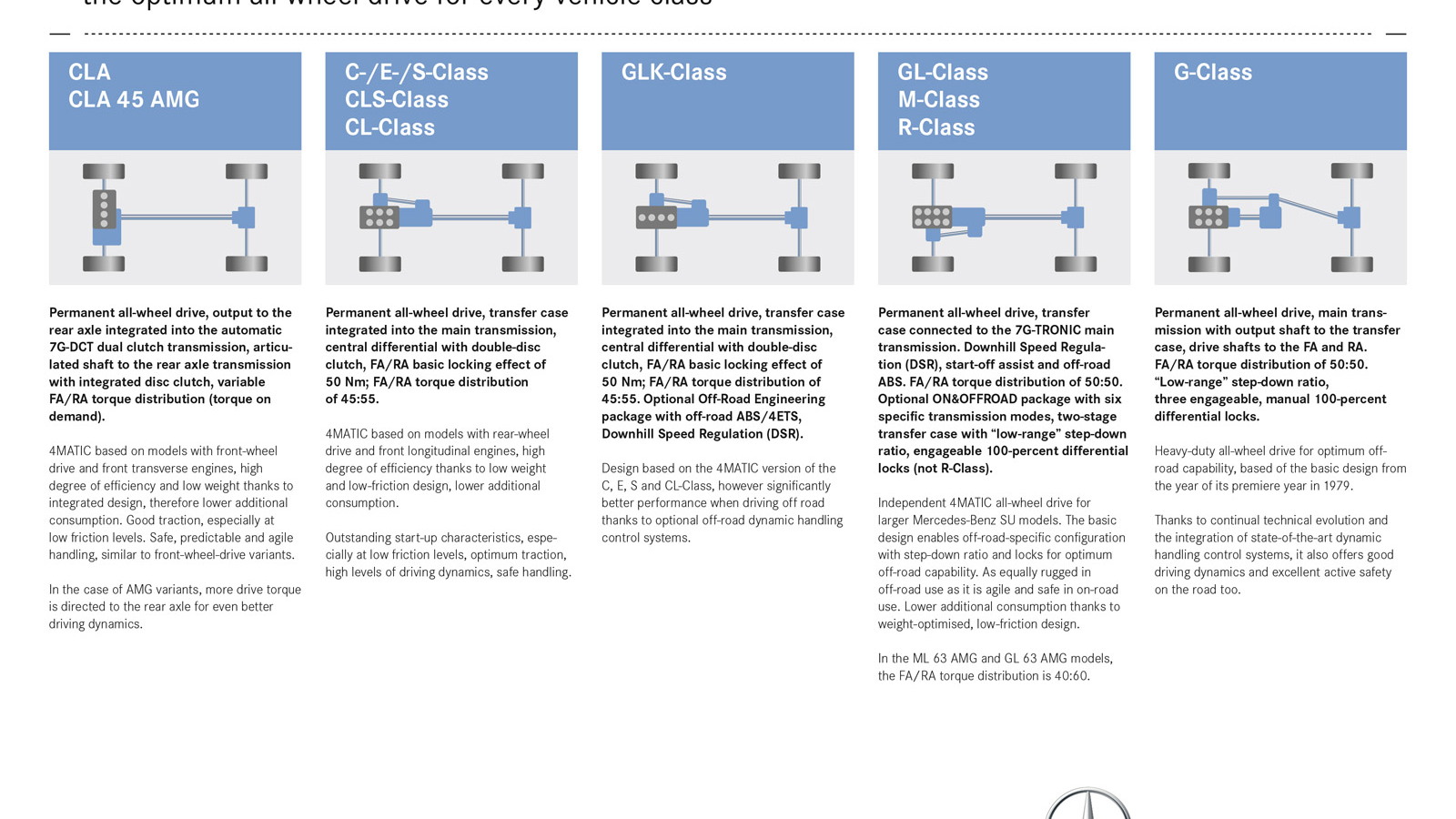 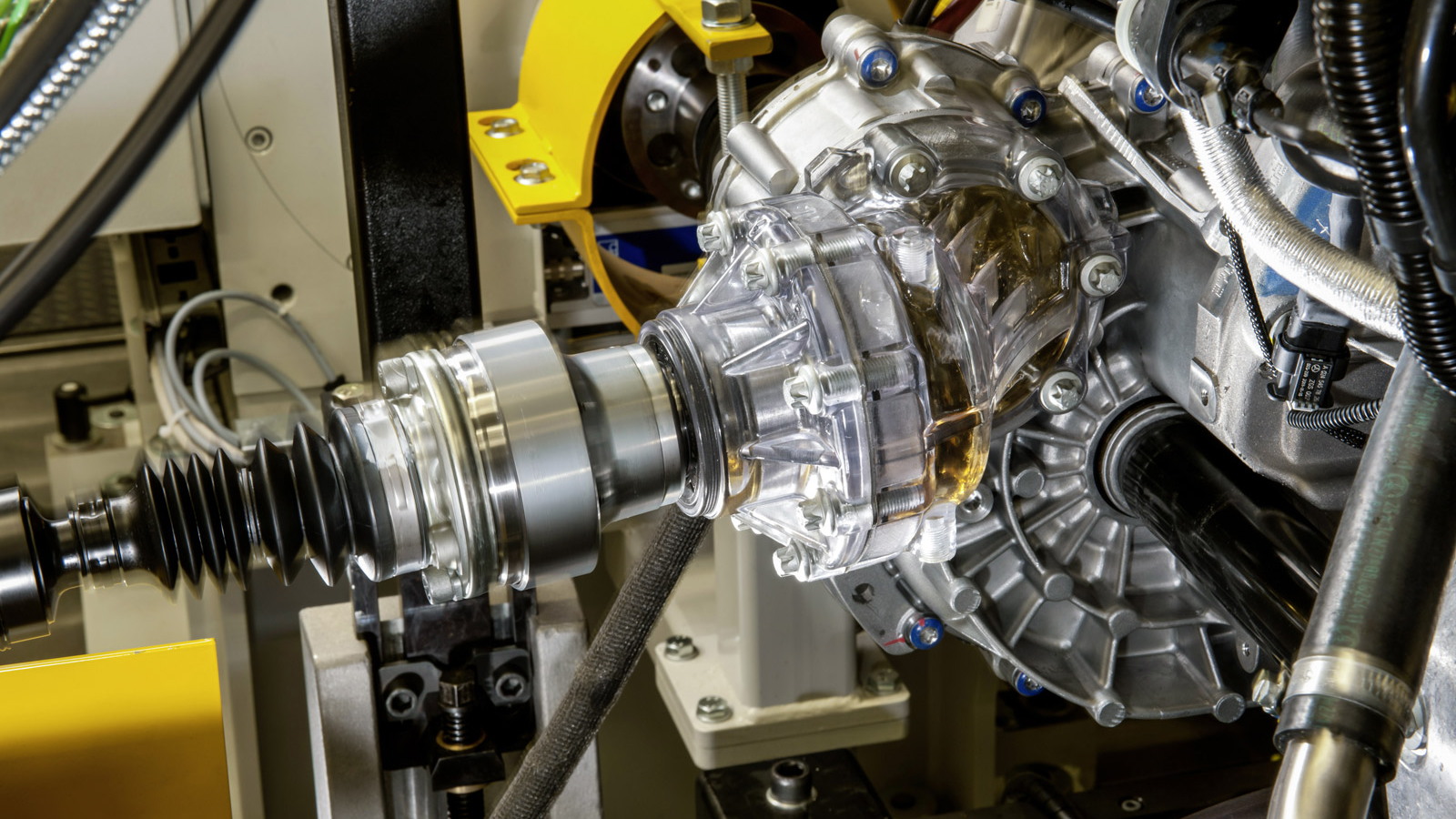 8
photos
Mercedes-Benz already sells a pair of compact cars outside the U.S. in the form of the A Class hatch and B Class MPV, both of which come standard with front-wheel drive. However, when the automaker launches its first compact model in the U.S., the 2014 CLA Class sedan, the car will come with a new version of Mercedes’ 4MATIC all-wheel-drive system designed specifically for cars with transversely mounted engines.

The new CLA Class is based on the same front-wheel-drive platform underpinning the A Class and B Class, but will come with all-wheel drive as standard. As Mercedes has never offered 4MATIC on its front-drivers, a new system needed to be developed.

The new system relies on a proven design that integrates the rear axle driveshaft with the transmission, which in the case of Mercedes’ new compact family is a seven-speed dual-clutch unit. The system also features an electrohydraulically controlled multi-disk clutch at the rear, which enables fully variable distribution of the drive torque between front and rear axle.

Basically, when the multi-disk clutch is open, the vehicle is driven almost exclusively by the front axle. When the clutch is closed, the rear axle comes into play. The drive torque can be shifted in fully variable mode between front and rear axle according to the given situation. At the extremes, up to 90 percent of torque can be sent to the rear, while 100 percent can be sent to the front wheels.

This is different to Mercedes' 4MATIC system based on its rear-wheel-drive lineup. With these, there is a 45:55 torque split between the front and rear axles during normal conditions and up to 70 percent can be directed to either axle as required.

The variability of torque will allow for different driving modes in the new compact range, switchable via a button on the dash. In “ECO” mode, less torque is channeled to the rear axle, resulting in gentler handling and supporting an economical driving style at lower revs. In “SPORT” or “MANUAL” mode, the activation times are shortened and more torque is distributed to the rear axle.

On the AMG versions (a new CLA45 AMG and A45 AMG, the latter to be offered overseas only), the system applies more torque to the rear to give the cars a rear-biased feel. The 4MATIC system featured on the AMG models is also linked to AMG’s three-stage electronic stability control system.

The 2014 Mercedes-Benz CLA Class makes its debut next month before going on sale next summer. Due shortly after is the high-performance CLA45 AMG model, and around the same time the A45 AMG will also go on sale overseas.