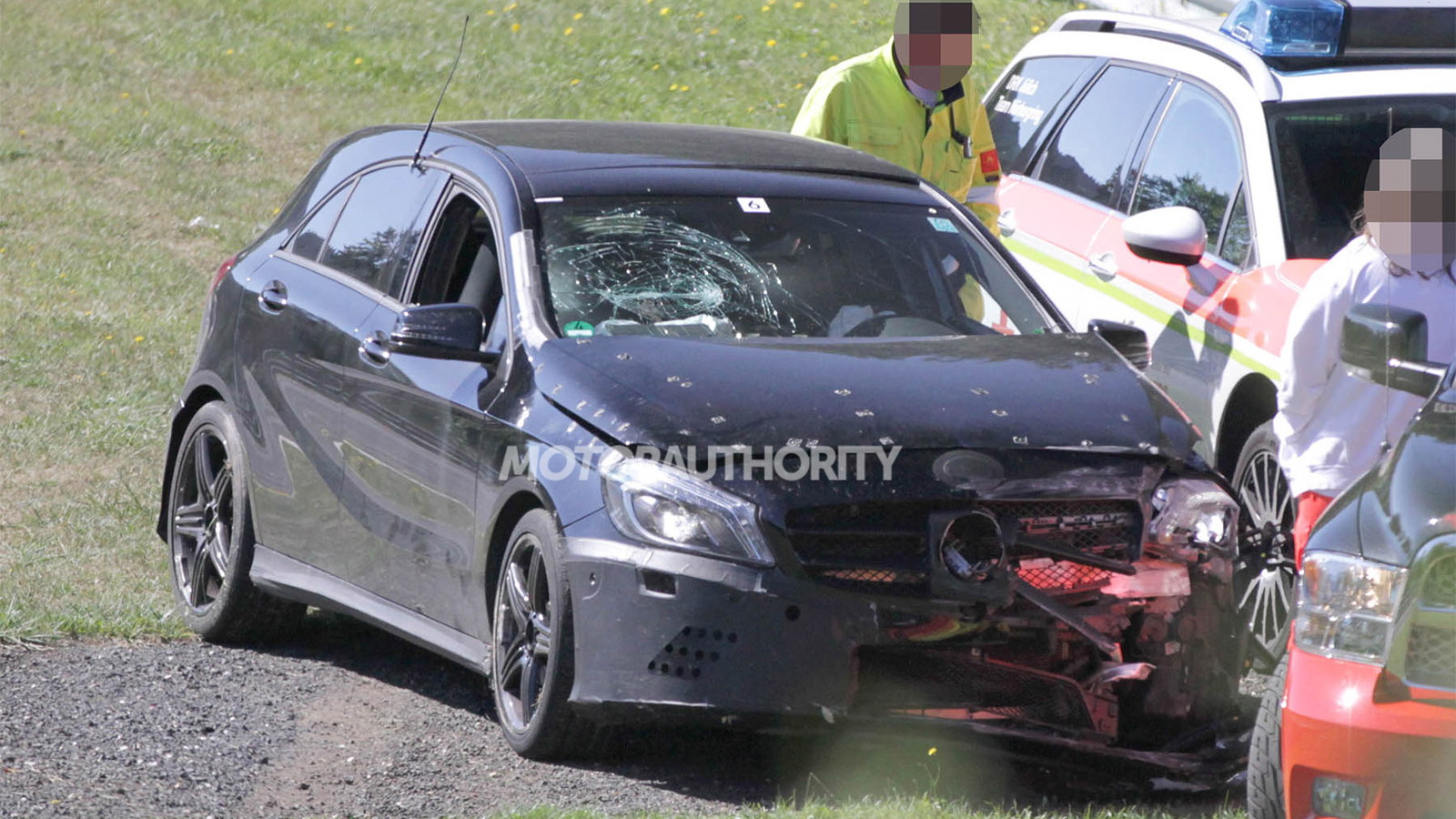 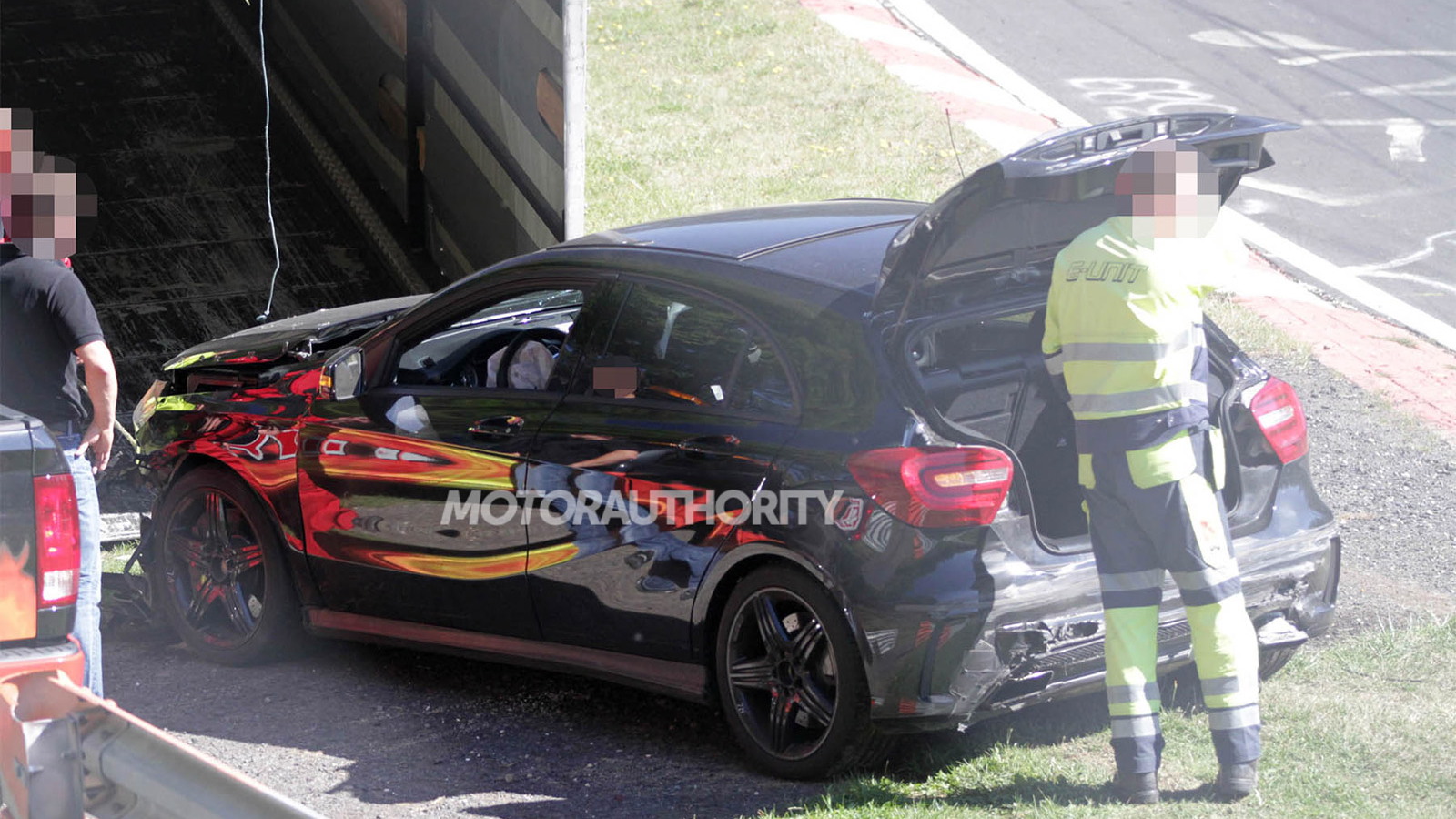 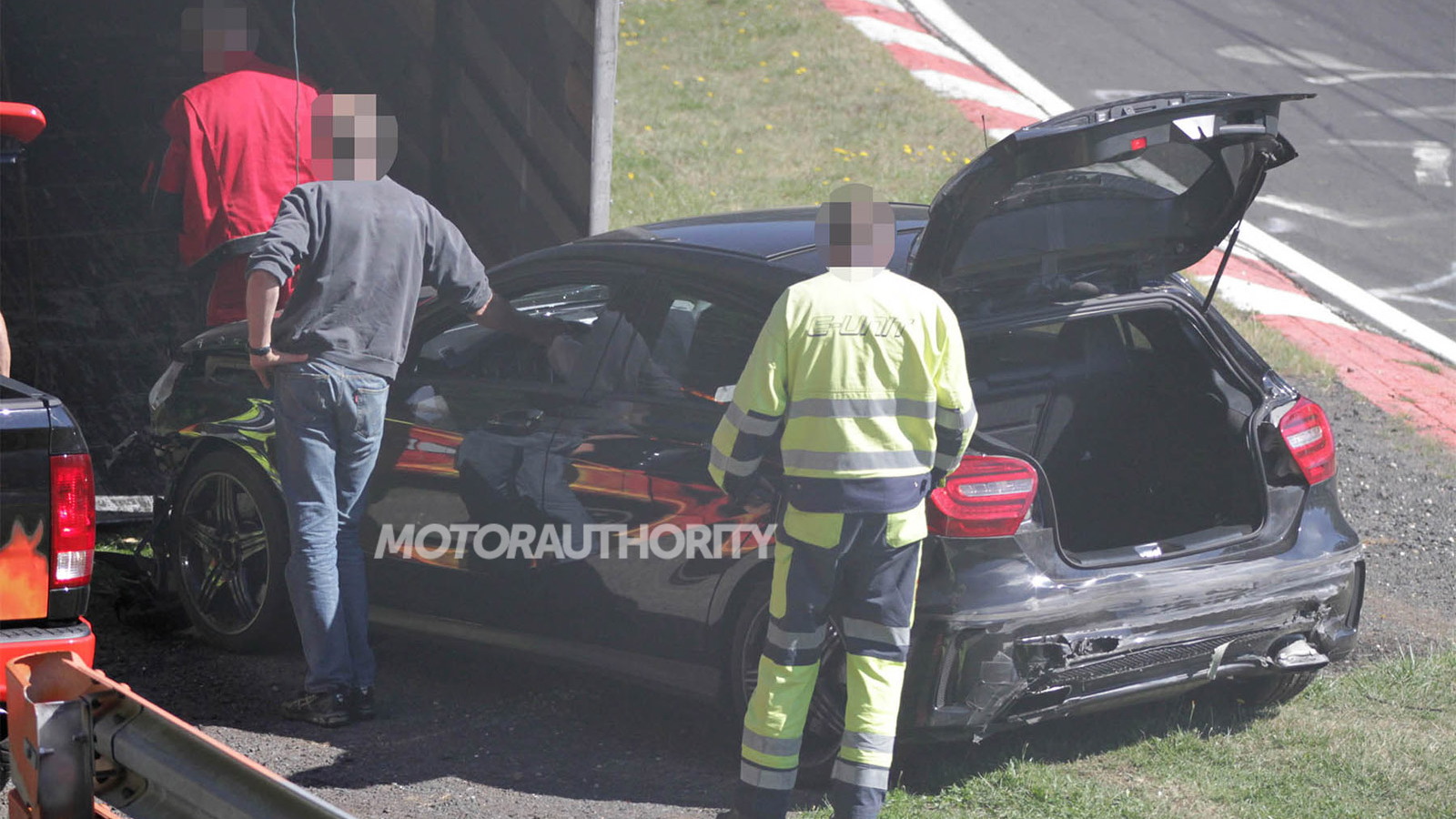 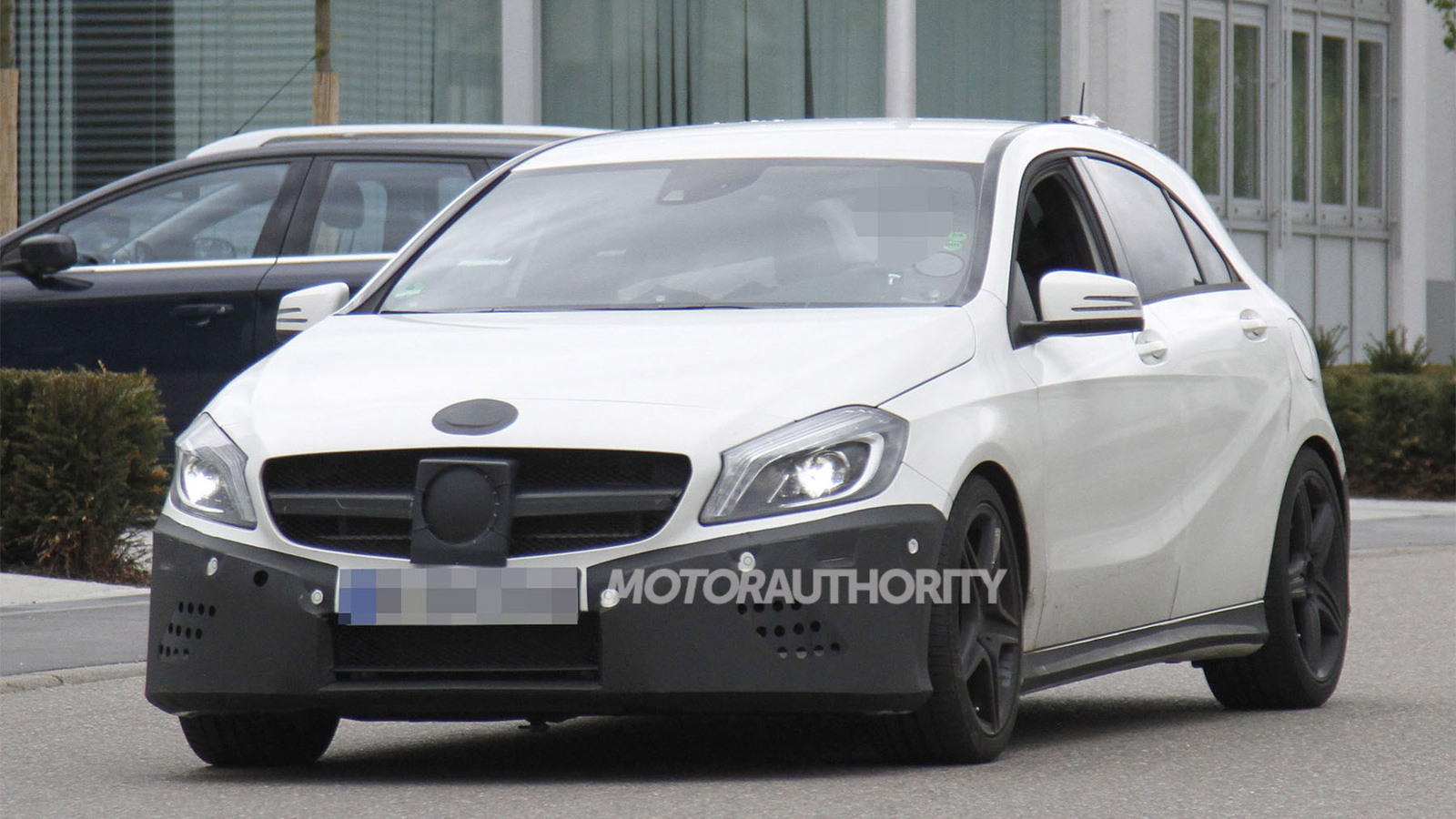 19
photos
We’ve known for a while that Mercedes-Benz is planning a high-performance AMG variant of its third-generation A Class, destined to be the Affalterbach tuner's first hot hatch, and now we have a new batch of spy shots of a prototype, which unfortunately has taken a turn for the worse while conducting some high-speed tests at the Nürburgring.

The prototype you see here looks very similar to the new A Class, however, look closer and you'll notice sportier exhaust tips, uprated brakes and wheels, and what looks to be bigger intakes in the front bumper.

Previously spotted testing alongside a Volkswagen Golf R, it’s obvious the benchmark AMG engineers are using to develop the car.

In standard trim, the new A Class is available with a wide variety of gasoline and diesel engines, ranging from a 1.8-liter turbodiesel with 109 horsepower, to the 211-horsepower A250 with its turbocharged gasoline four-cylinder. Power in the new AMG variant, which will be called the A45 AMG when it goes on sale overseas early in 2013, will come from a unique 2.0-liter turbo four-cylinder expected to deliver more than 330 horsepower and 295 pound-feet of torque.

Drive will be sent to all four wheels via an AMG SPEEDSHIFT DCT seven-speed dual-clutch transmission, and ensuring the car handles well will be a custom sports suspension setup with independently developed front and rear axles, as well as electromechanical AMG speed-sensitive steering.

Performance of the A45 AMG should be scintillating, as you’d expect from a vehicle wearing the AMG badge. The 0-60 mph time should come in at 5.0 seconds or less, and while top speed is likely to be limited to 155 mph there may be upgrades offered to raise this limit.

Look for a debut of the new Mercedes-Benz A45 AMG at the Paris Auto Show later this month.

Sadly, there are no plans to introduce the car to the U.S. However, that there will be hotted-up AMG versions of Mercedes' other compacts, and at least one of these is expected to land in the U.S. This will be an AMG version of the upcoming CLA four-door coupe (previously referred to as the CLC), which is likely to be called the CLA45 AMG and has also been spied in prototype form.