The Jaguar E-Type is nothing less than a legend, a classic, a car that stands alone.

And striking cars should come with startling stories.

A certain Jaguar 1968 E-Type Coupe offered for sale in Rockville, Maryland, has that, in spades: In its 45 years, it has been loved, abducted, found, denied, shot, rescued, and then ignored.

According to the eBay listing (via the always entertaining Bring A Trailer), the '68 XK-E Coupe ("NOT a 2+2") had been owned since new by one man.

It was stolen after it was put into storage in the late Eighties, and not located for two years.

When he did find it, the shop wouldn't give it back, and before he was able to reclaim it, someone shot out the windows.

At a later point in its life, it was stored outside--with broken windows--which led to its current condition.

The E-Type's sleek shape, derived from the racing D-Type, brought instant sex appeal to anyone who drove it.

And its legendary appeal is part of why Jaguar has named its latest sports car the F-Type: to capture some of the romance of the car that became an instant icon the day it was unveiled.

Enzo Ferrari himself even called the Jaguar E-Type "the most beautiful car ever made."

The car in Maryland, sadly, will require a bit of surgery before its beauty can be recaptured.

But the photo below may indicate the company we hope it will soon rejoin. 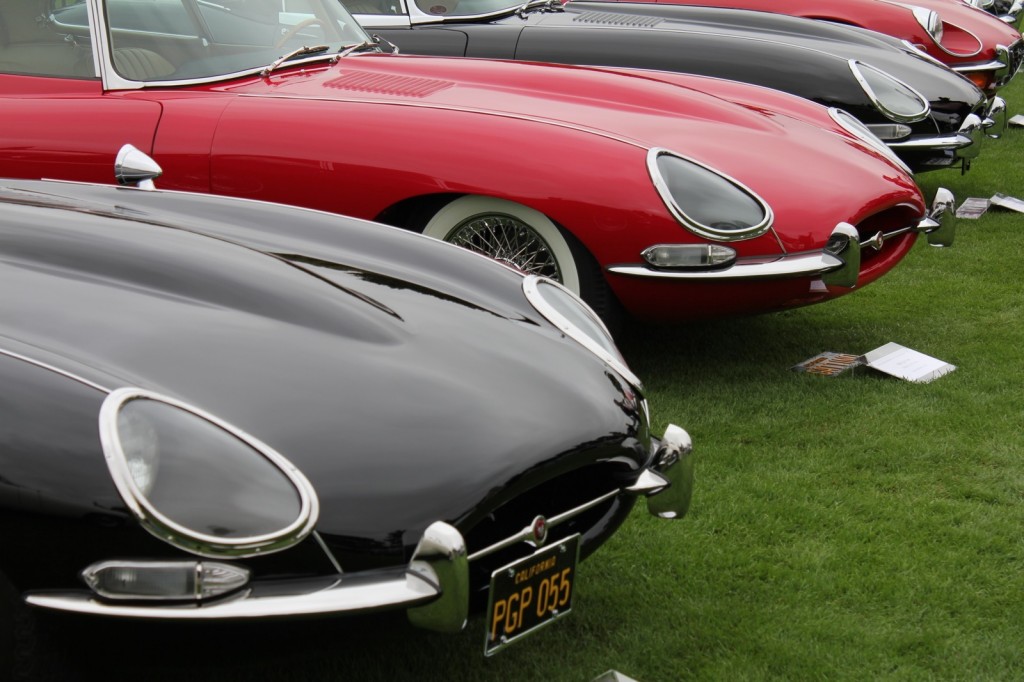