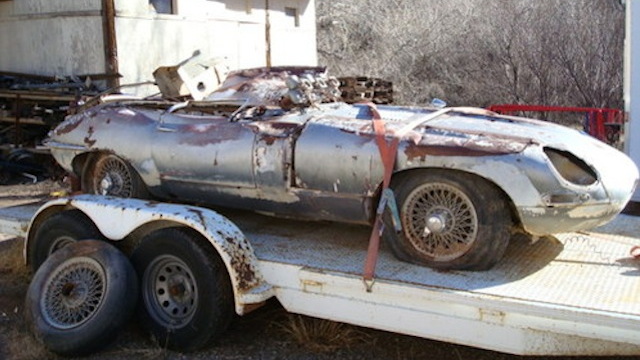 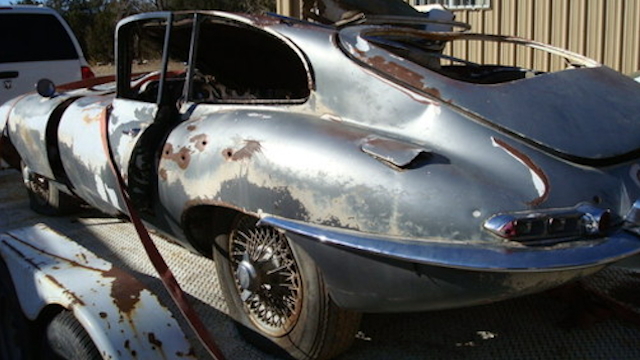 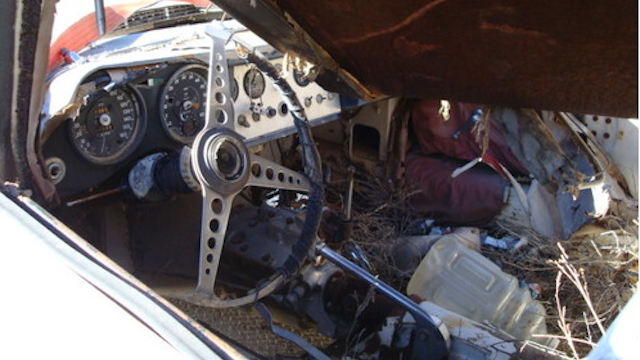 3
photos
If you’re in the market for an early E-Type Jaguar Coupe, you know this as fact: there’s no such thing as an inexpensive example. Even cars in drivable-but-worn condition trade hands in the $25,000 price range, and concours-quality examples are now pushing $80,000.

Finding a numbers-matching 1963 E-Type for under $10,000, then, is as likely as winning the Powerball lottery, after being struck by lightening, while being eaten by a polar bear. Mathematically, we suppose it’s possible, even if it falls into the “not damn likely” category.

One patron of eBay Motors has apparently beaten the odds, winning a 1963 Jaguar E-Type seen on Bring a Trailer (via Autoweek) for just $7,601. Judging from the condition of the car, being eaten by a polar bear may prove to be a more enjoyable (and less costly) experience than restoring this particular Jaguar.

Details are somewhat sketchy, as the car was recovered by the seller. In fact, per his description, it was “pulled out of the hills around Santa Fe, New Mexico.” As a salvage vehicle, it was sold under a bill of sale only, which could make titling the car difficult in some states.

The car has clearly been rolled at some point, too, and labeling it as in “rough shape” is wildly optimistic. We think the bullet holes on the left rear fender add patina, although we suspect the new buyer will likely have them patched during the extensive bodywork rehabilitation process.

If the car had a documented racing history, or even celebrity ownership, we suppose funding a full restoration could make financial sense. Given the car’s appalling condition, we’re not even sure how many parts can be salvaged, meaning that any restoration will likely be a black hole of spending for the new buyer.