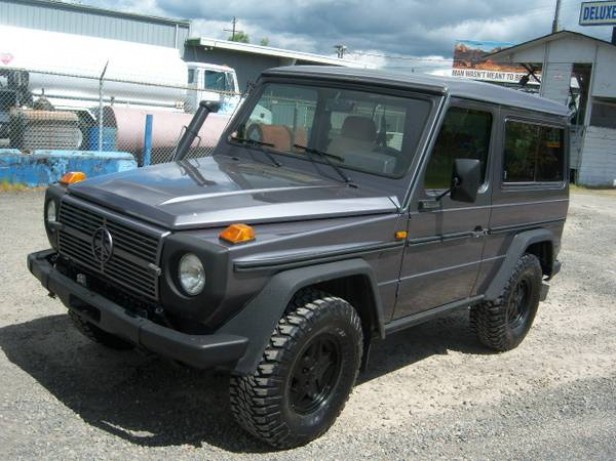 It's not exactly luxurious, and it's not sporty in the on-road sense of the term, but there's something about this 1985 Mercedes-Benz 280GE "rebranded" as a 300GD that makes us want to clear a space in the garage.

The Portland-area seller describes the diesel G as "city tough" and says it's equipped with a pretty comprehensive set of new or refurbished parts, including the 130,000-mile 617A diesel engine from 1985 300SD, a rebuilt transmission, and new paint.

With a "wench" included, this Onyx Gray oil burner is rhino lined on the inside floorboards, but also comes with the original vinyl carpet mats. A set of Recaro seats and a black brush guard are also included, but not installed.