Holden tuner HSV has started its official launch campaign for its upcoming range of high-performance sedans based on the new VF Holden Commodore that goes on sale here later this year as the 2014 Chevrolet SS.

To get the ball rolling, HSV released this single teaser image, which confirms that the new range will be called the Gen-F.

The outgoing range is called the E-Series, with the E signifying that the cars are based on the outgoing VE Commodore.

Not wanting to call its new range of VF Commodore-based cars the F-Series, for obvious reasons, HSV decided to introduce the new Gen-F name.

Naming formalities aside, HSV’s Gen-F range of sedans is expected to become the fastest and most powerful Australian built cars in history--no small feat considering the company’s previous W427 powered by an LS7 7.0-liter V-8 was putting out 505 horsepower.

The most potent in the Gen-F range will be the GTS range-topper, which CarsGuide reports will deliver up to 575 horsepower and 545 pound-feet of torque from a supercharged 6.2-liter V-8. Given the specs, the engine most likely will be the LSA fitted to the Chevrolet Camaro ZL1.

This also bodes well for the Chevy SS, which may eventually offer the LSA option as well.

Other HSV models such as the ClubSport and ClubSport R8 will also be renewed, though these models will likely retain their respective outputs of 425 and 435 horsepower. There’s been no mention of a new Grange based on the luxury-spec long-wheelbase Commodore, though an SV Enhanced model has been reported and is said to receive a 455-horsepower rating.

Six-speed manual and automatic transmissions should continue to be offered, as should ute and wagon bodystyles. Other performance upgrades will include an electronic limited-slip differential, five levels of steering and suspension adjustment, and Continental tires.

The full lineup of Gen-F models should also receive unique styling treatments to differentiate them from the regular Commodore, though the design isn’t expected to be as polarizing as that on the outgoing range (pictured below in GTS trim).

HSV’s Gen-F range will go on sale in Australia in July, though the range-topping GTS model isn’t expected to be available until one month later. 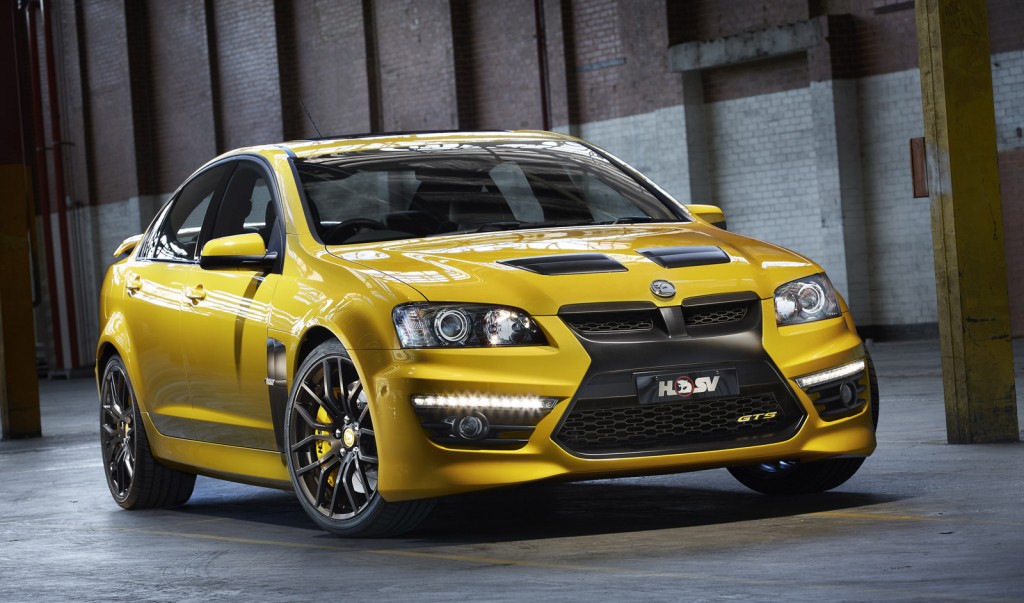