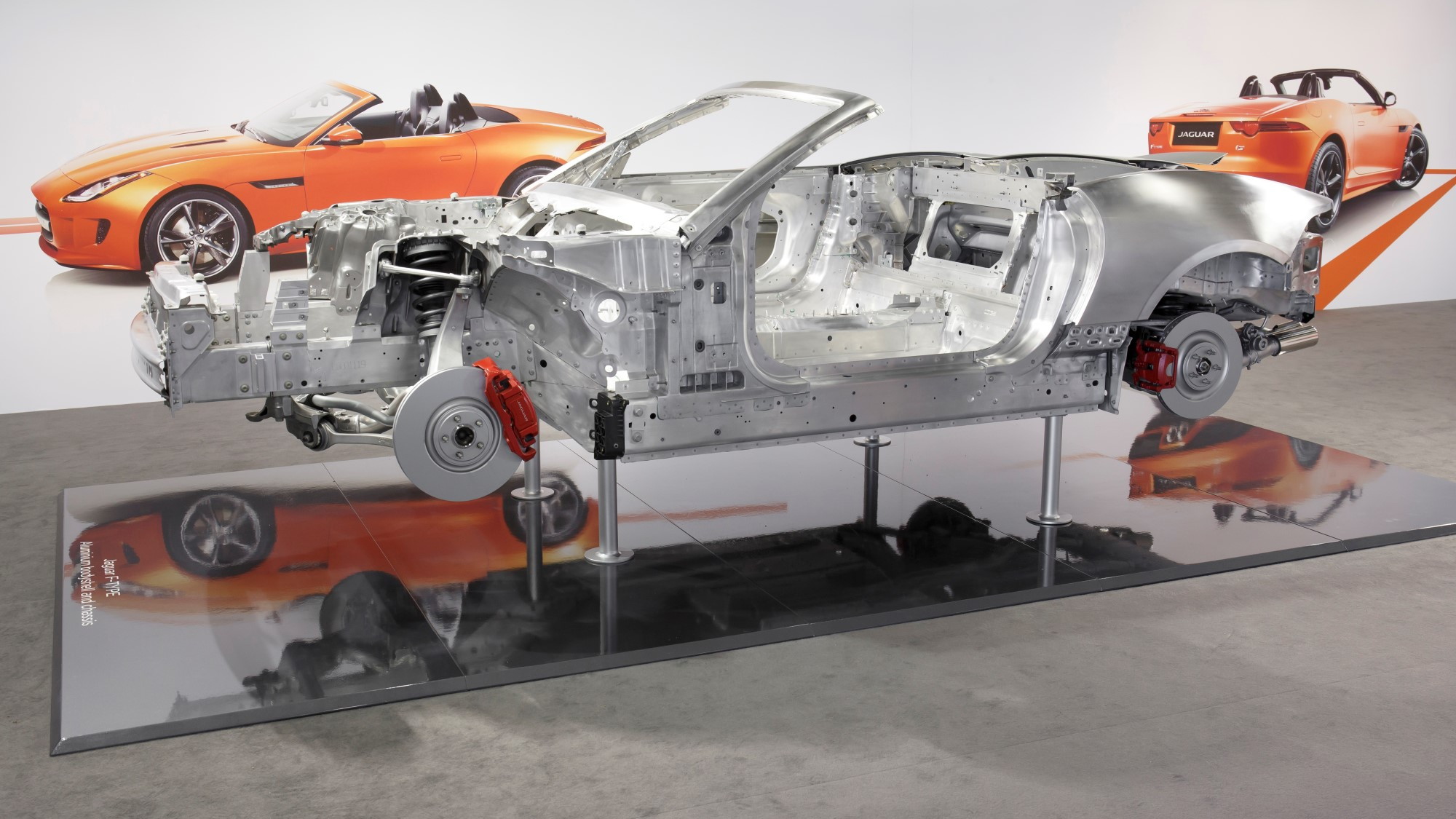 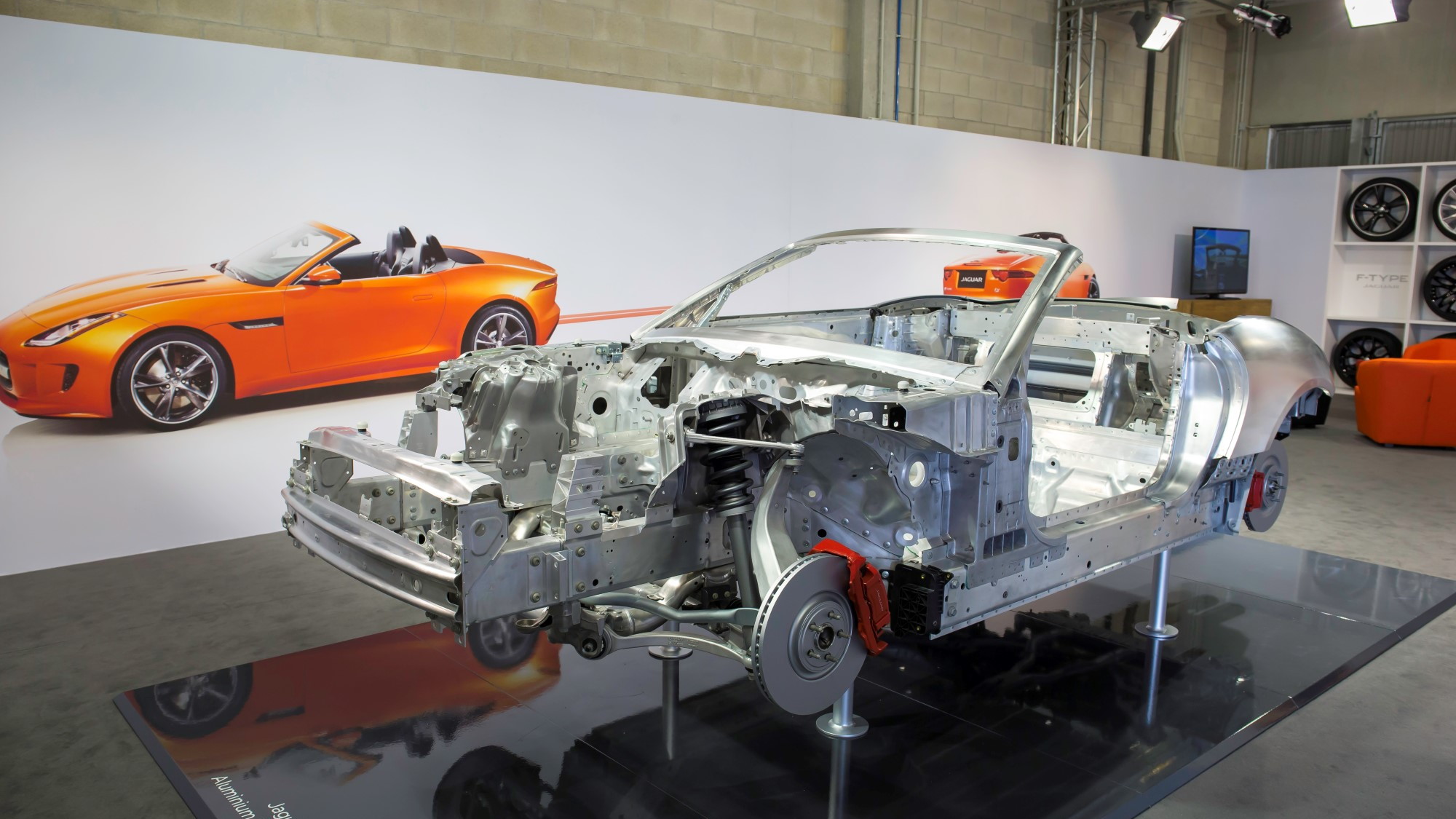 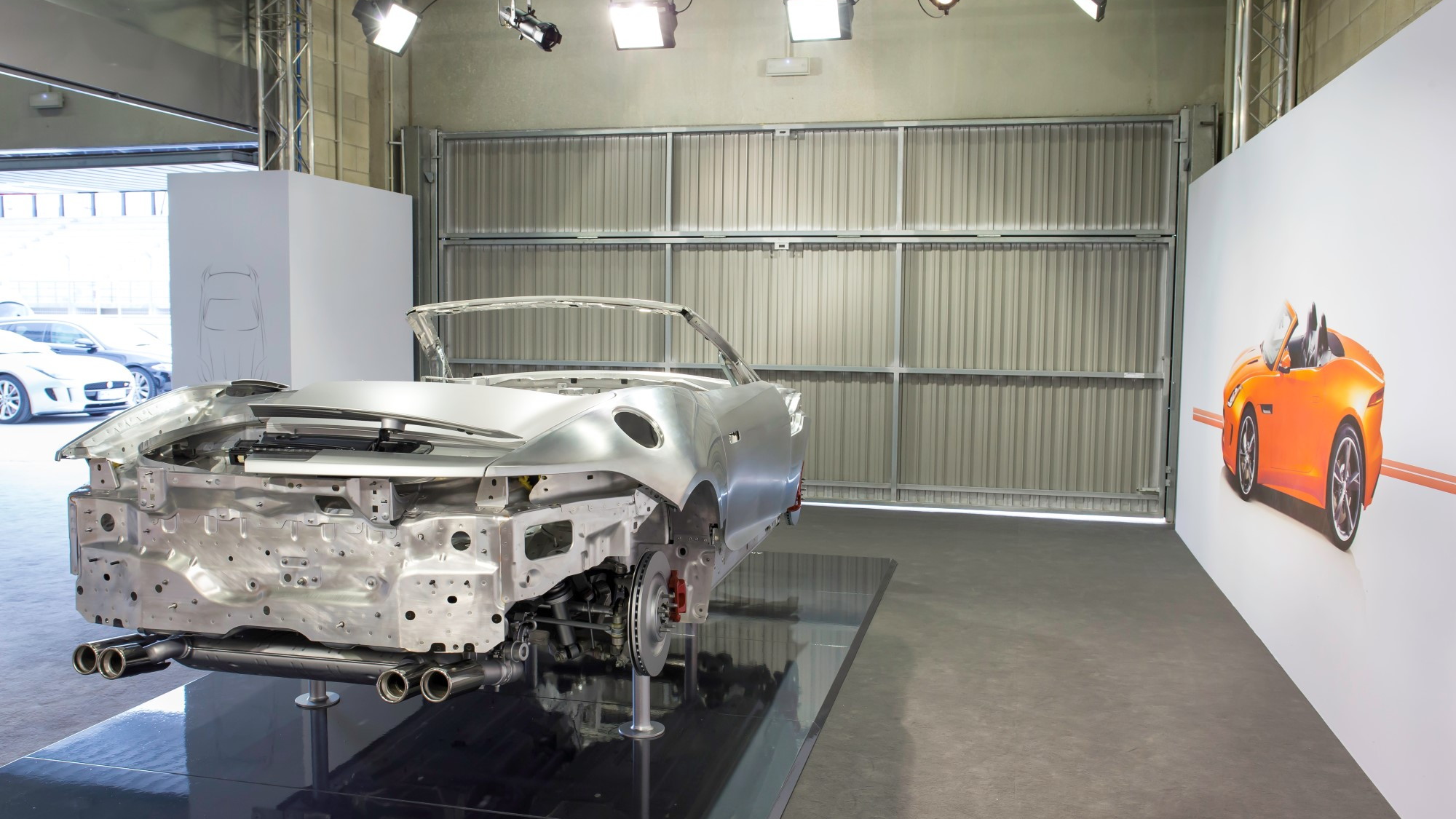 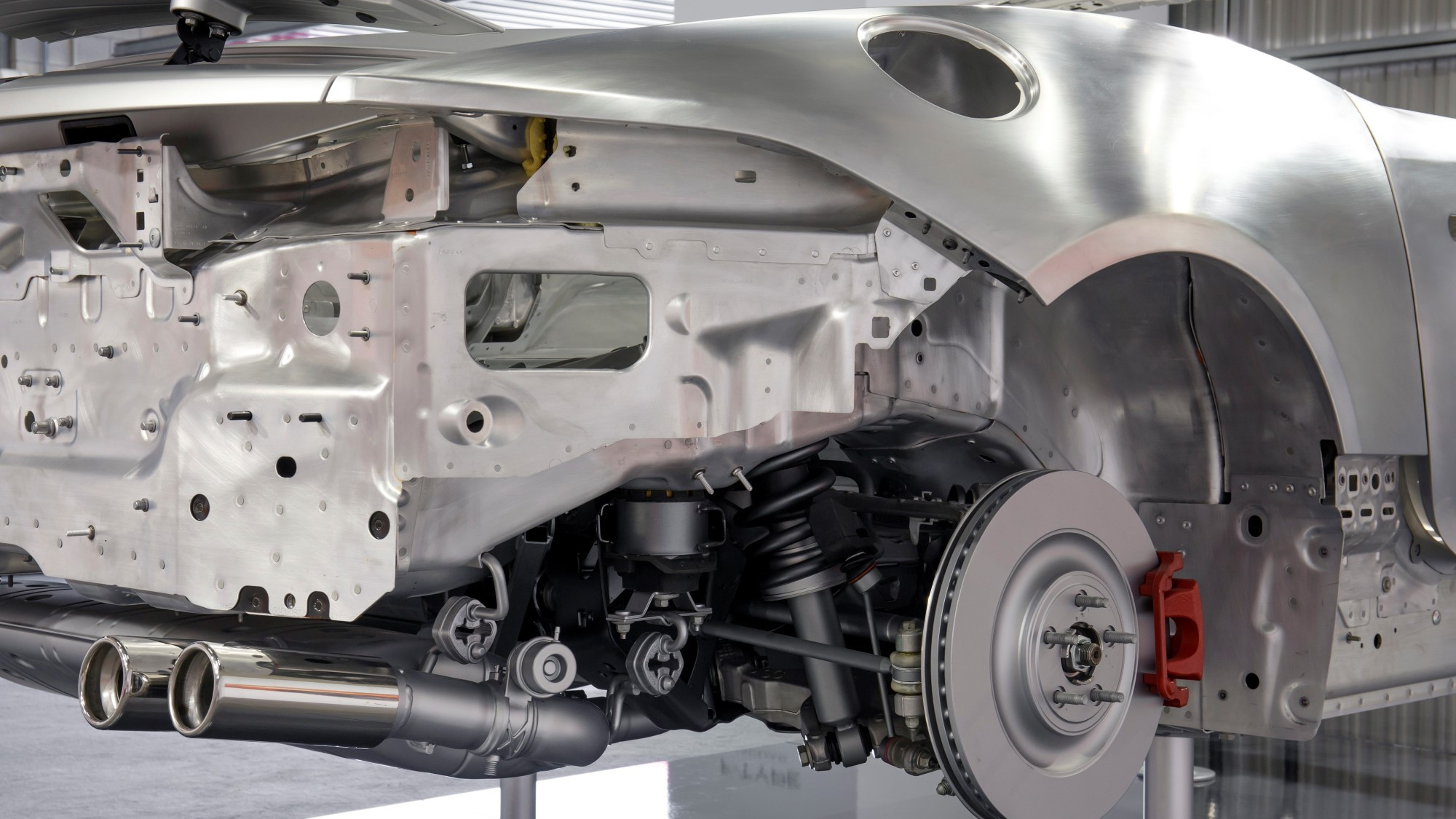 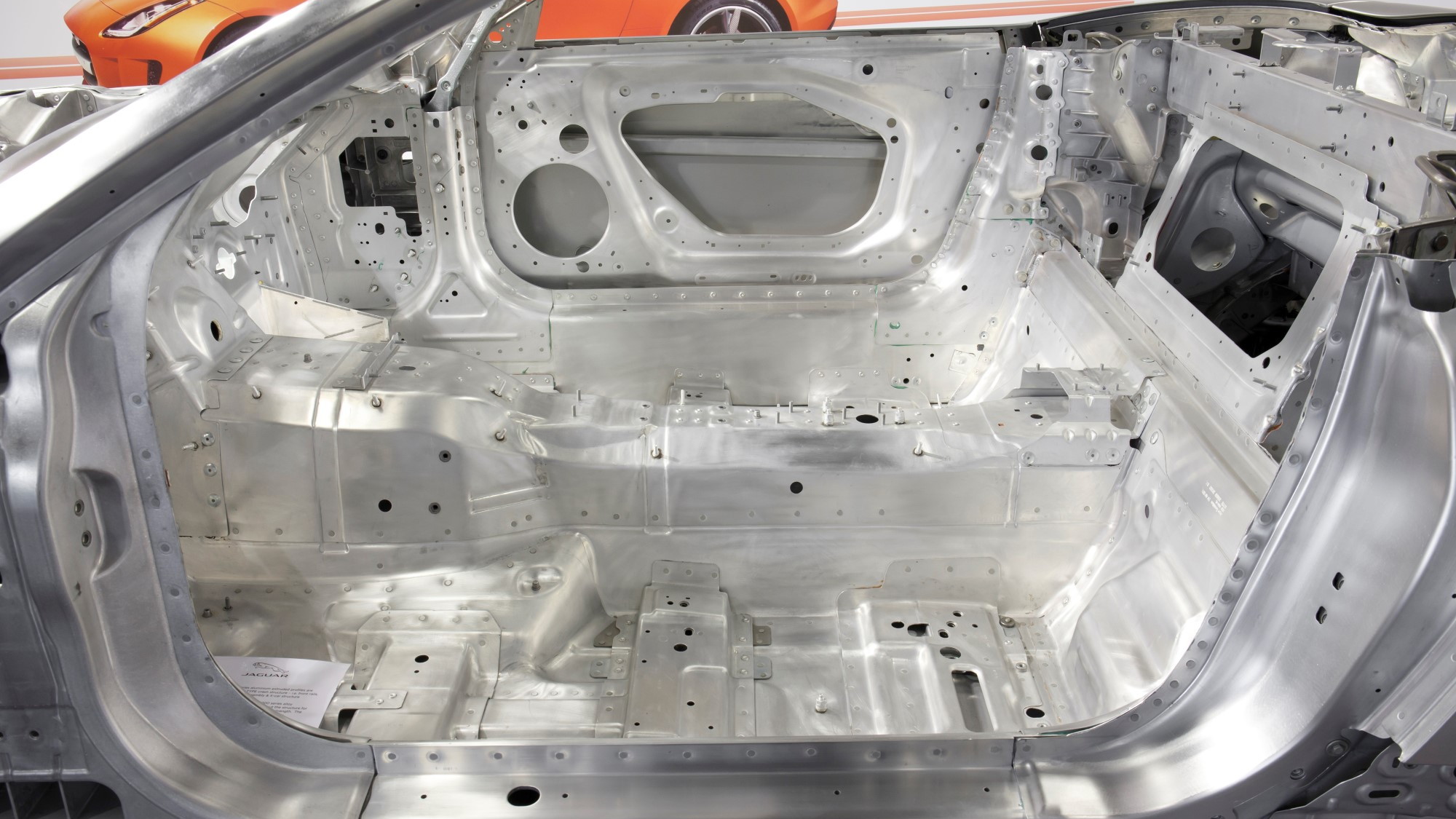 13
photos
Though you wouldn't know it to look at it, the last generation of the Jaguar XJ was largely made of aluminum and surprisingly light for its size and power. In fact, the XJ with a supercharged V-8 only weighed about 500 pounds more than the 2014 F-Type.

In other words, Jaguar knows a thing or two about building cars out of aluminum. The F-Type takes that knowledge to the next level, offering the best of the company's aluminum platform engineering yet.

An evolution of Jaguar's fourth-generation aluminum architecture, the core structure of the F-Type is the most rigid Jaguar has ever built. Up to 30 percent stiffer in key areas like front suspension mounting points, the F-Type's chassis built to provide a solid, stable platform for the suspension to work with.

The results are obvious when driving the F-Type; it blends composed, level cornering with ride comfort in a way few cars match.

The front subframe and suspension knuckles are also made of aluminum, with maximum rigidity for steering response. Jaguar's quickest steering rack ever enhances this quick-turning nature.

To get the F-Type as stiff as it is, a combination of AC300 and AC600 aluminum alloys are used in the construction of the unibody. The aluminum is bonded and riveted. In addition to forming a rigid, lightweight bond, the bonding and riveting process itself emits as much as 80 percent less carbon dioxide than the welding process used with steel bodies. Cast aluminum structures are also used in areas where structural precision and rigidity are required.

In addition to the focus on aluminum, composites are used more extensively in the F-Type than in any previous Jaguar, though primarily in supporting roles. Under the door sill and trunk lid, high-strength polymers enhance strength without adding much weight.

The form of the chassis itself was also carefully designed to minimize weight (despite the 3,521-3,671 pound curb weight) while making the most of weight distribution. With a pair of occupants, the F-Type approaches 50/50 front/rear weight distribution. Jaguar also focused on locating as much mass as possible within the wheelbase, shortening front and rear overhangs as much as possible.

Another interesting aspect of the F-Type's structure--though not a load-bearing element--is the hood. The large clamshell is stamped as a one-piece unit with a 1,000-ton press. New techniques had to be developed to get the desired angles and creases, using multiple strikes to gradually form the shape without putting undue stress on the aluminum.

The F-Type's structure is the core of its nature, and while it's neither the lightest nor the nimblest sports car in its segment, it's still quite nimble and light--and it's certainly the most engaging Jaguar we've driven.