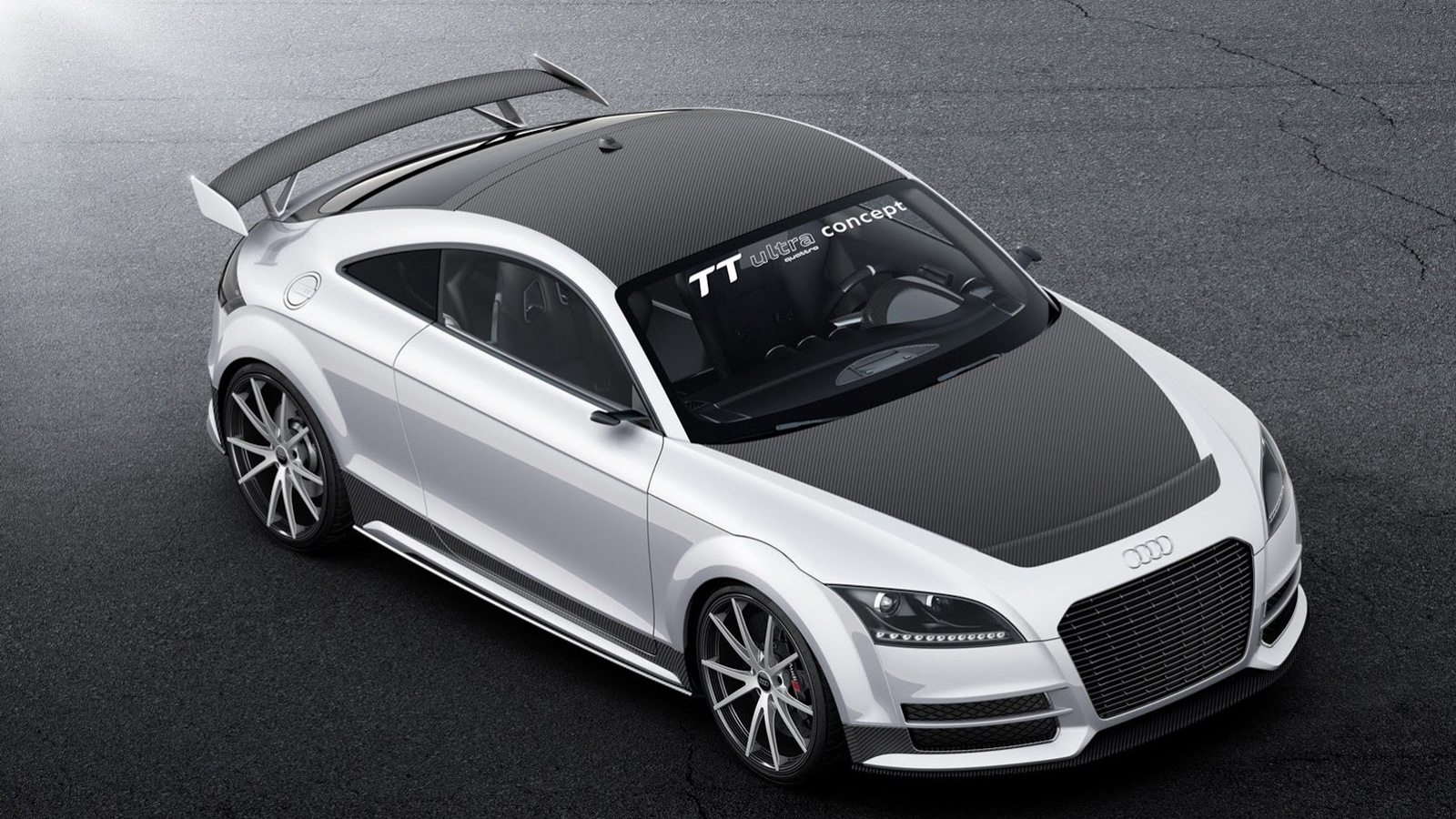 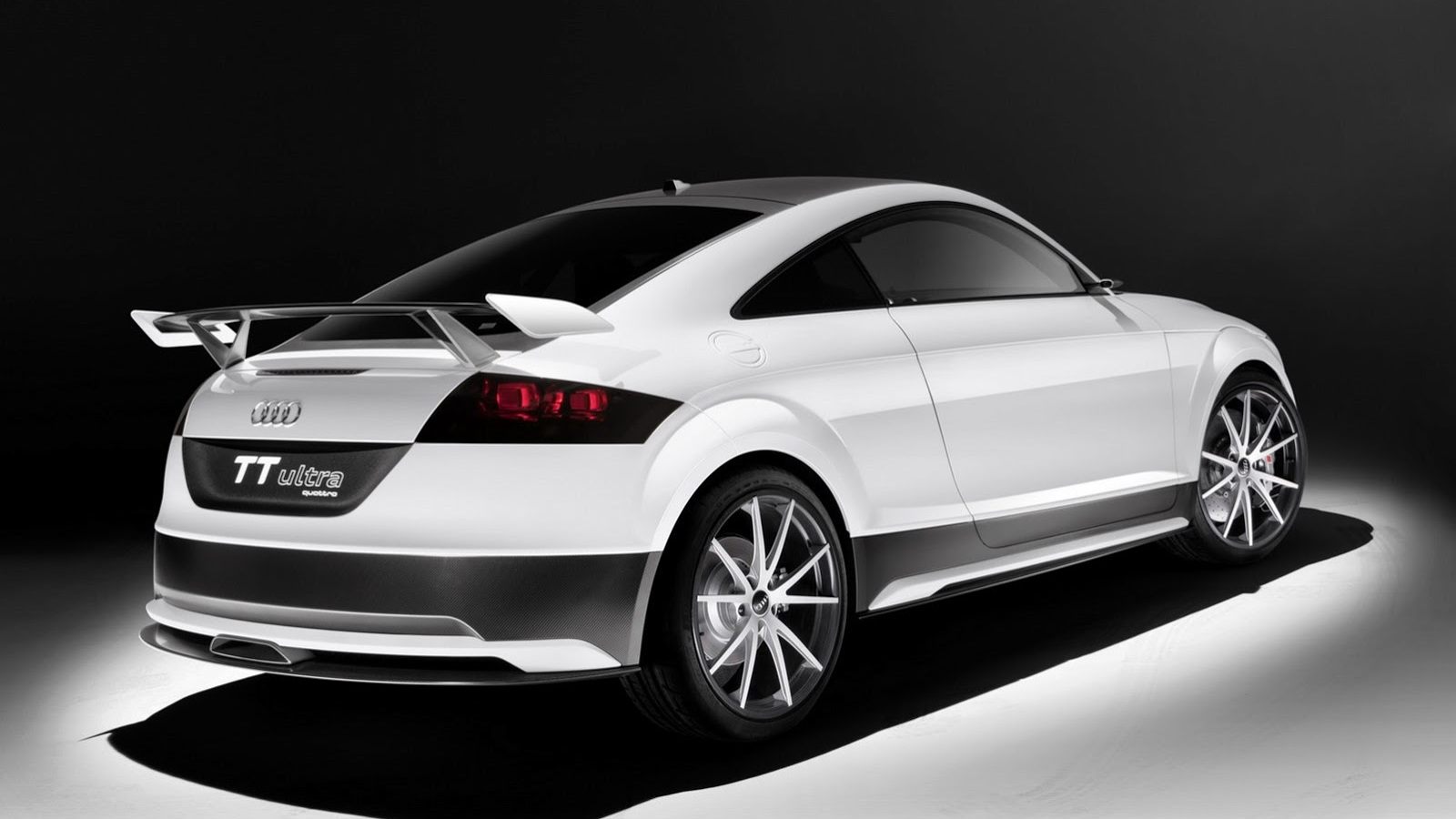 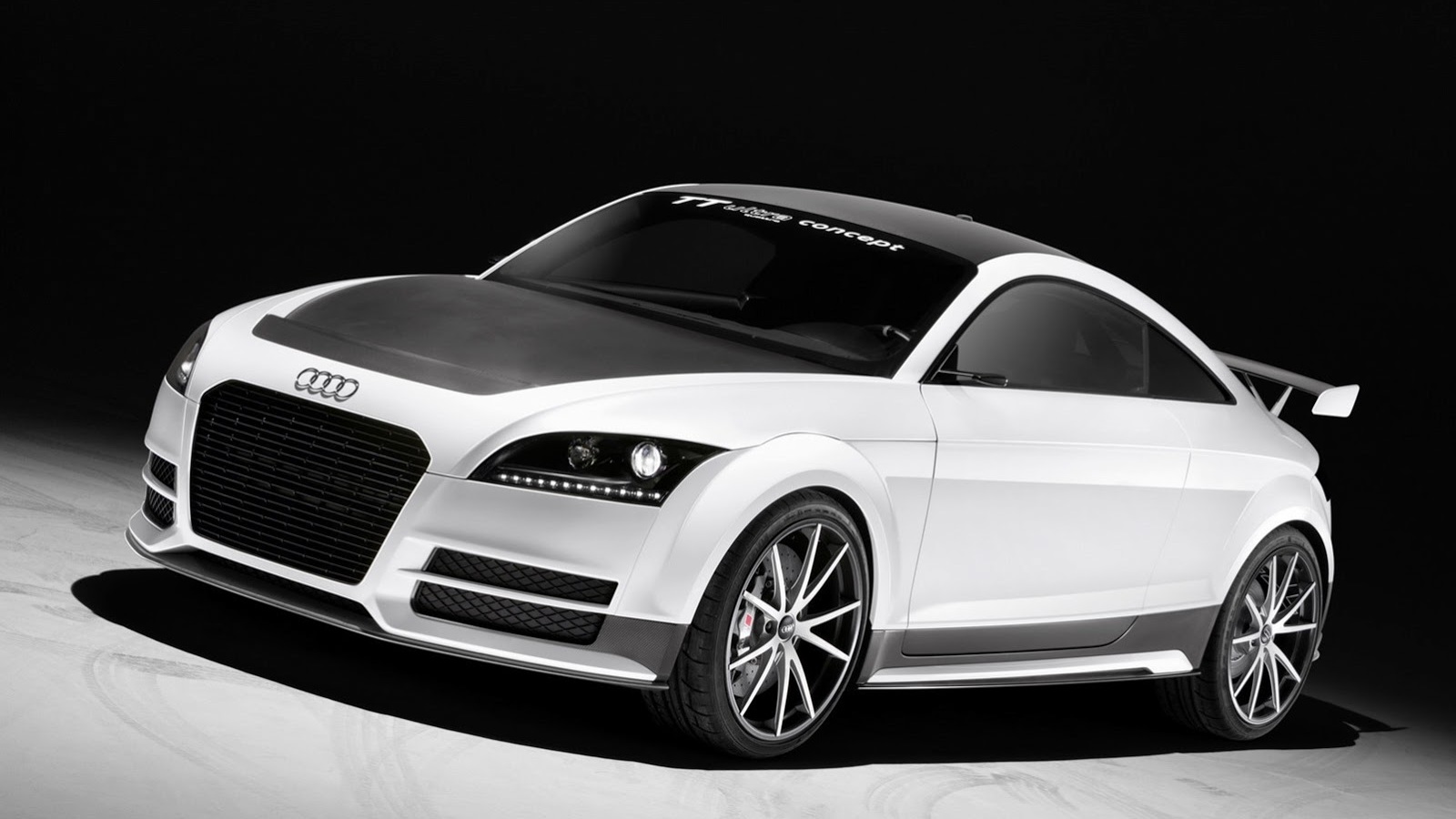 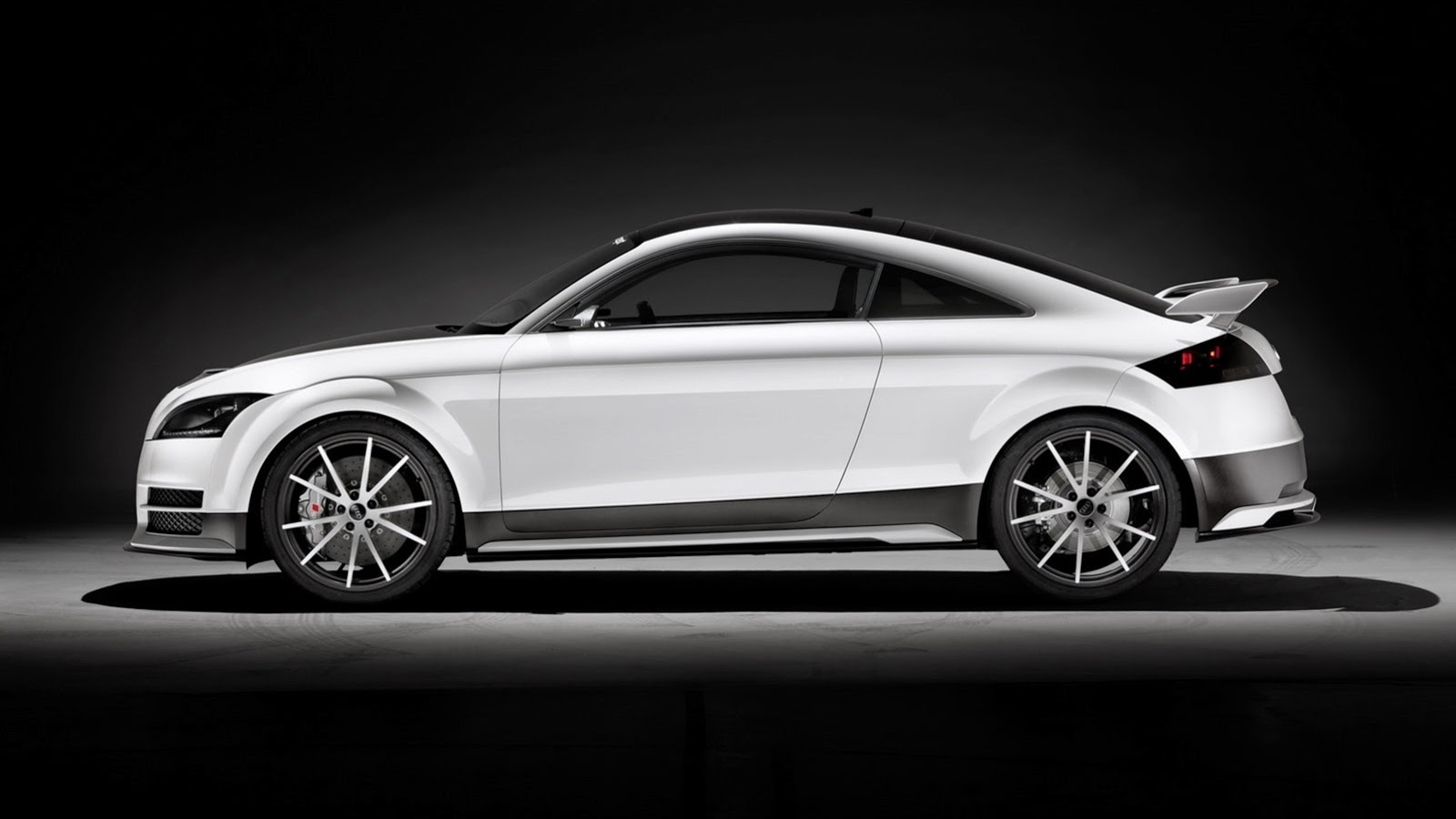 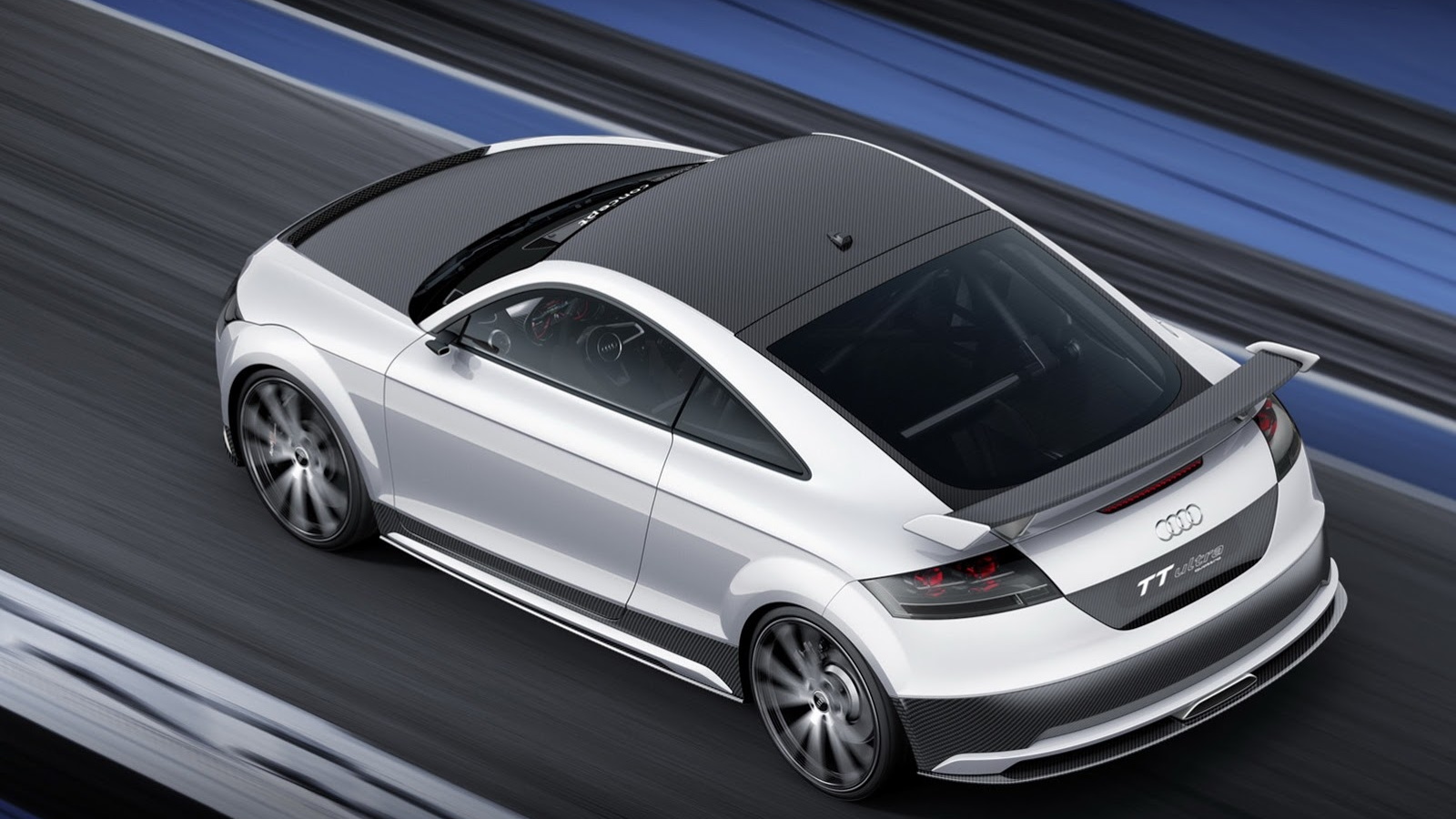 21
photos
Light makes right when it comes to any performance car. When light is done as well as the Audi TT ultra quattro concept, it's very, very right.

Billed as an example of how "motorsports meets quattro", the TT ultra quattro concept weighs in at just 2,450 pounds. Generating 305 horsepower, each of the car’s horses has just eight pounds to carry.

This video shows what that feels like on the road. It features two-time Le Mans winner André Lotterer taking the concept out for a quick spin.

The video is in German but it’s obvious Lotterer is in love with the car’s handlings and dynamics.

Weighing about 660 pounds less than a standard TT, the TT ultra quattro concept gets there by using lightweight components and advanced materials, most of which is carbon fiber.

Unique equipment for the car includes a carbon fiber wing on milled aluminum supports, large front spoiler, ceramic brake rotors with aluminum calipers, titanium exhaust, and ultra-light carbon fiber and aluminum wheels. The exterior mirrors have even been replaced by cameras that transfer the images directly into the digital cockpit.

Weight distribution is also considered, with the Audi engineers moving as much weight as possible away from the ends of the car and toward the middle, to reduce the polar moment of inertia; a lithium-ion starter battery sits under the driver's seat.

Even the 2.0-liter TFSI turbocharged engine has been lightened and modified. Power is raised to 310 horsepower and 295 pound-feet of torque; the crankcase, crankshaft, balance shafts, flywheel, oil sump, and bolts, as well as some of the accessory systems, have been lighted by a total of 55 pounds.

While this exercise in ultra-light construction with a motorsports theme isn't something we ever expect to see directly transferred to production, many of the lightweight construction techniques could appear in some of Audi’s future models. In fact, the automaker is believed to be planning a lightweight version of its next-generation TT sports car.

The Audi TT ultra quattro concept made its debut at the 2013 Wörthersee Tour in Austria this week. For more from the event, click here.