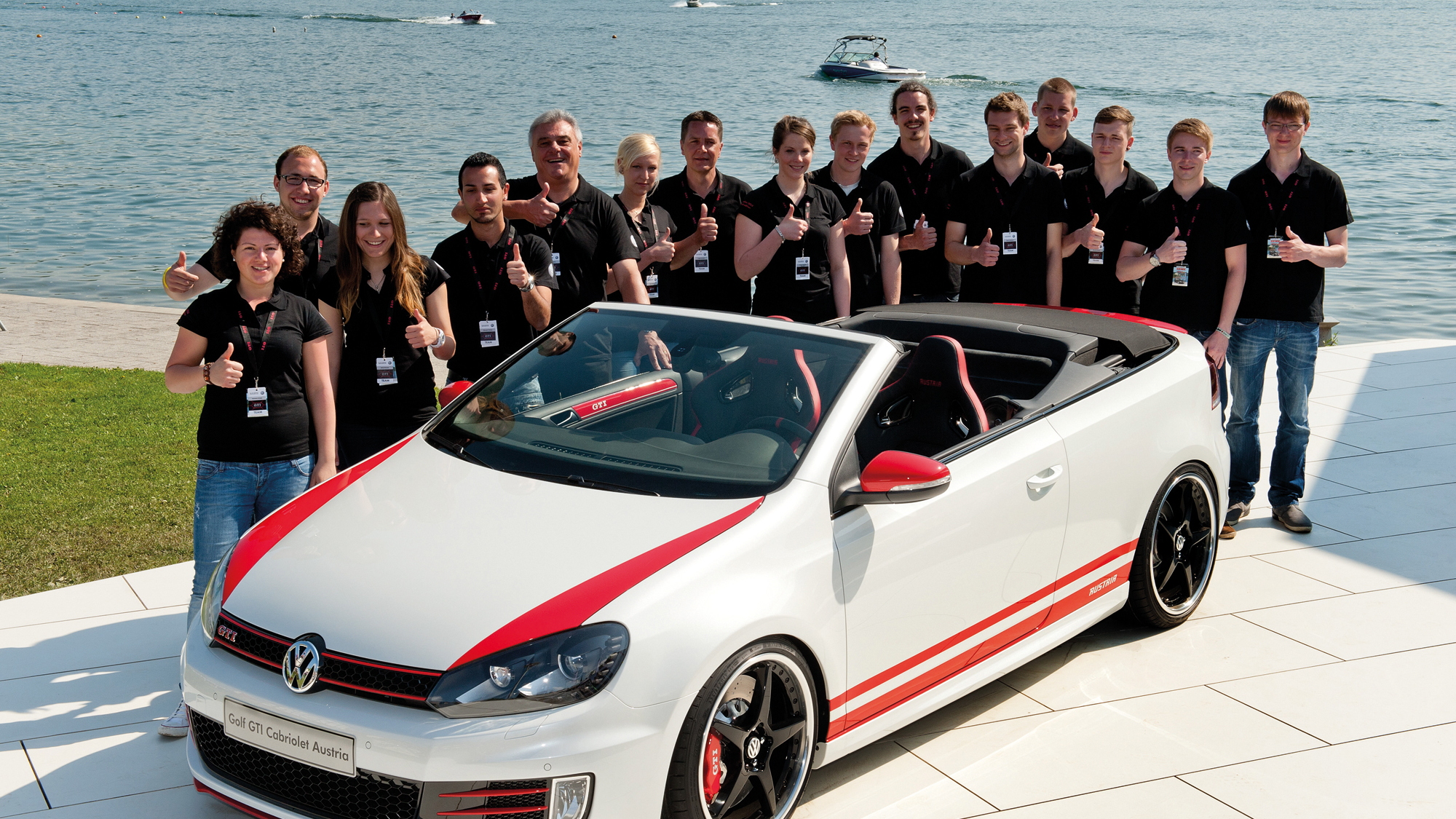 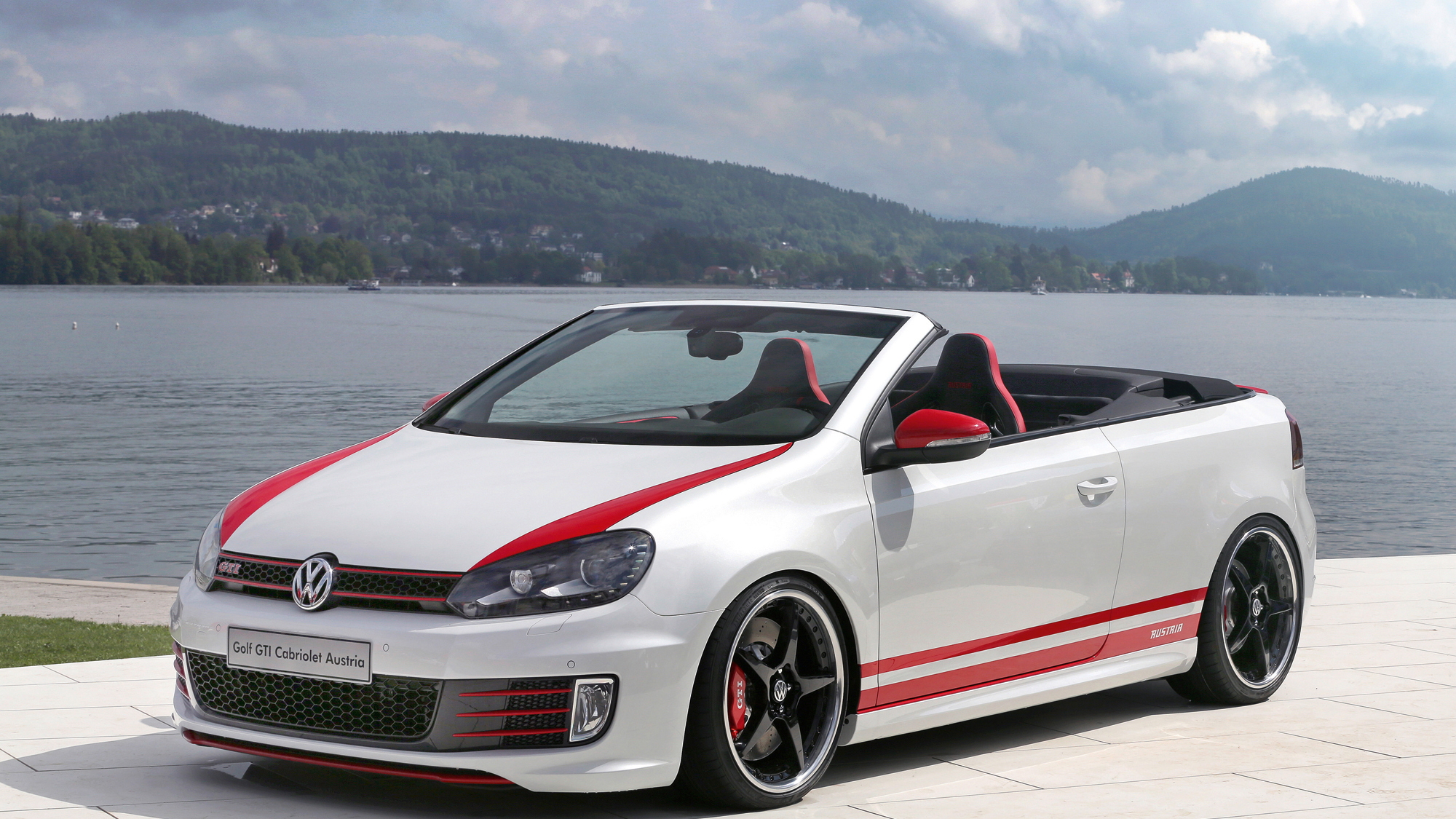 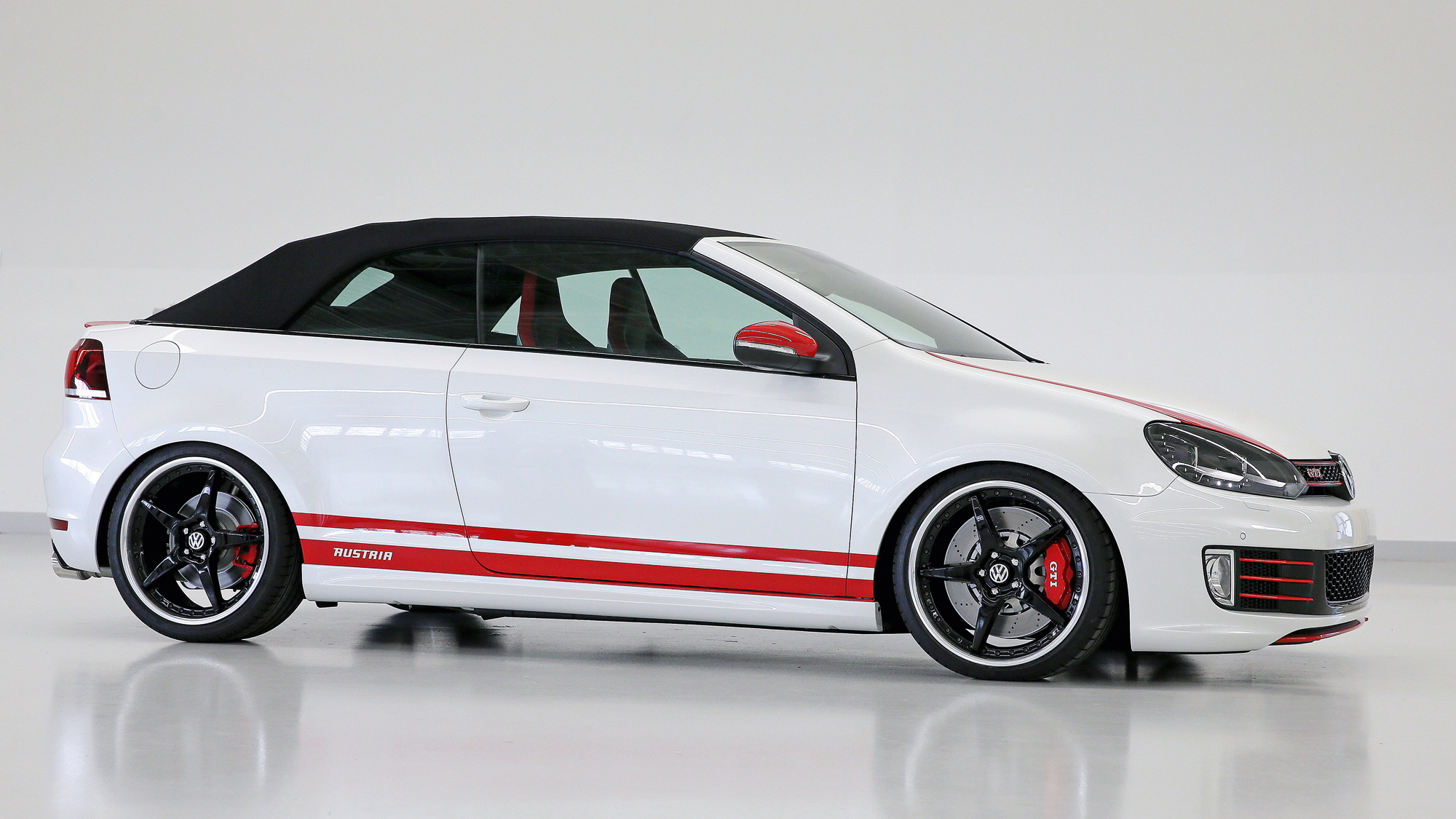 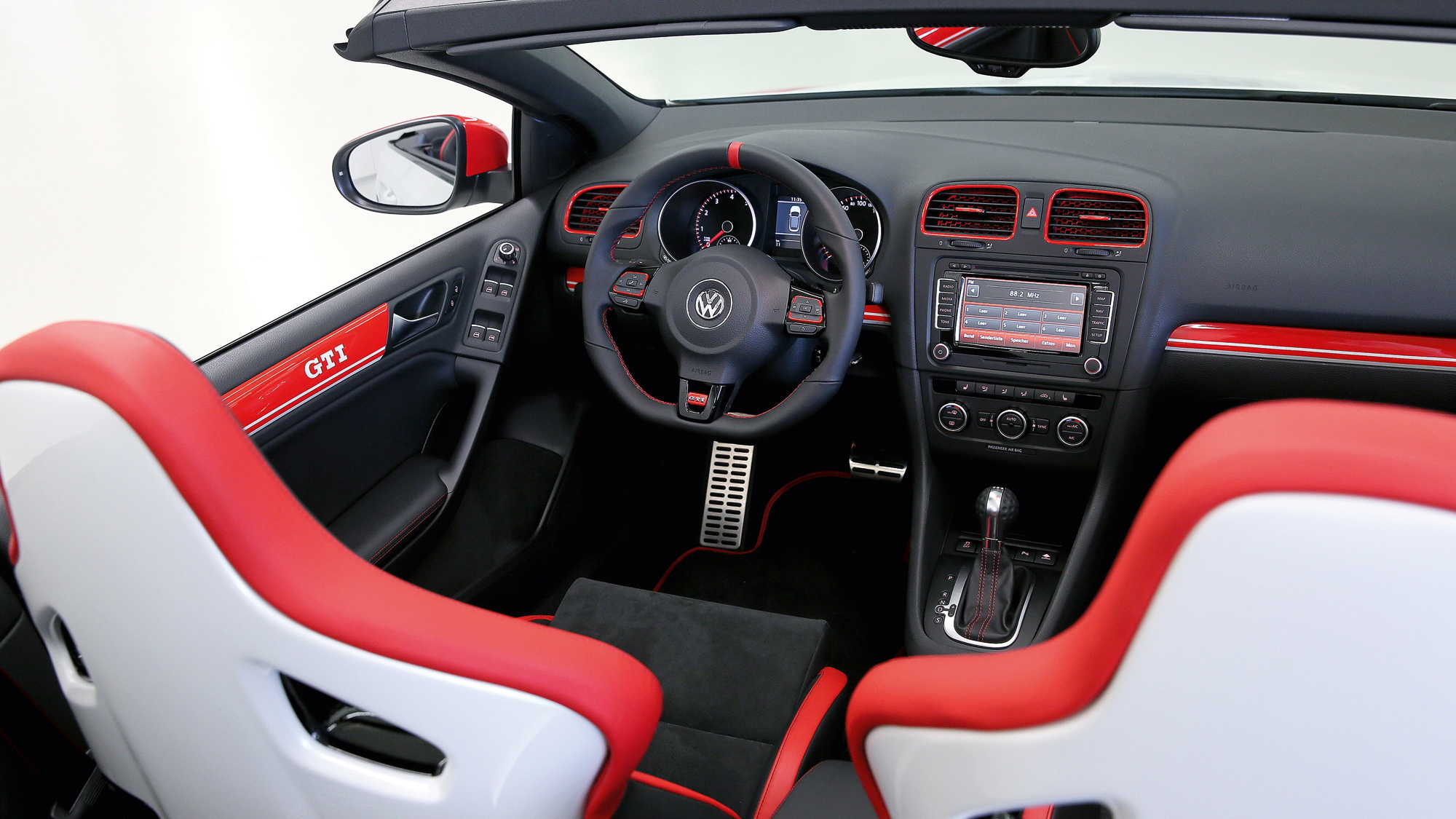 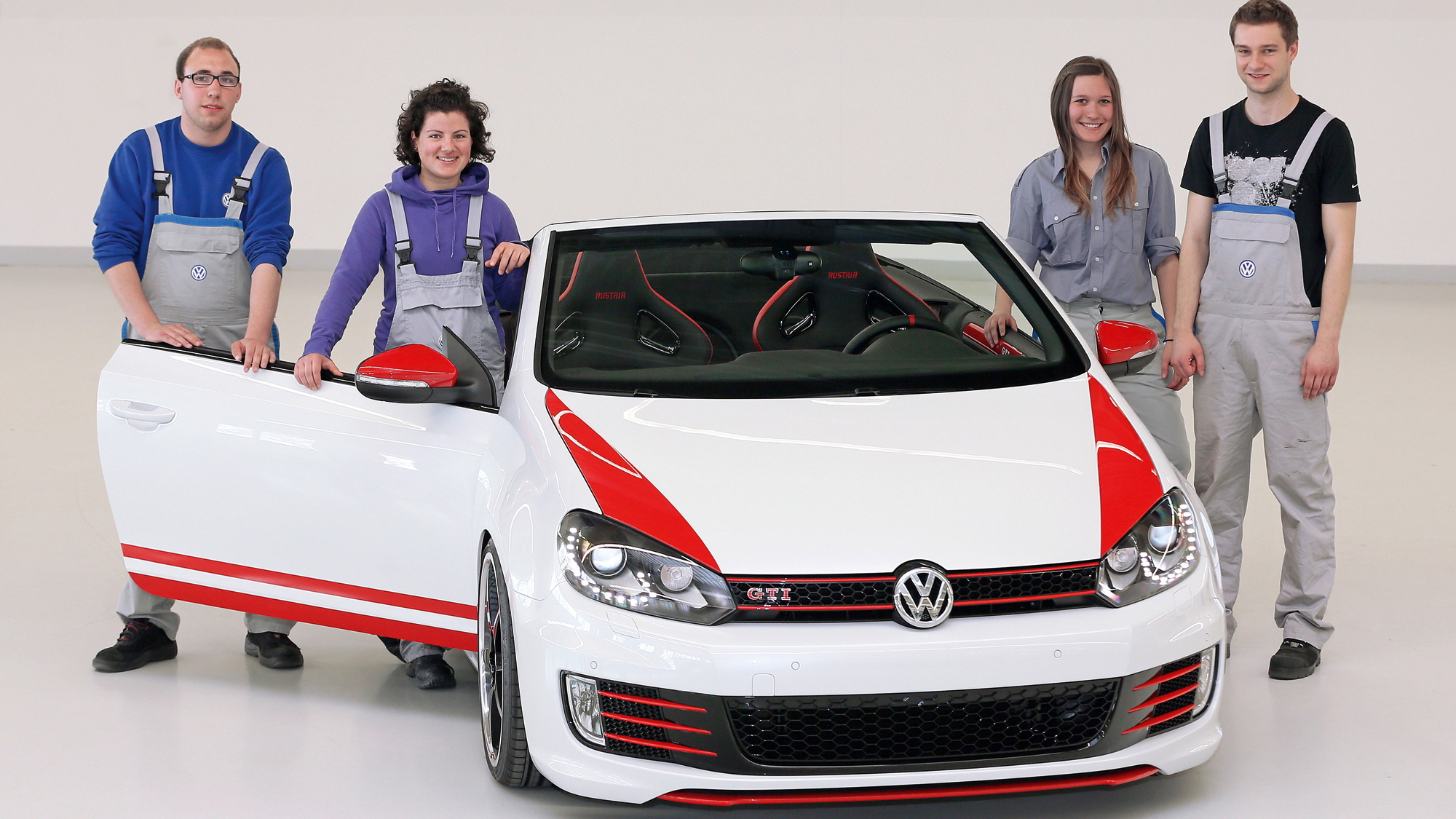 8
photos
Since 1981, Volkswagen and Audi enthusiasts have been flocking to the lakeside of Austria's Wörthersee. This influx happens every year, typically sometime in May, and serves as a major car show for fans of the German automakers. Volkswagen brass typically cook up something delicious in concept form to delight the crowds, and this year is no different.

and a tuned-up Amarok are just a portion of what will be shown. It's not just about what the top-tier in-house guys and gals can do, however, because Volkswagen also lets their young bucks have a go at a show machine.

This year the apprentice team put together a unique take on the Golf GTI Cabrio. Called the Golf GTI Cabrio Austria, the one-off drop-top boasts a good-looking red and white paint scheme, a unique set of wheels, and a 2,250-watt sound system. In fact, the rear seats were removed to accommodate the 11-speaker ear-rattling audio setup. Additionally, the team pumped up the 2.0-liter turbo four to the tune of 325 horsepower.

The apprentice team is comprised of men and women who range in age from 17 up to 23 years old. To really get a feel for what it's like to design a vehicle, the crew goes from sketches, to test fitting, and on to the final car, which is shown to the Wörthersee crowd.

This is the sixth time an apprentice-built car has made it out to the lake, and we imagine the reception is as filled with excited VW fans as it has been in the past.