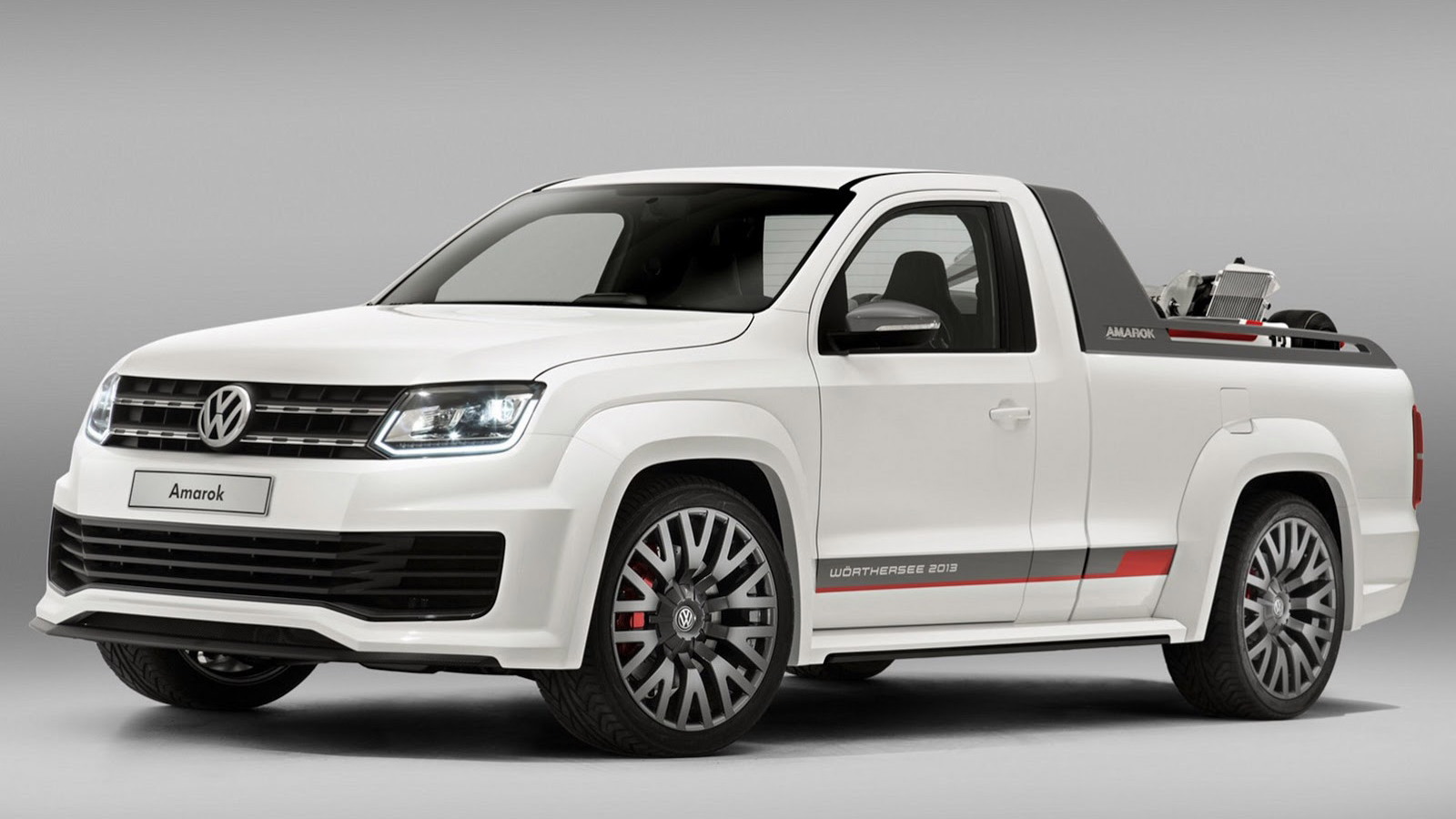 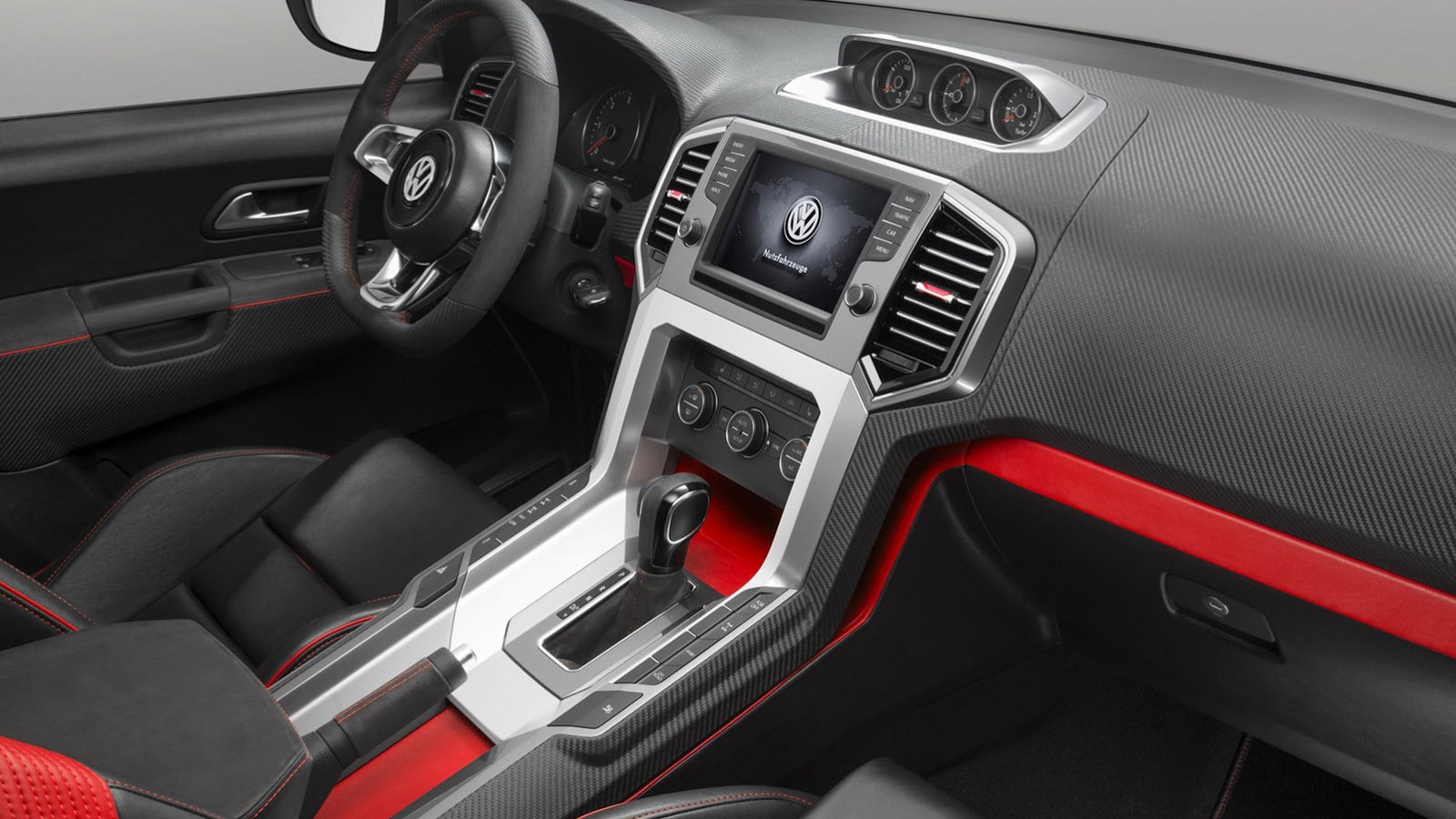 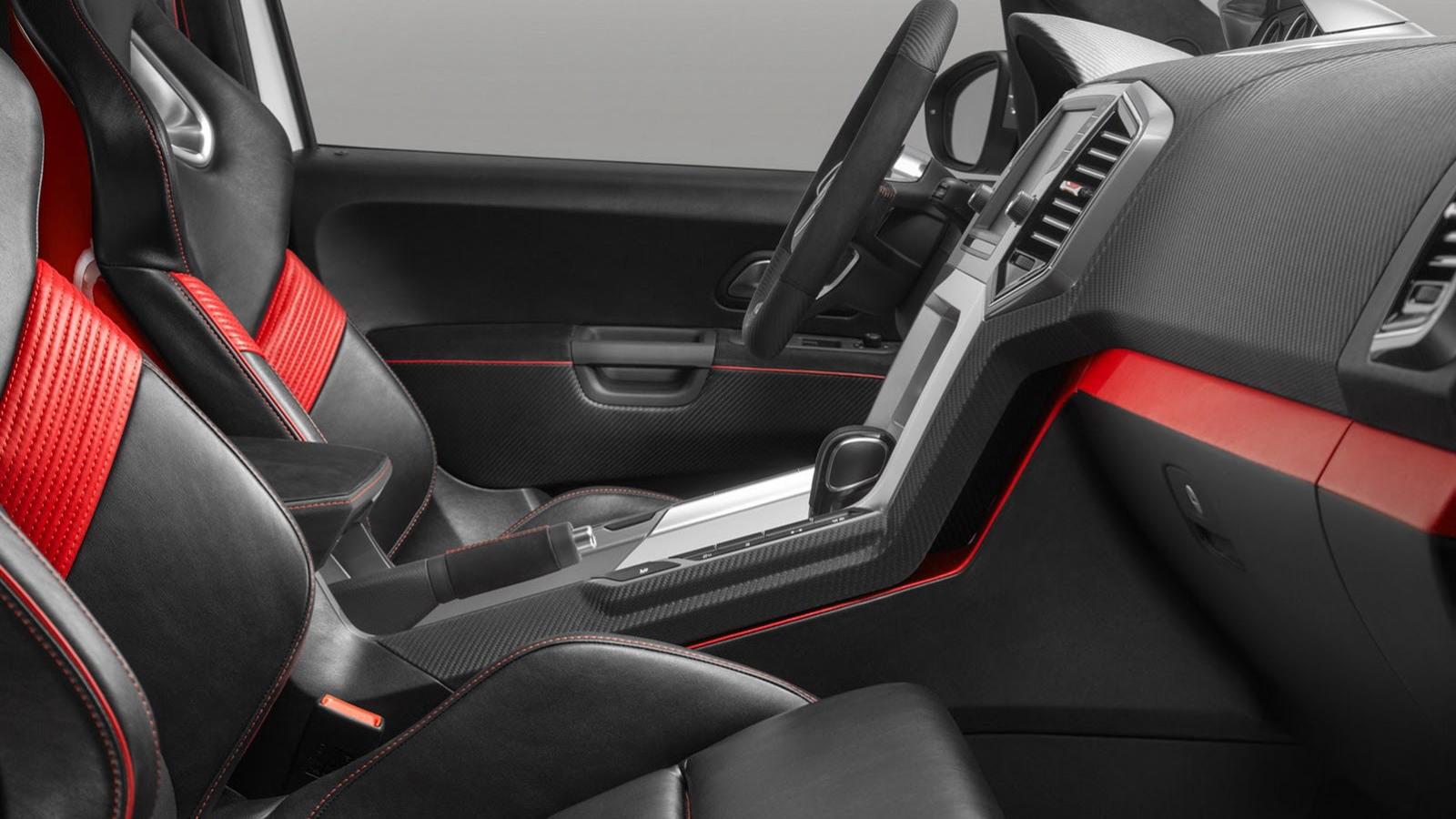 6
photos
Pictured here is a sporty version of Volkswagen’s Amarok pickup truck sold overseas. It is strictly a concept, though it confirms the German automaker has recognized the all around awesomeness of performance pickups like Ford’s F-150 SVT Raptor and is at least toying with the idea of building one of its own.

The new concept is called the Amarok R-Style and has been revealed today at the 2013 Wörthersee Tour tuning event taking place in Austria, the same event where a hardcore VW GTI concept and lightweight Audi TT were also shown.

It features 22-inch alloy wheels, lowered springs and a wide-body kit. There are also plenty of carbon fiber accents and a chunky sports bar running across the back of the cab.

The headlights have also been dressed up with LEDS and the interior given a sporty look with red detailing and a carbon fiber-look for the dash.

Power in this Amarok R-Style pickup comes from an uprated version of the stock model’s 3.0-liter V-6 turbodiesel. Peak output stands at 270 horsepower and 443 pound-feet of torque. This, says VW, is enough for 0-62 mph acceleration of less than eight seconds.

If you’re thinking the Amarok can’t match the F-150 SVT Raptor in off-road prowess, note that VW has also shown off a toughened-up Amarok concept designed to tackle the great outdoors. It’s called the Amarok Canyon and was shown for the first time at the 2013 Geneva Motor Show.

For more from the 2013 Wörthersee Tour, head over to our dedicated show hub.