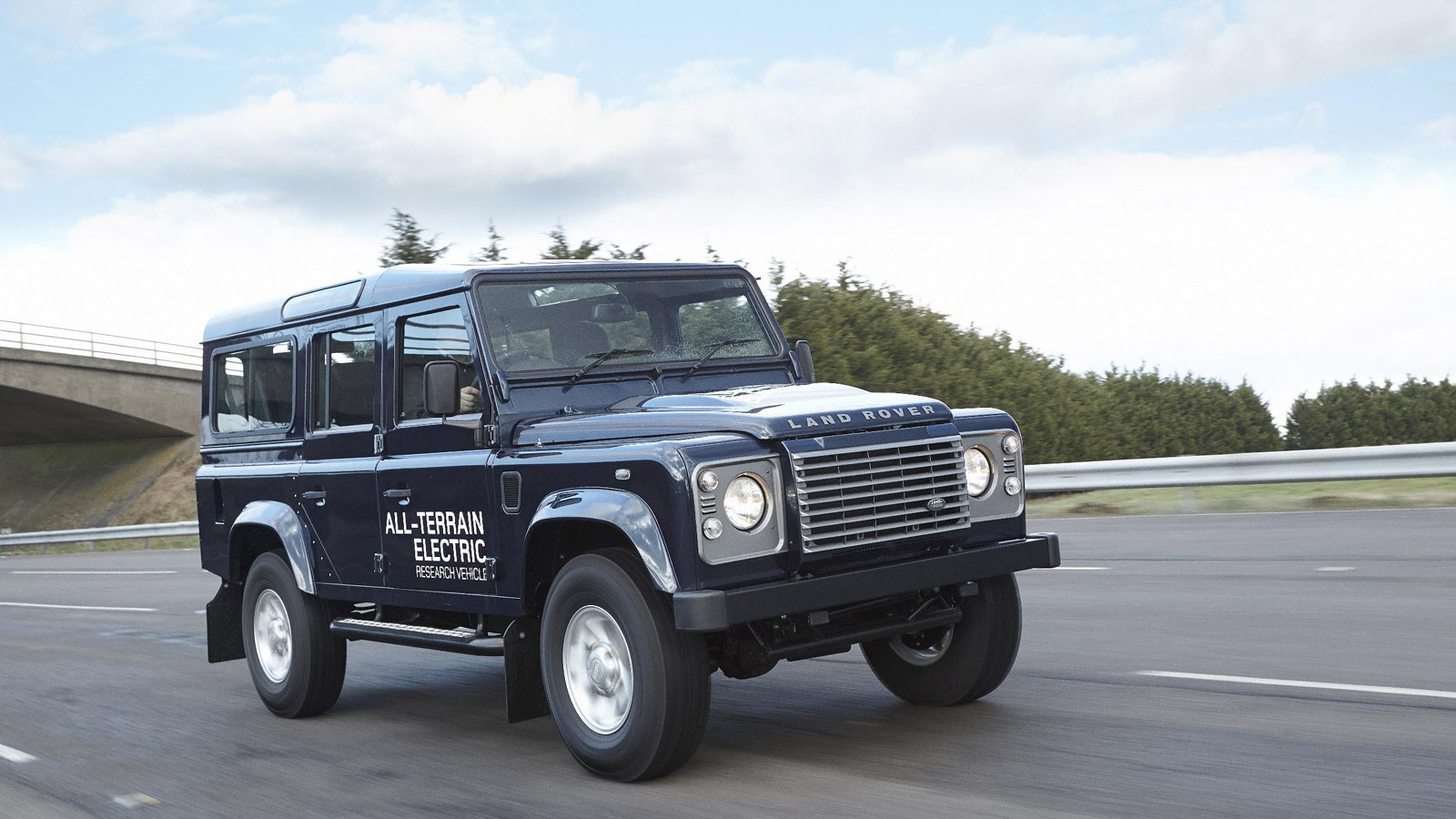 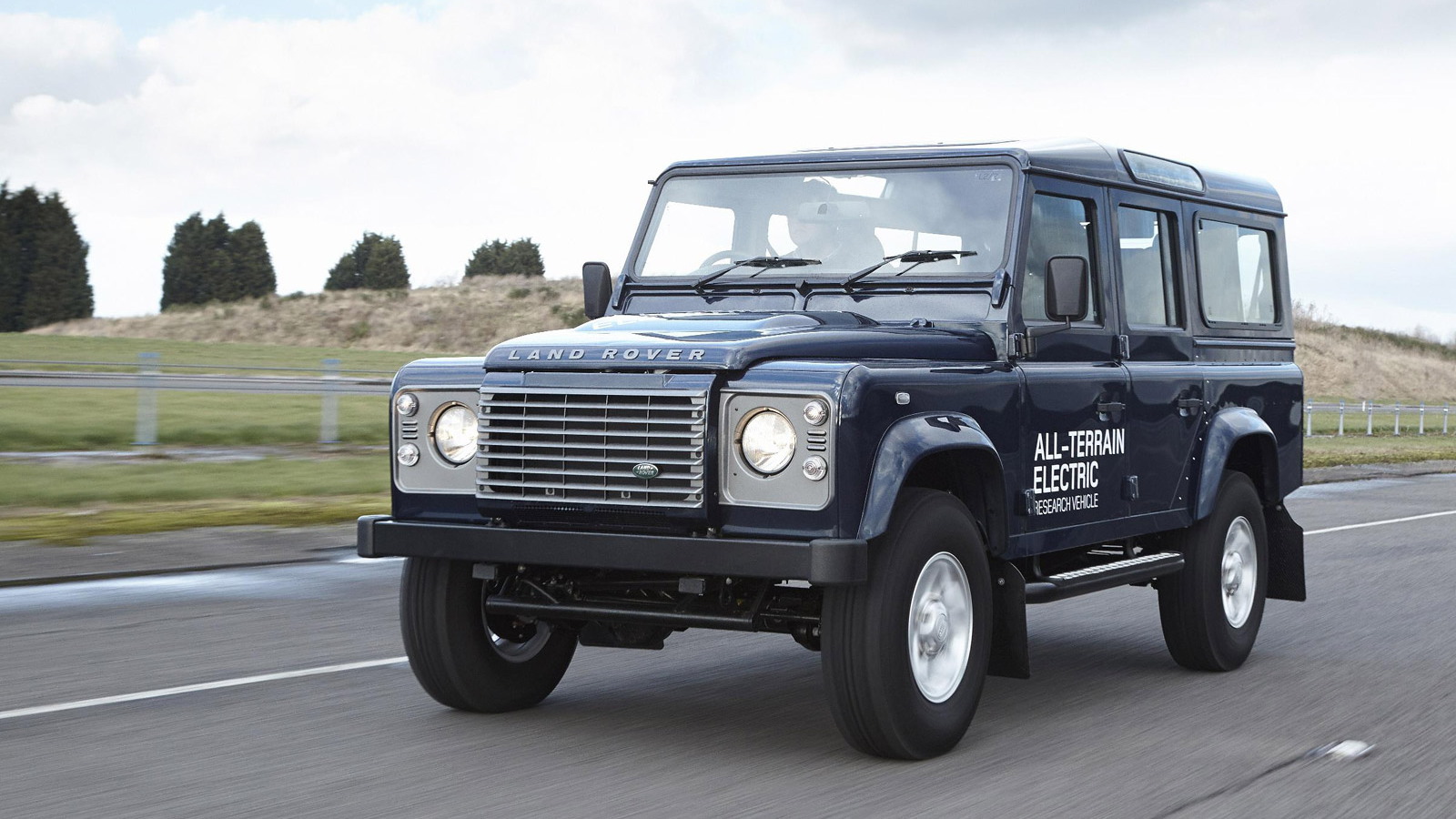 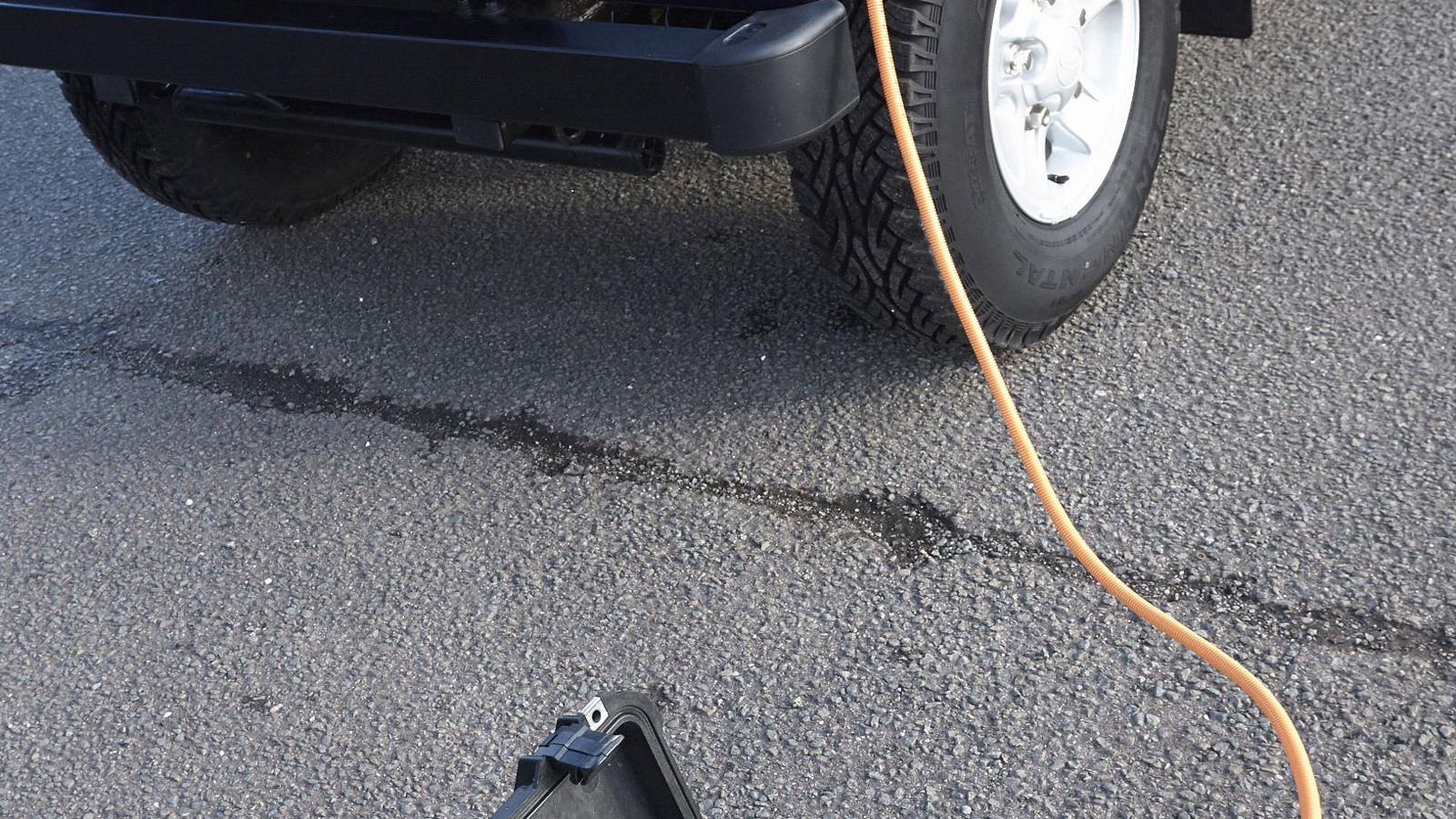 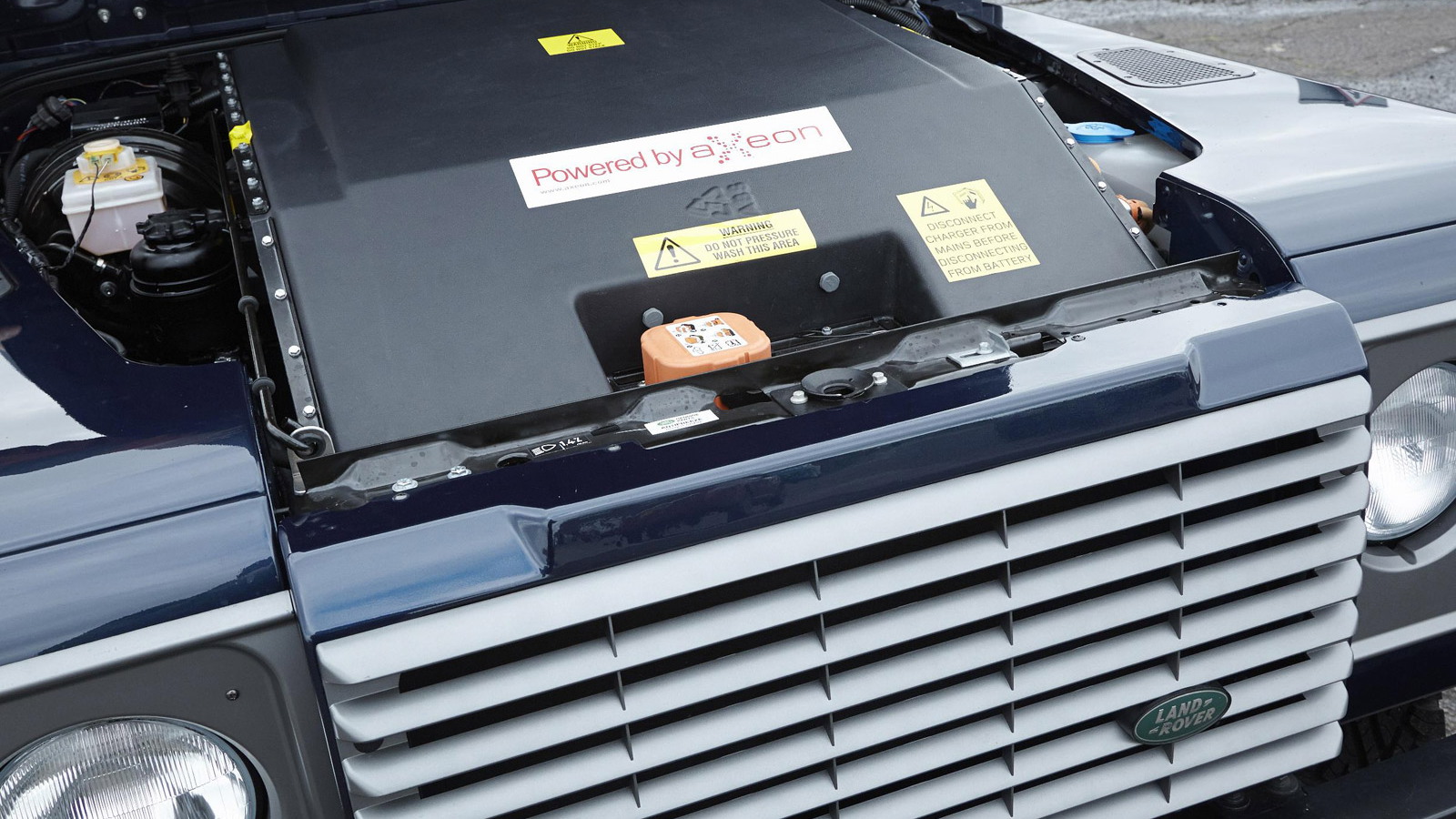 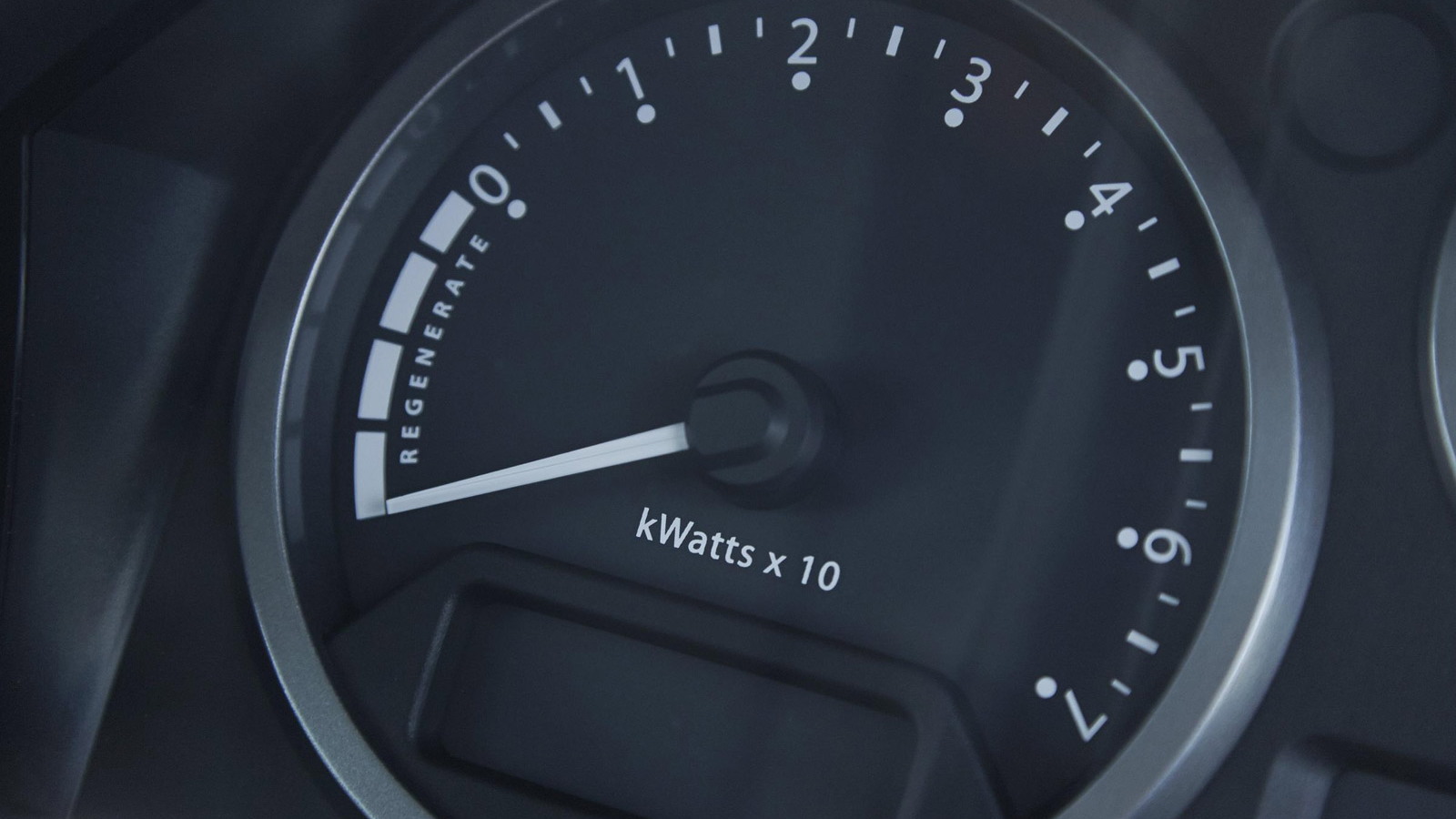 Land Rover is boosting its commitment to cleaner running electrified vehicles by developing an all-electric version of its iconic Defender--yes, the Defender--SUV.

Land Rover stresses that the vehicle is not for production but to test electric car technology in all possible fields, even in the unlikely realm of off-roading.

“This project is acting as a rolling laboratory for Land Rover to assess electric vehicles, even in the most arduous all-terrain conditions,” said Antony Harper, the company’s head of research. “It gives us a chance to evolve and test some of the technologies that may one day be introduced into future Land Rover models.”

Seven examples have already been built, all of them based on the latest 2013 Land Rover Defender.

The standard diesel engine and gearbox have been replaced by a single electric motor rated at 70 kilowatts (94 horsepower) and 221 pound-feet of torque. The battery is a lithium-ion unit with a 27-kilowatt-hour rating, which promises a range of 50 miles with moderate driving.

In typical, low speed off-road use it can last for up to eight hours before recharging, Land Rover promises. The battery can be fully charged by a 7-kilowatt fast charger in four hours, or a portable 3-kilowatt charger in 10 hours.

Overall weight increases by around 240 pounds, and as you’ll see in the photos, traversing deep fords are no problem for the electric components. Importantly, the regular Defender’s four-wheel-drive system and differential lock have been retained.

There is one major difference, however. Because the electric motor delivers maximum torque from the moment it starts, there’s no need for gear shifting and the transmission comprises a single speed, 2.7:1 reduction gearbox combined with the existing four-wheel-drive setup.

Testing in real world situations of the Land Rover All-Terrain Electric will take place throughout the year, with a debut at next week’s 2013 Geneva Motor Show planned.

Though we can’t envisage an electric-only option being offered on Land Rover’s next-generation Defender, based on its string of DC100 concepts, we could imagine much of the technology being utilized on a hybrid version. Land Rover has already previewed several hybrid prototype vehicles and promises the technology will appear soon on its Range Rover flagship.