The 2014 Chevrolet Corvette Stingray was just unveiled at the 2013 Detroit Auto Show, and unless you've been hiding under a very large rock, you already know what it looks like and every other detail, too. Now, it seems the coupe's convertible alternative has leaked about a year ahead of its expected arrival.

The images, posted by The Auto Insider, look to be authentic. In fact, if they are a digital manipulation of the coupe photographs, they're the best we've ever seen--and we see dozens of attempts daily.

So, ogle to your heart's content--this is, if not the real deal, so close as to make no difference.

It's worth noting, however, that we're disappointed these images leaked. It doesn't require much imagination to envision what a convertible version of the 2014 Corvette Stingray would look like, but there's something to be said for mystery, anticipation, and that mixture of fear and excitement over the unknown.

Early leaks spoil the magic. By the time the actual Stingray Convertible rolls across an auto show stage, likely some time in late 2013 or early 2014, it'll be old hat.

For our full coverage on the latest 'Vette, click here. 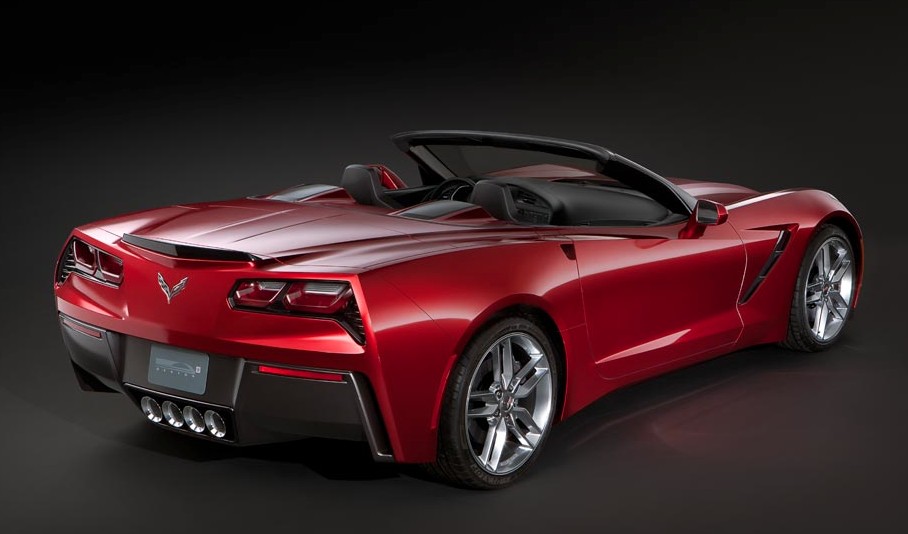