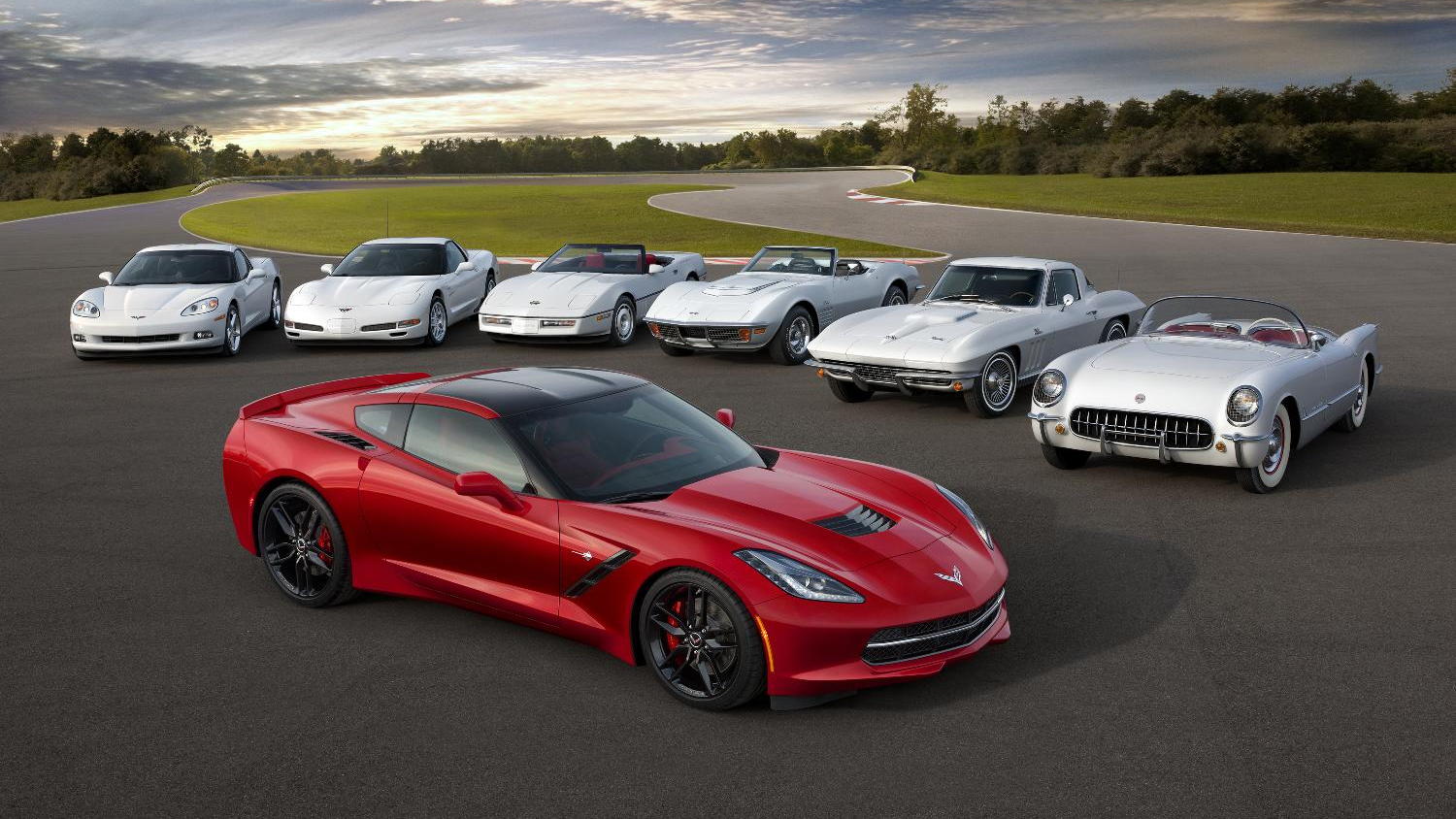 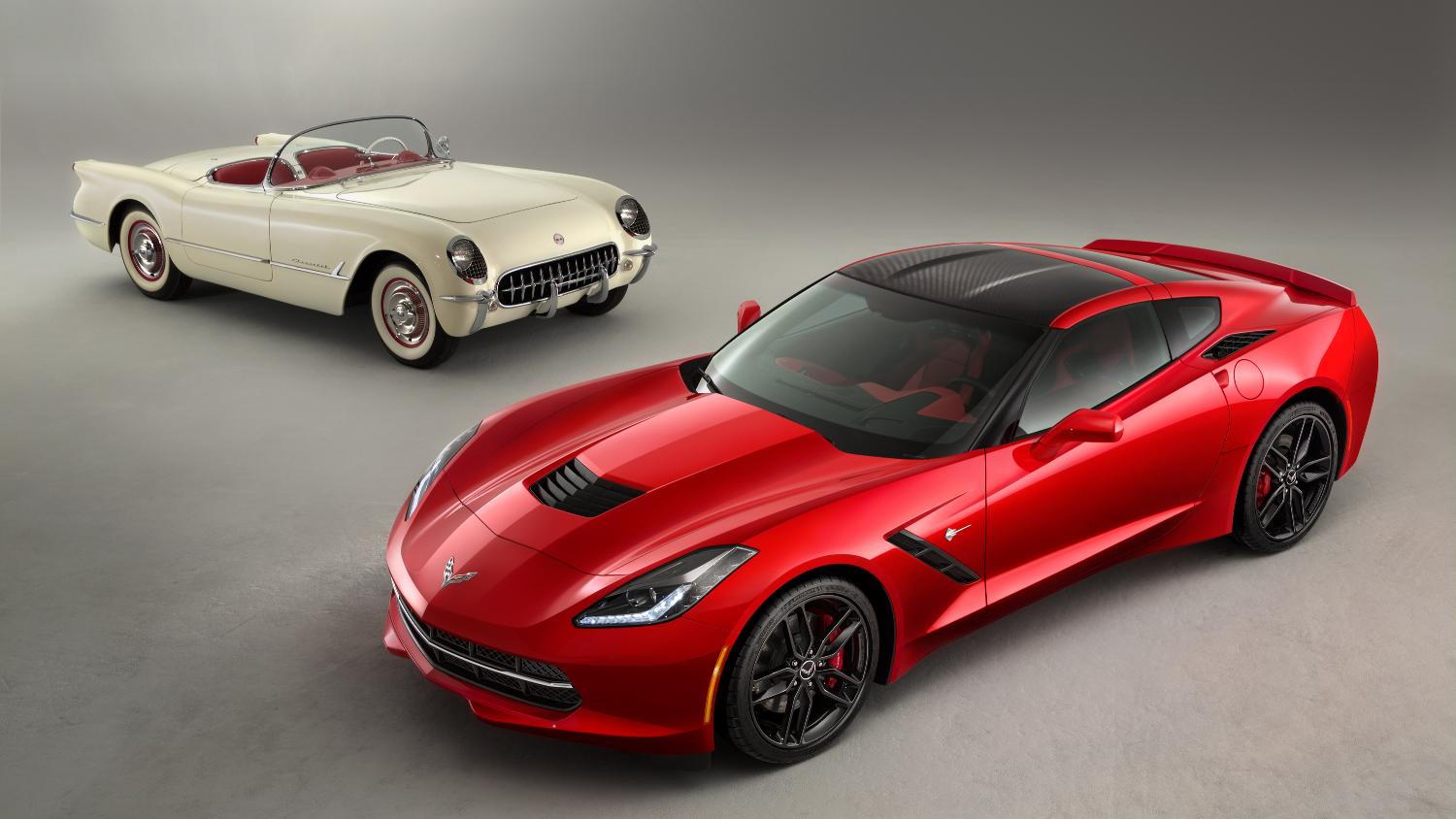 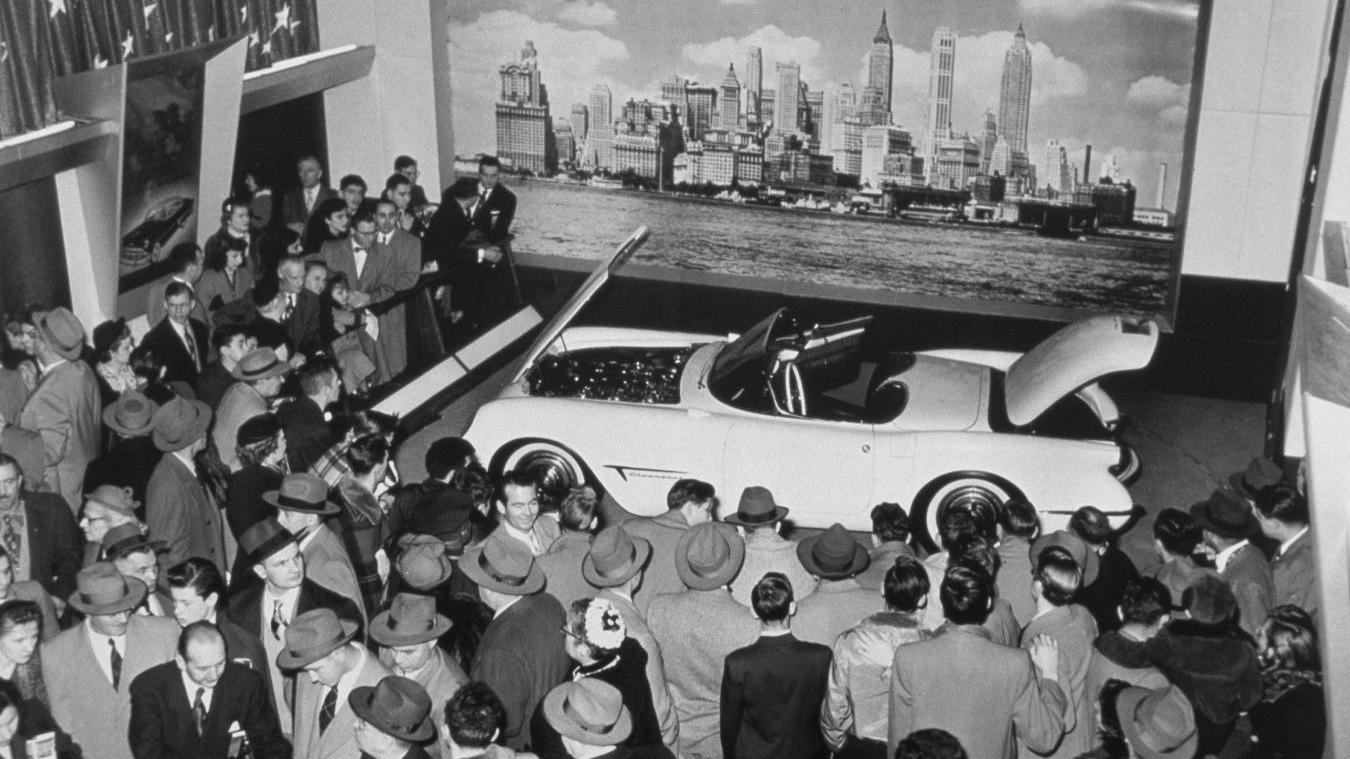 3
photos
Sixty years ago today, the Chevrolet Corvette made its debut appearance at GM’s Motorama exhibit in New York City. New car introductions were a big deal then, and anxious spectators lined Park Avenue to get a look at Chevy’s futuristic roadster.

Production wasn’t even planned when the car was shown, but public reception was so positive that the Corvette quickly progressed from concept car to showroom model. By July of 1953, Corvettes were being built by hand in GM’s Flint, Michigan assembly facility.

Just 300 Corvette roadsters were built in 1953, all of them wearing Polo White paint with a red interior. Build quality was sub-optimal, since the assembly technique for the car’s fiberglass body was being worked out on the fly. Power came from a “Blue Flame” in-line six-cylinder engine mated to a two-speed Powerglide automatic transmission.

At a then-expensive price of $3,498, demand was far less than anticipated, and the Corvette was nearly killed off in its first generation. Sales began to climb when Chevrolet introduced a V-8 engine in 1955, and a three-speed manual transmission option soon followed.

The Corvette had begun to evolve from a personal luxury car to a world-class sports car. Though it’s occasionally strayed from that path over the years, the latest C7 model appears to more than capable of living up to customer expectations for performance and handling.

Today, sixty years to the day of its Motorama debut, the 2014 Corvette Stingray will return to New York City, fresh off its Detroit Auto Show debut. The new model also pays homage to the legendary “Stingray” name, first seen on a prototype racer, but later used to designate the second generation models introduced in 1963.

In the words of Chris Perry, vice president of Chevrolet marketing, “The all-new 2014 Corvette Stingray is the most advanced and engaging Corvette in the long, prestigious legacy of this uniquely American success story. It is a car woven into the fabric of American culture and it got its start right here in the Big Apple.”

Look for the 2014 Corvette Stingray coupe, which will pack 450 horsepower and 450 pound-feet of torque in base trim, to hit dealerships in the third quarter of 2013. A convertible variant, perhaps leaked here, is expected to debut later.