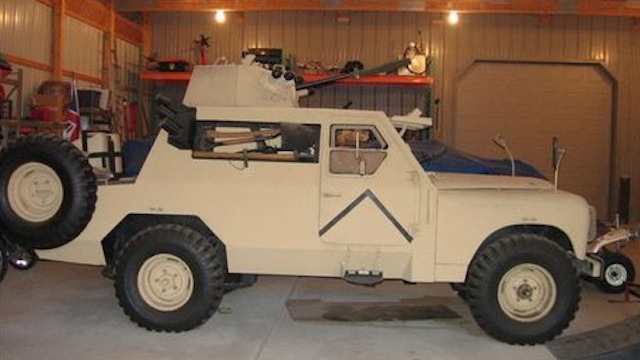 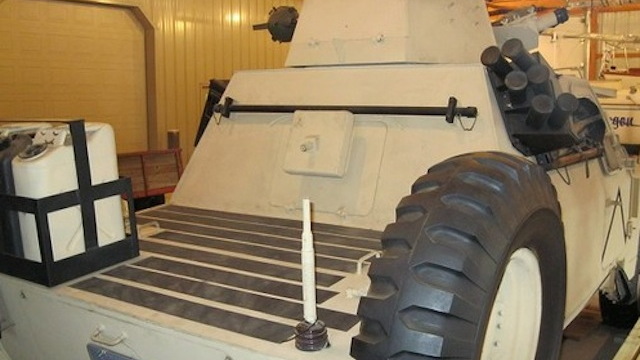 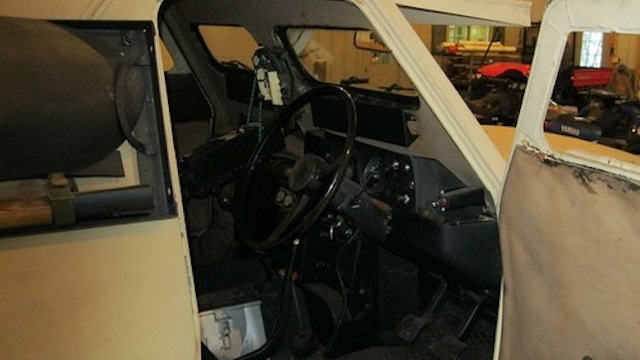 3
photos
Call us paranoid (you wouldn’t be the first), but sooner or later the zombie apocalypse will be more than just the theme of a popular weekly television show. We’re not suggesting that the dead will actually rise from the grave to eat the flesh of the living; instead, we’re using it as a metaphor for the breakdown of society.

Ask yourself this: what happens when you call 911 and no one picks up the phone? Let’s say a natural disaster has struck, and you’re sheltering in place, awaiting help, when a mob of looters turns up on your street. That’s not the time you want to be compiling a bug-out strategy, or driving an ordinary sedan.

That’s why we’re particularly interested in this 1975 Land Rover Series III Armored Patrol Car, currently for sale on eBay Motors. It’s beefy enough to stop the pesky small arms fire so often prevalent during rioting, but not too big to drive to the grocery store (try that with a vintage M36 tank).

The guns are inert, but let’s be honest: when you roll out of the garage in this, do you think any looters will stick around to find out if they’re real? In that regard, this may be the ultimate in non-violent resistance, perfect for those opposed to the Second Amendment.

The seller says the Land Rover has just 19,000 miles on it, and not a speck of rust. Armored vehicles of any kind are getting harder and harder to find, so you could justify this to the significant other as an investment that can only appreciate over time.

Under the bullet-resistant hood is an ordinary six-cylinder gasoline engine, and many parts are common to Land Rover vehicles of the same vintage. It’s got common Lucas electronics, too, though we wouldn’t necessarily see that as a selling point given their reputation for sub-optimal reliability.

This armored patrol car is priced to move, too, with a Buy -It-Now price of just $24,500. That new Toyota Camry, which costs about the same amount of money, isn’t going to seem like such a good idea when the mob is closing in on your house, is it?