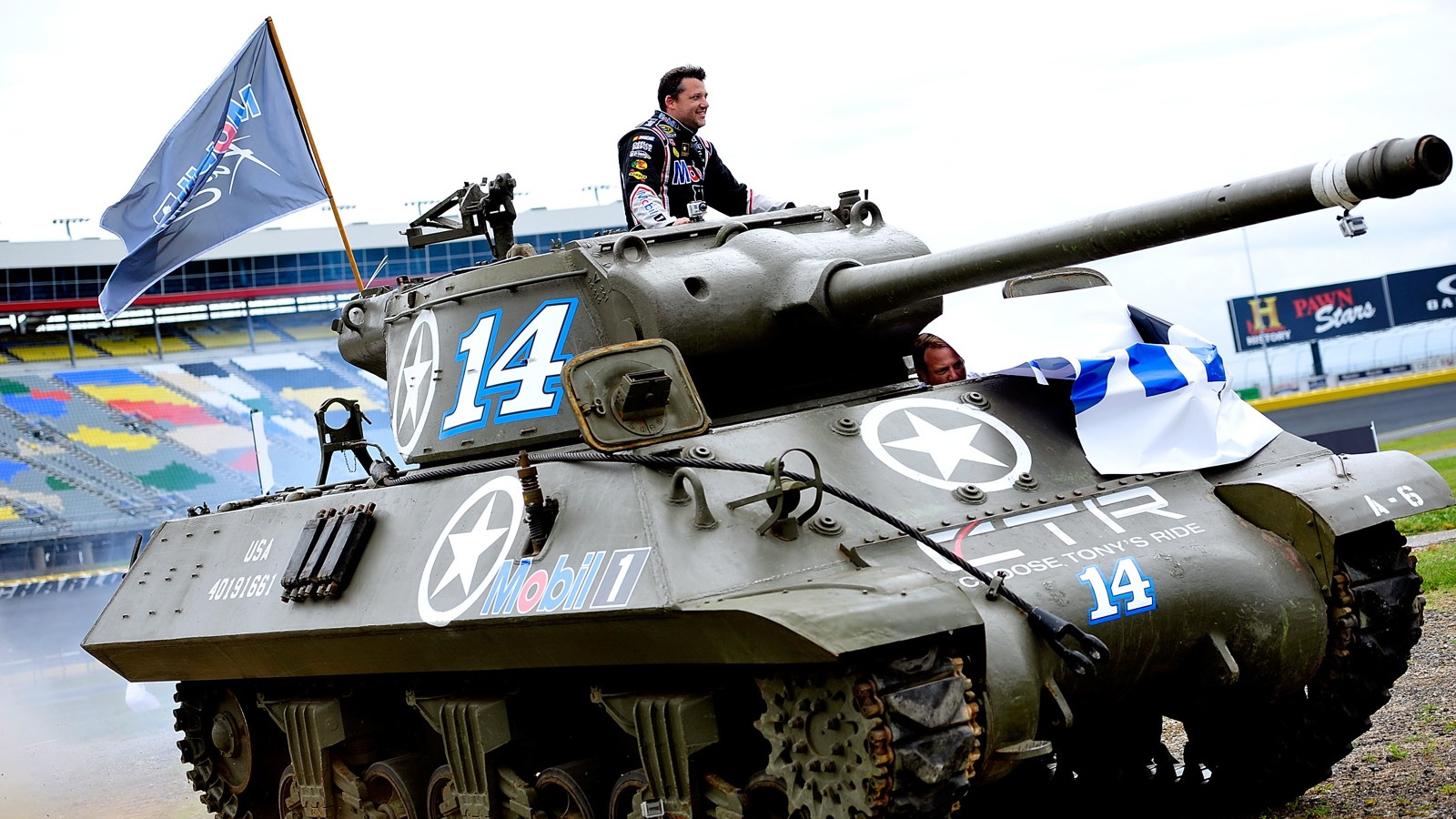 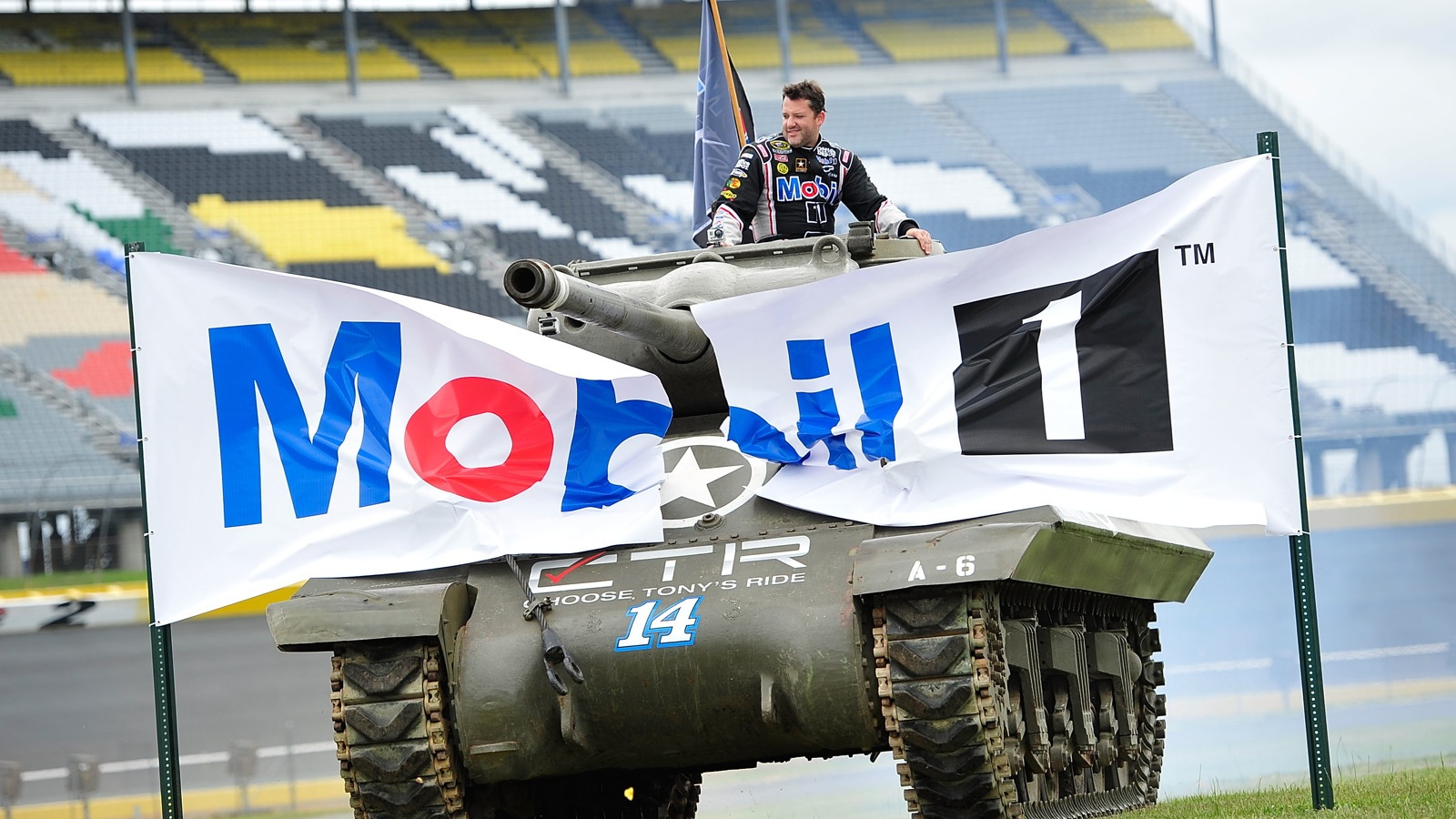 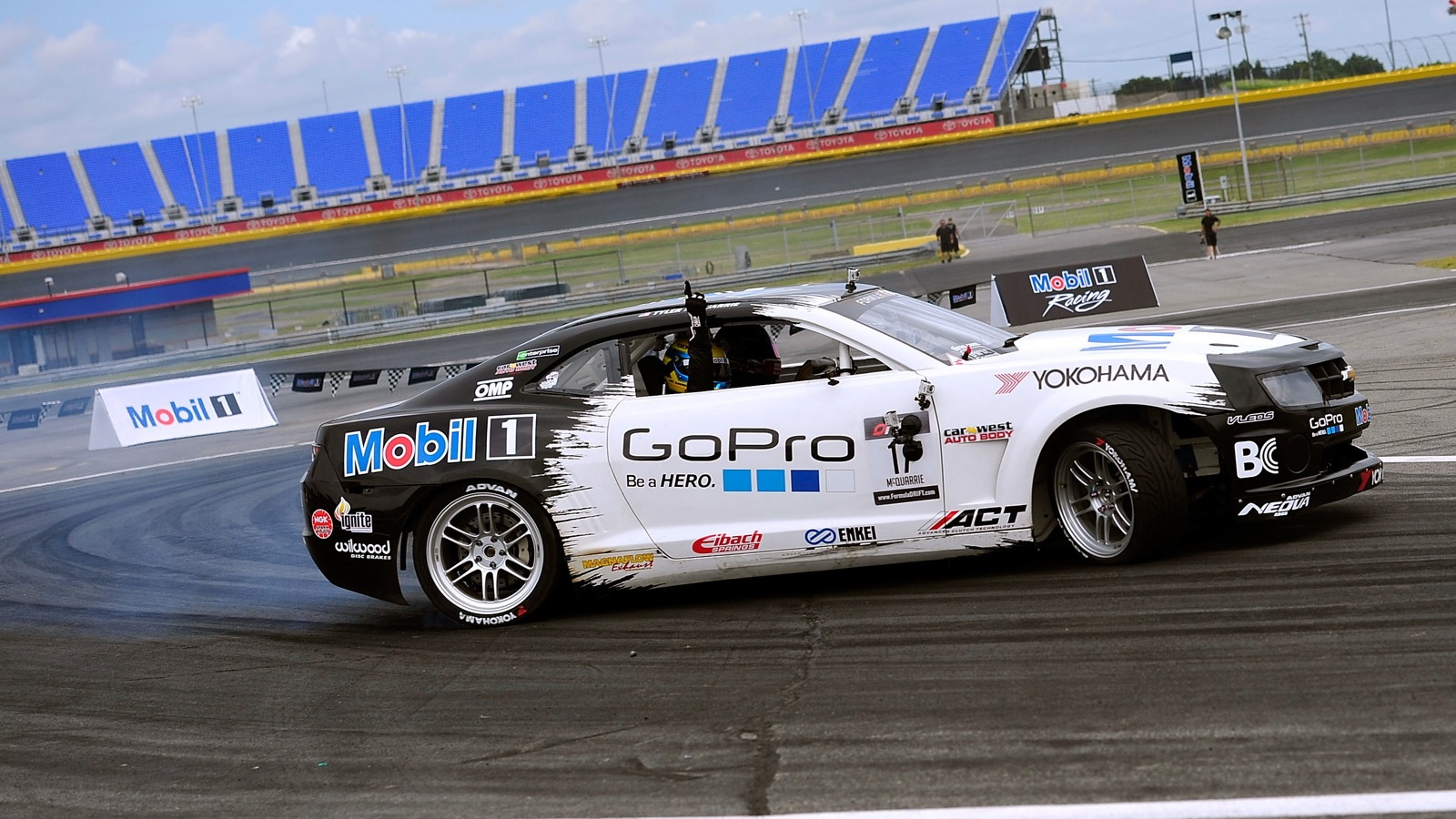 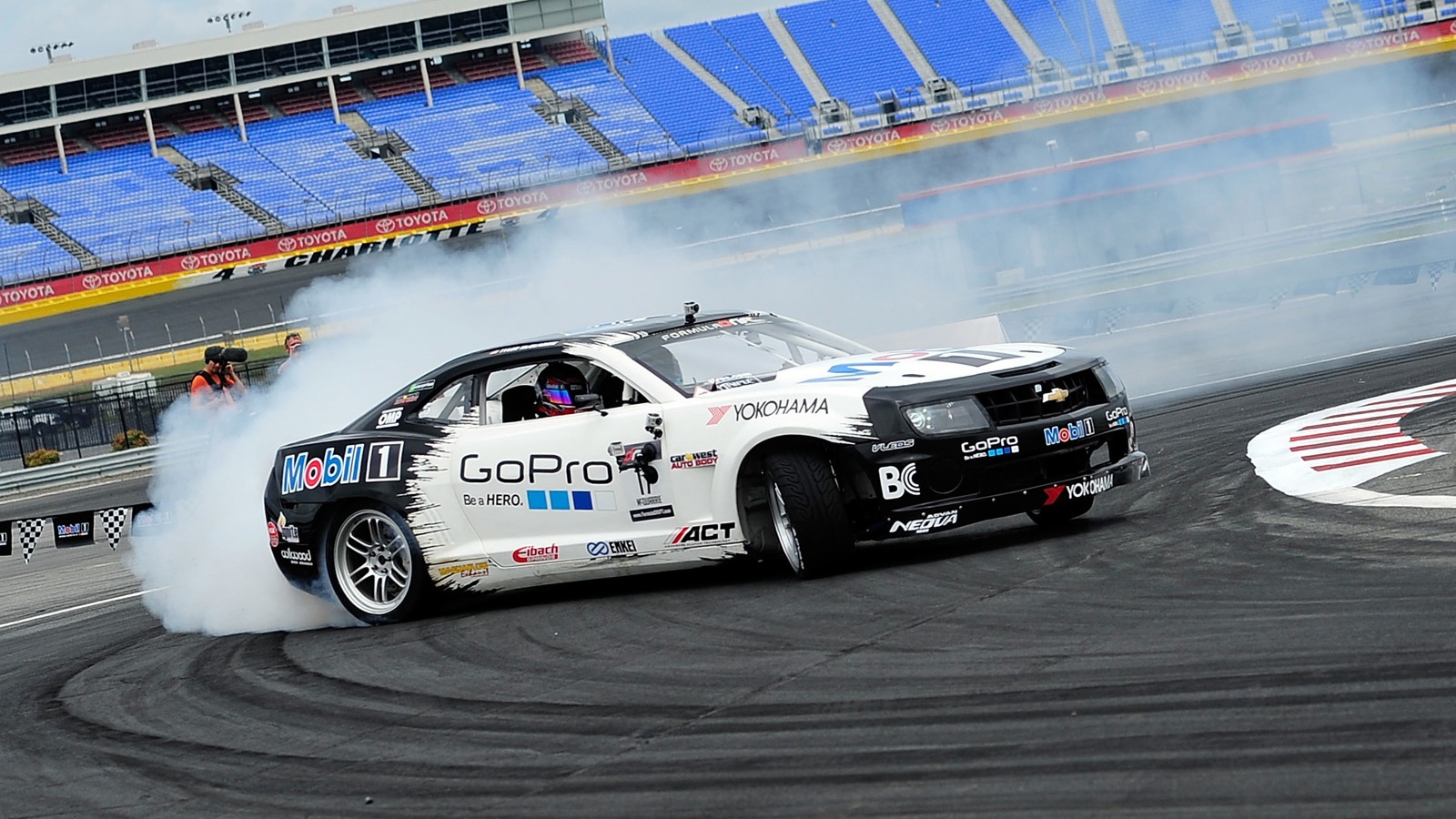 4
photos
In 2011, NASCAR star Tony Stewart and former Formula One World Champion Lewis Hamilton swapped rides at Watkins Glen as a promotion for Mobil 1 synthetic oil (which sponsors both drivers).

For 2012, Mobil 1 decided to mix things up a bit and ask fans of Tony Stewart what he should drive next. The choices were fairly diverse, ranging from a World War II vintage tank through a Formula Drift-prepared Chevy Camaro.

In between these extremes were a 1999 Chevy Astro van (with no modifications listed) and a Corvette Grand Sport from the Bob Bondurant School of High Performance Driving. Fans first voted between the Chevy Astro and the M36 Jackson tank, followed by a throwdown between the racing school Corvette and the Formula Drift Camaro.

In the end, it was tank versus Camaro, and fans chose Tyler McQuarrie’s Formula Drift car as the winner of the “Choose Tony’s Ride” contest. Stewart got some good pointers from McQuarrie on the proper way to get a car through a corner sideways with the tires spinning, but in the end, no one passes up an opportunity to drive a tank.

Despite the M36’s curb weight of 64,000 pounds and humble top speed of 26 miles per hour, Stewart seemed to enjoy driving this the most. He didn’t get to lap the Charlotte Motor Speedway in it, but playing in the infield is amusing enough when you’re behind the controls of an armored vehicle.

Given his run-in with Matt Kenseth at last weekend’s race in Bristol, Tennessee, and his promise to “run over him every chance I’ve got from now until the end of the year,” we wonder if Stewart is looking into the cost of tank rental for this weekend’s Sprint Cup race in Atlanta.