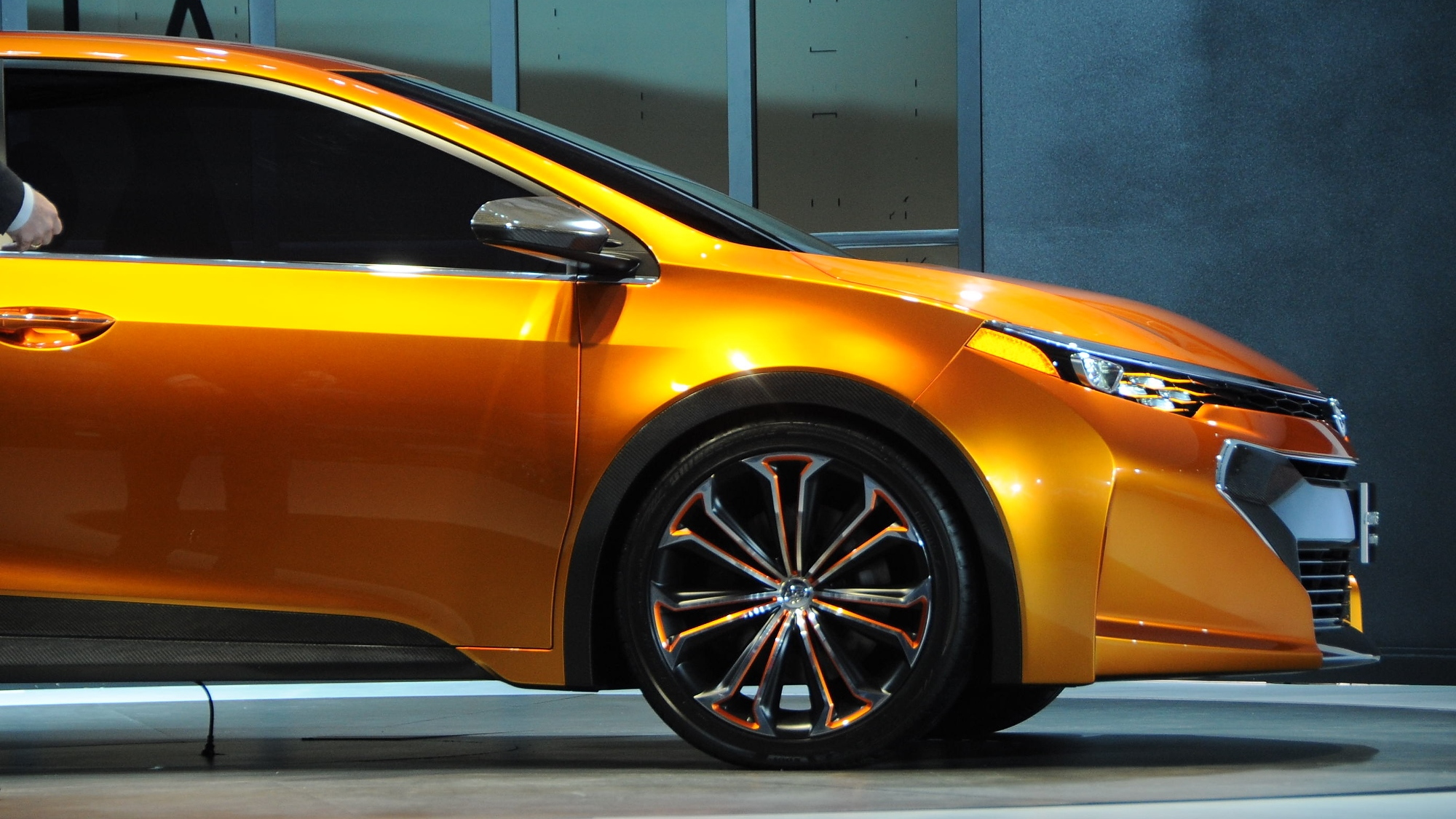 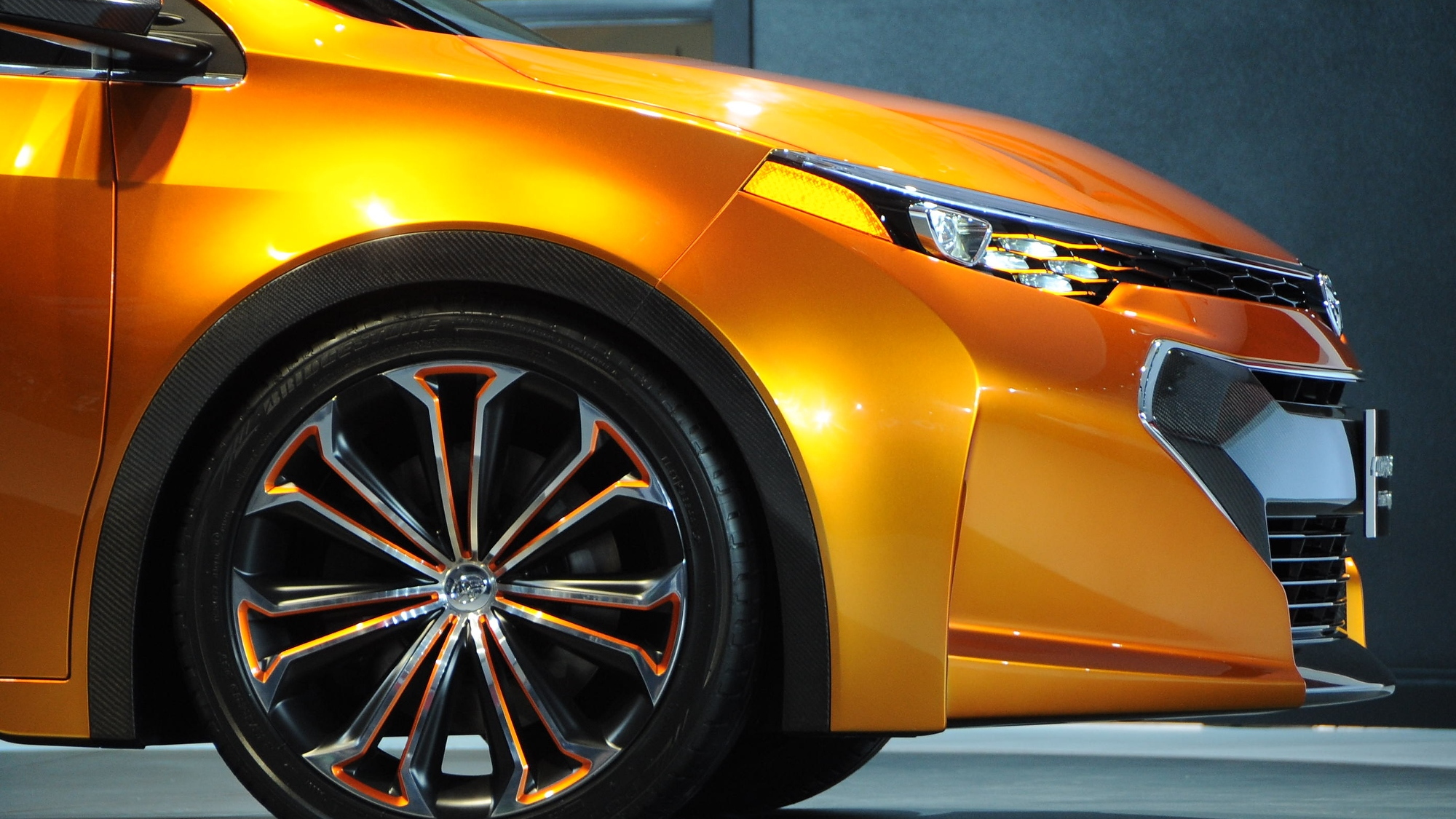 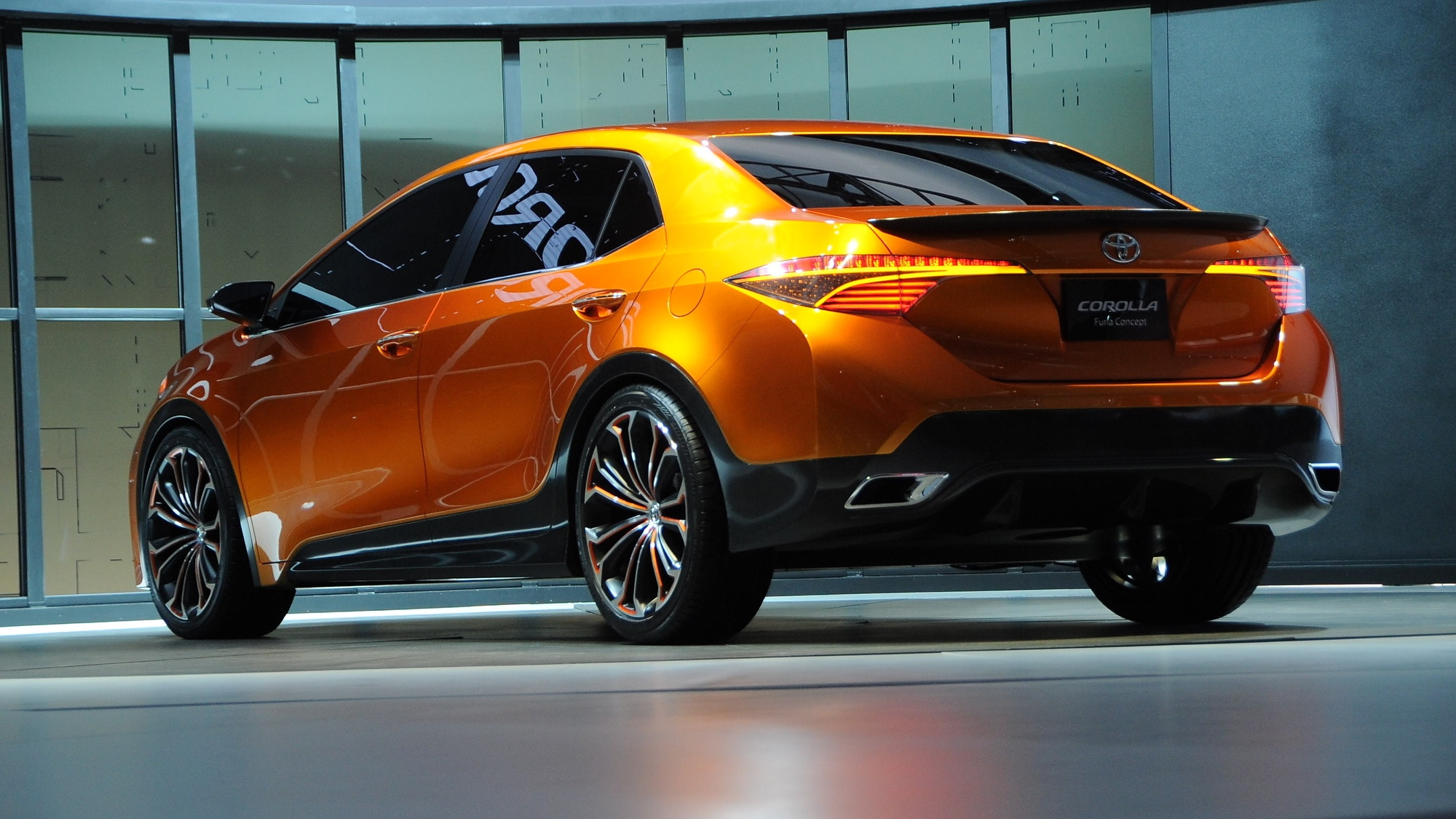 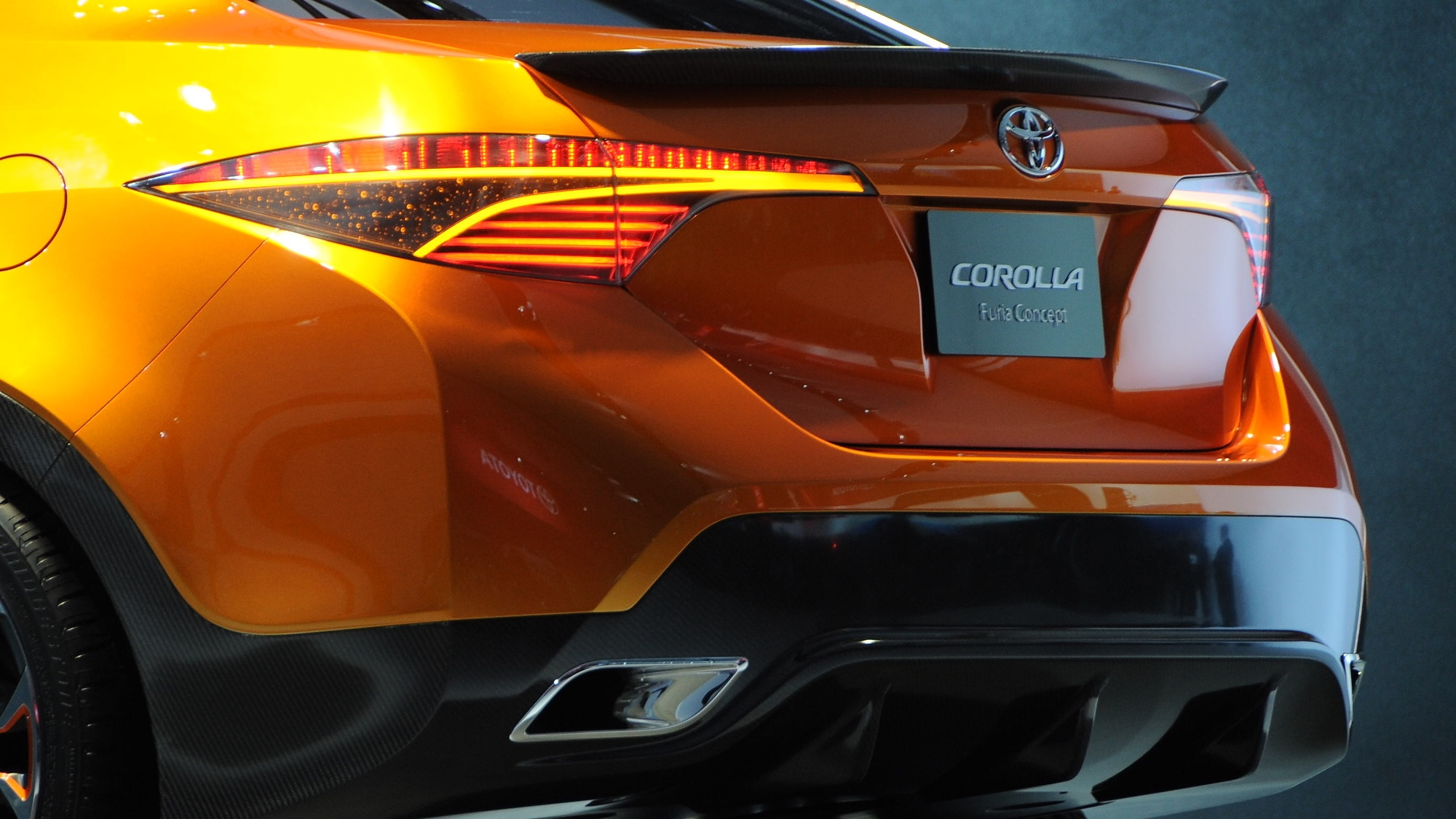 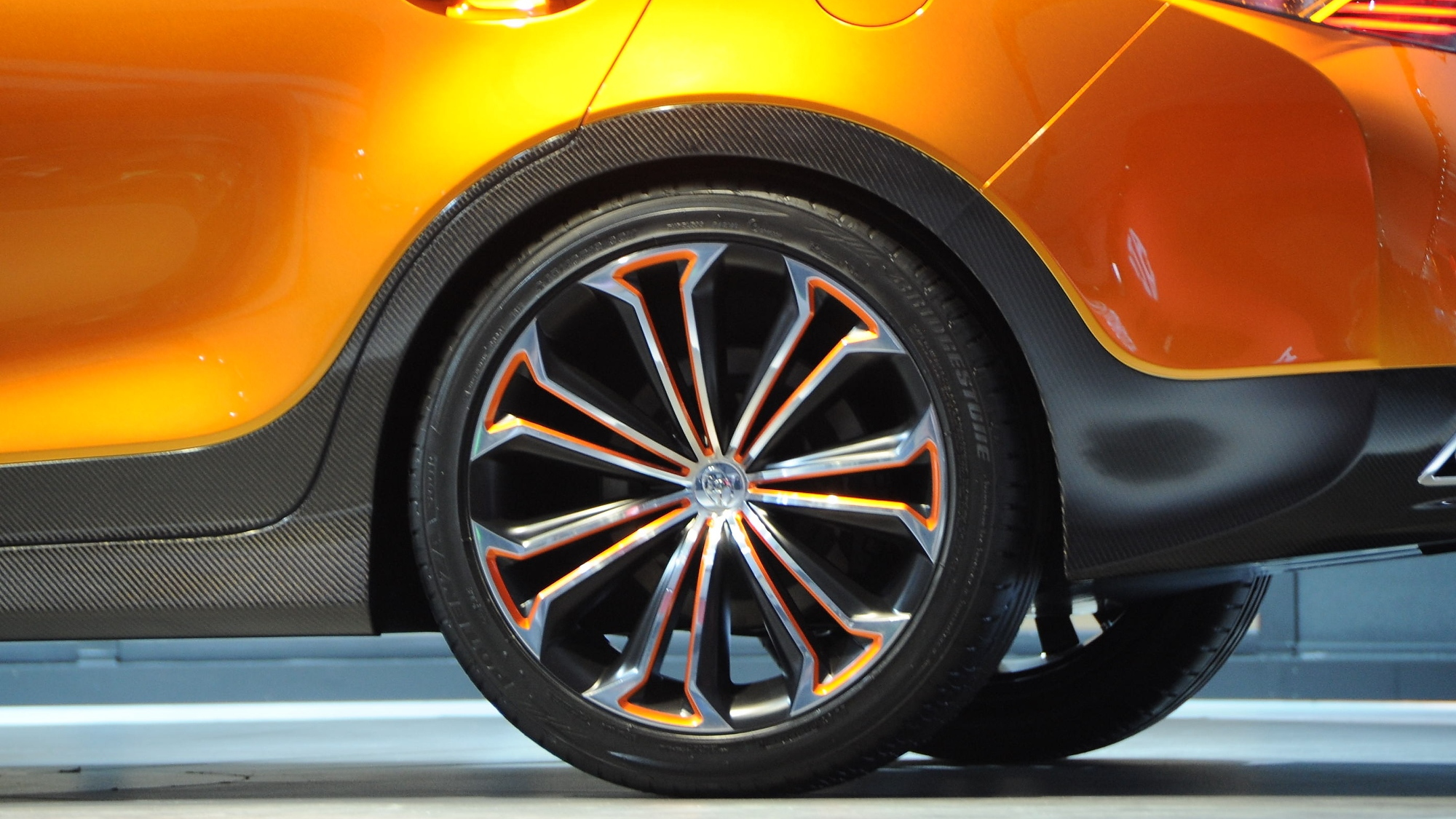 12
photos
Toyota has finally pulled the covers off its Furia concept, and we can now confirm it is indeed a preview of the next-generation Corolla compact sedan. But that may not necessarily be a terrible thing.

The current Corolla is as bland as compact cars come. But this concept features sharper lines, short overhangs, and a fluid shape.

The swept-back windshield and sloped roof remind us of Toyota's NS4 plug-in hybrid concept from the 2012 Detroit Auto Show, and Toyota did tell us that the NS4's design would influence future models. So this is one of the largest applications we've seeing of that influence.

Features on the Furia concept such as the LED lights, carbon-fiber accents and flared fenders likely won't make it onto the production Corolla, but the overall design theme, which Toyota is calling Iconic Dynamism, will definitely be heading to production.

The rear diffuser with integrated chrome exhaust finishers give the Furia a sporty appearance, while the 19-inch alloy wheels are pushed to the corners to help add visual width.

Toyota told us the Furia features a provocative interpretation of what a compact sedan can be. We don't know about all that, but we do know that it would be nice to see some of the style that was injected into the latest Avalon to spill onto the next-generation Corolla.

No powertrain details have been released, but we would expect the next-generation Corolla to be powered by a four-cylinder engine that may or may not feature direct-injection technology. We also wouldn't rule out the possibility of a hybrid model using a version of Toyota's Hybrid Synergy Drive.

We'll bring you more information as it becomes available. But in the meantime, you can keep up with all the latest from the 2013 Detroit Auto Show by following our dedicated hub here.