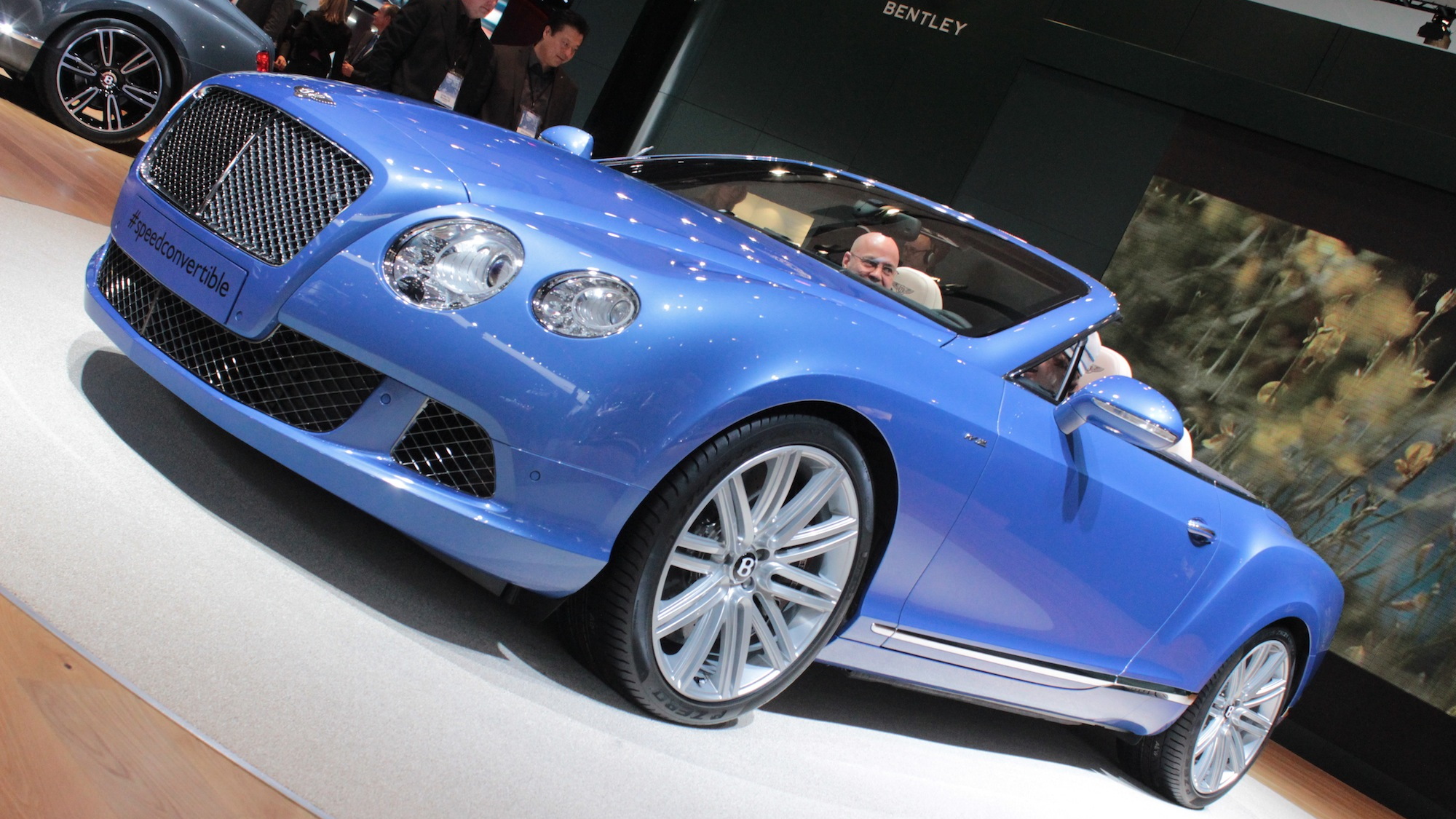 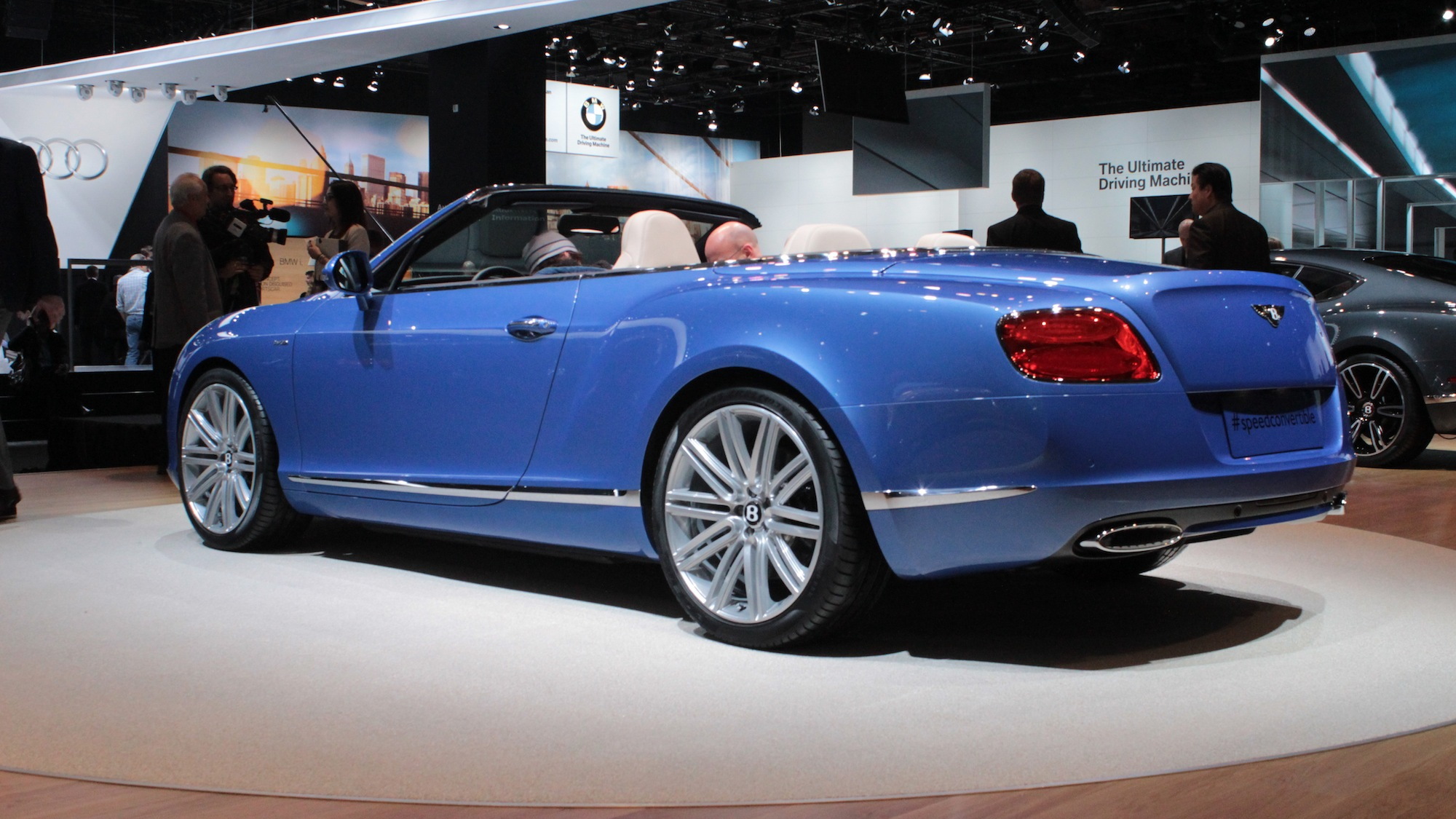 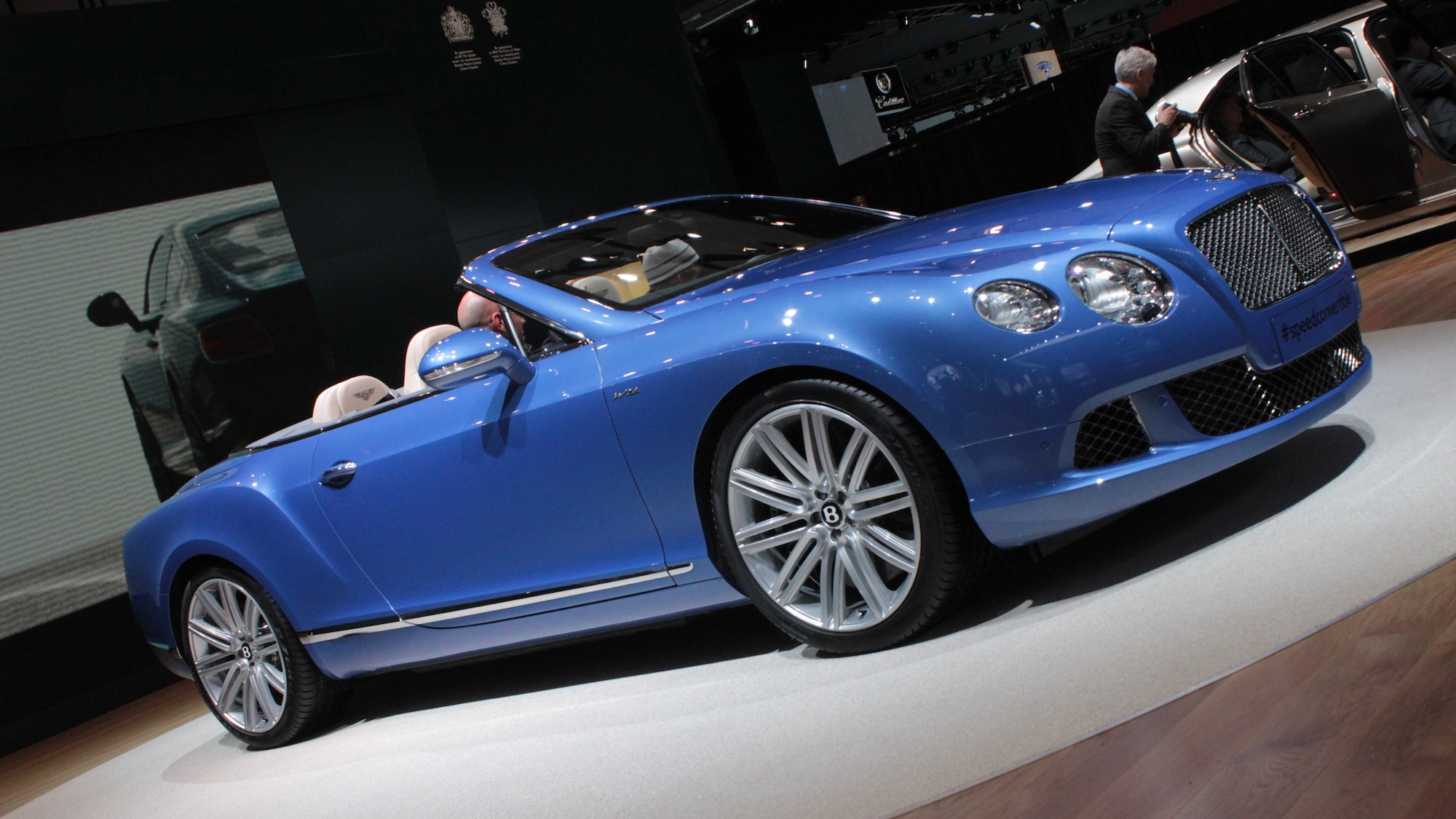 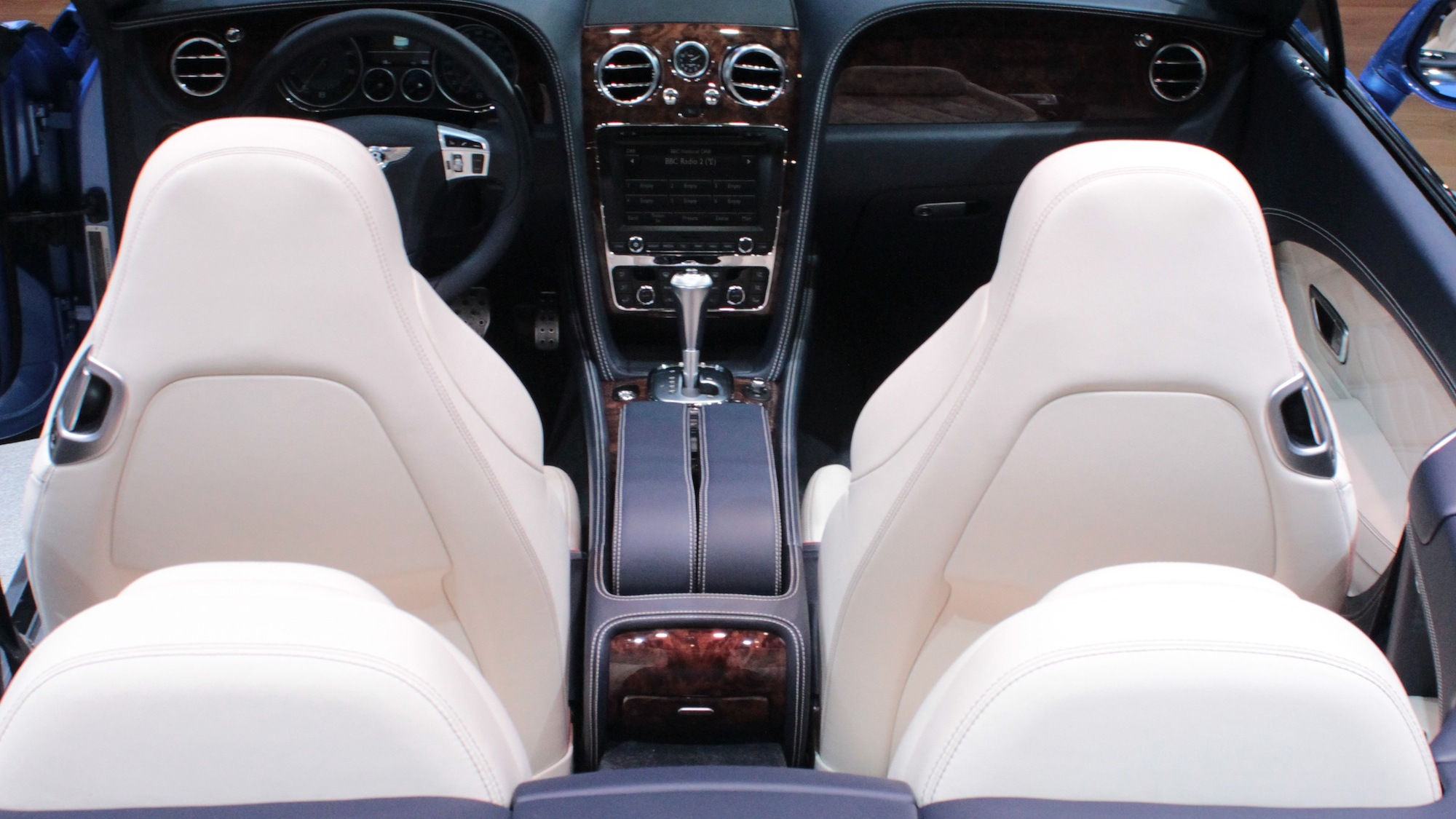 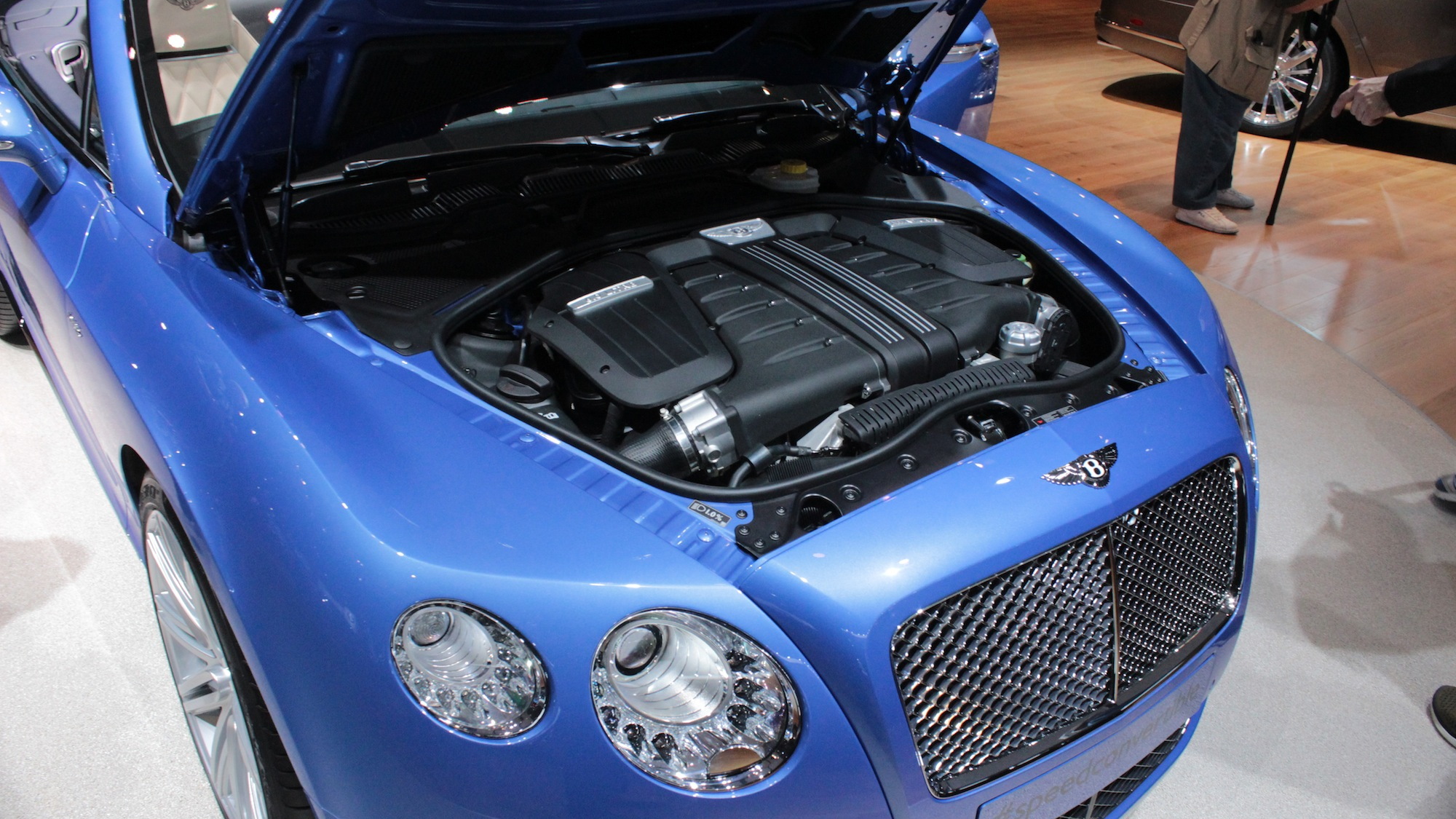 23
photos
The first live photos of the convertible version of the recently launched 2013 Bentley Continental GT Speed have hit the Web, revealing the car in full following its debut this week at the 2013 Detroit Auto Show.

This new 2013 Continental GT Speed Convertible is one of the last models in Bentley’s Continental range to receive its mid-cycle update, with new versions of the Supersports and Flying Spur now the only models still under wraps.

Though just a mid-cycle update, the changes that have been incorporated for Bentley’s latest Continental range are significant. They include slightly sharper styling, a revised interior, and a host of other upgrades under its skin.

The GT Speed Convertible, like its hardtop cousin, gets a twin-turbocharged 6.0-liter W-12 engine rated at 616 horsepower and 590 pound-feet of torque. The mighty powerplant is matched to the latest ZF eight-speed automatic transmission and drives all four wheels via a Torsen center differential.

Despite the slight bump in power and torque, increases of 16 horsepower and 37 pound-feet respectively, Bentley claims a 15 percent improvement in driving range, fuel economy and emissions. Fuel economy is expected to be 12/15 mpg city/highway and 15 mpg combined. The GT Speed hardtop gets the same figures except for a 13 mpg rating in the city.

The 0-60 mph sprint takes 4.1 seconds, just 0.1 of a second off the pace of the hardtop, while the top speed is 202 mph, making this the fastest four-seat convertible in the world. Not bad considering the vehicle has a curb weight of 5,500 pounds and can comfortable seat four in ultimate luxury. Trunk space is a reasonable 9.18 cubic feet.

For the chassis, Bentley engineers have increased the width of the track, sharpened up the steering and lowered the suspension by 10 millimeters compared to the outgoing model. The suspension consists of double wishbones up front and a multi-link setup in the rear, all with self-leveling air suspension and anti-roll bars.

The all-wheel-drive settings have also been made rear-biased. The wheels are a unique set of 21-inch alloys and come shod with Pirelli P Zero ultra high-performance tires. The brake discs are steel, though Bentley offers a carbon silicon carbide set as an option. 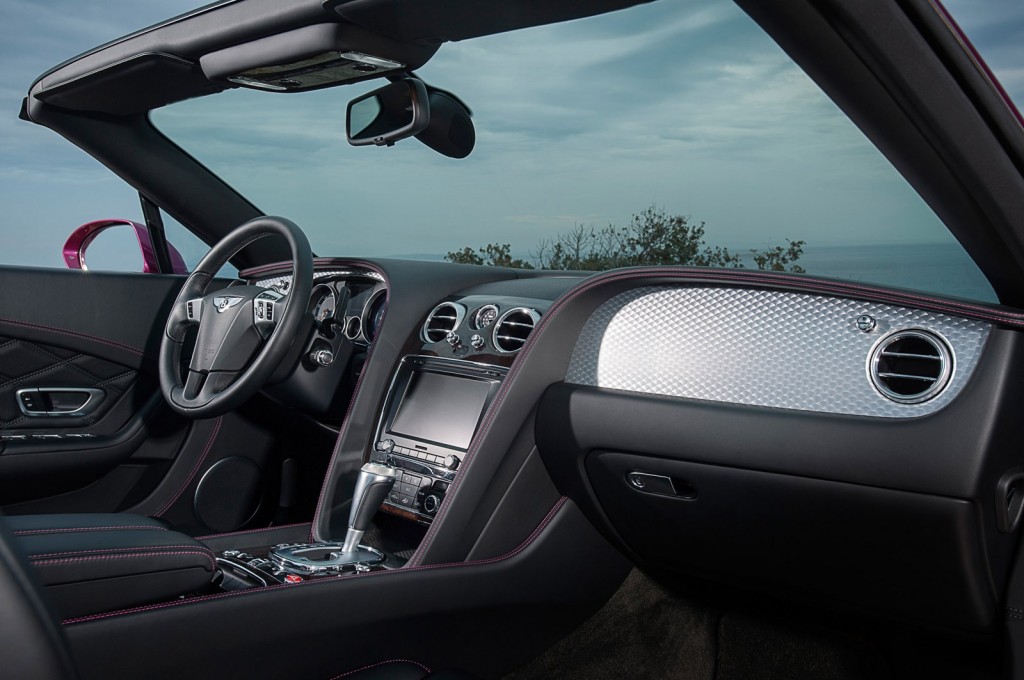 Inside, the Continental GT Speed Convertible gets the Mulliner Driving Specification (first shown on the Mulsanne in Geneva this year) as standard equipment, along with soft-touch leather hides, an extensive range of wood veneers, cool-touch metals and deep-pile carpets.

One special touch for the Continental GT Speed models is Bentley’s dark tint aluminum ‘engine spin’ finish, inspired by the dashboards of the automaker’s Le Mans winners of the 1920s.

The infotainment system features Bentley’s latest software upgrades, which vary from region to region but include refinements such as point of interest mapping, optional satellite landscape imagery, live traffic data and, where the infrastructure supports it, digital radio. The system features 15 GB of available music space, as well as the facility to play music via an iPod, MP3 player, the car’s own six-disc CD changer or SD card.

For more of the cars and concepts at the 2013 Detroit Auto Show, be sure to visit our dedicated show hub.