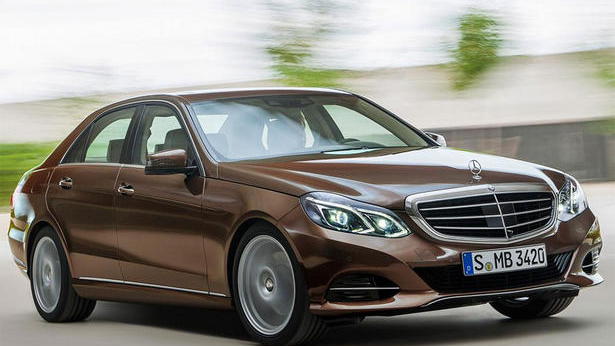 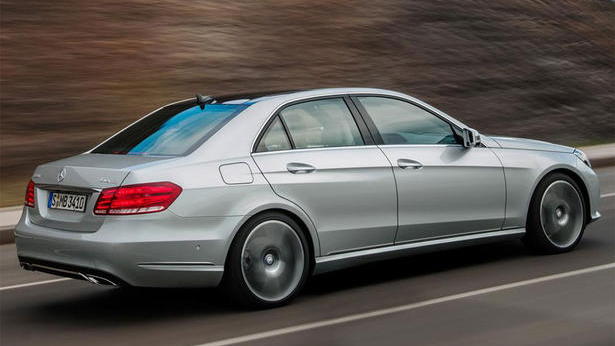 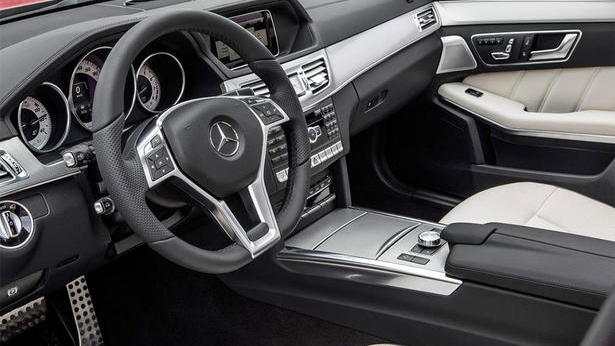 3
photos
UPDATE: The 2014 Mercedes-Benz E Class has been revealed. Click here for all the details.

Next month, Mercedes-Benz will debut a facelifted version of its E Class range at the Detroit Auto Show. A teaser video released last month focused on the new car’s bold, single-unit headlights, which replace the conventional dual-unit design on the current car.

There’s a good reason for that, apparently. As these leaked images show, the headlights and taillights are the most striking difference between the current 2013 E Class and the updated version, due in Mercedes-Benz showrooms early next year.

The front bumper styling is noticeably different, as are the lines of the rear fenders and rear bumper. Out back, the “pontoon” rear fender design of current models is replaced by a more graceful character line, while a new rear fascia seems to minimize the size of the car’s back end.

The front grille appears to be more rounded on the 2014 variant, and air intakes are far more pronounced than on previous models. We suppose this is Mercedes’ attempt at making the car appear more sporting in nature, thus more appealing to a younger demographic. Like the car it replaces, the new E Class is expected to come in sedan, coupe, cabriolet and station wagon variants. A new E63 AMG version is expected, too.

The E Class is a mainstay of the Mercedes-Benz product line, so any design evolution is likely to be a gradual one. We say the styling updates do an admirable job of keeping the E Class fresh without diminishing its appeal to current owners, but what’s your take? Has Mercedes-Benz gone too far with the new E Class, or has it not gone far enough?