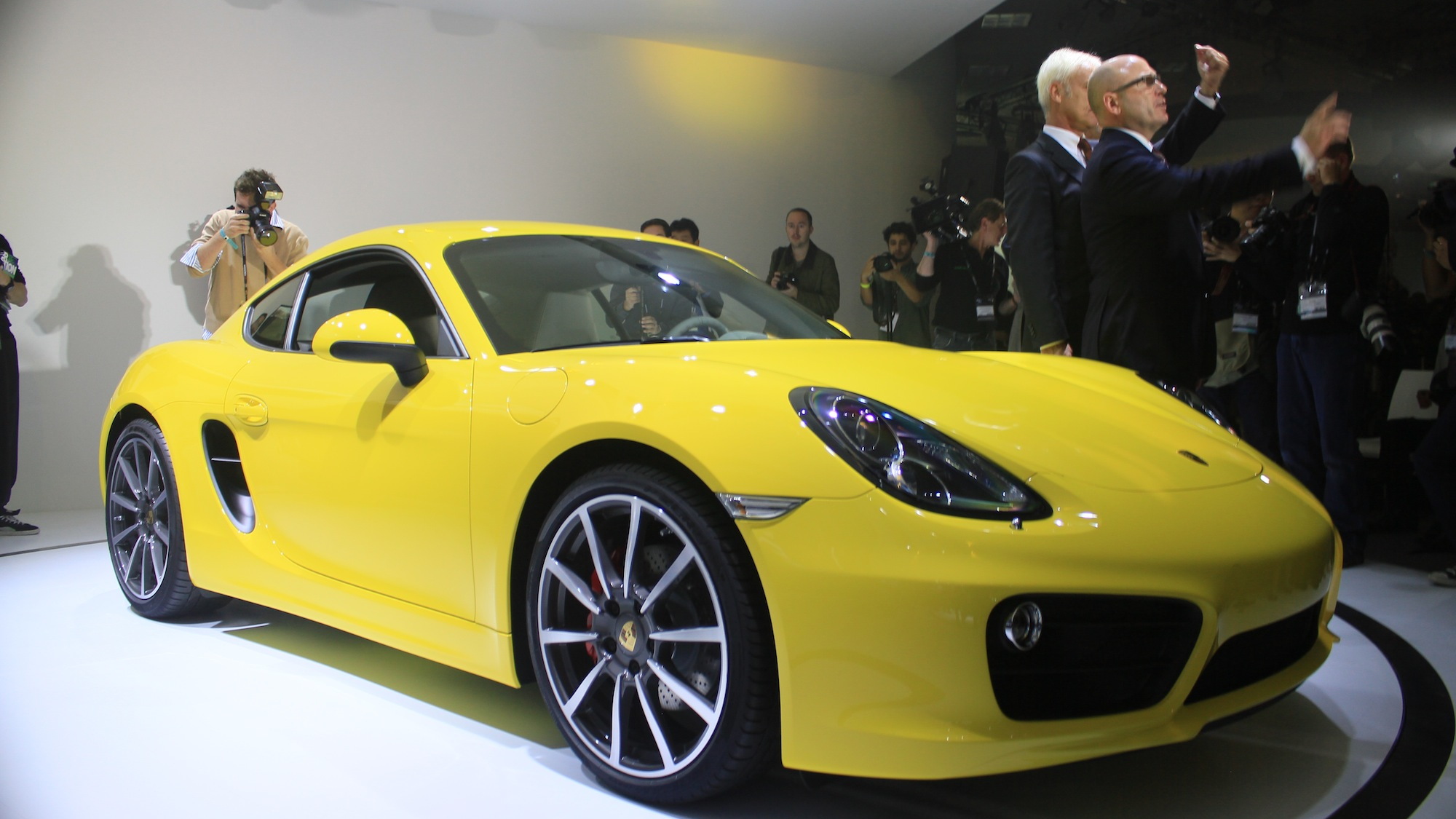 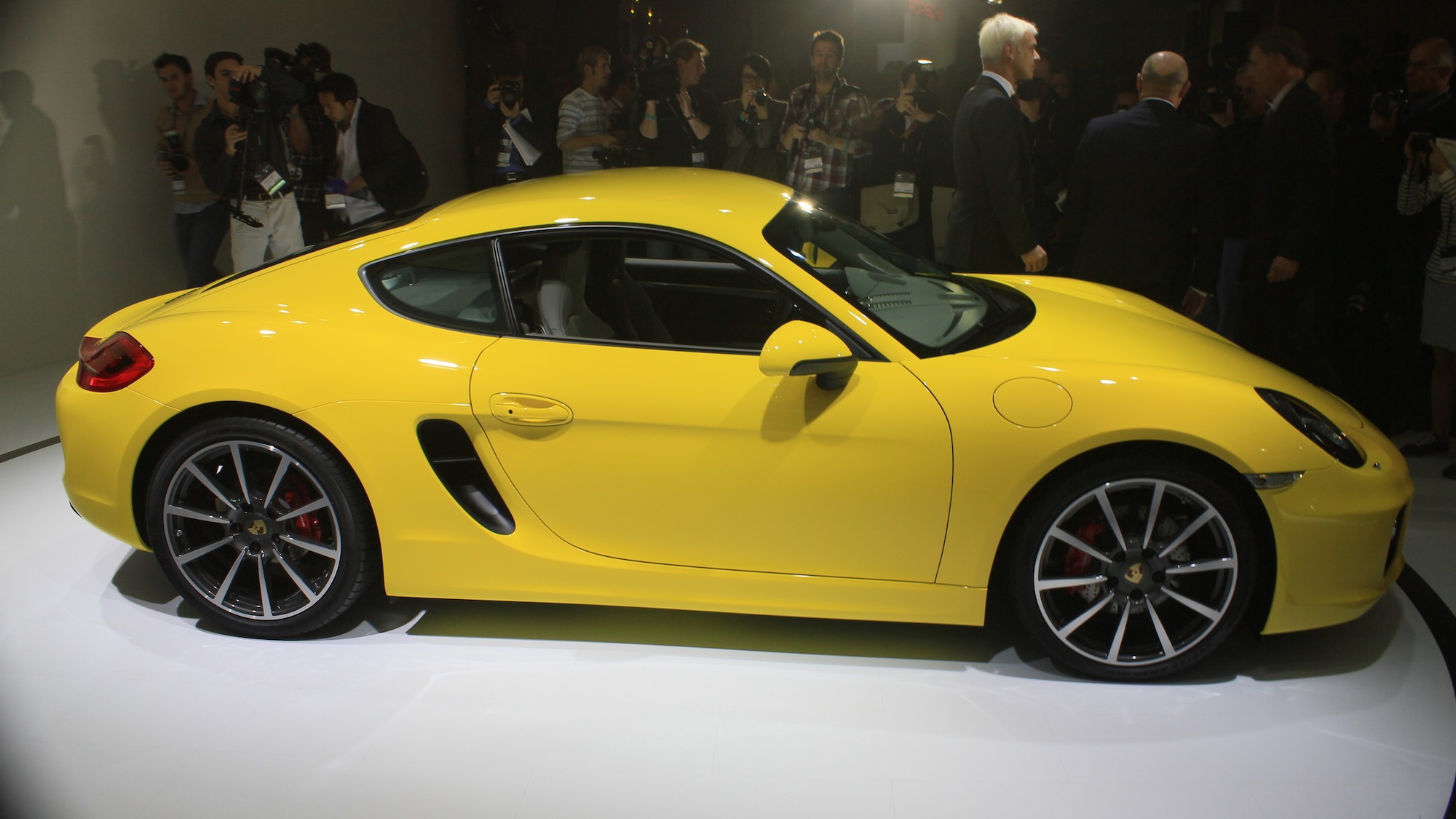 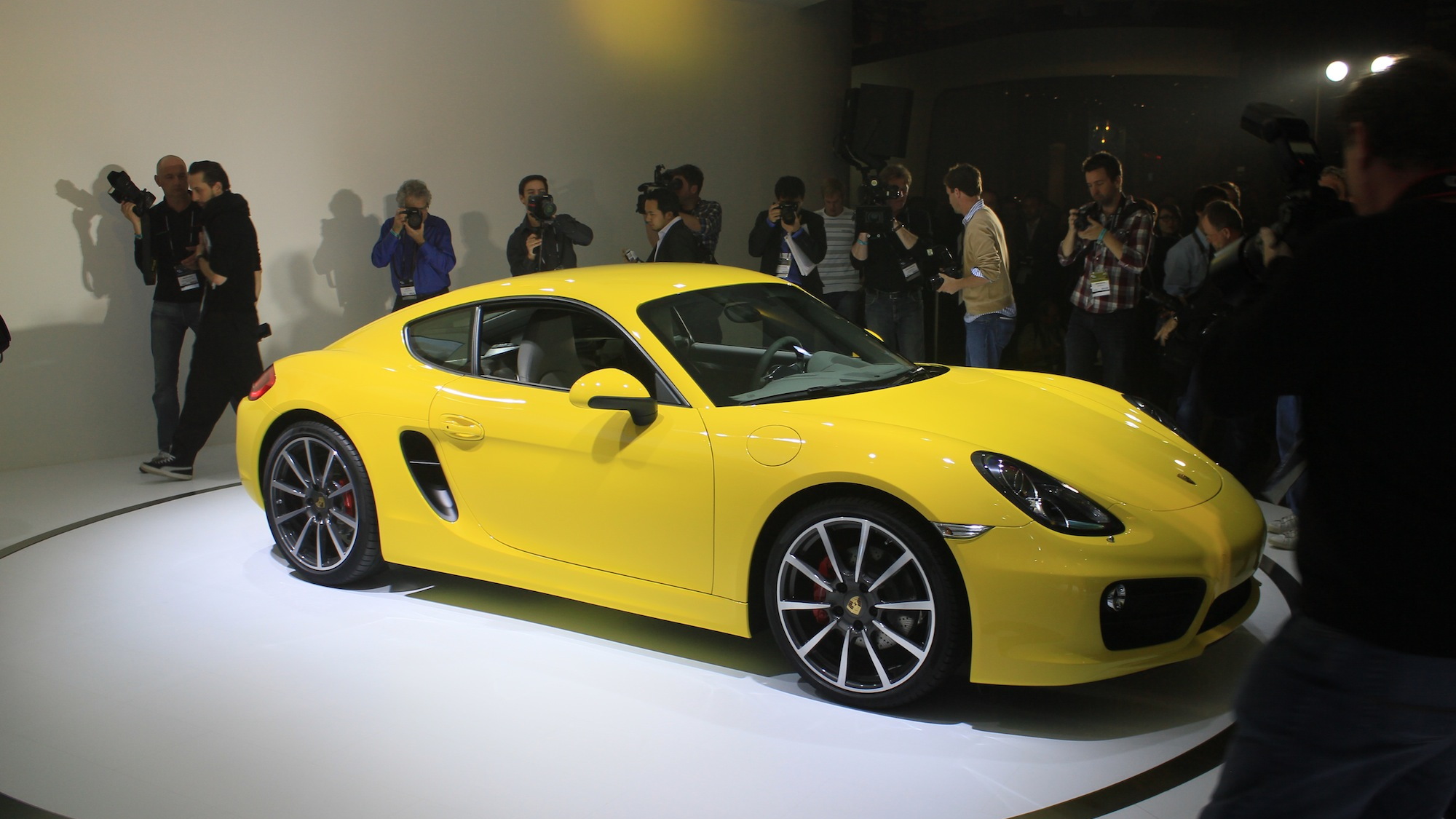 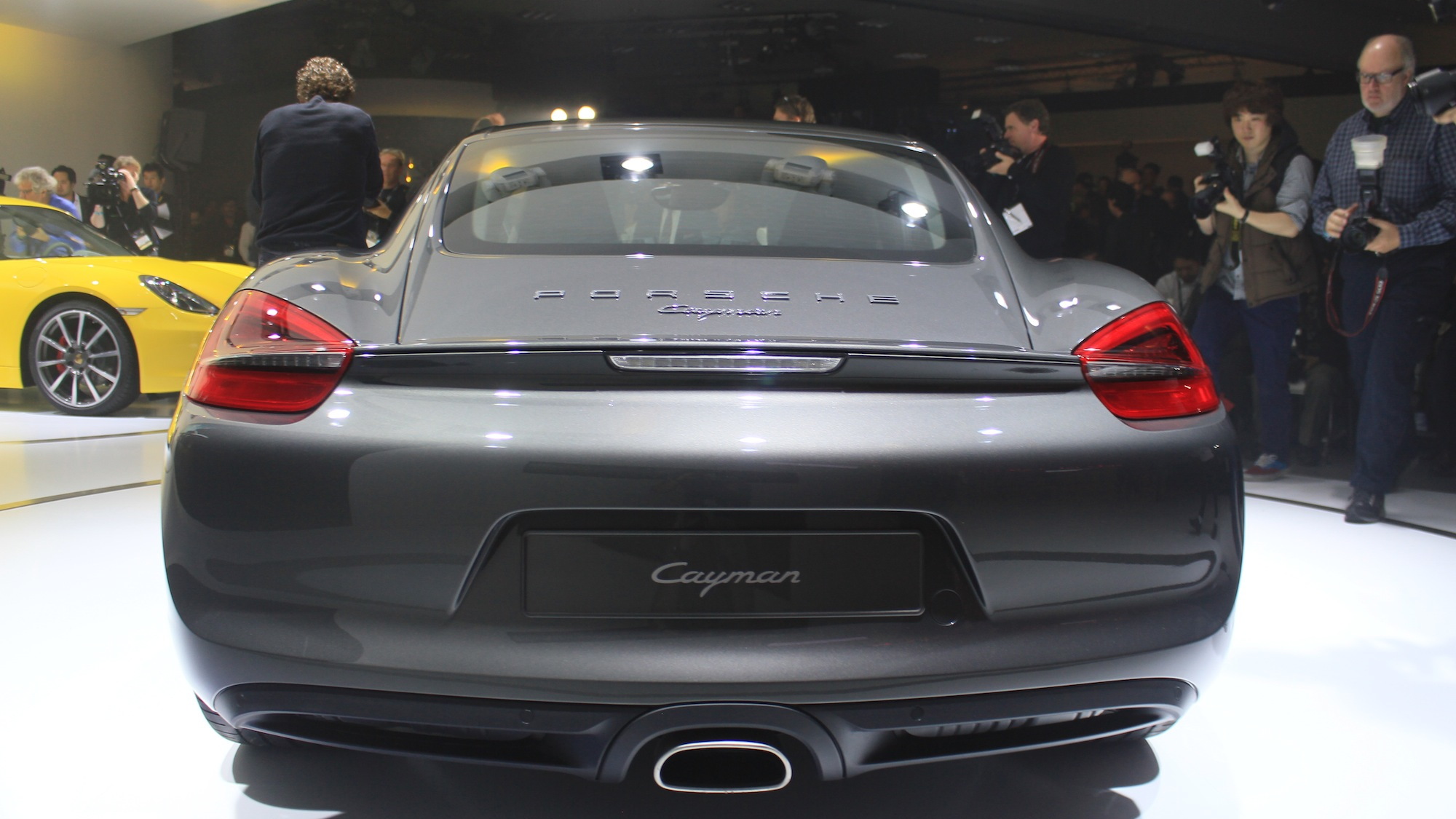 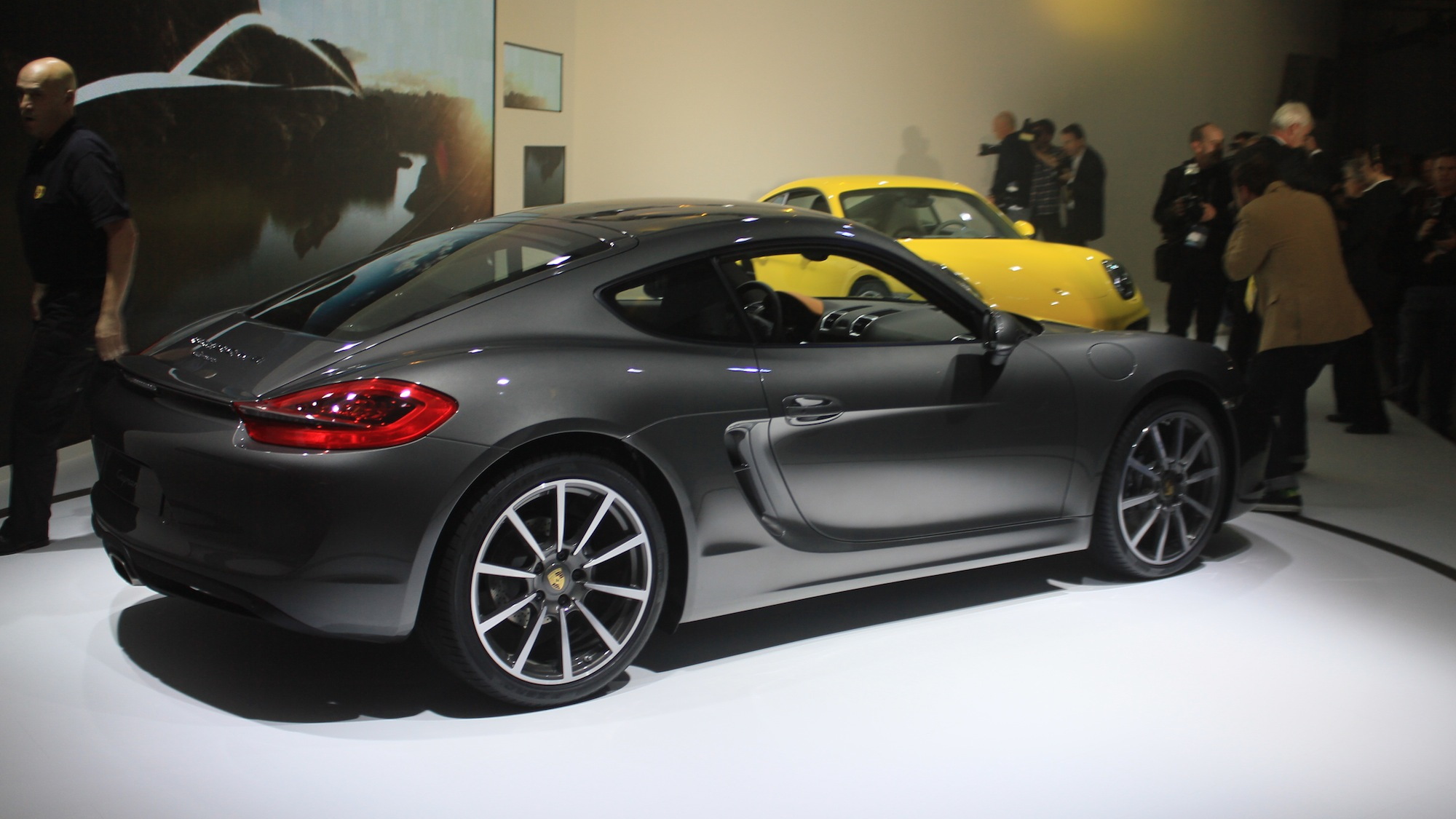 19
photos
If you've read our first drive report on the 2013 Boxster, you know just how much we love it--and how much you should too, if you're into fast, fun, good-looking and feature-packed cars, at any rate.

Now, the hardtop Cayman joins its drop-top sibling, bringing with it the same upgrades and improvements over the previous model, and a touch more power than the Boxster as well.

Changes from the previous Cayman are comprehensive; the 2014 model is longer, lower, and lighter, as well as faster and more powerful.

The styling, however, may be the standout aspect of the new Cayman, at least on first impressions, just as it was with the Boxster. The look is fresh, sharp, and purposeful. Inside, it's also much dressier, while still being useful, as long as you don't mind a center console lined with buttons.

Two versions will be offered initially, the 2014 Cayman and Cayman S, both available in six-speed manual or seven-speed PDK dual-clutch versions. The standard Cayman uses a 2.7-liter flat six-cylinder engine rated at 275 horsepower. With the optional Sport Chrono package, it can get to 60 mph in 5.1 seconds when equipped with PDK.

Gas mileage is pretty good, too, especially for a luxurious sports coupe. Cayman S manual transmission models rate 20 mpg city and 28 mpg highway, while the PDK raises those figures to 21/30 mpg. The standard Cayman is slightly more efficient, rating 21/30 with the manual and 22/32 with the PDK.